OnePlus 7 and OnePlus 7 Pro 5G: Everything You Need to Know 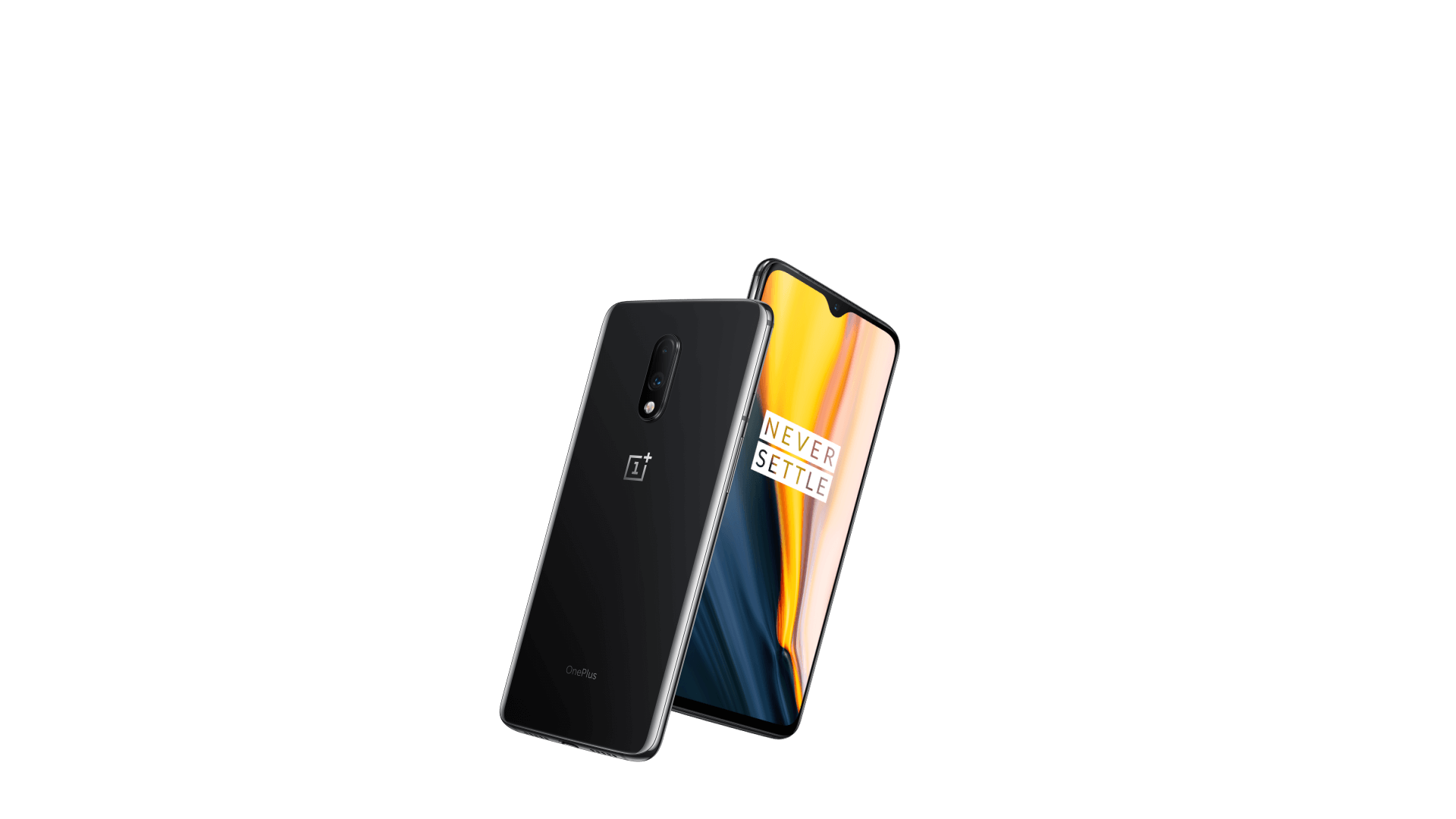 Historically speaking, OnePlus launched one phone at a time. This year however, we get to have a second smartphone: the OnePlus 7. We were able to spend some time testing the OnePlus 7, and our main takeaway is that this is a great phone on the smartphone market. However, it ought to be said that it does not differ greatly from its predecessor, the OnePlus 6T. 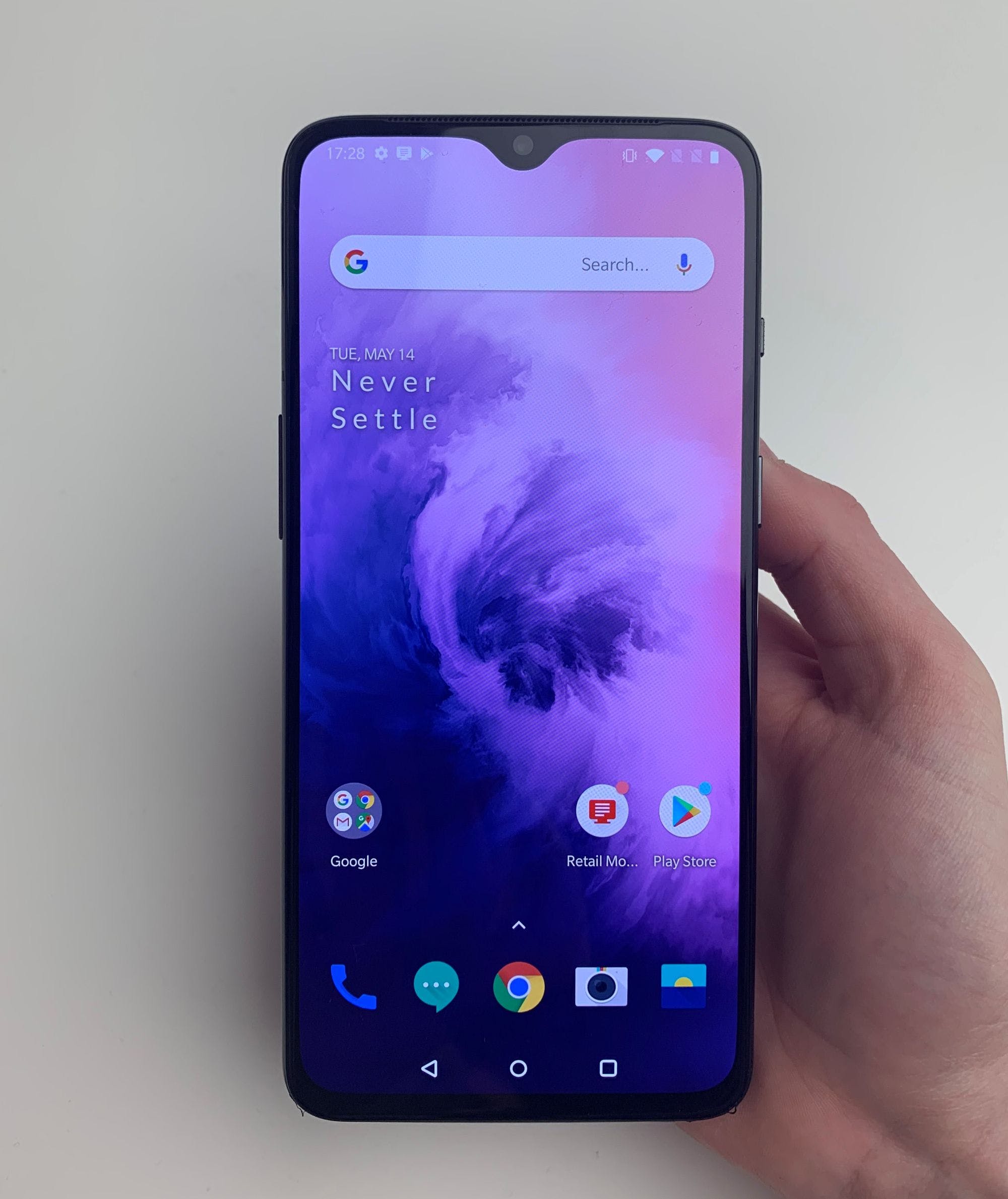 The OnePlus 7 is very similar to the 6T with a classic OnePlus look. It comes with a notched display which looks rather outdated compared to its all-screen OnePlus 7 Pro sibling. However, the OnePlus 7 has a clean design and a 6.41 inch AMOLED display. It also still has a fan favourite- the silence slider.

One of the main differences between the OnePlus 7 and the OnePlus 7 Pro is the OnePlus 7's camera- it has a dual camera set-up on the back. It must be said, the 48MP and 5MP lens duo are a noticeable improvement from the OnePlus 6T. The main sensor does most of the photography, while the second sensor can be used for the bokeh effect when shooting in Portrait mode. Another difference to the OnePlus 7 Pro is the fact that the front camera does not pop out, and it is inside a water drop cutout at the top of the display in the centre. We hope that the OnePlus 7's front camera will not create overexposed photos, and that the photos will look great under the right lighting conditions. 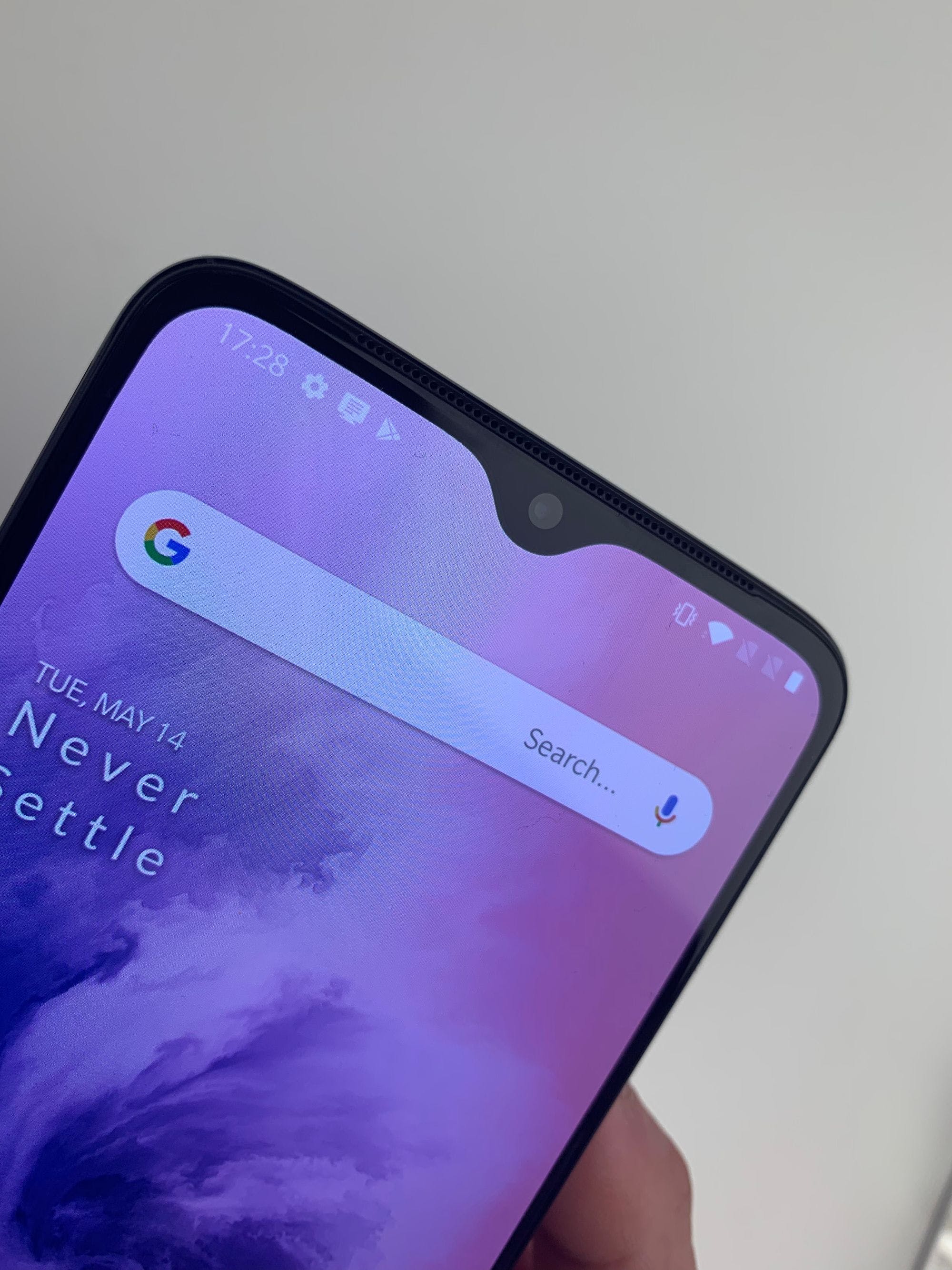 The OnePlus 7 comes with Oxygen OS over Android 9. OnePlus have also included a few new software features such as Zen Mode to help you to maintain your digital well-being. There is also the same chipset as the one in the OnePlus 7 Pro: the Snapdragon 855. This hardware spec is very welcome as it means that the OnePlus 7 will not disappoint in terms of performance. The RAM configurations are also generous as you can pick a device with 128GB of internal storage with 6GB of RAM or a 256GB with 8GB of RAM.

Fast charging and a 3,700 mAh battery mean that you can go for quite some time before running out juice. OnePlus claims that the OnePlus 7 charges 80% faster than the Samsung Galaxy S10 Plus.

OnePlus have also included an additional lens into their optical fingerprint sensor and have increased the size for faster unlocking. In our opinion, the OnePlus finger unlock is very fast and easy to use.

The new OnePlus 7 is also equipped with Dolby Atmos stereo speakers for a more immersive sound experience. While this is a welcome addition, we found that the audio experience on the OnePlus 7 has overall been quite overlooked. Hopefully this will be improved in their next generation of phones.

The new OnePlus 7 with 6GB of RAM and 128Gb of internal storage costs £499. A variant with higher specs will cost you £50 more. Availability dates have not yet been confirmed, but this will probably be sometime in June.

OnePlus have unveiled a 5G version of the OnePlus 7 Pro, which is a promising offering from OnePlus given the hype for 5G. It will launch on EE's 5G network later this year. 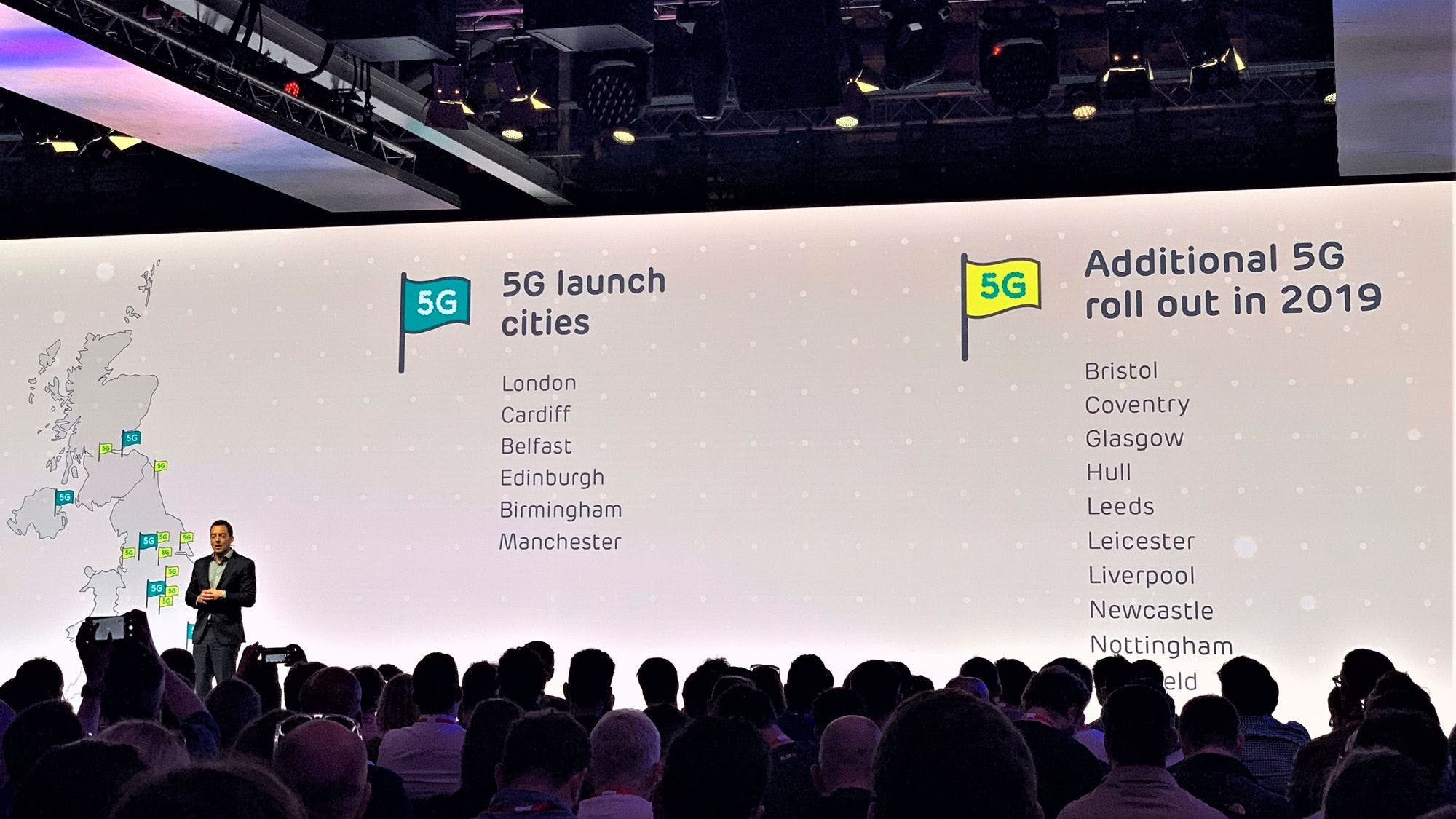 The 5G model is more or less identical to the OnePlus 7 Pro. We got our hands on the OnePlus 7 Pro 5G in the demo area at the launch event and appearance wise we were not able to tell the two Pro models apart just by looking at them. The 5G has the same all-screen look with minimal bottom bezel, motorised pop-up front camera, curved edges and triple rear camera. 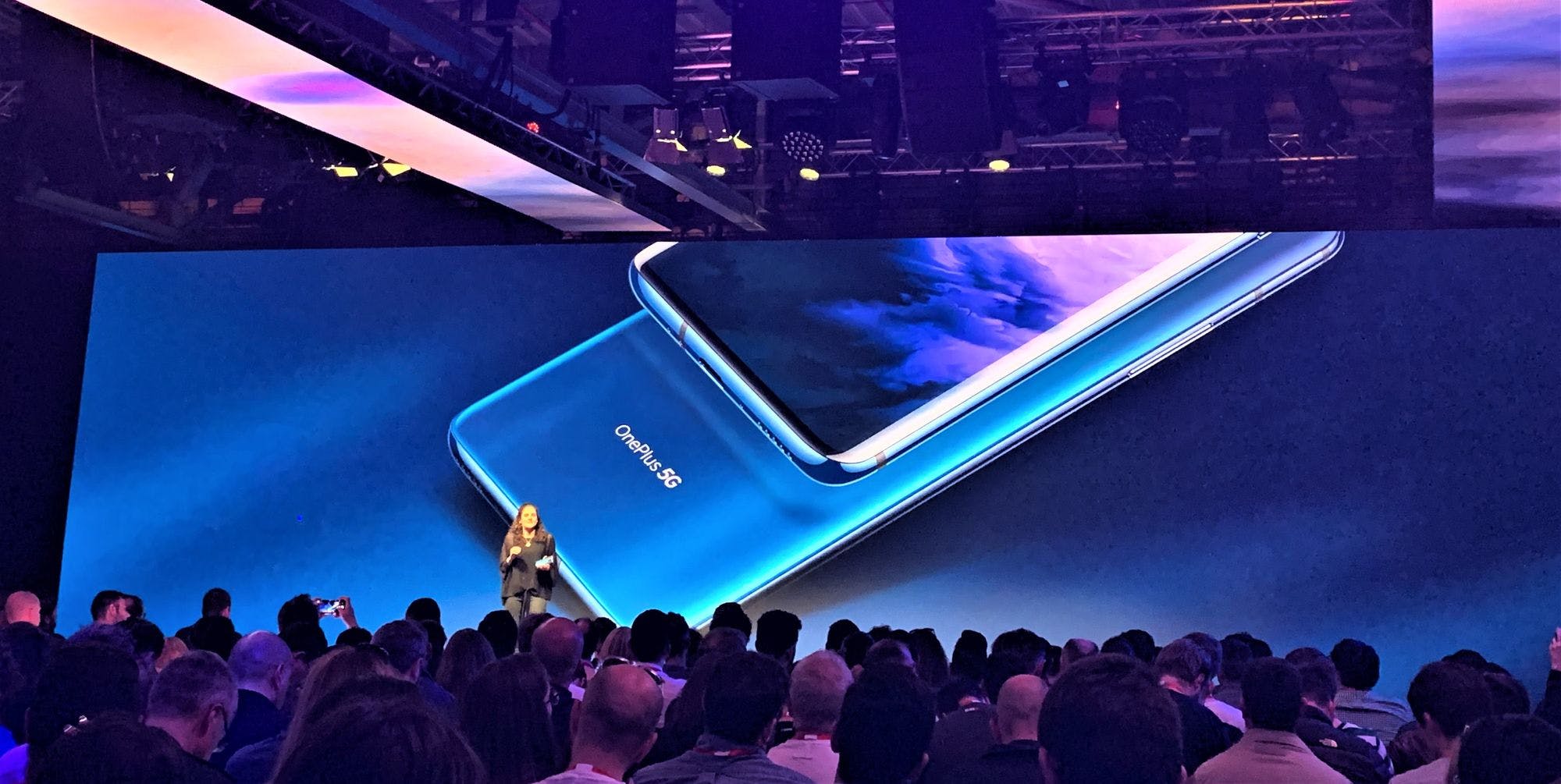 The main differences are inside the device. The Pro 5G is powered by the Snapdragon 855 chipset but is coupled with a Snapdragon X50 5G modem. OnePlus have redesigned the 5G and NFC antennas which was a successful endeavour given that the 5G model is not thicker than the OnePlus 7 Pro.

Below are the OnePlus 7 Pro 5G specs:

When you consider how expensive phones are at the moment, the OnePlus 7 delivers a great package for under £500. This is certainly an affordable handset with a lot of exciting upgrades. It is great to see that OnePlus is keeping its low price offering without compromising on quality.

The OnePlus 7 Pro 5G device shows that OnePlus is ready for the future as 5G is going to be the next notable development within the mobile phone industry. All major Android phone makers have already included 5G enabled devices in their line-ups. It is a beautiful device ready for the new era of mobile connection. If you already own a OnePlus 6T device on EE, you could be one of the first lucky people to first experience a 5G-capable OnePlus device. EE have announced that they will be choosing 100 customers to receive the brand new OnePlus 7 Pro 5G.