The OnePlus 7 Pro Is Official 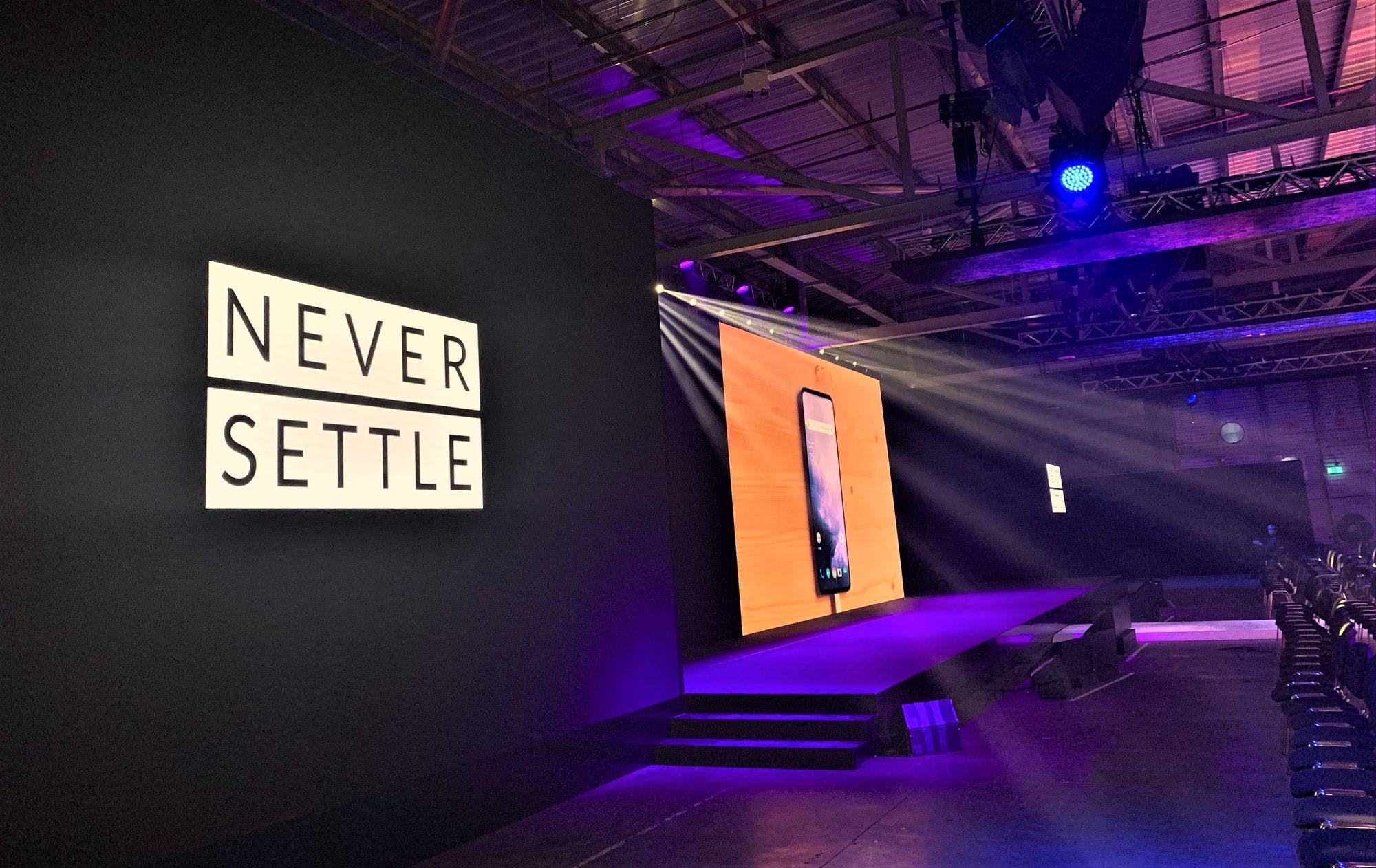 The OnePlus 7 series was launched in London yesterday and the Compare and Recycle team had the opportunity to attend this event, so we were able to test the new OnePlus 7 Pro for ourselves.

After months of rumours and hype, the OnePlus 7 Pro has finally been presented to the public. The Pro model has emerged as a strong competitor against the high-end Android flagships such as the Samsung Galaxy S10 and the Huawei P30 Pro.

The OnePlus mantra "never settle" truly comes into play aesthetically, with a premium finish and an overall improved standard of devices. The OnePlus 7 Pro is OnePlus' first foray into the ultra-premium space, attempting to convince its loyal consumers that the increased price tag is justified. It must be said, the Pro model is unlike anything we have seen before from OnePlus. It comes with a curved design which looks elegant and is comfortable to hold in your hand. 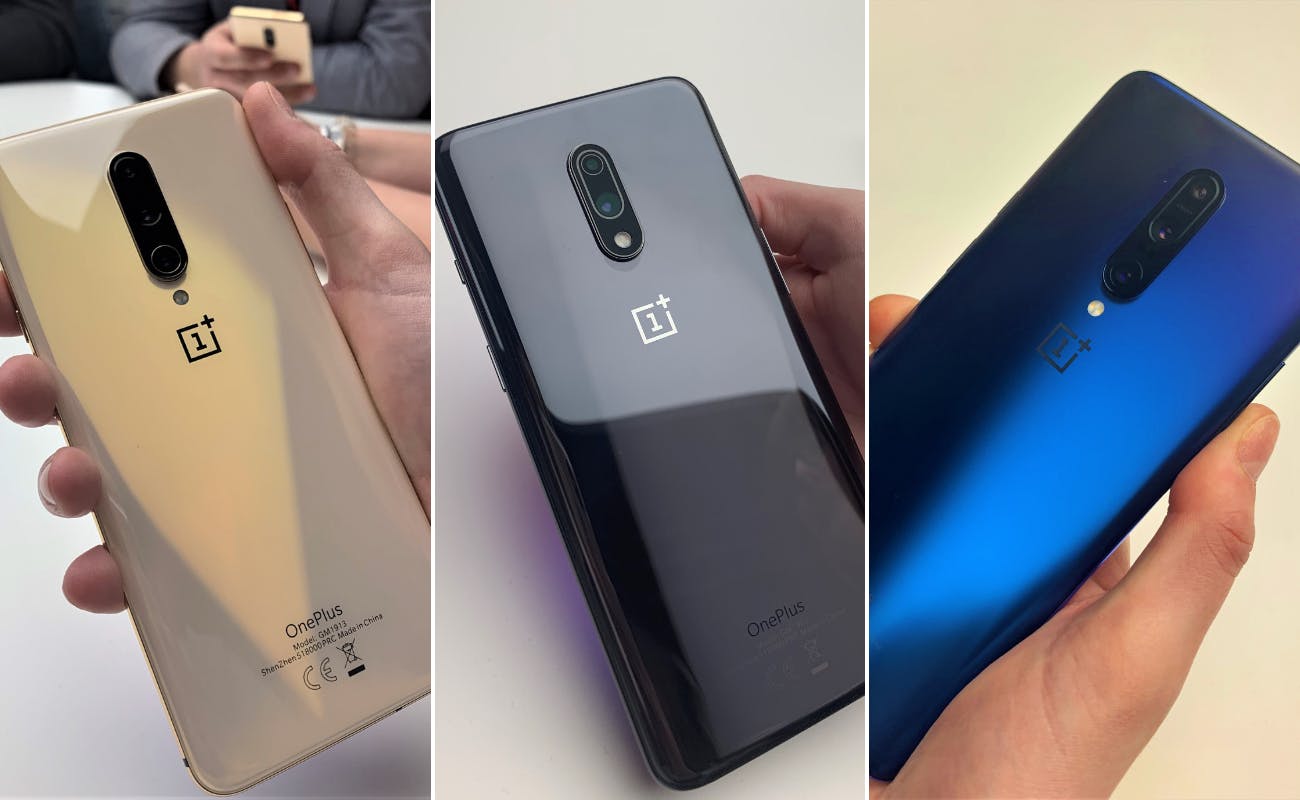 The colours of choice for the OnePlus 7 series are also superb: Almond White, Mirror Grey and Nebula Blue. All three colour options have a light reflecting effect, which we have seen before on previous generations of Huawei devices, however, OnePlus' take on the gradient effect is stunning so it would be unfair to criticise it purely for being a commonplace design feature within the smartphone industry. We personally loved the Almond White option, which was a kind of taupe colour with a glossy golden finish.  If you want a colour with less visible fingerprints, we would recommend the nebula blue which has dimmed reflections and is less glossy. 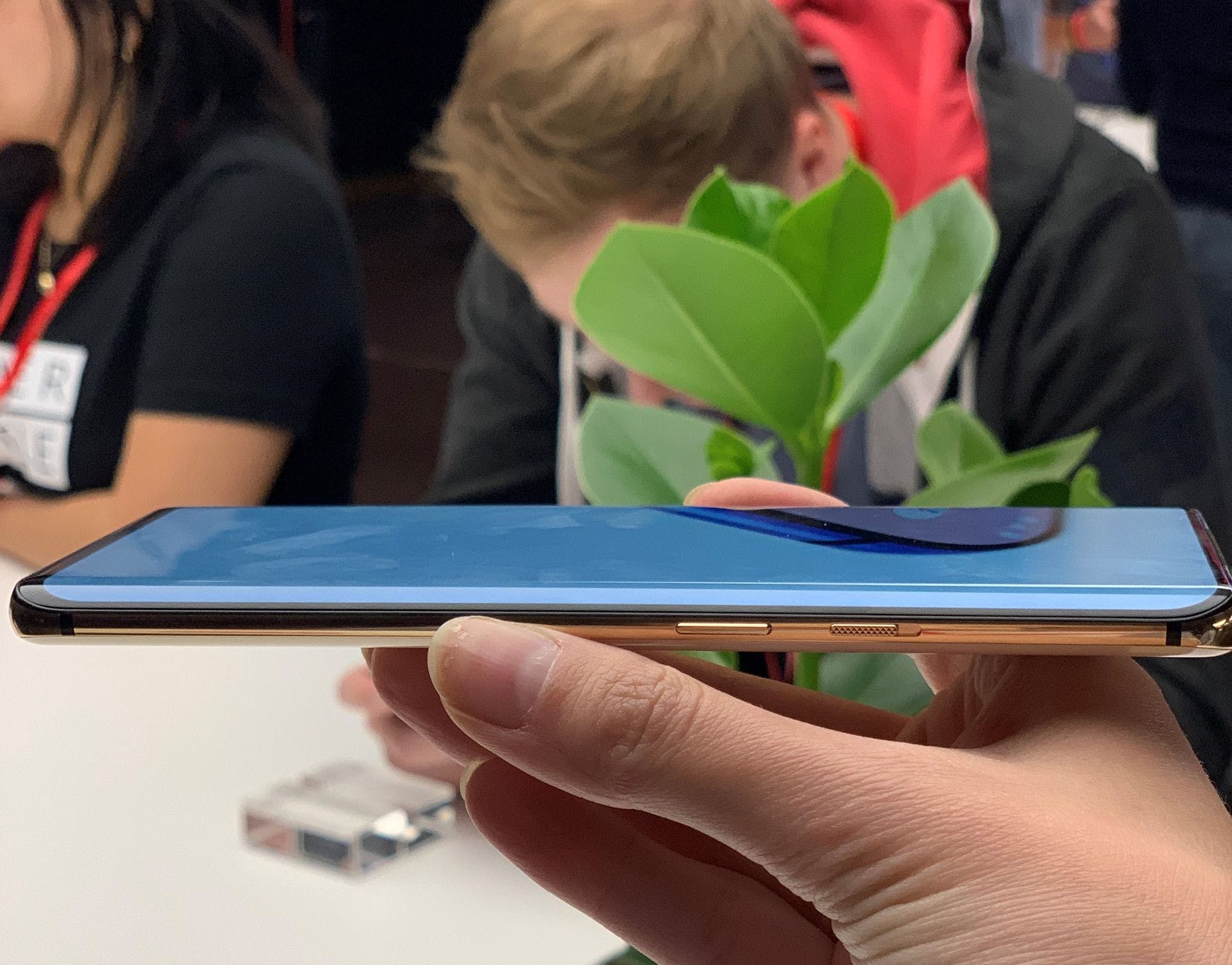 The OnePlus 7 Pro display is unique in a number of ways. The first, and most obvious, is the huge 6.67 inch AMOLED panel. It comes with a QHD+ resolution (3120 x 1440) and it is truly edge-to-edge on the device. At the top of the device, there are no cut outs, notches or holes occupying the screen space. The bottom has a tiny bezel, however this is virtually unnoticeable, especially with the right choice of wallpaper. Even when using apps, this is unlikely to be a source of distraction.

The OnePlus 7 Pro has a triple rear lens set-up with different shooting modes for the new 7 Pro model. It includes a 48MP primary camera combined with a 16MP ultra-wide lens and 8MP telephoto lens with 3x software zoom capabilities. After testing it ourselves, we deemed this to be one of the best camera phones currently on the market. 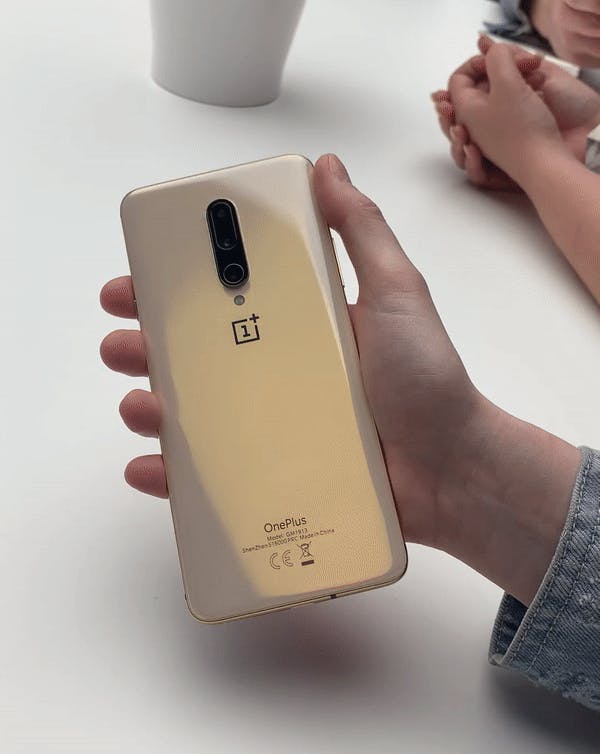 Despite the quality of the OnePlus 7 Pro's camera, there are limitations which merit discussion. In order to achieve the all-screen look, OnePlus has had to make some design changes. The OnePlus 7 Pro has a unique motorised pop-out front camera for the first time on a OnePlus device. While this is an interesting new feature for OnePlus to include, from experience we know that moving parts in a phone render it more susceptible to damage. Nonetheless, OnePlus assured us that the front camera has been rigorously tested and that even if someone were to activate it 150 times a day, the camera would still work perfectly for up to five years. OnePlus also explained that the device is equipped with 'Smart Drop Detection', meaning that if you were to accidentally drop the device while using the front camera, the camera will close automatically and therefore be able to avoid being damaged. 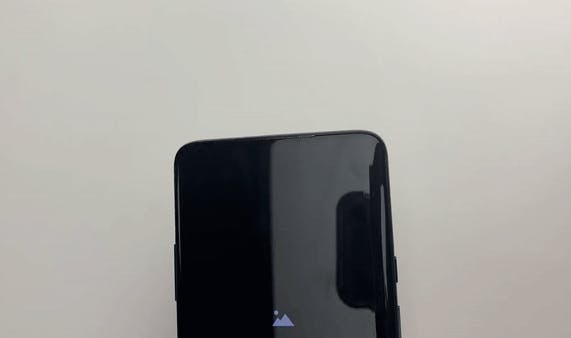 Despite OnePlus' claims, we remain sceptical. We watched the 'Smart Drop Detection' feature demo without the phone being fully dropped. It remains to be seen whether this device will be able to close its camera automatically if dropped suddenly. We also believe that getting dust or other particles in the motorised hardware is highly likely. The OnePlus 7 Pro also does not have an IP rating, which does nothing to address our concerns about the durability of this device. In our opinion, the front camera should make you think twice before making a purchase.

The OnePlus 7 Pro has a colossal battery size: 4,000 mAh. However, it is a battery size which is necessary to power this phone. The large screen and the 90 Hz refresh rate will drain 4,000 mAh rapidly. With moderate use, you will get a full day of use from a single charge. Even if you were to completely run out of juice, the new Wharp Charge 3.0 will top it up from 0% to almost 50% in 20 minutes. The downside? Not wireless. OnePlus skipped wireless charging as well as an IP rating and 3.5mm headphone jack to keep the cost of its Pro model down. 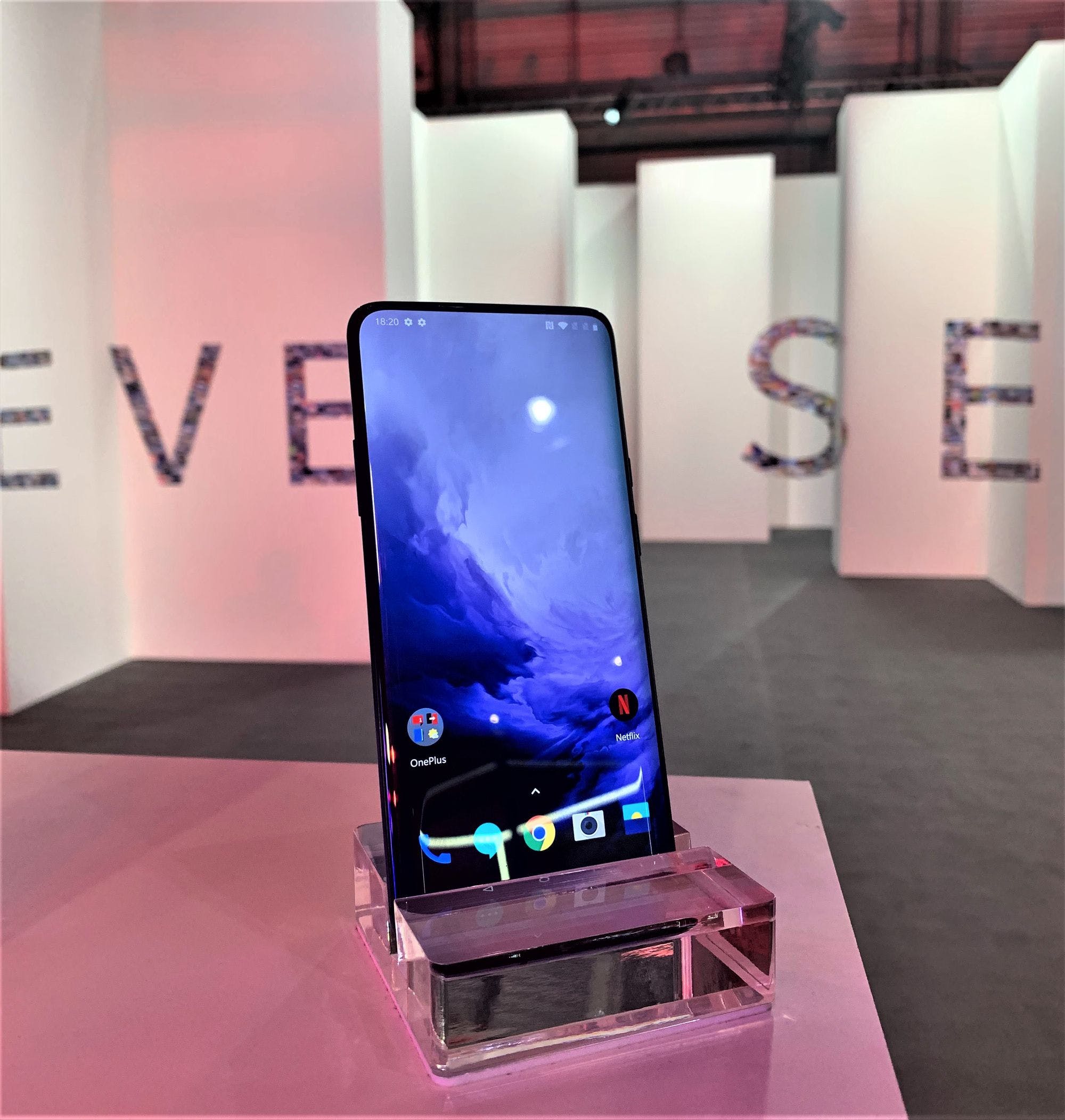 As we know from previous OnePlus generations, there are no expandable storage solutions available, however in theory the built-in storage should be more than enough. The OnePlus 7 Pro comes with 128GB or 256GB internal storage space paired with three RAM configurations: 6GB, 8GB and 12GB. This device is also powered by Qualcomm's latest Snapdragon 855 chipset.

Feeling tempted to get your hands on the OnePlus 7 Pro? This device will be retailing on the 21st of May for an unexpectedly low price: starting from £649. The maxed out handset will cost £799. If you are trying to work out how much the cost of switching to the OnePlus 7 Pro will be, check out our website for offers to trade-in your old mobile. The Almond White is a special edition, and OnePlus did not specify when the release date will be. However, we estimate that it will get released some time in June. 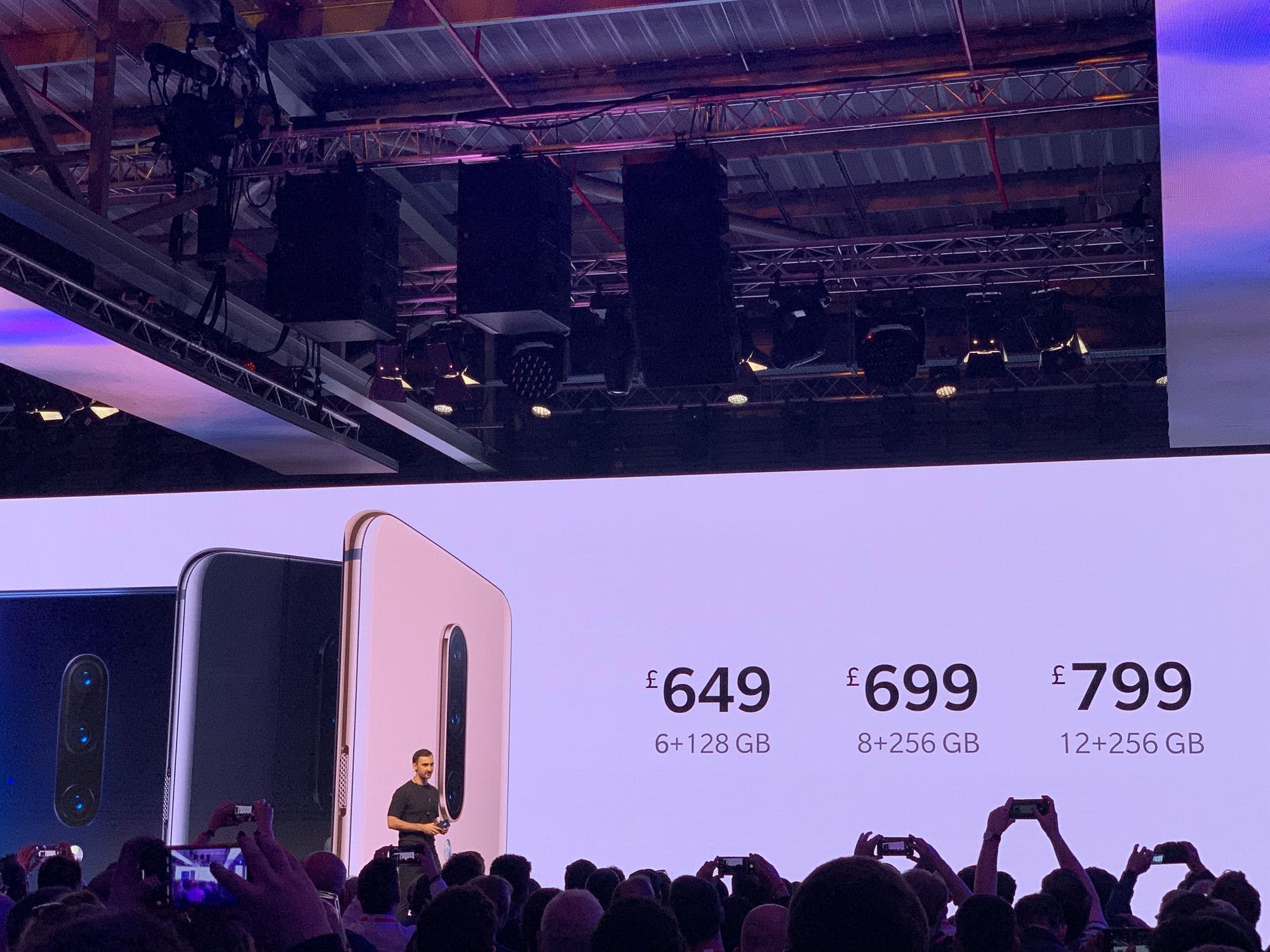 Low prices and flagship level specs were at the core of OnePlus' identity. The OnePlus 7 Pro moves away from this and heads in a new direction for OnePlus and its devoted fans. Only time will tell if consumers will be willing to buy a phone within a higher price bracket in order to enjoy its high-end features. In our opinion, the price is justified, and the device delivers excellent features and hardware. Another sell-out could be just around the corner. The OnePlus 7 Pro has all of the features a phone user could wish for, so if you want an ultra-premium phone for less than £700, the OnePlus 7 Pro is what we would recommend.