Samsung Unpacked Event: Meet The Note 9, The Galaxy Watch and The Galaxy Home 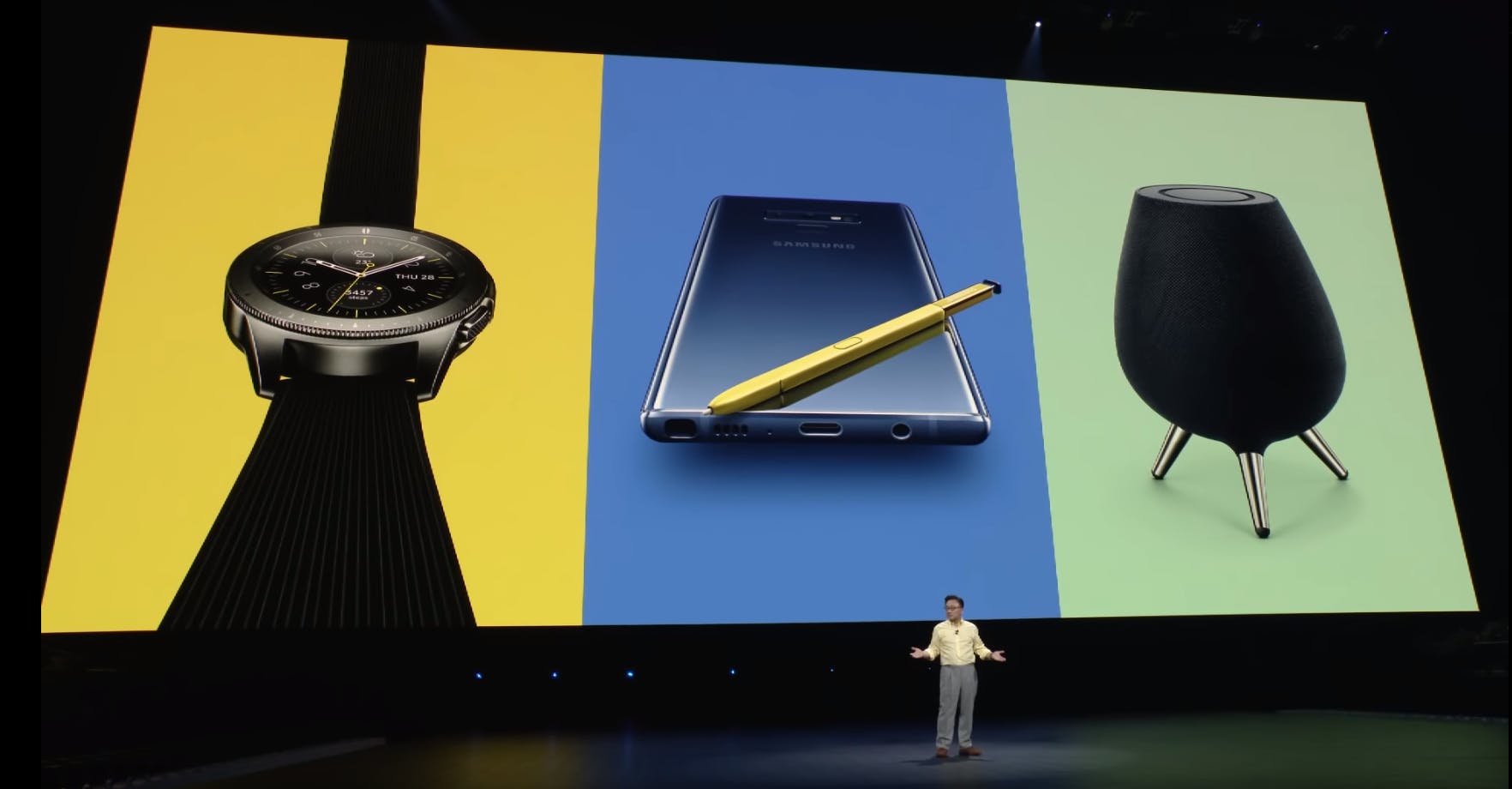 Samsung finally made the Note 9 official and announced long-rumoured smart speaker along with latest iteration of smartwatches.

If you missed the event live, here's a wrap up of what's happened and what new Samsung products are coming to the market.

Judging by the looks, the new Note isn't different to the previous model. It comes with a 6.4-inch Infinity display and sports 4,000 mAh large all-day battery. The largest ever on a Note. We take it as a sign Samsung has long forgotten the Note 7 fiasco and moved on, so should we. 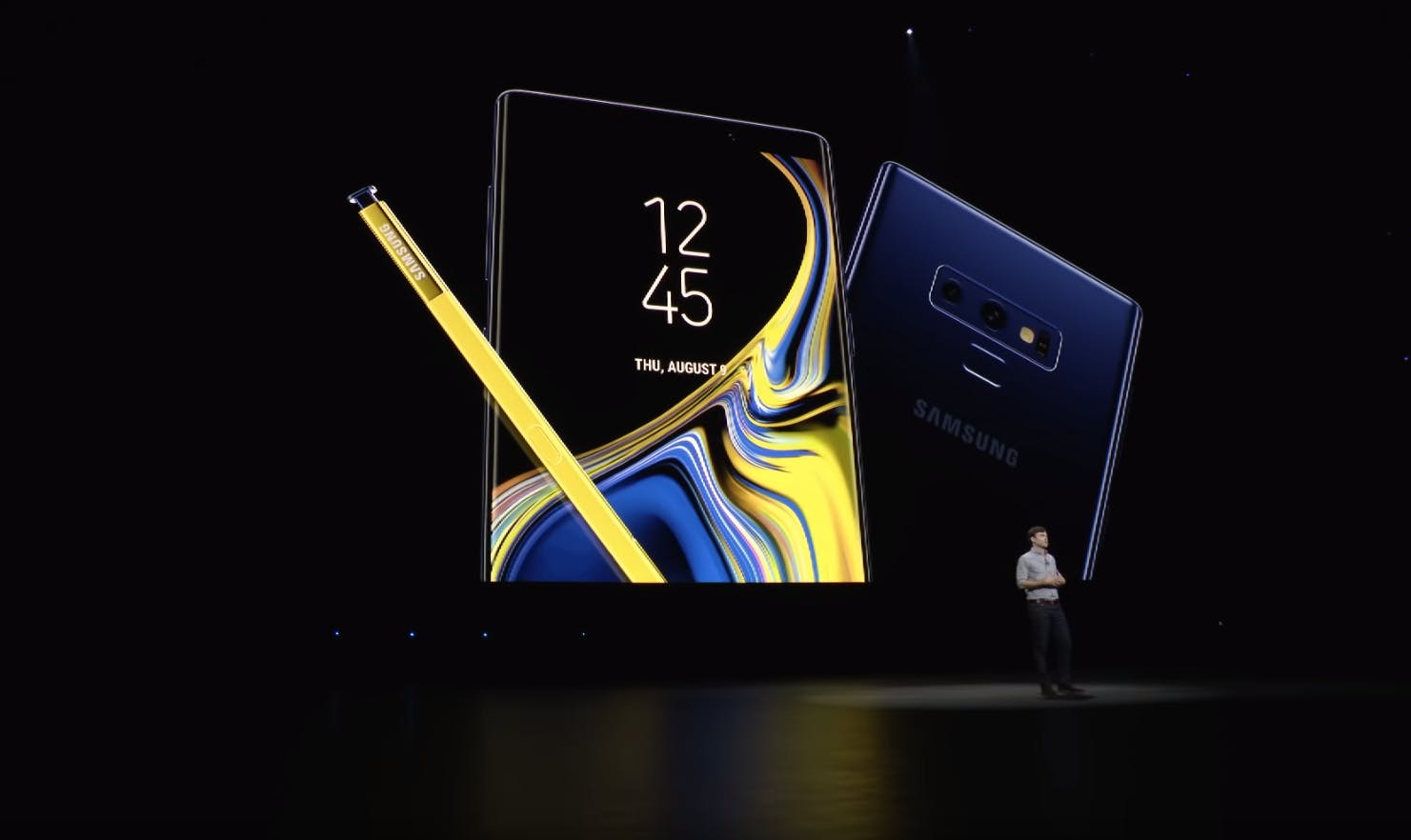 This year the Note device is big and bold. Beefed up with IP 68 certification, Bixby 2.0 and Samsung's own developed 10nm  Exynos 9810 processor paired with 6GB or 8GB of RAM for extra power. You can choose between a 128GB model or go for a 512GB one. You can also take advantage of expandable storage and boost your internal storage up to 1T. The device will be running Android 8.1 with future update to the new Android 9. 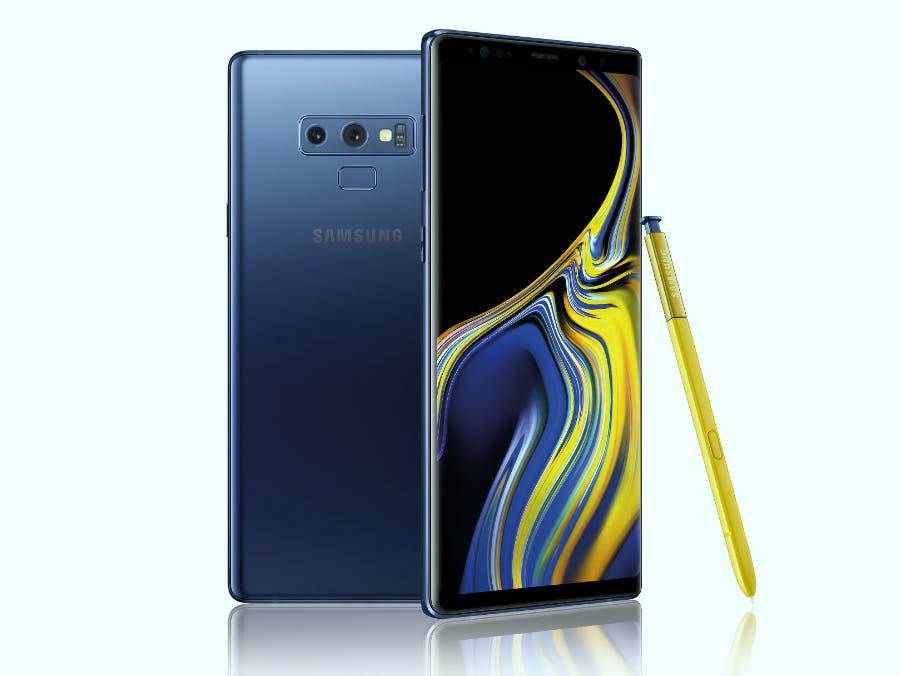 The camera department has been upgraded with artificial intelligence. On paper the Note 9 has same dual 12MP rear cameras as the Note 8. But that's where similarities end. Camera app is infused with AI and offers variety of modes and will adjust your shots behind the scenes depending on the environment and objects you are taking a picture of. The Note 9 rear camera features f2.4 and f1.5 variable aperture. 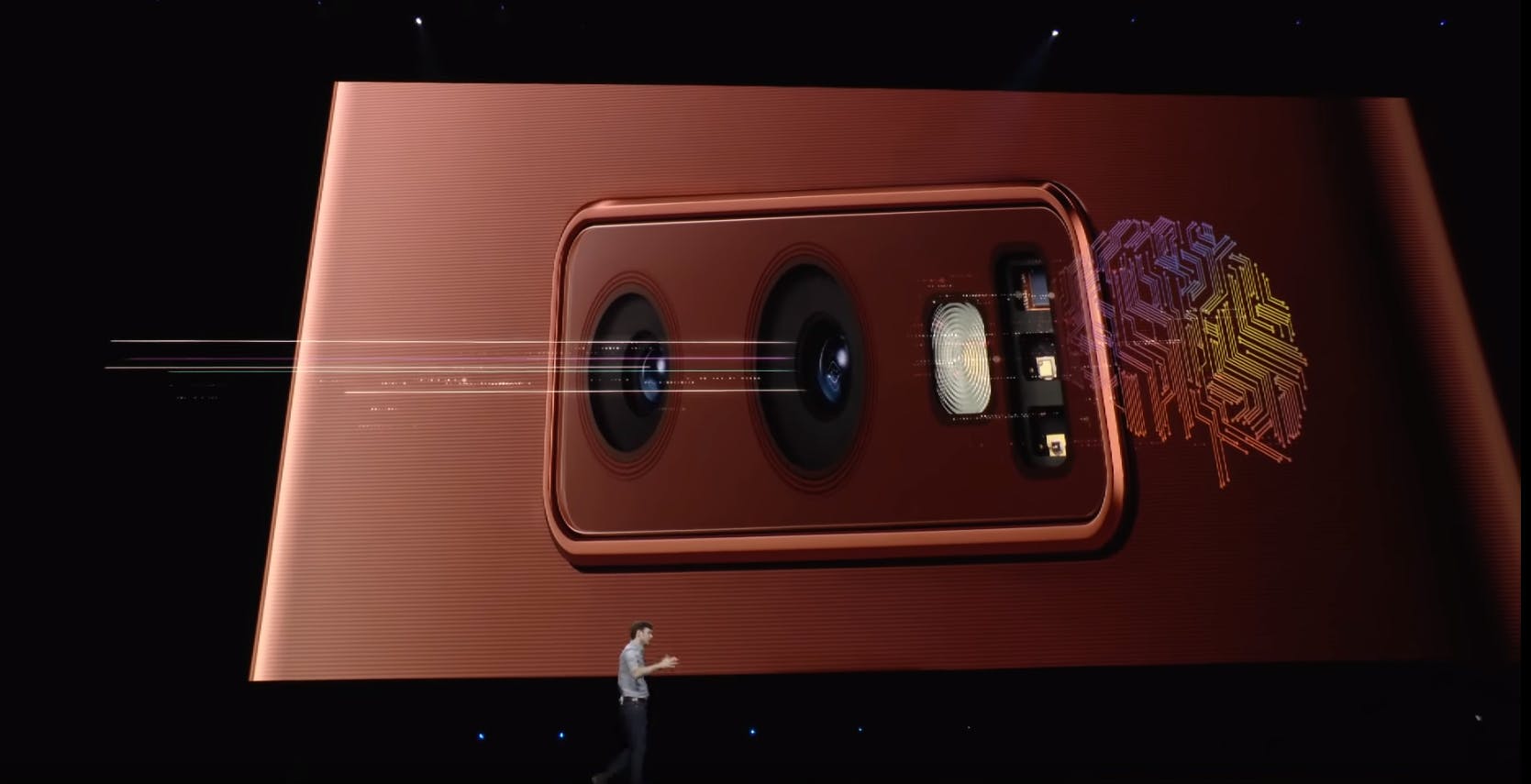 The Note 9 features AKG-tuned stereo speakers, a 3.5 mm headphone jack and its signature S Pen now Bluetooth enabled. The S Pen has Low Energy charging and can be fueled up when stuck back into the Note 9 meaning the pen won't steal too much of the device's charge. Bluetooth stylus allows users to pause and resume music remotely, take a picture and act like a remote shutter for presentations. 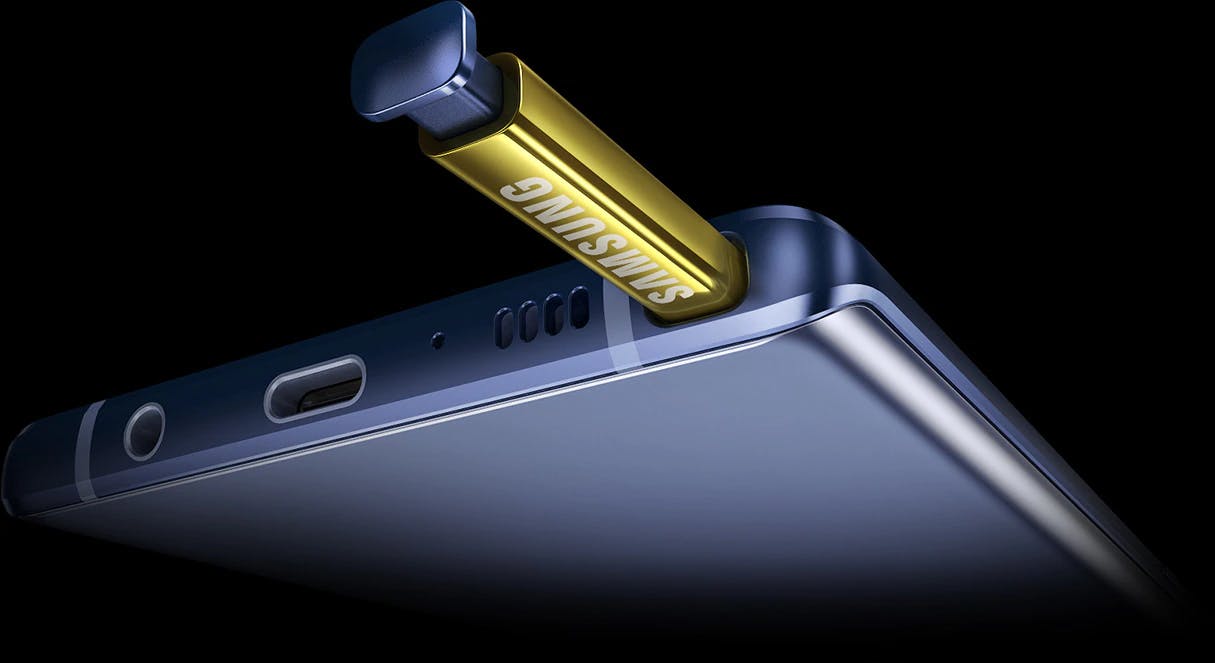 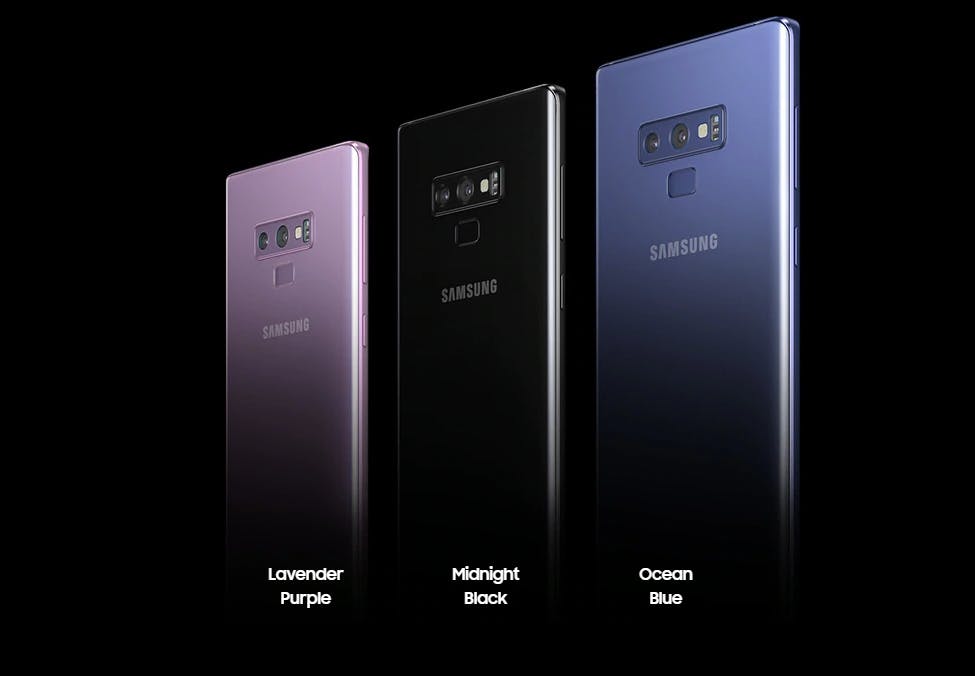 During the one hour long press event, Samsung took wraps off its own Amazon Echo and Google Home competitor.

The smart speaker is powered by Bixby and has far-field voice recognition. If you command Bixby to play your Spotify playlist from the bathroom and the speaker itself is in another room, thanks to built-in 8 far-field microphones, Bixby will pick up what you're saying. The Galaxy Home is packed with six built-in speakers and a subwoofer, so the sound must be decent. 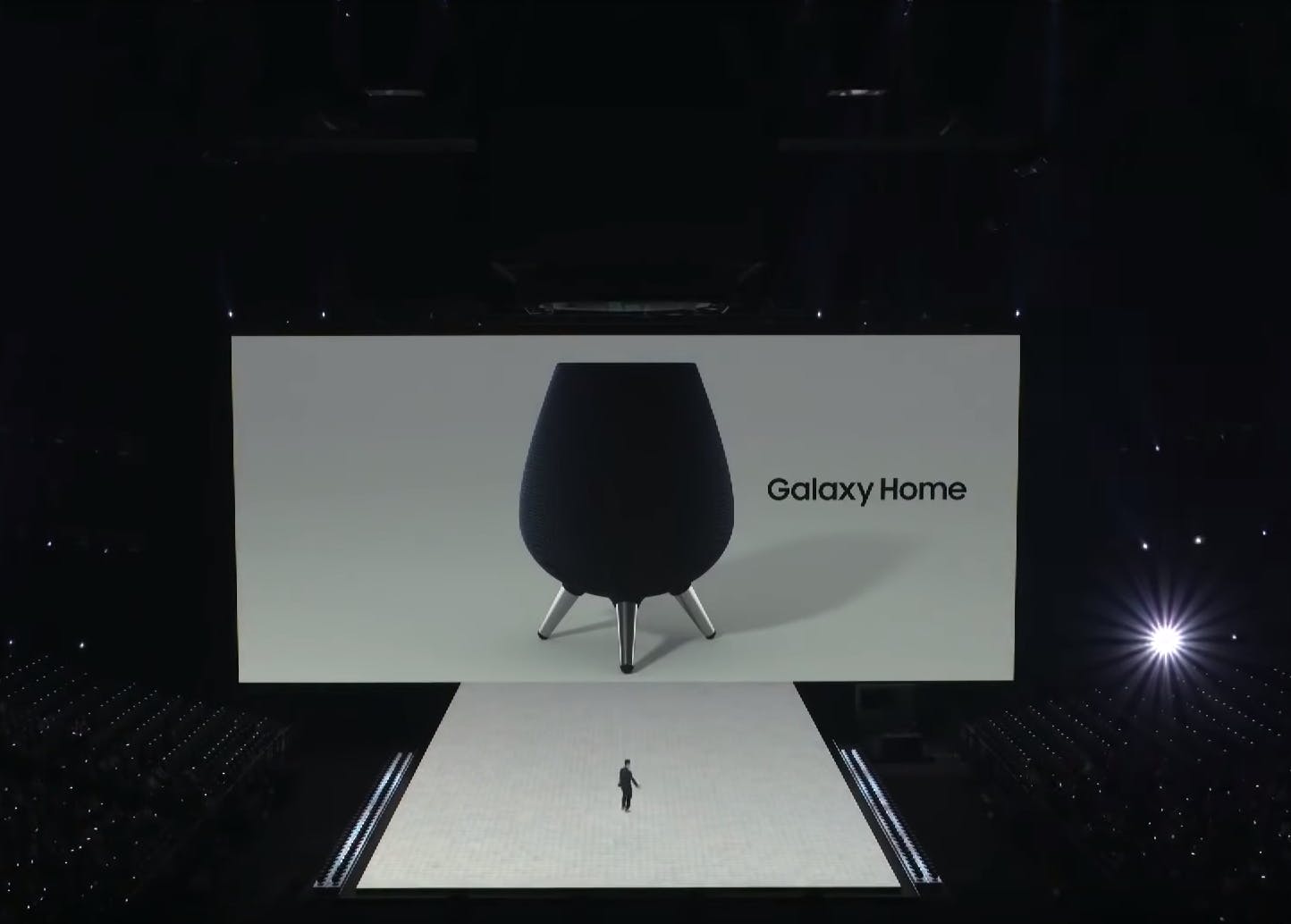 Samsung didn't mention availability and price as of yet, but we'll keep an eye on updates, because the price tag will be interesting to see especially how it resonates with HomePod's, Google Home's and Amazon Echo's offerings.

Samsung moved away from Gear branding and refreshed its smartwatch line up, so now we have Galaxy Watch. 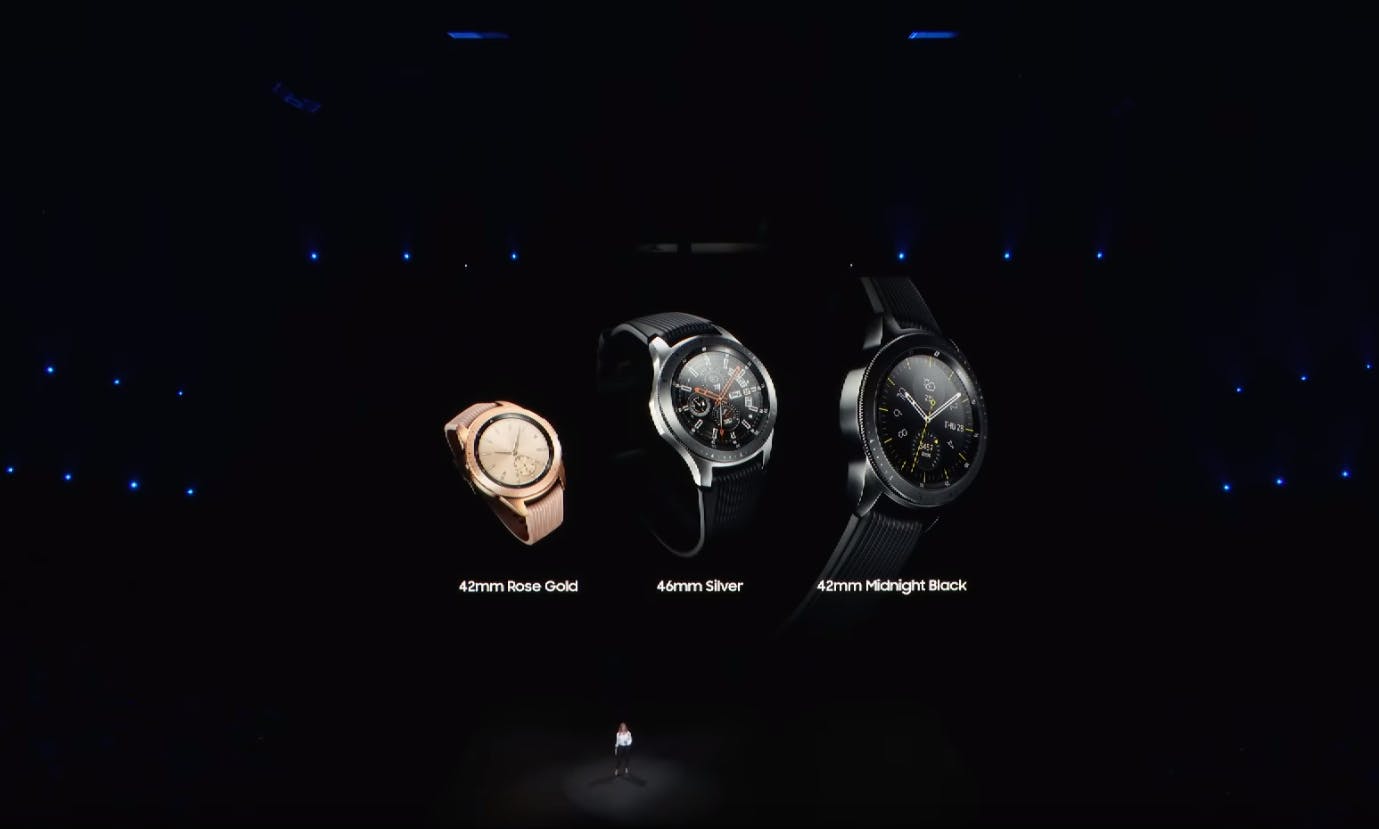 Samsung claims the single charge should last several days and the wearables will feature:

The leaks ruined most of the Note 9 surprises, but it was great to hear all rumours officially confirmed by Samsung. The Unpacked Event had gorgeous set up as usually and had sort of holographic vibe. Check out the event in 12 minutes.

Those of you who are planning to upgrade to the Note 9, take a look at current prices to sell your phone and part fund your new device. Before the official release which is set on 24th of August our recyclers are offering great trade-in deals on previous Samsung phones, so get it now or regret it.