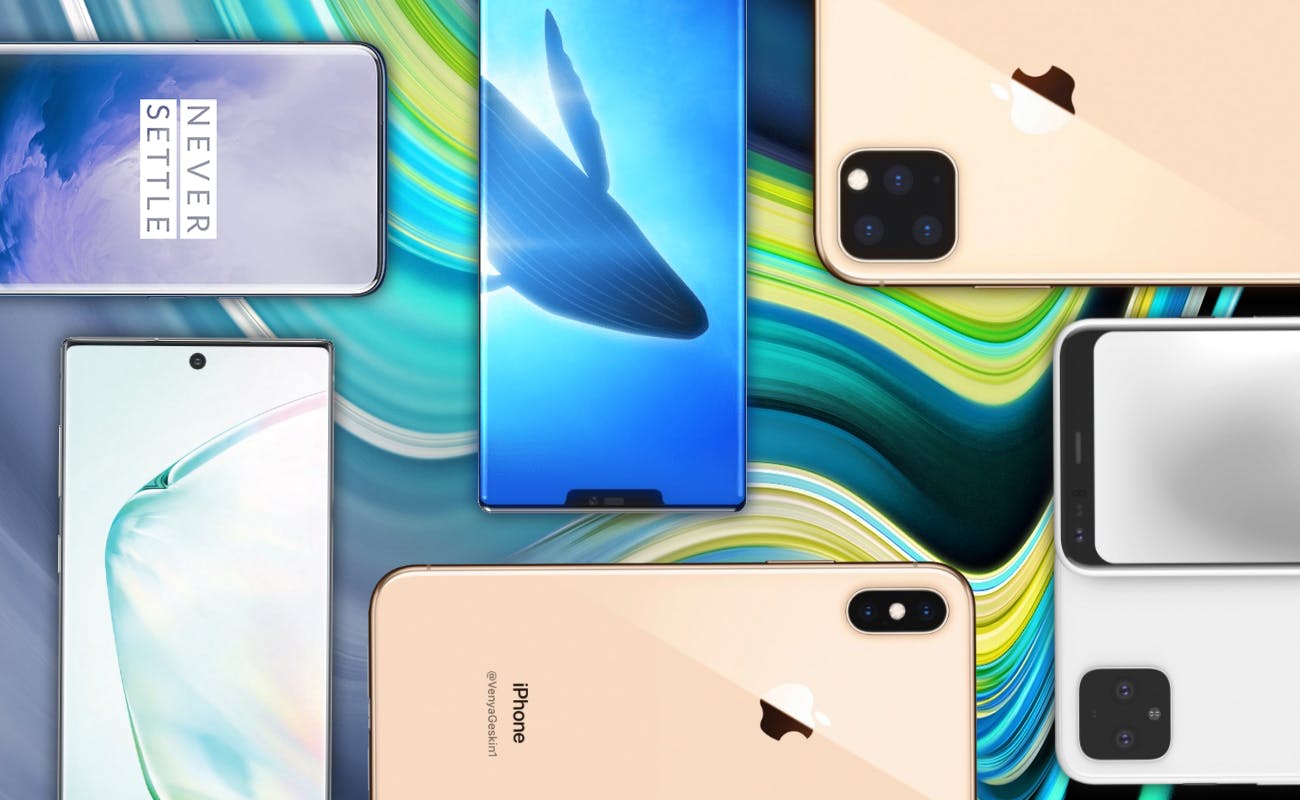 With a new Galaxy Note getting unveiled tomorrow and with iPhone, Google Pixel, Huawei Mate and OnePlus T phone releases on the horizon, we looked at retail prices with the aim of predicting how much these yet to be released devices will cost this autumn.

The data of entry level and premium flagship phones since 2016 shows that prices are on the rise. It will be 24% more expensive on average to upgrade to the latest Apple and Android devices in the coming months.

We have tracked Galaxy Note resale prices and if history is any indication, trade-in prices for the Galaxy Note 9 might go up by £30 on average over the next 2 weeks and will start dropping as soon as the new Galaxy Note models hit the shelves. This will leave the Note 9 to depreciate by roughly 30% in the next year. So, if the Galaxy Note 10 wins you over, remember that good trade-in deals for your old Note won't be around for long. You should get them while you can. 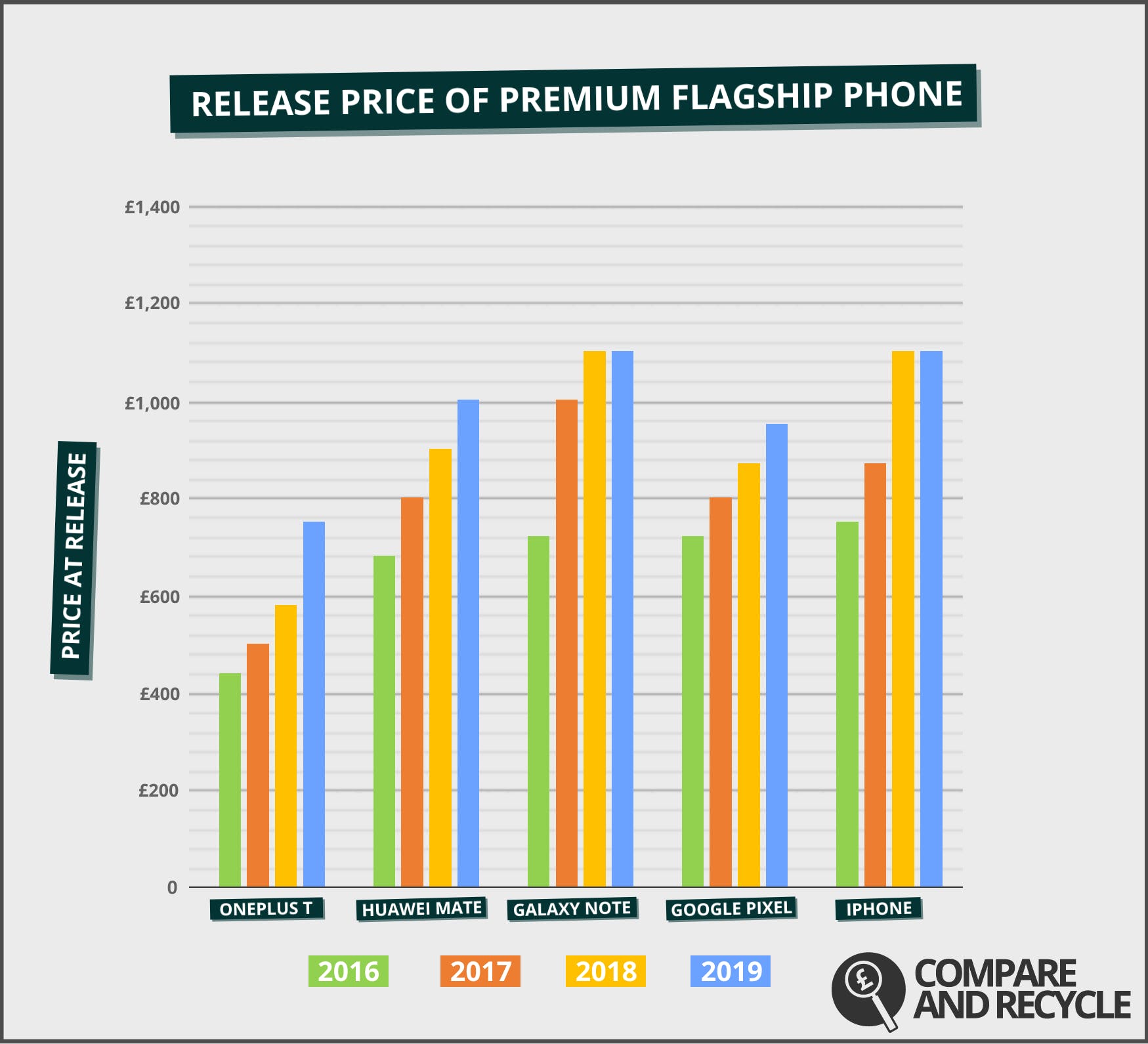 Apple is yet to announce the date for its keynote this year, but industry reports suggest that prices will not be going down any time soon, and the best way to reduce the cost of your next iPhone upgrade is to sell your old iPhone for the best price.

Looking at iPhone prices over the past three years, the iPhone X's starting price of £1000 at the time of its release set the trend for the next few years, and we anticipate that the iPhone XI will have a similar starting price. Since the release of the iPhone 7 Plus with top configurations in 2016, the top spec model of iPhone shows a retail price increase of 47%. It is predicted that the iPhone XI Max with the highest storage capacity will be in the region of £1,349. Although premium iPhone models might retain their starting price, the entry level iPhone XI could have a below average increase of 7% compared to 2018’s iPhone XR. 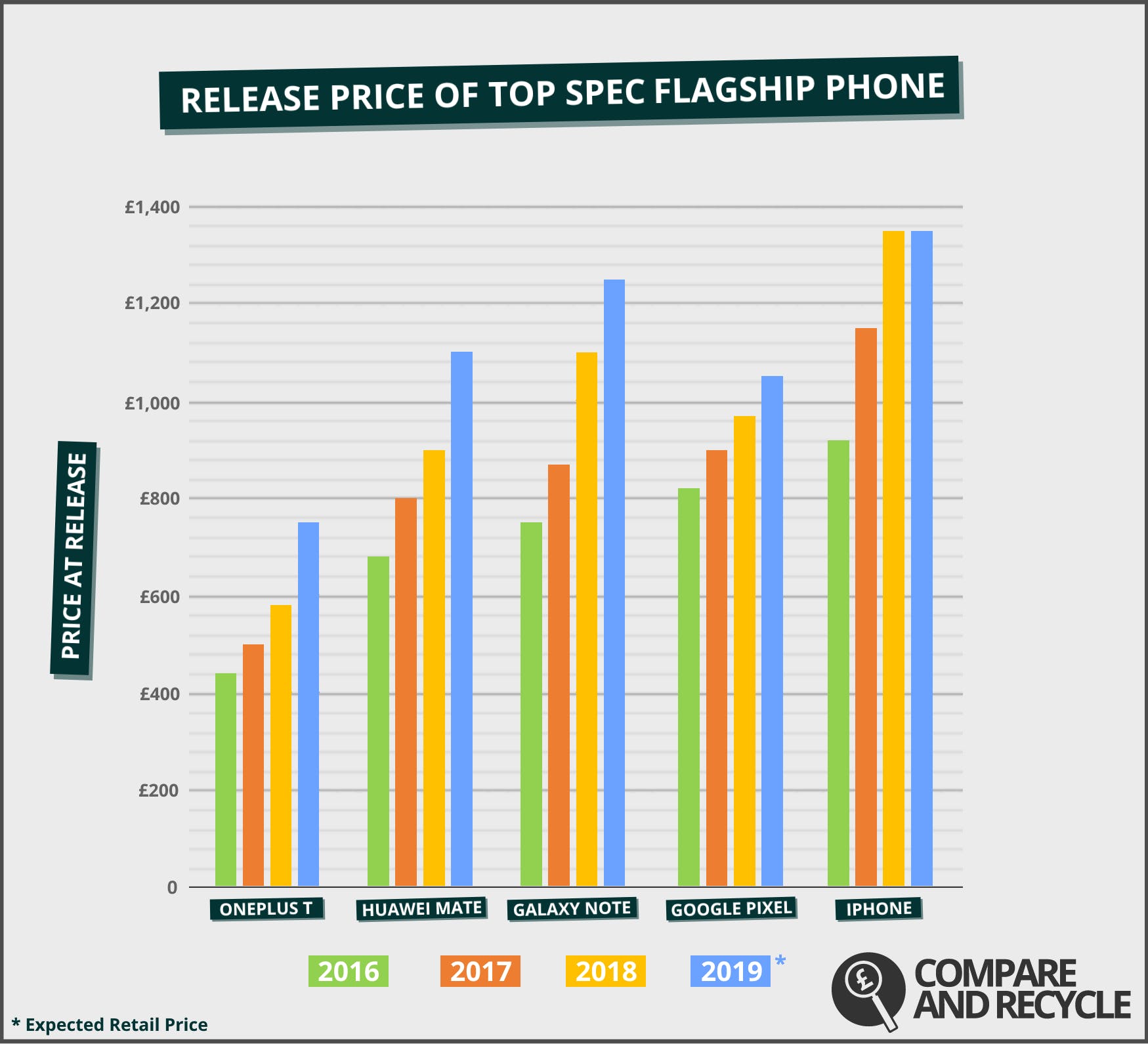 Google Pixel 4: Following Suit and Going up in Price

Google entered the flagship space with its Pixel phone released in 2016 at £599. Two Pixel phone generations after, the Pixel 3 price spiked by 23% to bring the price in line with the competition. It is estimated that the Pixel 4 will be the first Google phone to cost over £1000 for Pixel 2 owners due an upgrade.

Google will follow the relatively successful approach of releasing a premium model for the top price for the consumers that are already fully ingrained in the Android ecosystem and with cash to spare for the top specification device, while also releasing a cheaper version. The cheaper version was released for £399, and if the price continues to increase at the rate it is, it won't be long before the "cheap" version costs more than the original Google Pixel that launched for £599 in 2016.

The Huawei Mate series entry model shows a continuous increase by 16% on average year on year, with the Mate 30 Pro model this year estimated to be 47% more expensive than the Huawei Mate 9 Pro released back in 2016. Those looking to upgrade to the Huawei Mate 30 will most likely have to fork out 29% more than two years ago. 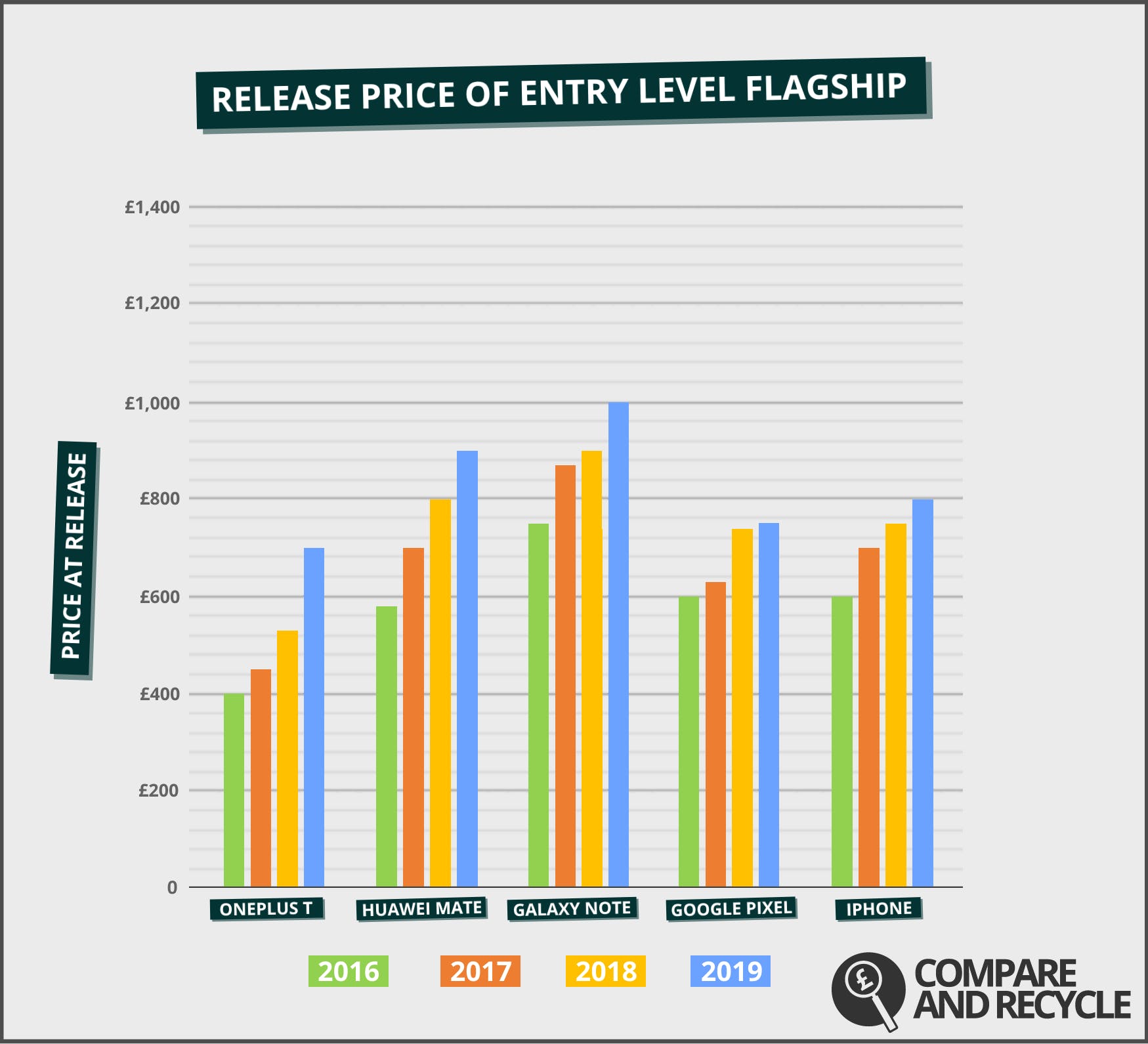 The OnePlus T series entered the market as a “flagship killing” phone but has increased its release price by 75% over the last three years. The price of the “T” model of the OnePlus 7 is set to increase again, almost doubling in price since the first “T” model was released with the OnePlus 3T in 2016. OnePlus 5T users looking to upgrade might pay 56% more to get their hands on the next generation of the OnePlus T model.

OnePlus positions its T series as cheaper than other Android rivals, however within three years OnePlus prices have crept up, making the “cheaper” selling point less relevant. The skyrocketing retail prices of OnePlus T model are difficult to justify given the fact that the OnePlus 6T is struggling to retain its resale value, dropping by 69% in less than a year.

While premium flagship prices are reaching their peak, manufacturers have room to introduce “affordable flagships” such as the iPhone XR, to satisfy the demand of price-cautious buyers. This has been followed by Samsung and Google. Every year consumers looking to upgrade are pushed to fork out over £1000 for phones with slight hardware improvements, facing the ever rising upgrade costs. With the introduction of 5G and manufacturers racing to stuff their phones with bigger RAM and more powerful cameras, the increasing retail prices are not looking at slowing down any time soon.

The days of the £500 flagship phones are long gone, so it is more important than ever before to keep an eye on resale opportunities and plan your upgrades using Compare and Recycle, so that you can offset the hefty price tags.