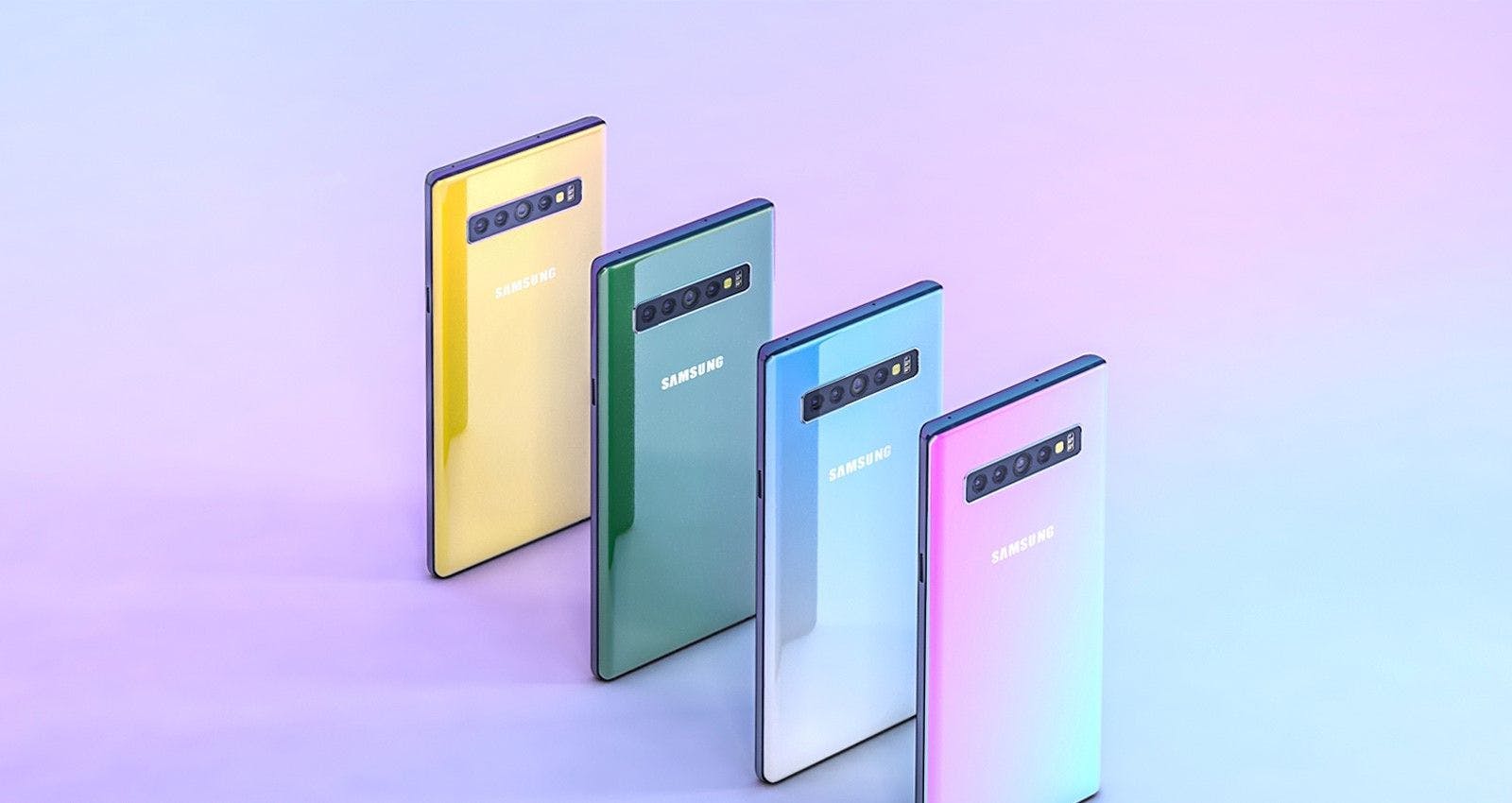 The Galaxy S10 launched early in 2019, and with the disappointing first impressions of the Galaxy Fold in April, the Samsung loving fanbase turned their attention to the next in line: the Galaxy Note 10 series.

Beefy specs of the S10 devices include all-new under display camera technology and even larger displays. These were features that Samsung was keeping for its Note series, which led us to believe that Samsung might radically change the Note line or ditch it completely in order to not to cannibalise the S10 sales. The new Note series as tradition goes are announced in August and this year it's no different. Samsung will take the stage on 7th of August to take the wraps off its new super phones. Now that the keynote date is fast approaching, the rumour hub is buzzing about what the Note 10 will bring or leave behind.

Buckle up, and let's take a ride down Note 10's rumour rollercoaster.

Despite the ridiculousness of previous rumours about 45W charging speeds, we wanted Note 10 to have this beefy spec, but it's been taken away. New sources claim that Note 10 will come with 25W charging speed after all.

A recent report from 91Mobiles reveals that both Note 10 models will have a 4,170 mAh battery cell under the hood. This Samsung's decision to include same capacity batteries in larger and smaller Note 10 might likely push customers to pick the 6.4-inch Note instead of a 6.8-inch variant in favour of better battery life.

We were close at predicting the announcement date and now Korean news are reporting that Galaxy Note 10 will go official on 10th of August, but we are yet to see any information from Samsung which we believe will arrive by July.

Those of us who are in the lookout for a new smartphone and are swinging towards picking a Note 10, one of the latest leaks brings bad news or should we say expensive news? The source claims that the basic Note 10 model will be priced around $1100-$1200, that's £860-£950. We assume that the Pro version is likely to have a price tag above £1000. The Note 9 was priced at £899 at launch, so Samsung might keep this price range for the 6.4-inch Note and the Pro model with 6.8-inch priced slightly higher.

The Note 10 has been internally codenamed "Da Vinci". Leonardo da Vinci was of course renowned for painting the 'Mona Lisa' with her enigmatic smile and has given the world the iconic painting 'The Last Supper'. While this codename doesn't reveal any specifics, we can safely guess that the Note 10 might arrive with an even further improved S Pen. Samsung has been naming its devices "Star" and "Crown" previously, and this shift in codenaming its upcoming smartphones with groundbreaking painters, sculptors and inventors means that Samsung is branding itself as a creator of something inspiring and revolutionary. 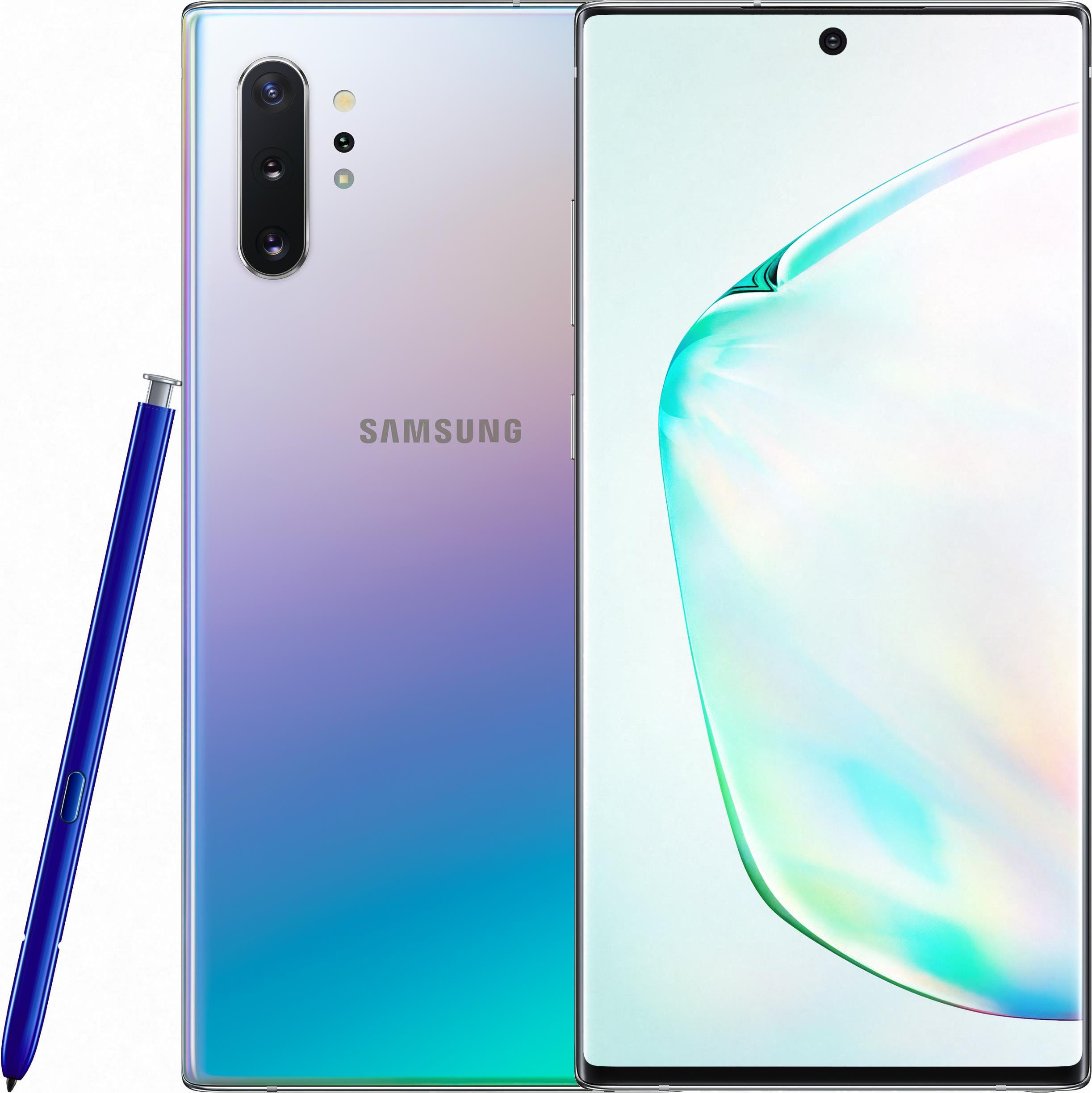 Samsung fans have expressed criticism previously with the insignificant design changes that didn't provide a 'wow' factor in comparison to their previous releases. In light of this, Samsung have gone all out in terms of rethinking the design of the S10 series, by introducing an in-display camera, fingerprint sensor and increasing the space of the display. However, the asymmetrical camera position on the Galaxy S10 devices has still generated some dissatisfaction among Samsung loyalists. It is therefore is a pretty good bet to assume that that Note 10 line up will feature an Infinity-O display design with the camera positioned in the centre, and that the fingerprint sensor will be embedded under the display. We will also probably see a few changes at the back of the phone, with the camera positioned vertically rather than its former horizontal position.

According to an update from a tipster with a proven record (Ice universe), Samsung won't be replacing physical volume, Bixby and power buttons with touch-based ones as previously suggested due to unsuccessful testing.

This year, the Note line may get even bigger both in display size and quantity of devices. Leaks suggest that the Note 10 might land with an enormous 6.8-inch display. Those who can't imagine using such a large phone, but still want a stylus will probably have the option to with a 6.4-inch display according to SamMobile. Since we're now entering the 5G era, and Samsung have already launched the S10 5G variant, it is likely that we will see the 5G version of the Note 10 too.

The S10 line up is likely to get the newest processor, and there are no signs of a new Snapdragon coming any time this summer, so it is safe to say that the Note 10 will feature Qualcomm Snapdragon 855.

Since the S Pen is Note line's USP from the rest of Samsung's devices, we can't see any reason why Samsung would change this, so the Bluetooth-powered stylus will probably maintain its presence this year. Still, we can certainly expect additional functionalities included in the S Pen.

Information has also surfaced from ETNews that a 5x optical zoom lens will be included in the quad camera rear set up. This trendy feature is a must-have on Android devices this year, and Samsung are unlikely to miss a chance to trump the Huawei P30 and try to outperform the P30 Pro cameras.

An upgrade to charging speed is looking likely as well. A few people have speculated that it might be increased by up to 100W. To put this into perspective, a 4000 mAh would be fully charged only in 17 minutes. In our opinion, 100W is a little too much and 45W is a more realistic upgrade. After the Note 7 fiasco, Samsung is now very cautious with batteries and charging speeds, however any improvement to charging speeds would be a welcome improvement and long overdue.

Samsung is following a similar timeline to last year and Note 10 and 10+ will be announced at an Unpacked event on 7th of August with pre-orders starting the same day and devices will most likely hit the shelves a week after. 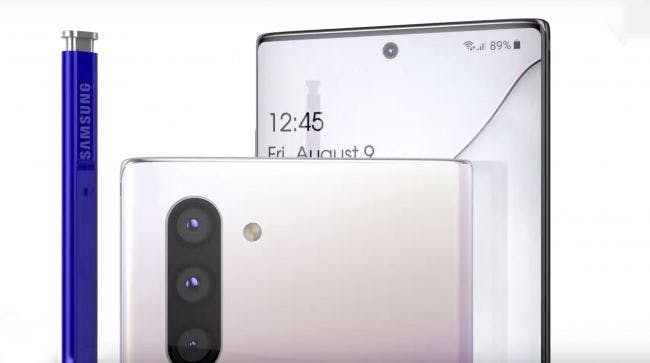 Looking at the S10 Plus retail prices, we should not hope for the Note 10 to cost less than £1000. The top spec Note 10+ model could cross the £1500 line with a 5G model perhaps costing even more than that.

That's all we know so far about the upcoming successor to the Note 9. Before we learn more, the Note 10 is likely to be a pricey addition to Samsung's offering with a mix of features that we've already seen on the S10 devices and a few of the industry's must-haves in camera technology. What are your thoughts? Would the removal of the headphone jack be a deal breaker or will advanced charging compensate it? Let us know on our social media.