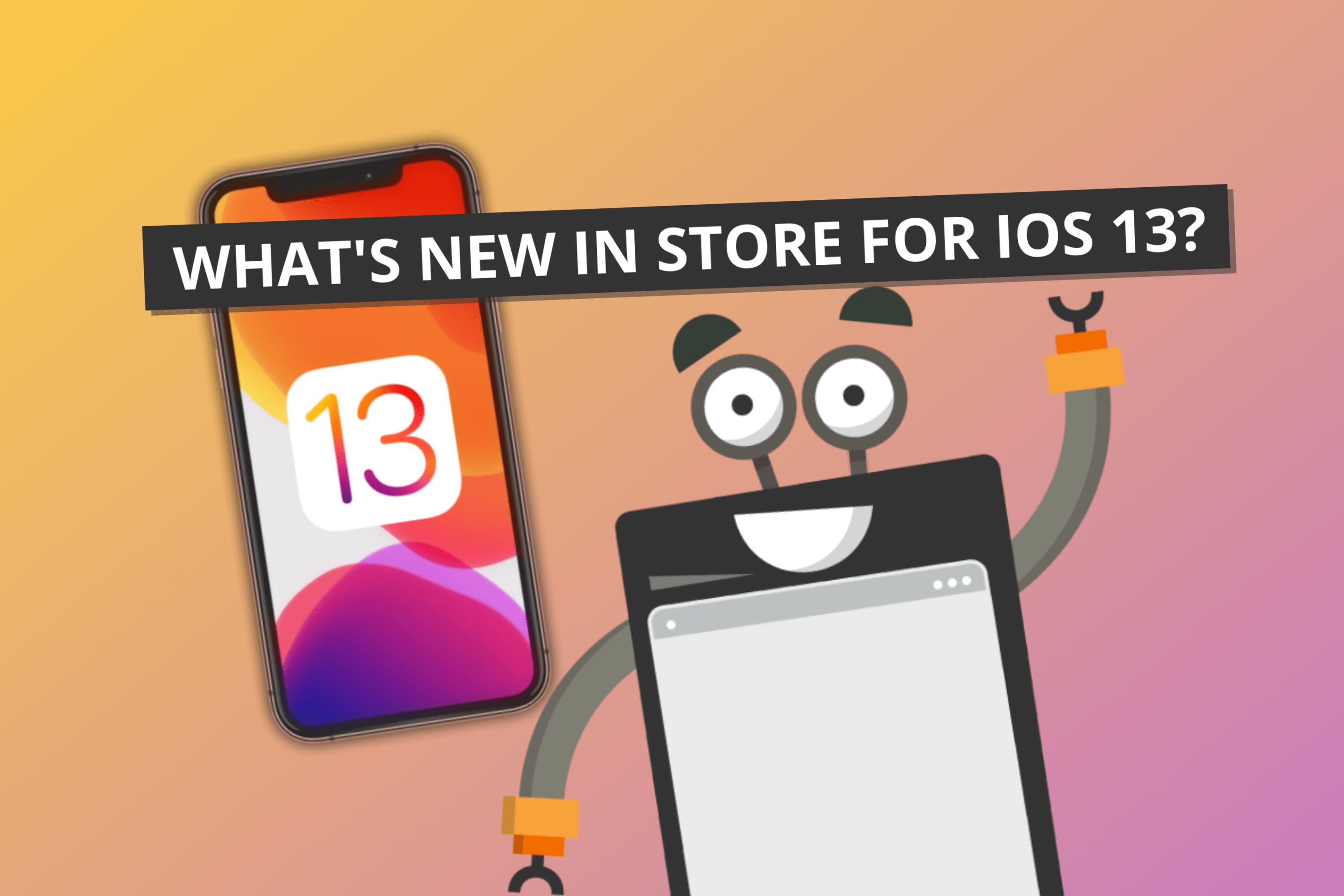 With every new iPhone, Apple release an iOS update with new features, new integrations and a new set of supported devices. The official annual update from Apple will update on all compatible devices over the course of a couple days. Unless you own one of the older devices and are missing out on the update, your device will be updated to iOS 13. Read on to find out what you can expect from the latest operating system update and how to get it.

When Will iOS 13 Be Released?

The official release is Thursday the 19th of September after 6pm, unless you are a part of the beta testing group. If this is the case, you will be able to download it now. While the release is on the 19th, it is likely to take longer than that as Apple stagger the downloads to reduce overloading their servers.

The release this year is a bit later than in previous years, as traditionally the iOS updates were released on the Monday following the launch event. It has been pushed back to the day before the iPhone 11 release, which may be worth noting. The iPadOS we heard about at the Apple event will go live on Monday the 30th of September.

What Devices Will iOS 13 Be Released On? 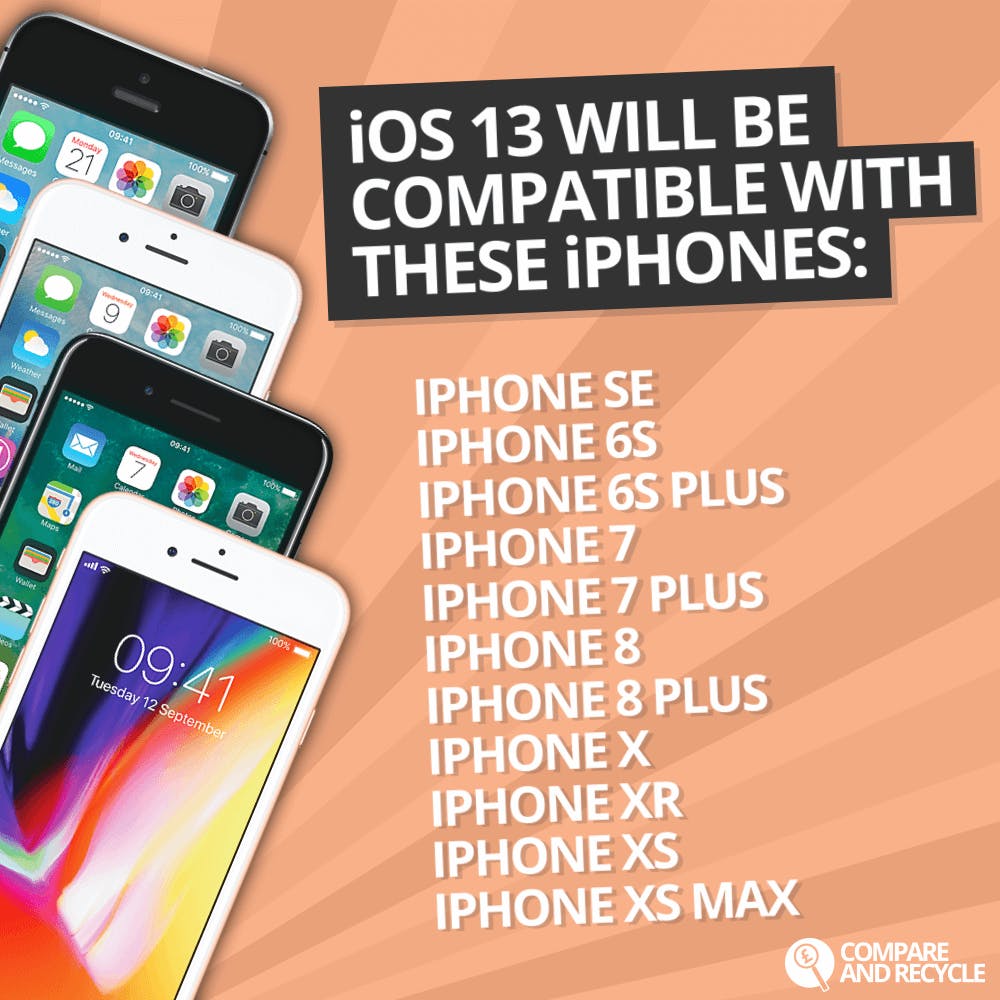 There are also a limited list of iPad devices that will be upgraded to the new OS. 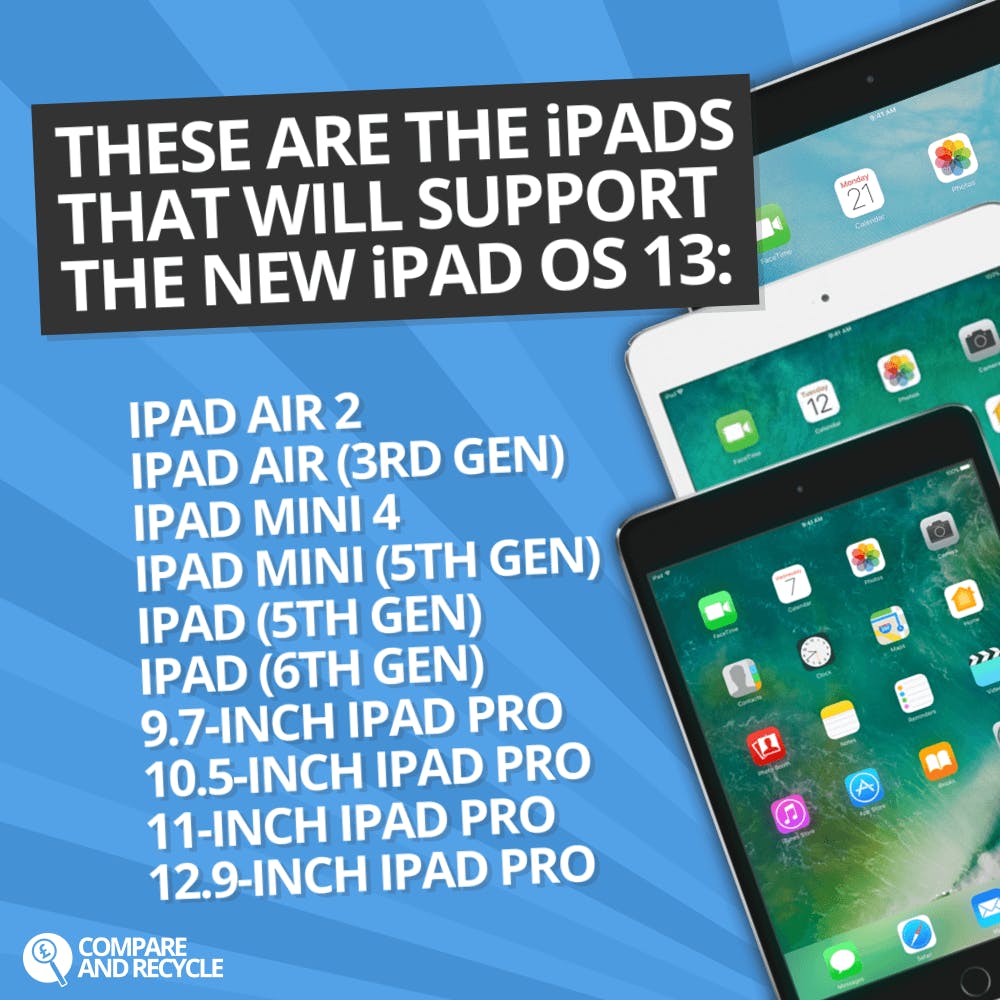 Features for All Devices

If you have found out that you won’t be eligible for the new OS, take a look at our iPhone contracts comparison or refurbished handsets comparison. Without further ado, below are the iOS 13 features that you have to look forward to.

Remember the time Apple admitted that their update slowed down certain iPhones to “preserve battery”? Now, they are taking steps to preserve the battery using other methods, such as informing the user how they can charge their device so as not to charge it past the optimum 80%. With this, alongside smaller app downloads preserving storage space and optimisations to launch apps quicker, all devices should see some improvement.

In probably the most requested accessibility feature for literally every application, programme and system, Apple are introducing Dark Mode to iOS 13 and iPadOS following the system-wide macOS update in 2018.

Dark Mode is said to improve battery life (more so for OLED devices than LCD devices) and will be accessible straight from the Control Centre. You can also schedule it to automatically turn on at night if you wish.

This feature has grown in popularity since the introduction of QuickPath as a method to type texts. It can now be used interchangeably with the classic QuickType method of writing messages. 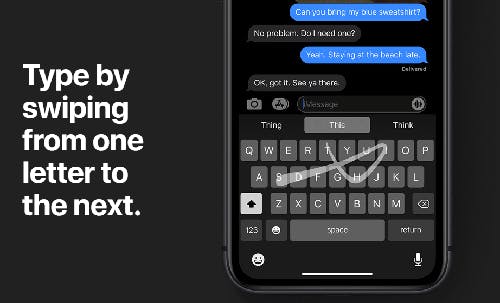 The main focus of the iPhone 11 range is the major overhaul to the camera hardware along with the already great software. However, Apple have also made improvements to the software across other models. Some of these are exclusively for the iPhone 11, but the older devices can also have portrait lighting control and high-key mono so that that you can level up your photos with increased control.

Speaking of increased control, there has been a redesigned editing panel to change the brightness and contrast of the photos you take. This has been designed to be more intuitive, and now every tool available for photos can also be used on videos, including the heavily needed rotate-editing function. The photos tab has also been improved so you can see a curated view of your best moments, which should make for easier scrolling through your important photos.

Google have consistently had better maps, with Apple Maps becoming a subject of ridicule over the years. However, this may be about to change as the latest update is lauded to close the gap with its Google counterpart. It has integrations with AR and a better Street View. It also has something for the itinerary planning, weekend break traveller: the ability to build lists of must-see places to visit at locations.

Despite some considerable speculation that fundamental security is not quite ready, the promised security updates are intended to protect the user. These include better protection from the location tracking apps, blocking Bluetooth “beacons”, and an improvement to Find My Device. There is also the option to create unique temporary email addresses with Touch ID to log into websites using Sign-in with Apple as an option.

Features Exclusive to the iPhone 11

The cameras on the iPhone 11 are the star of the show and with them, they have introduced some improvements to the user interface that are only to be available on the iPhone 11.

Holding the photo shutter button now captures video instead of millions of photos, bringing it in line with popular photography applications such as Snapchat and Instagram. Apple claims their video shooting is the greatest in a smartphone, so it makes sense that they have put such a huge emphasis on how easy it is to shoot a video.

We must of course mention the ‘Slofies’ which will become available as well, which we can’t wait to try.