The new Samsung Range - Why You Should be Hyped! 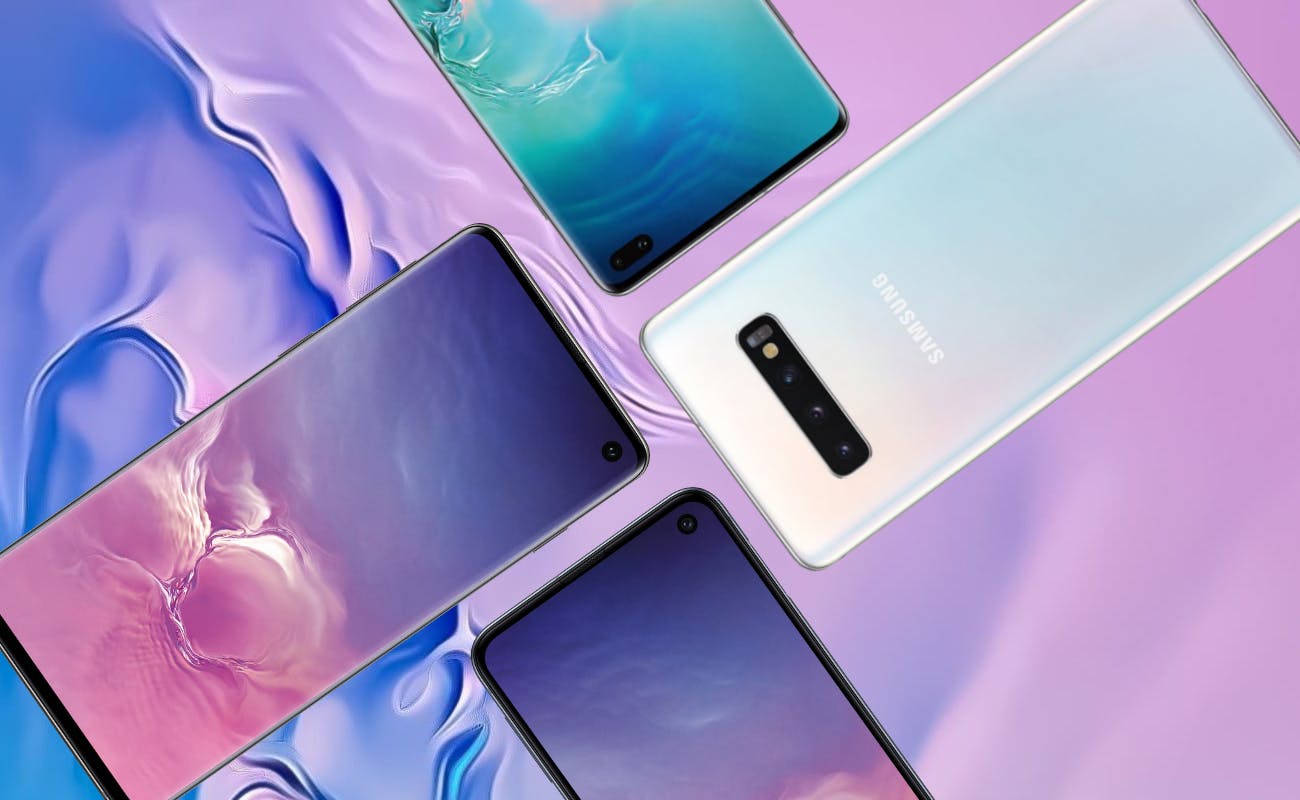 Galaxy S10, Galaxy S10E, Galaxy F(lex) / Galaxy X? The range is growing, and with it, excitement and anticipation is growing enormously, probably in-line with the actual number of to-be-released devices that could bring a fresh new look to the landscape.

Samsung are the biggest mobile phone manufacturer out there. Their success is dominated, you'll be surprised to note, not by the huge success of their flagships, but by the mid-range and budget phones that have found a strong user base in China and India with the "J", "A" and "M" ranges.

We have seen some fairly huge leaks over the past few weeks, leaving Samsung with a sizeable task of wowing an audience with any of the features that we are now expecting them to deliver on, thanks to Samsung Norway for leaking the next generation Galaxy TV ad.

We know that there will be a standard S10 model, and S10 Plus model, an introduction of a more affordable S10E range, and with any luck, we will also be introduced to the Samsung Foldable phone.

The S10 this year will be a more advanced improvement on the S9, even more than the S9 was on the S8.

We've seen the mock ups for the full front display with a hole punch for the camera and it looks beautiful. There have been prototypes given out to accessory manufacturers and a lot of them either show the camera in a hole-punch or have the screen go to the very top of the device.

We could see Samsung launch their first device with under-screen fingerprint sensor, following the likes of Vivo, OnePlus and a couple others.

With the success in foreign markets, and the growing popularity of cheaper Chinese brands, we might see Samsung launch and promote a range. The Galaxy S10E will be more price accessible compared to the flagship devices, but will still enjoy some of the premium features shared with the S10.

There have been plenty cheaper variety phones by the Korean giants available for some time. But with the "success" of the iPhone XR and the non-success of the Samsung A9 range means a re-branding and a re-shifting of technology may be in order the new Samsung "E" range could fit this mould. 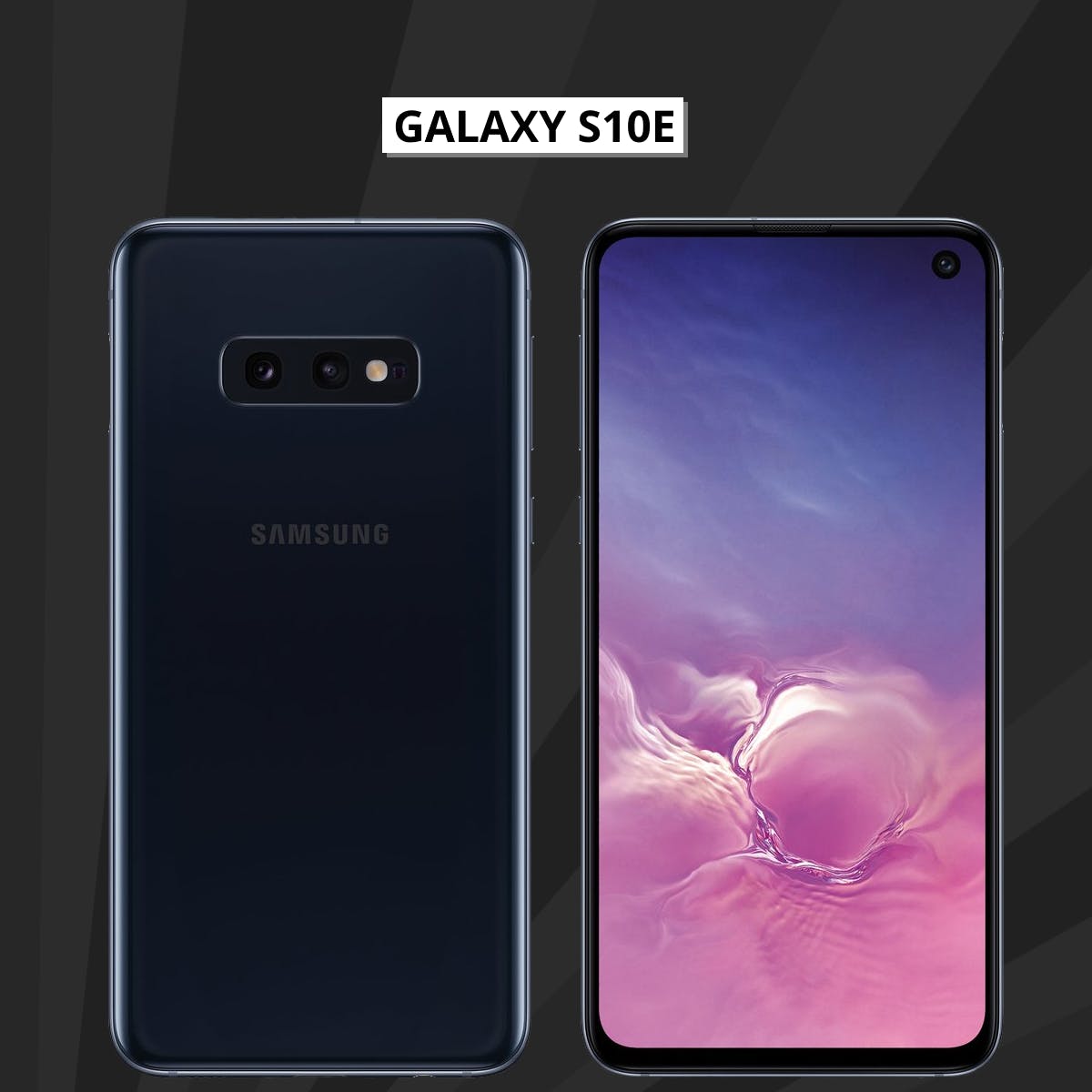 The stats so far look very positive, with a Snapdragon 855 Chipset, dual camera, 3.5 jack, a neural processing unit and shot specialisation feature. It looks like they will be foregoing the in-screen fingerprint sensor, but will still feature all-screen front.

Samsung's response to iPhone Xr for around £699 is going to compete with the very best of the "mid-range" mobile phones and it might well be your pick if you want both save some cash and still get your hands on Samsung’s 2019 flagships. 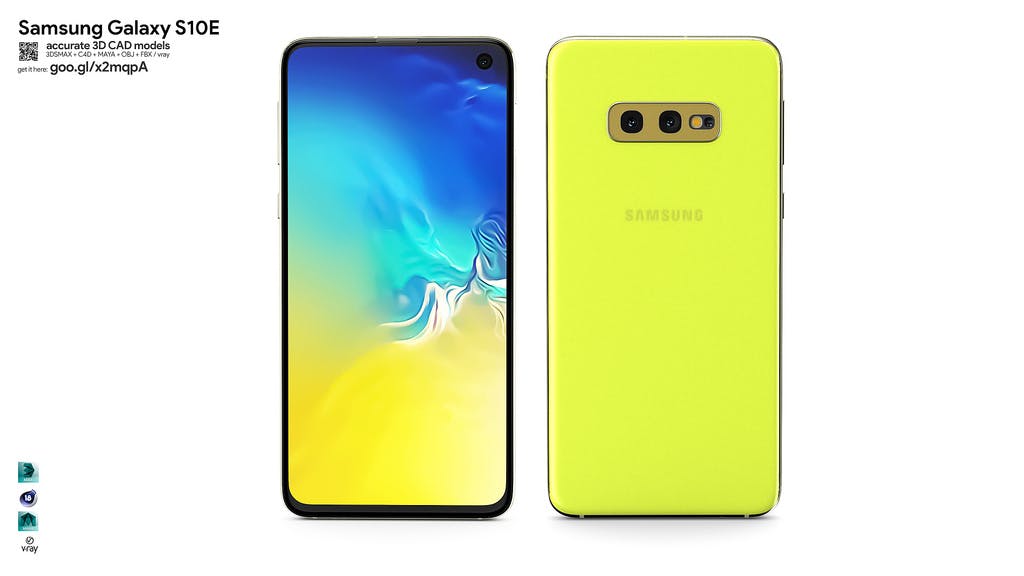 Expect this to get released on the 8th of March with pre-orders going to be available soon after the Unpacked event on 20th of February.

The Samsung Galaxy X is Samsung’s tentative first steps into a game-changing technology – foldable screens. The handset which opens in a clamshell-style design that folds out to a full-size tablet display could change the way mobile phone content and apps are consumed by mobile smartphone users.

The technology is called Infinity Flex Display and Samsung had to literally create new materials and processes in order to create this ground-breaking technology. Its functionality is based on years and years of research and development by Samsung. 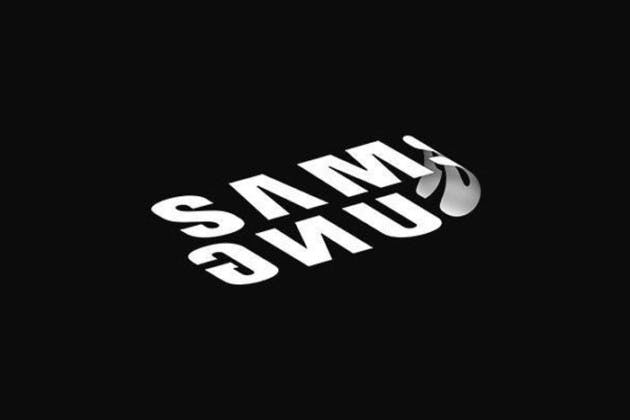 Whilst it feels like everyone just might be coming out with a foldable phone this year, (everyone except Apple), Android pushing their flexible support has kick started a movement that will see Huawei, LG, Samsung, Vivo and more release foldable smartphones in the very near future.

These first iterations will either show promise or miss the mark completely, but Samsung will be leading the way with a phone that hopefully impresses. We're keeping our fingers crossed Samsung actually announced the foldable device not another teaser at this yer's Unpacked event.

Like most of us, we all anticipated a heavy hitting preview at the Mobile World Conference. However, Samsung has quashed this by announcing they will be holding a special "UNPACKED" event to showcase the new device this Wednesday on February 20th. The live stream will kick start at 7pm. 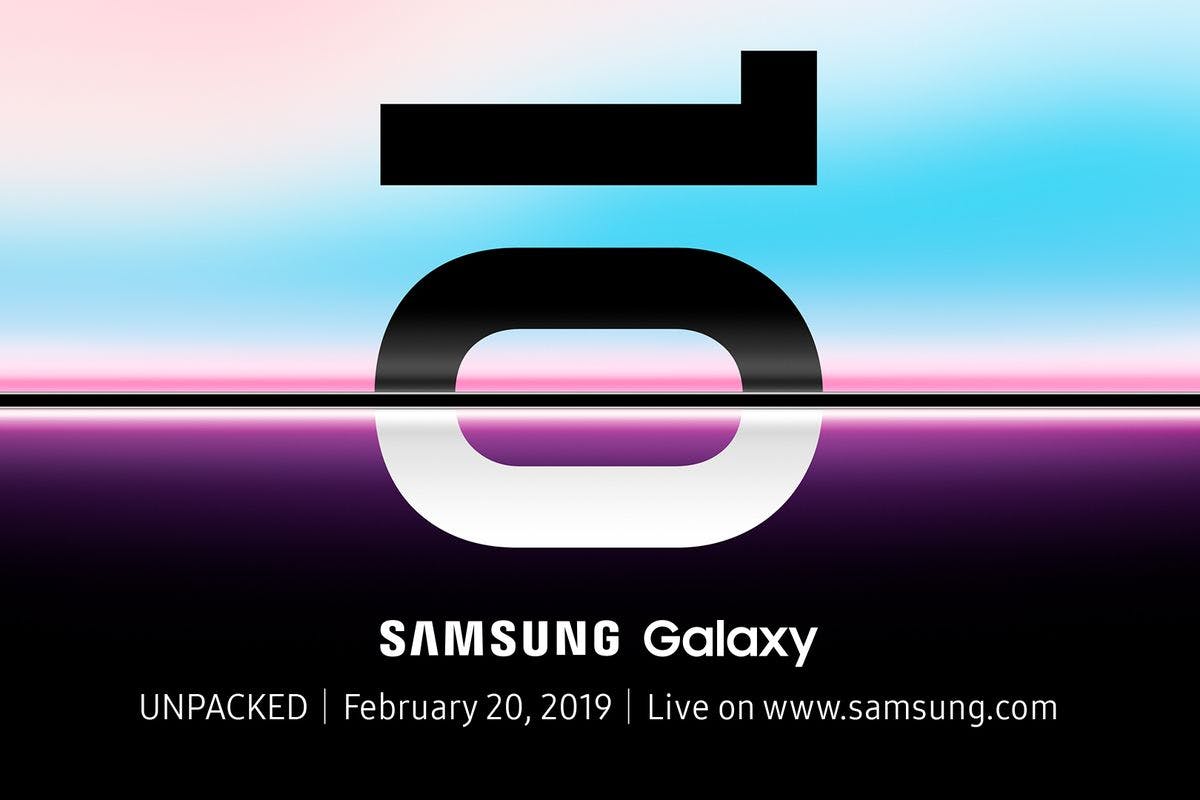 The Wearables App Reveals All

They can't get anything past the populous these days, the extra scrutiny around Samsung products has lead a group of people to discover that the Galaxy wearable app has been updated to support a range of unreleased products: wireless ear buds, a sports watch and a fitness band. 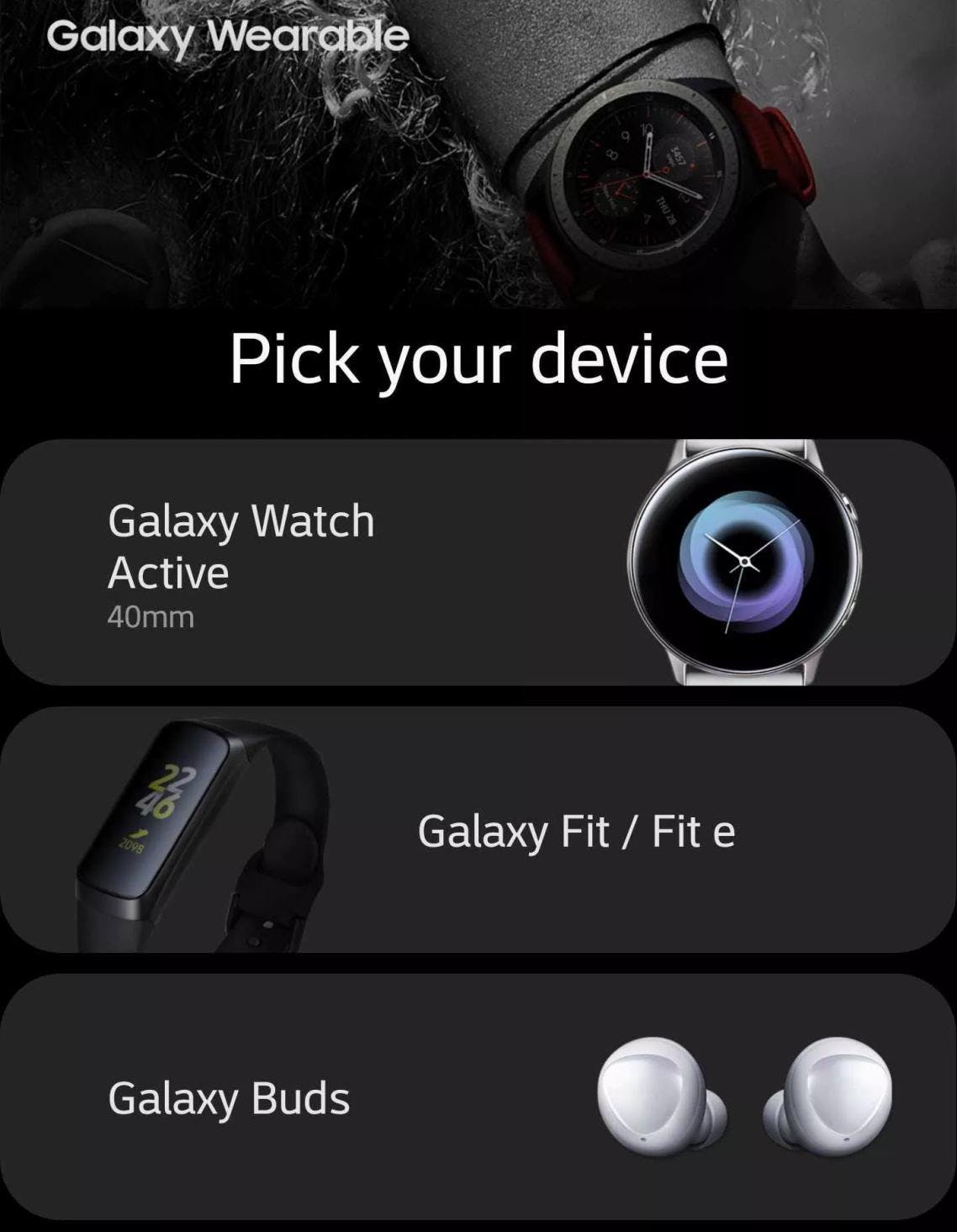 The details of the new range of accessories are yet to be leaked as heavily as the S10 has been, and Samsung are often a little intentionally un-careful with updates like this to draw some attention to the upcoming releases.

There's going to be release news coming thick and fast over the next few days so keep up to date on our blog and Facebook!