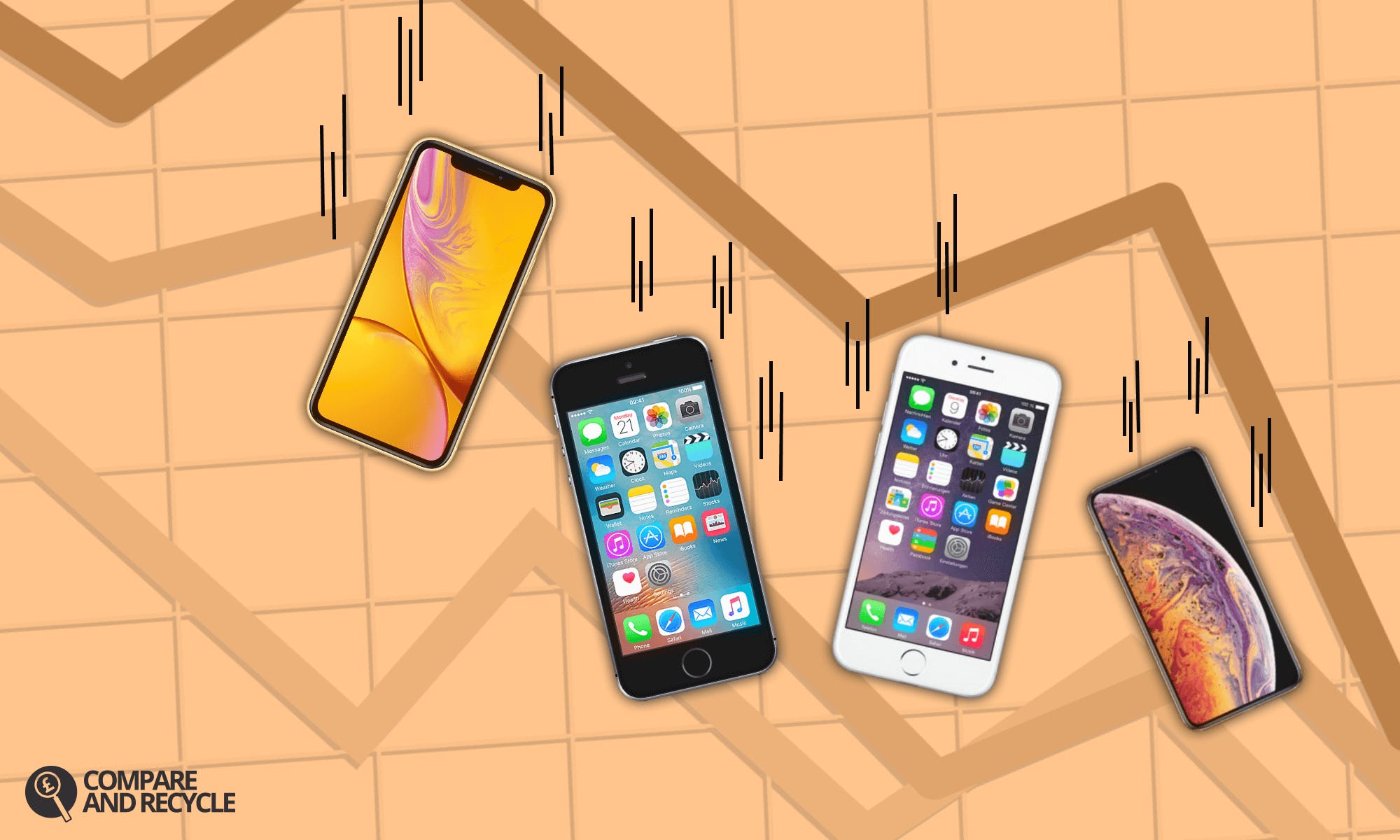 We have said that August is one of the best times to sell your iPhone, but now September has come around, the announcement of the new iPhone is imminent and recyclers have already started to react by dropping their prices for some of their phones.

This isn’t across the board for all iPhones, and it is not across all recycling merchants, so there is still time to grab a good price for your old smartphone before it drops even further after a release.

There have been two devices that have seen the biggest drops in September. The iPhone 6 range has seen drops ranging from 9% to 25%, which is because the iPhone 6 range will not be supported with the release of iOS 13. Because of this, recyclers are reluctant to offer good prices. The iPhone SE is second on the list, and although it is still supported through iOS 13, it is likely be its last year and the device itself (apart from being a firm favourite with us) will see further drops as the year goes on.

The iPhone XS 256GB has also dropped significantly, with the 64GB and 512GB dropping by a value of 6% and 5% respectively. This possibly targets the serial upgrader and will probably drop considerably further after the Apple announcement to capture those that are looking to upgrade to the newest model whatever the cost.

Along with the devices that drop considerably are devices that have held their prices or even increased in price in the run up to the iPhone launch.

The iPhone XS trade-in prices have been particularly turbulent, dropping down as low as £570 but recovering to a top price of £645 over the weekend prior to announcement. The 64GB and 512GB dropping by a value of 6% and 5% respectively since the beginning of September. This possibly targets the serial upgrader and will probably drop considerably further after the Apple announcement to capture those that are looking to upgrade to the newest model whatever the cost.

So Should I Wait or Sell My Device Now?

The short answer is that it depends on which device you have, however we have a few key recommendations for you to consider from the patterns that we have observed over the years.

Older devices such as the SE and 6 range are dropping fairly continuously and will continue to drop post-announcement until they are no longer supported. iPhones from the 6S to the iPhone 8 seem to be holding on to their prices somewhat better, while the 7 Plus devices have dropped by over 5% of their value. Once the announcement happens, these prices could drop by 10%-20%.

On the positive side, the "budget" iPhone XR device bucks the trend to be the better value device, with more consumers opting to keep hold of their XR as opposed to selling it on.