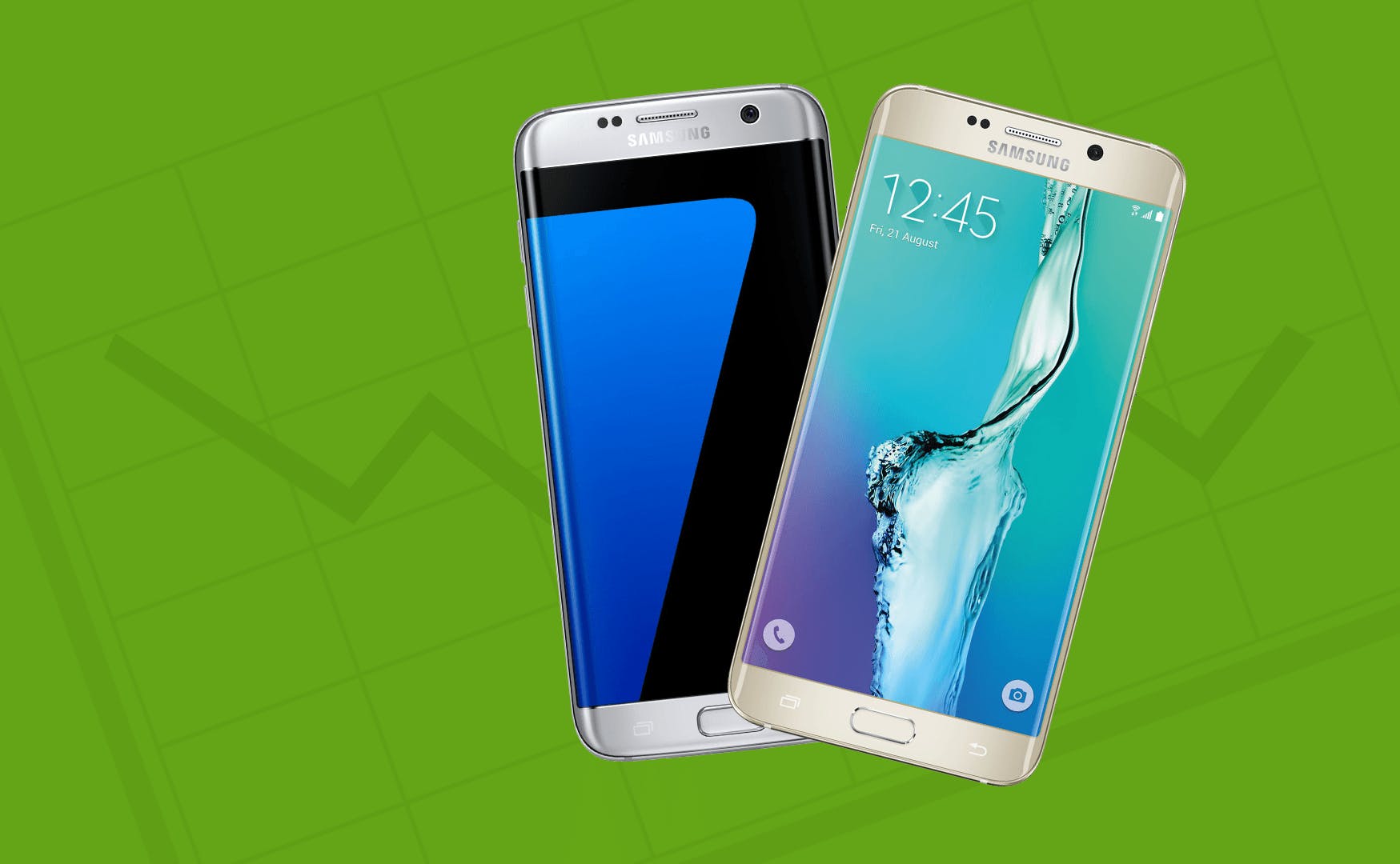 In anticipation of the Samsung Galaxy S9 announcement at Mobile World Conference, we analyse the price of previous models for those you looking to make the upgrade.

It’s the time of the year when the new Samsung release is about to be announced and like clockwork, the first sneak peaks will come at the Mobile World Congress in Barcelona. There have of course been some leaks and theories that have come out, and you can read about them on our blog here.

We know that most trade-ins follow a two-year cycle. This means that the majority of people considering buying the Samsung S9 will be trading in their S7 Edge.

Released in the UK on 12th or March 2016, the S7 Edge improved a lot on the already aesthetically pleasing S6 with the curved edge, but the S7 Edge was released with 5 star reviews from Tech Radar and Expert Reviews, and an almost perfect 4.7 star review from GSM Arena.

We are starting to see more people investigating the value of their Samsung phones in anticipation for the specifications of the S9 announcement, with traffic up 44% to Samsung phones. So we thought we would take a deeper dive into the historic prices and depreciation of the S7 Edge and compare it to the S6 during the release of last years S8 models (to follow the same two year trade-in cycle).

Purchase price for a sim-free S7 Edge at time of release was £639, two years down the line, we can see how much of that value has been retained by the phone and how much the recycling merchants are willing to pay.

The last three months have been consistent, but there has been a downward trend of the offer price dropping around £7 a month. The peak in September was at £239.10, and todays price is £197. This 3% depreciation a month is less than most of the other top phones. 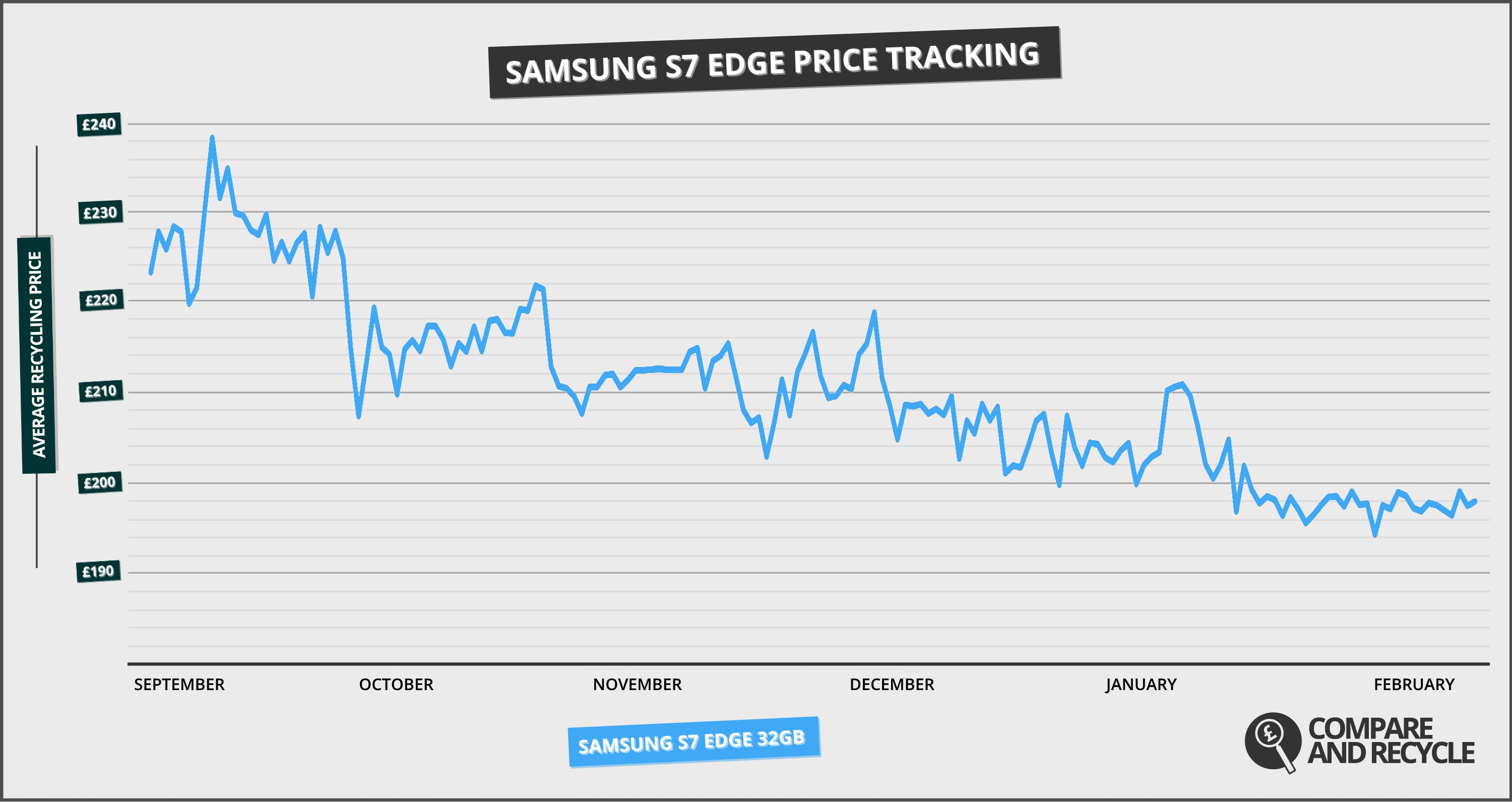 This doesn’t take into account what might happen in the run up to the announcement, so the best way to find out is to follow the same 2-years-ago pattern and look at how the release of the Samsung Galaxy S8 reflected on the Samsung S6 Edge prices.

The two-year cycle is even more apparent on Android devices as they are retained for the entirety of the contract according to studies. Maybe this is because of the less fragile nature and repair-ability of handsets compared to Apple devices.

Two-year contracts have been the industry's standard for some time, so the release of the S8 would have seen many people updating their handset on this schedule. 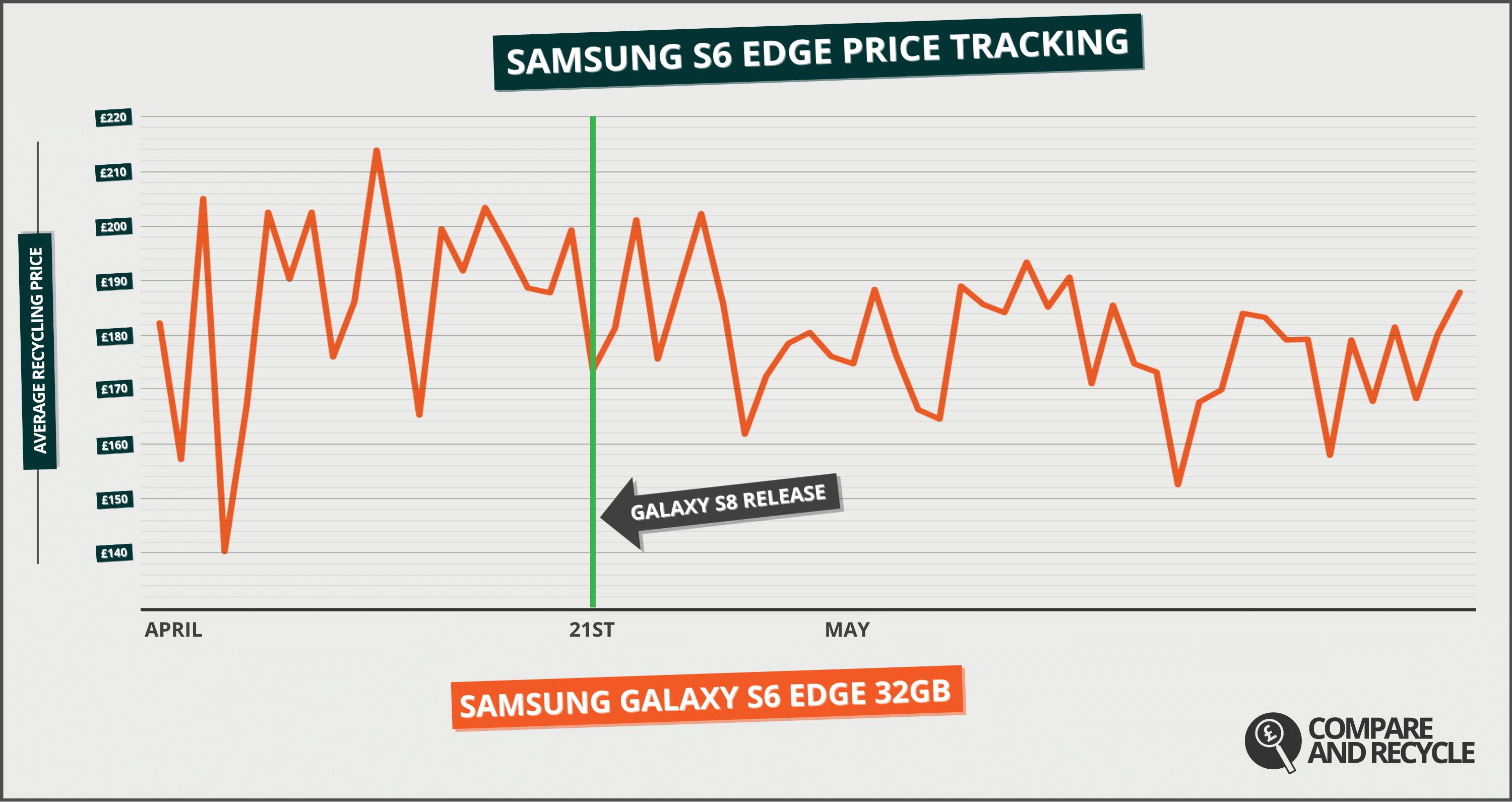 If we look at the price changes over the course of the Samsung Galaxy S8 release, we can see that the price fluctuates between a very favourable £200 (above average for the month of March) and then drops to below £190 with most days around the £170 mark.

What does this mean for the Galaxy S9 Release?

The price updates will be worth watching closely, especially for those considering trading in their S7 in anticipation of the new S9.

On the plus side, the release of the S9 should see a reduction in the price of a refurbished Samsung Galaxy S8. The Compare and Recycle team have loved the Galaxy S8 so you couldn’t go wrong getting the more pocket friendly option. Compare refurbished mobile phones on our brand-new comparison page.