Now Is the Best Time to Sell Your iPhone 6: Here's Why 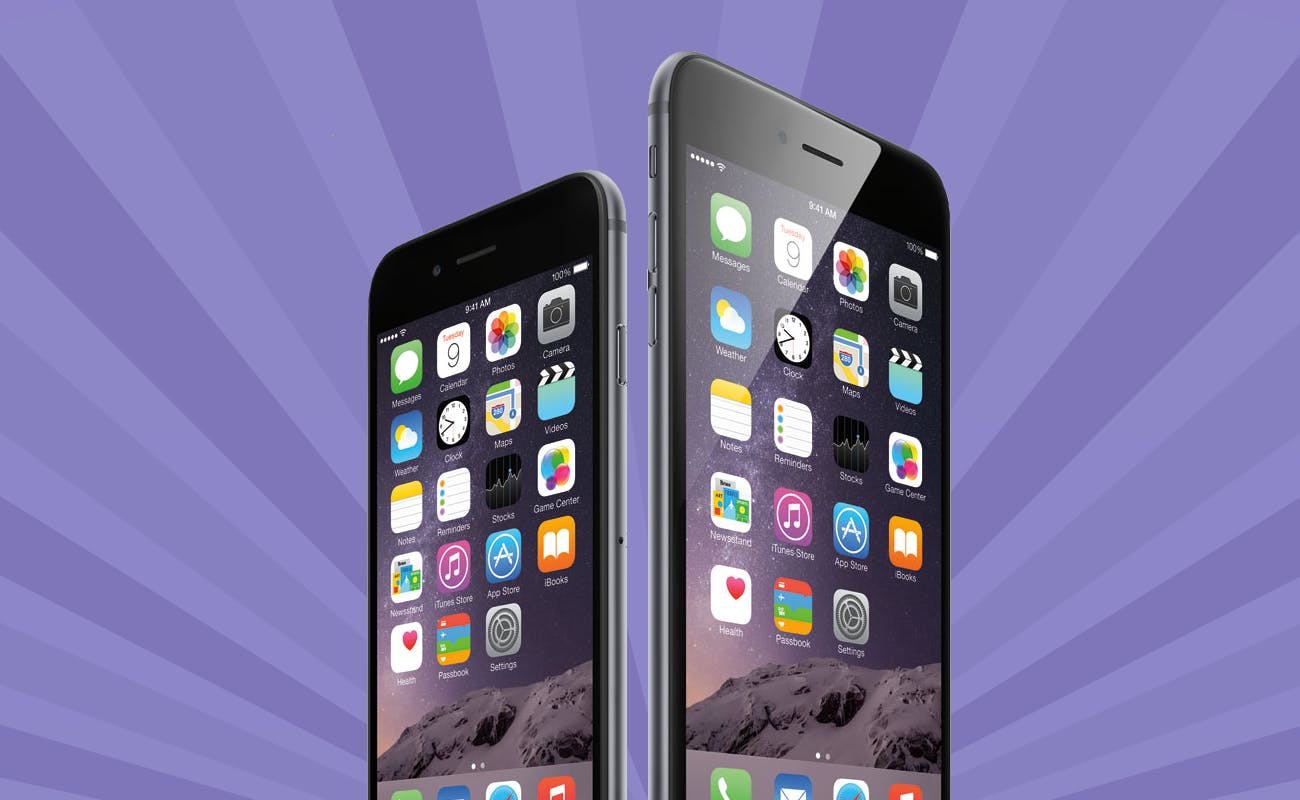 It's the time of the year when the smartphone industry and Apple's rivals are eagerly anticipating what the next addition to the Apple family will be.

While everyone is doing their guesswork on what Apple's got up their sleeve, we pulled the data from our price tracking system to see how the recycling prices for the iPhone 6 and iPhone 6 Plus are looking in the run up to Apple's yearly iPhone release.

Earlier this year at WWDC (Worldwide Developers Conference), Apple revealed its next software version that will be running on the upcoming iPhone XI line-up, and will also be available for older generation iPhones and iPads this September. Despite the iPhone 6 and 6 Plus being great phones, with their largest ever screens and powered by a smart A8 chipset, they will turn 5 years old in a few weeks and the iOS 12 is the last version of software that they can upgrade to.

That said, the iPhone 6 and iPhone 6 Plus won't be compatible with iOS 13 rolling out later this year which means that there's little time left before these 2014 iPhones will reach their lowest trade-in prices. 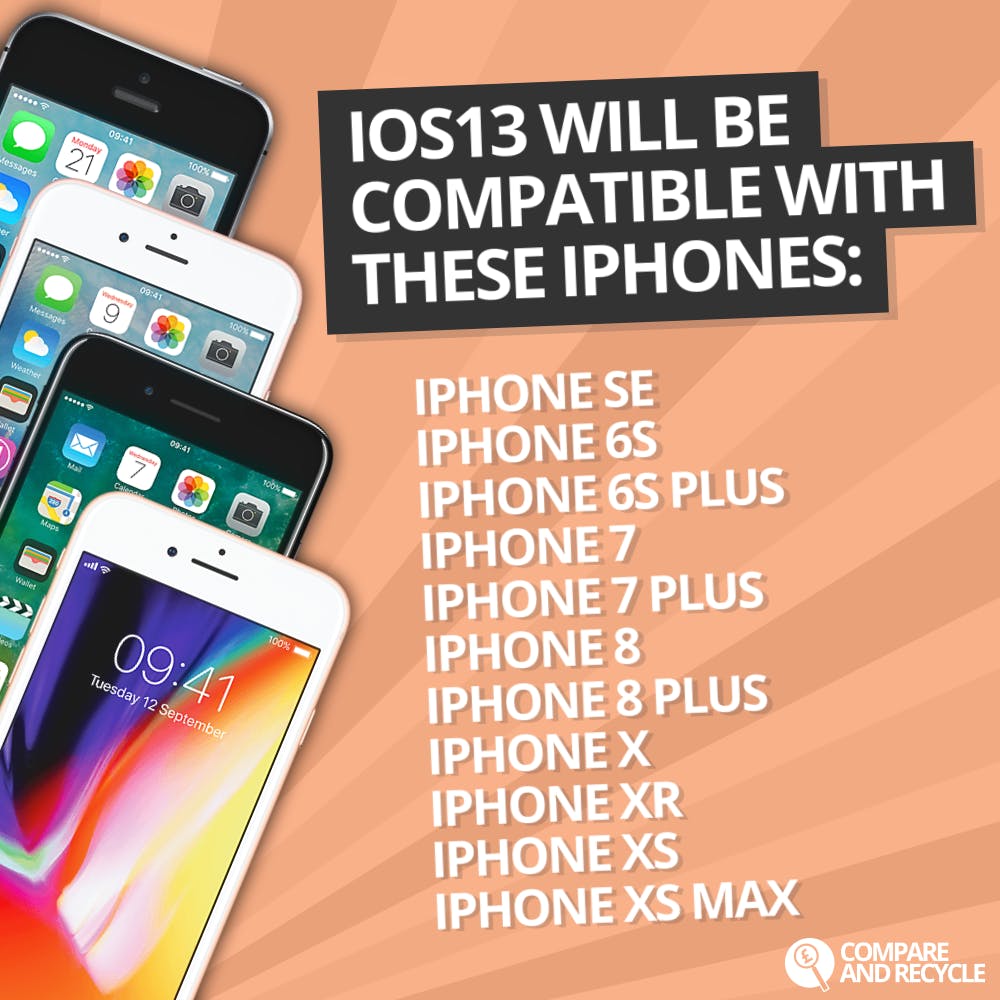 Apple is doing a remarkable job at keeping their iPhones supported for an additional few years in comparison to Android phones, but iOS support for the iPhone 6 and 6 Plus is about to end.

When the iPhone 8 and 8 Plus were released with iOS 11 straight out of the box, the iPhone 5 and 5c stopped receiving software updates and recyclers dropped their offer prices significantly. 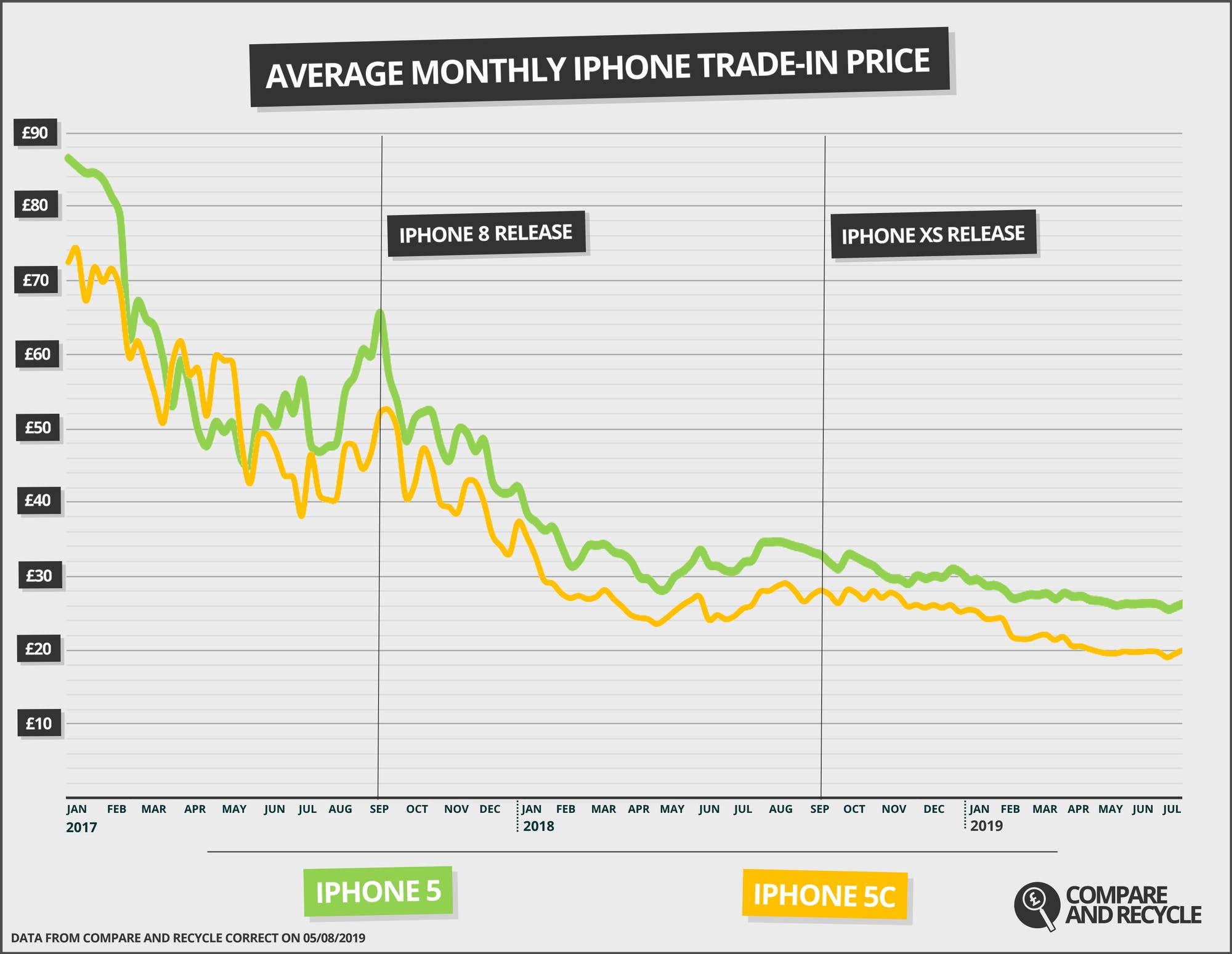 How Did iOS 11 Affect iPhone 5 Recycling Prices During Its Release in 2018?

How Did the iOS 11 Release in 2018 Affect iPhone 5c Recycling Prices?

The same pattern can be seen with iPhone 5c recycling prices as this iPhone model wasn't compatible with the new iOS 11 version once it rolled out in September 2018. Merchants were offering on average £12 more for an iPhone 5c prior to the iOS 11 release and that's when the 4 year old iPhone 5c could have fetched around £50. Since the iOS 11 distribution started, the iPhone 5c value has depreciated dramatically- by a further 60% since.

What Impact Will iOS 13 Have on iPhone 6 and iPhone 6 Plus Recycling Prices?

Looking at the iPhone 6 and iPhone 6 Plus recycling price dynamics for the past 2 years, we can see that these iPhones are holding their value surprisingly well, given the fact that they were released 5 years ago. 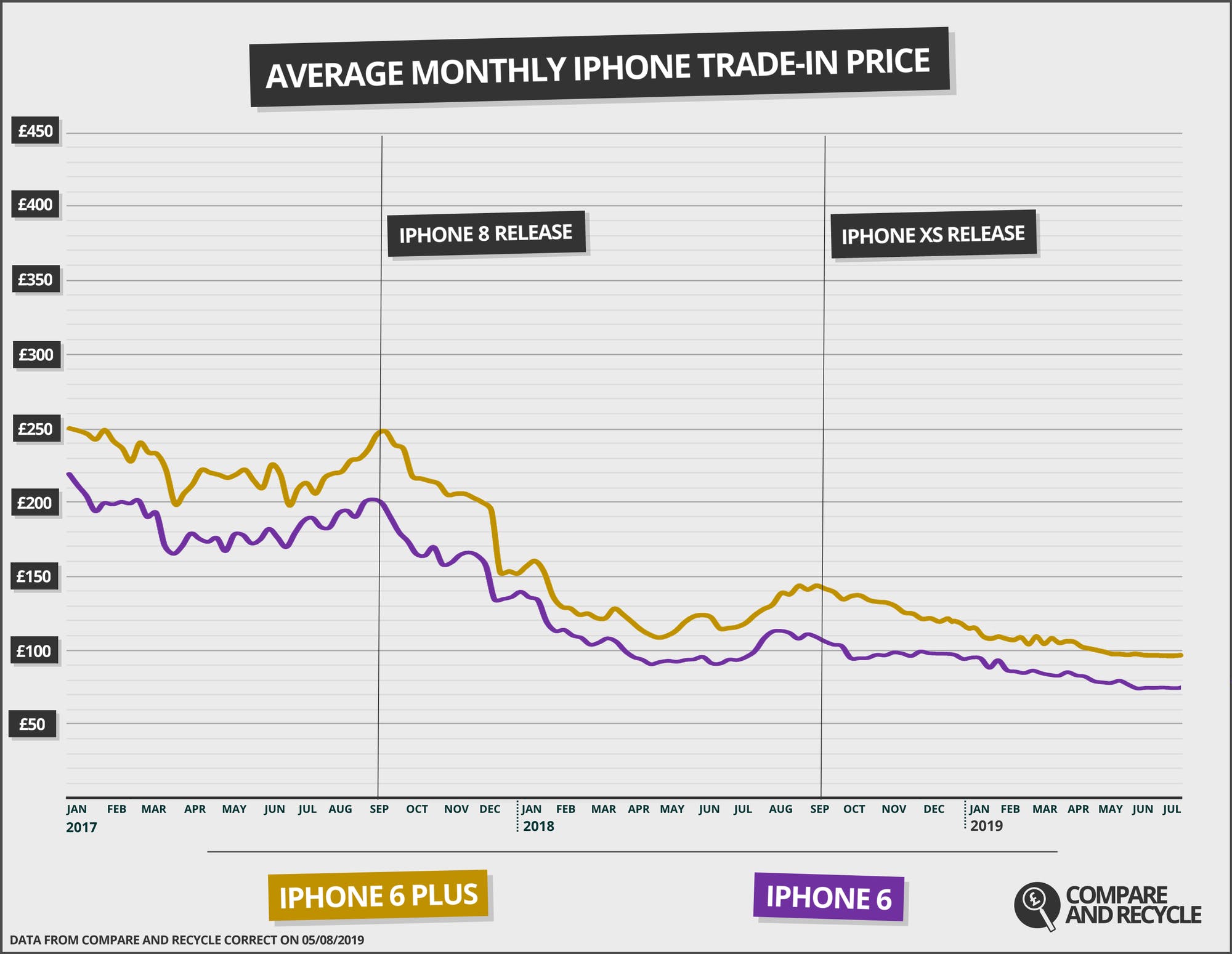 When iOS 11 was released in 2018, the iPhone 5 and iPhone 5c duo were the first of their kind to undergo considerable recycling price reductions due to incompatibility with the latest software update. It's safe to say that the iPhone 6 family is also likely to follow this pattern.

According to our findings, selling your iPhone 6 and iPhone 6 Plus in August is your last chance to get the best price:

With the new iPhone lineup and the iOS 13 release around the corner, this is your last chance to get a higher trade-in offer before iPhone 6 and 6 Plus models start to lose their value irrevocably.