The iPhone 11 has been released, and it received many plaudits and a lot of positive feedback since Friday the 20th of September. Following the release of the devices, Apple also published the environmental reports for the new devices, which we will be analysing. Are Apple releases getting better or worse for the environment?

Every year we do a deep dive into the yearly environmental reports that Apple release, but alongside the general environmental report, they also release product scorecards for each of their new products detailing innovations in their supply chain and total emissions from production through to use and end-of life.

All devices have received a green-over, with Apple developing the methods and materials to build the new and more environmentally sustainable devices. We have detailed the iPhone's newest green credentials here and in this post we will be looking at the facts and figures provided by the environmental reports to see whether these improvements are making a difference to the overall CO2-e generated by each device.

The cheapest of the three models has more in common with the well-received and officially best selling iPhone XR, which has shifted the focus away from a budget moniker and has instead refocused on the premium aspect with the Pro models. The iPhone 11 should be in line with the lower emission models of the iPhone and we will be disclosing where each of these devices rank towards the end of this post. 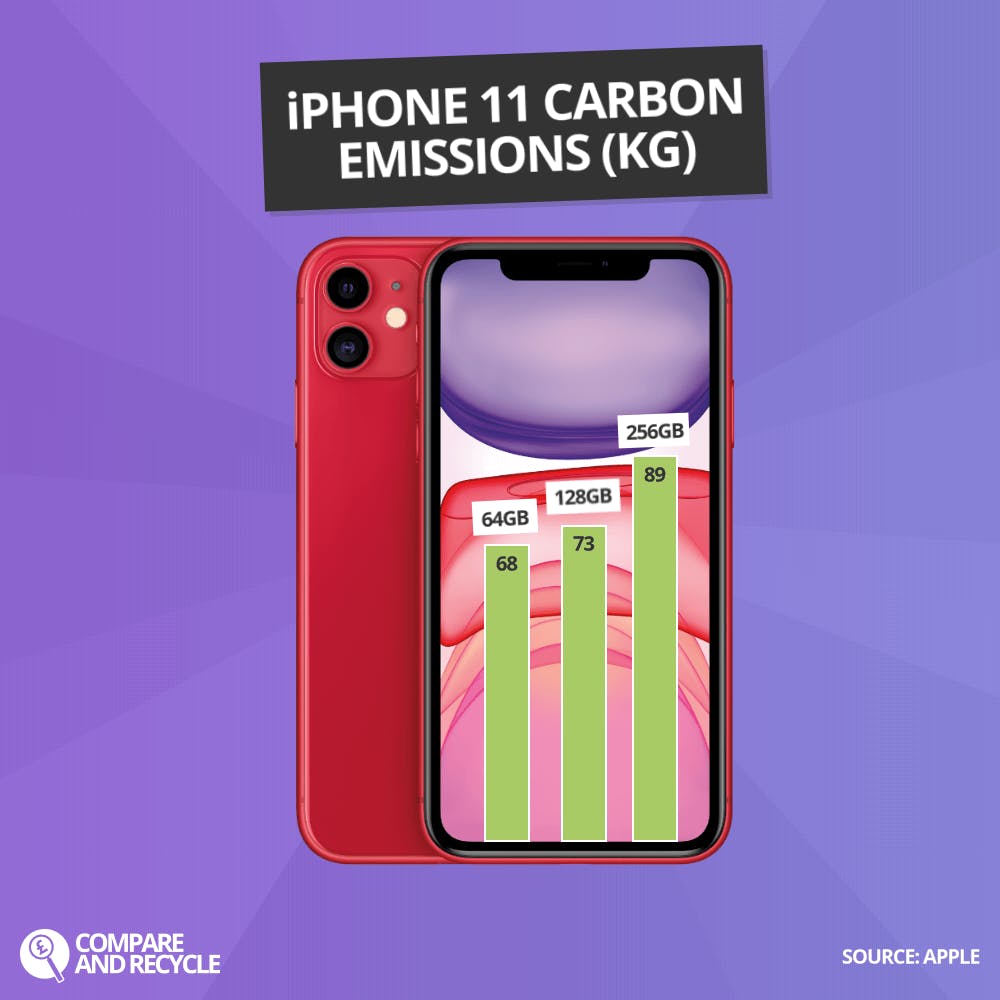 In the iPhone 11 environmental report, Apple compare the iPhone 11 to the iPhone XR, in terms of its emissions. We concluded last year that the iPhone XR was a step in the right direction for making phones more sustainable, however this year has moved once again in the opposite direction of emissions per product. Even though they are making supply chain improvements, these minor increases have been greatly exacerbated over the hundreds of millions of iPhones 11 they will inevitably sell.

We held out hope that the new Pro models were going to buck the trend of ever-increasing emissions per product. However, the iPhone 11 Pro comes with marginally higher emissions per product than the XS range. The XS range was already some of the highest emission iPhones ever, so to see an increase on last year's numbers is disappointing. 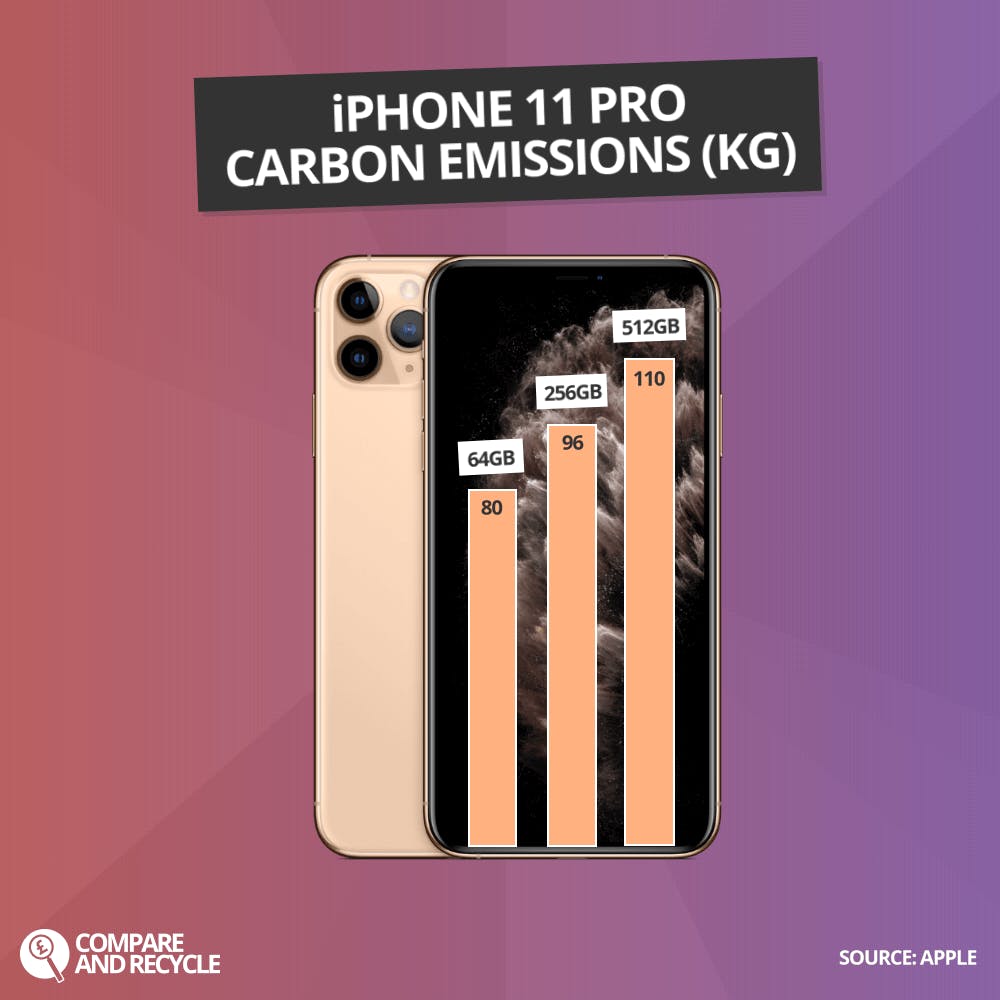 The largest jump actually comes from the medium tier 256GB capacity, jumping up by 4.35% from last year's equivalent model. 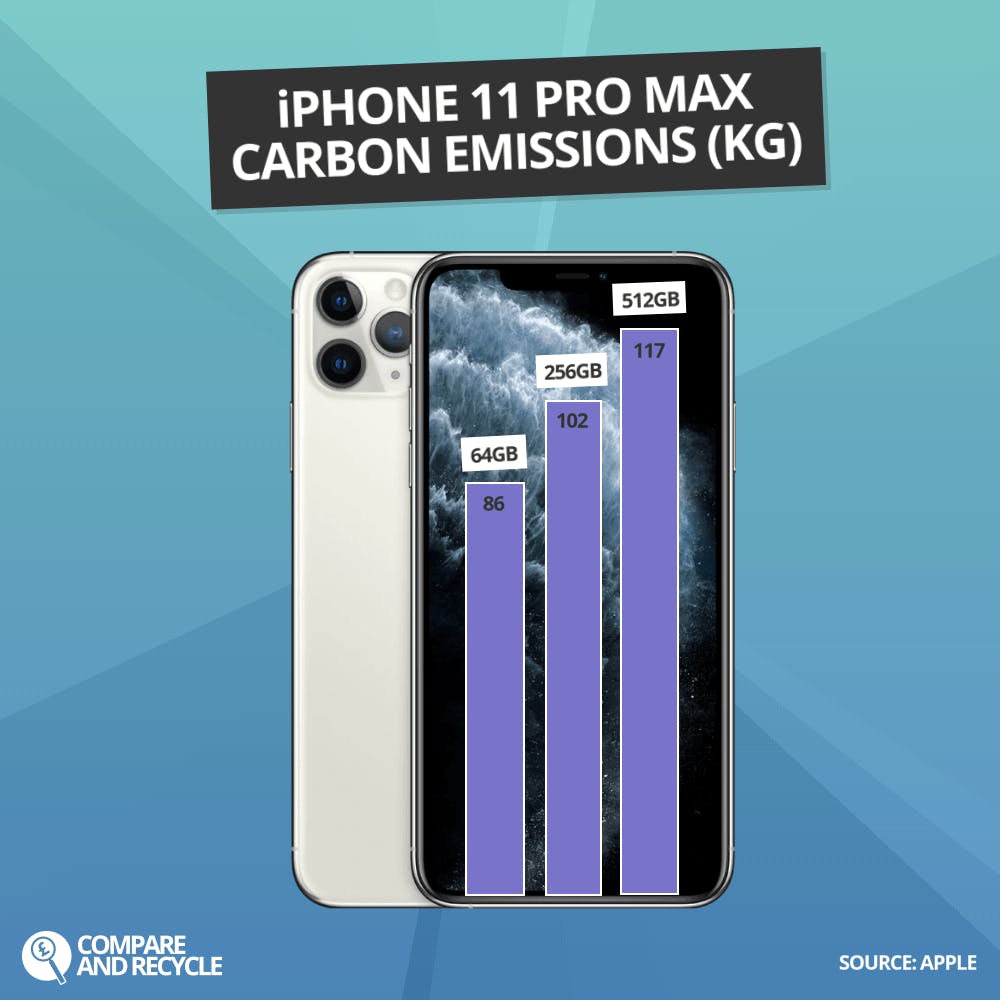 All configurations of the device are continuing to grow in emissions per device, however these are the smallest overall increases of all the iPhone 11 range.

It is worth mentioning that older devices didn't have specific data based on capacity? We have now come to realise, capacity makes a big difference to the emissions from production.

*Emissions not detailed for different capacities

We are not going to say- 'don't buy the latest iPhone', as it's a great piece of kit and one of the best that they've released in years. Apple have done a lot of good for the industry and they are really focusing on their green credentials by using recycled materials and ensuring that all their offices and retail stores are running as waste-free and carbon-neutral as possible. However, if you want to make your next device as green as possible, there are some obvious choices that you can make.

By being more frugal with your storage space, you can save up to 31kg of CO2-e emissions, which is more emissions than the phone will use for the rest of its life, even at the highest speculation of usage and charging multiple times a day.

The lower capacity iPhone 11 has the lowest emissions of the lot, and it has the same CO2-e emissions as the iPhone 8 Plus and placed joint 25th.

All devices have seen a relative increase in greenhouse gas emissions compared to last year. While the Pro and the Pro Max have only increased by a small percentage, it is still an increase and is not going in the right direction. In fact, all device emissions have been increasing since the iPhone SE, with only the XR bucking the curve.

It could be the case that as the devices are using more recycled materials, recovery of these could be more energy-intensive, however there is very little information available which tells us why these devices have a higher emissions per product than in previous years. Apple claim that they are "about the same as {the previous model of similar screen size}", with no further explanation provided.