Apple is set for its biggest iOS release ever, which is anticipated to be the biggest revamp the operating system has seen since Apple completely overhauled its mobile design in 2013 with the release of iOS 7. 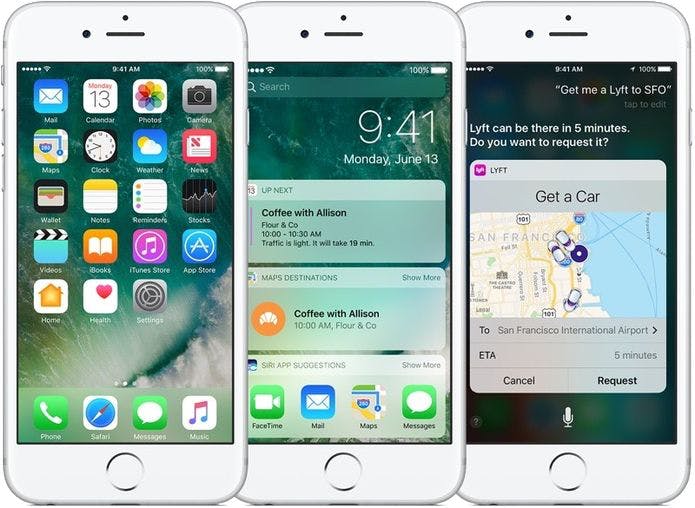 Here are some of the best features for the new operating system:

Apple have released a feature that automatically transcribes an answering phone message. This was one of the expected features that was going to be introduced to the operating system but still comes as a welcome addition.

This is more of an addition to the visual voicemail feature that allowed users to listen to their messages within an application rather than having to dial a number.

iMessage has been fairly neglected in the last few years, and as one of the most popular applications, the new updates despite being overdue have the potential to improve the way we message.

Not just the “stocks” app, but all apps that come with the iPhone can now be removed. This comes as a great relief to the many number of people who constantly have to drag the unwanted apps to the bottom of the list. Nobody wants bloatware and they can take up a sizeable proportion of the internal memory.

Getting the phone out of sleep mode has never been easier. Checking the phone for notifications is no longer reliant on haptic pressure on the central button, you can now just tilt the phone, or pick it up and the screen will show your latest notifications.

TouchID now works so fast that you can’t check your notifications without unlocking the phone. This is going to be a very welcome addition.

Applications are going to become a lot more useful to iPhone users without having to open them, as widgets will now be able to place pretty much everywhere with the new operating system. Displays will make it to the lock screen, as the “slide to unlock” has been totally removed and you can only open an iPhone using TouchID.

These are just some of the new improvements made to the phone's operating system, and they should provide some much needed changes to an operating system that wasn’t moving as fast as its competitors. They have also opened up Siri to developers so expect more integration and better functionality along with the already improved personal assistant app.