If a better gaming phone comes out this year, we will happily knock them off their top spot, but here are the top phones for mobile phone gaming for 2019. 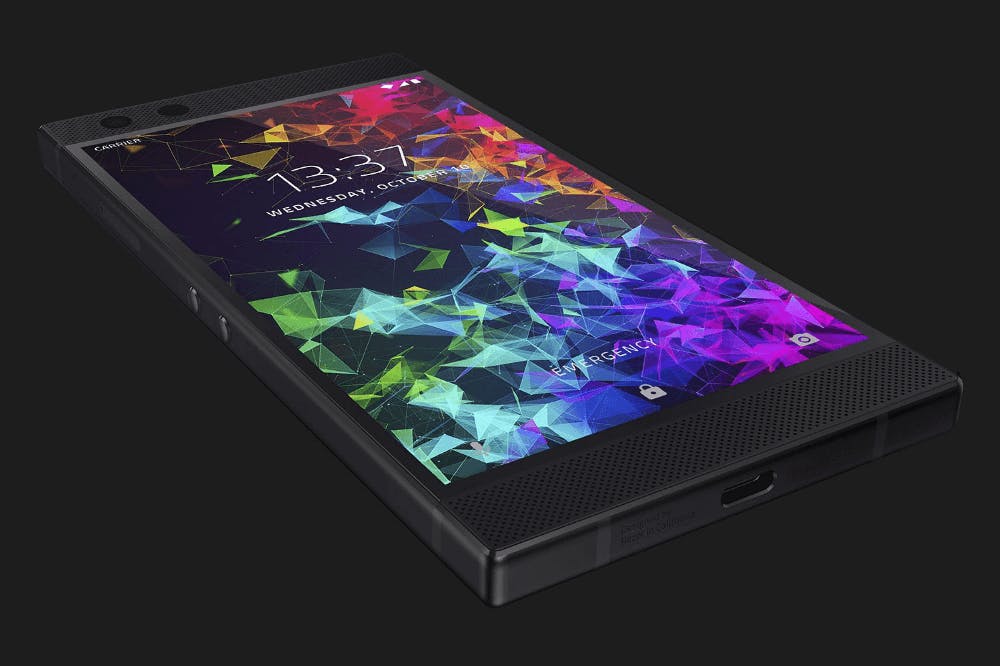 Razer have gone all out to ensure that this phone can facilitate the best mobile phone gaming experience possible. The standout specification of the Razer 2 is the impressive screen refresh rate that helps to bolster the fairly standard Adreno 630 GPU within the phone. But with “vapour cooling” the device can withstand much more than just a brief stint here or there, and can maintain higher performances for longer. The screen is super sharp and crisp with a 513 ppi density, and did we mention the refresh rate?

Mobile gaming really comes into its own when you can use a controller, as the touchscreen is less than ideal for fast paced games. The Razer Raiju mobile phone controller is responsive over Bluetooth, but for those wanting as little of a lag as possible, then the USB-C connector is the way to go.

The Razer is one of the most impressive gaming flagships around at the moment even though it's only their second smartphone model. The super-fast display is ideal with system animations such as moving between apps. It's polished, well rounded, and not overly garish for day to day use. The Razer 2 is one of our favourite phones on both aesthetics and performance.

We have a lot of great contracts available to compare here at Compare and Recycle, or you can opt for sim-free on Amazon.

Apart from being one of the cheapest on the list, the Xiaomi Black Shark has a lot going for it. Not discounting the quite odd-looking, but extremely effective, one-handed controller that comes in the box and attaches to the left side of the phone.

The specifications are impressive for a £400 phone, with only the refresh rate letting it down in comparison with the others. Even though the RAM, Processor and GPU are well in line with the more expensive ROG and Razer phones, the Black Shark seems to hold its own.

The screen is not an AMOLED, like the ASUS, nor does it have the refresh rate of the Razer, but for half the price, the screen is full HD and does the job while gaming.

The Shark Mode is a dedicated button on the side that takes you straight into a dedicated gaming dashboard and is one of the best features about the phone. It transforms the phone from a mobile device to a gaming device, and the tactile switch is reminiscent of a GameBoy switch: one flick and you're in.

The design is exactly what you'd expect. Xiaomi know their target market wants a bold and sharp design. It's not going to be to everyone's taste, but it certainly looks striking. 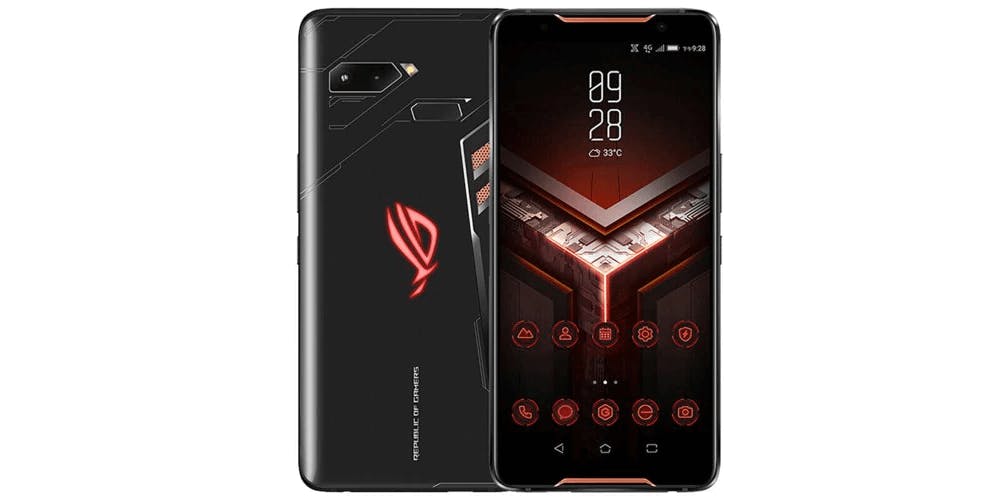 ASUS are heavy hitters in the gaming laptop market, and their ROG versions of laptops are well regarded. They have followed Razer into the gaming smartphone field with their own high power, feature packed smartphone.

ROG is an acronym for "Republic Of Gamers", and this device is definitely packed full of high specs, Snapdragon 845, 8GB RAM, 128GB storage. It has all that you'd expect in a flagship device, however it's the additional features that set the ROG phone apart from its competitors, and ASUS have gone all-in on keeping it cool. The copper heat spreader and "GameCool 3D vapour-chamber" is reported to improve CPU cooling efficiency by 47%. 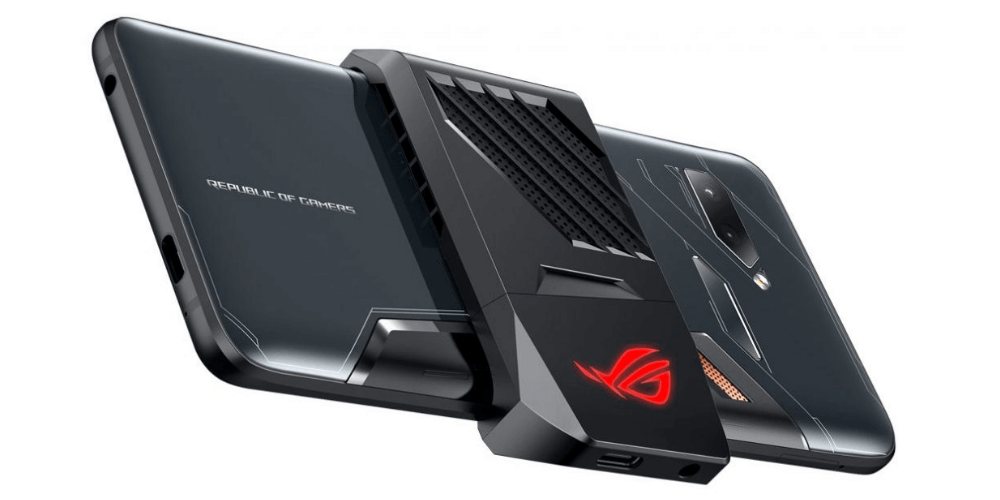 They also include an accessory in the box- an Aero Active cooler that has a fan which clips directly to the back of the phone. It also serves as a charging point so that the cables don't get in the way when gaming in landscape mode.

The ASUS is a heavy hitter- find out how much it costs on Amazon. 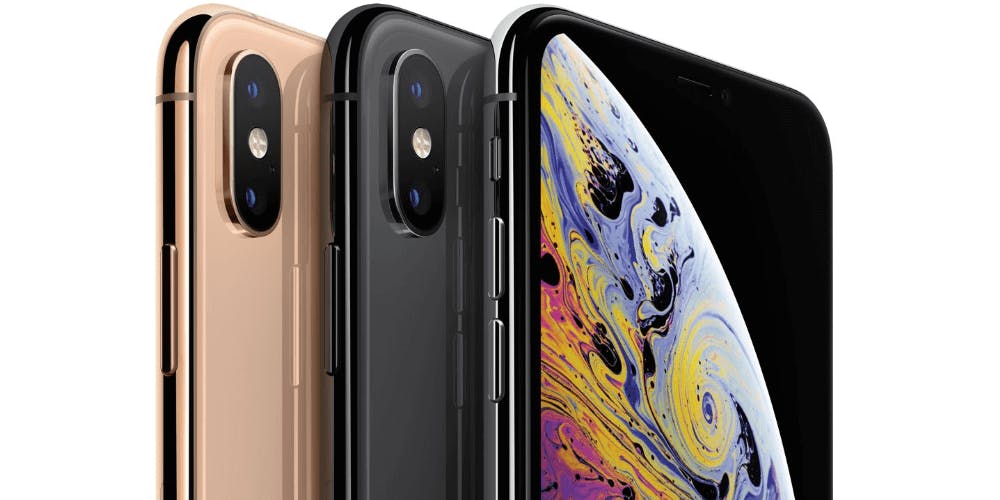 Not specifically built to be a gaming phone, the iPhone XS Max has undeniably amazing specifications, from the 7nm A12 Bionic Chip to the dedicated Apple GPU that doesn’t even stumble when jumping out of the plan in PUBG.

The 120Hz screen outperforms most other screens on the market with only the Razer Phone managing to squeeze out a phone with the same specification. Although there are aftermarket Bluetooth controllers, these can lag and be unresponsive, especially when compared to the Black Shark and Razer Phone.

If you are happy playing with the on-screen controls, then the iPhone XS Max is obviously going to perform as well as, or better than, the majority of the competition.

Please refer to our Compare and Recycle contracts comparison for more detail. 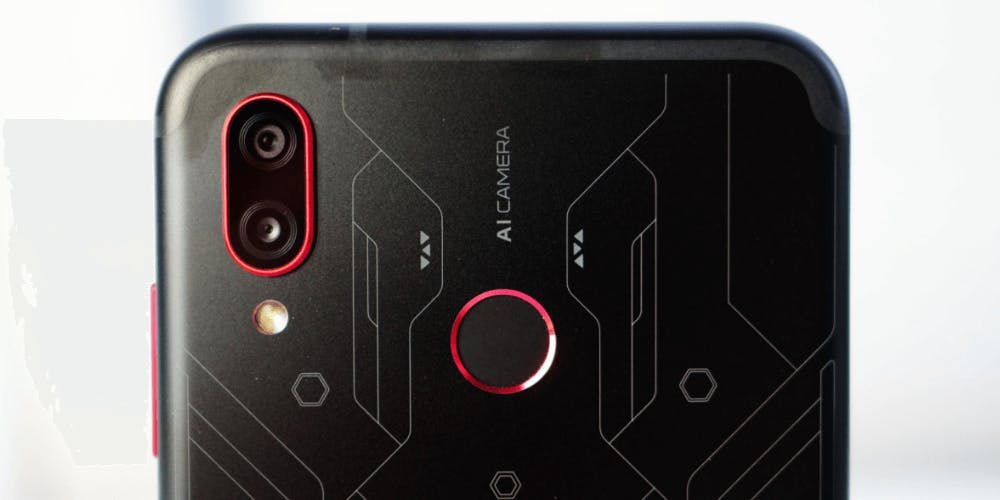 The budget phone on this list is the Honor Play. Heavily marketed as a mobile phone made for gamers, this is the cheapest smartphone on our list. It is currently available for £279.99, so how does this phone hold up compared to the others, that are up to 3 times more expensive?

The majority of the gaming ready features are firmware optimisations, called "GPU Turbo" that are meant to enhance performance and frame-rate delivered by the Kirin 970 SOC processor, along with rumble support and optimisation for battery usage.

There is a subtle difference in the WiFi ratio, meaning that only the strongest signals available will leave you lag-free in PvP gaming. Offline, it handles everything thrown at it though and performs pretty well alongside the others in this list.

The phone itself is quite a bargain for the price, but the Play is lacking compared to its competition as a gaming phone.

The low cost of this phone makes it a strong candidate for best value in this review. 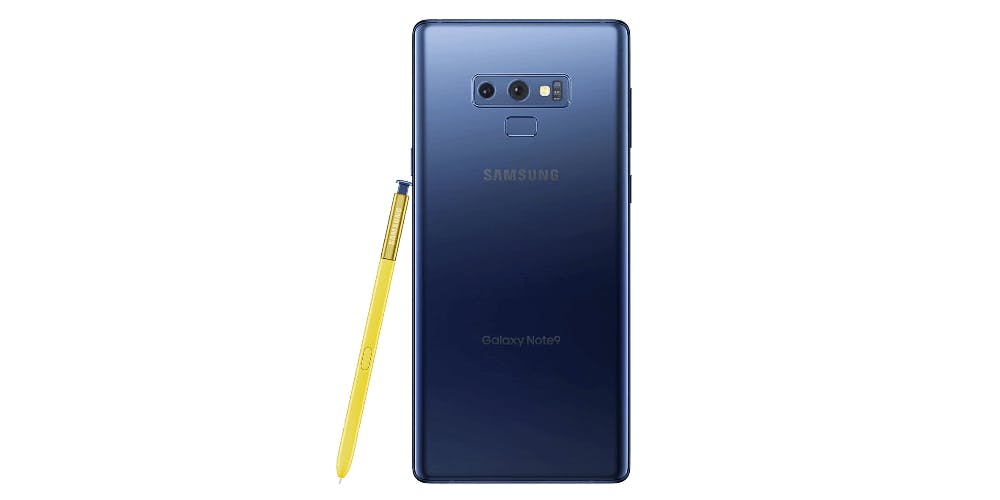 The Samsung Galaxy is a great phone that can be used for gaming, as opposed to a great gaming phone. The specifications are impressive and it's one of the highest bench-marked phones out there.

Despite having a slightly obscure aspect ratio, the screen size and power of this mobile device should not be ignored as a serious contender for great, consistent, and long-lasting mobile gaming. But this is the least you would expect for the most expensive phone on our list. However, you may find the temperature rising. This is one hefty device without any dedicated cooling systems.