Act Now: 12th September Is The Time To Sell Your iPhone 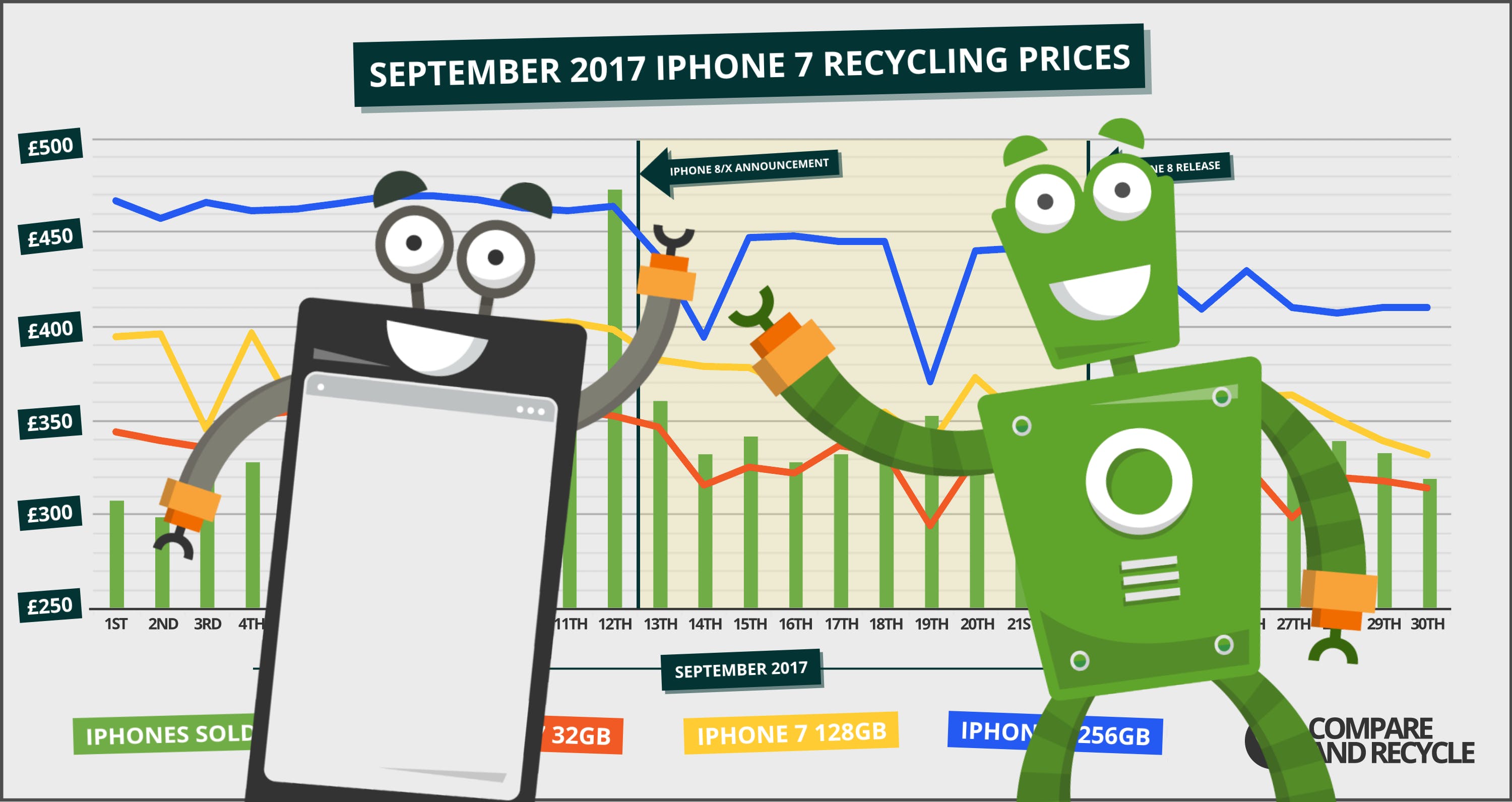 The wait for new iPhones is reaching fever pitch. The invites have officially been sent out and the announcement is going to be held on September 12th .

The announcement date means one thing for iPhone resale prices: they will be at their highest prior the date of unveiling and if you don't lock in your recycling price on announcement date, you will miss out on a fair amount of cash.

Don't believe us? Look at the data.

What the past reveals

Let's take a look at what happened when 2017 iPhones were announced. The graphs below show a resale price for iPhone 7 and 7 Plus dropping significantly after new iPhone line-up has been unveiled. Between the date of announcement and release, resale prices are subject to volatility. 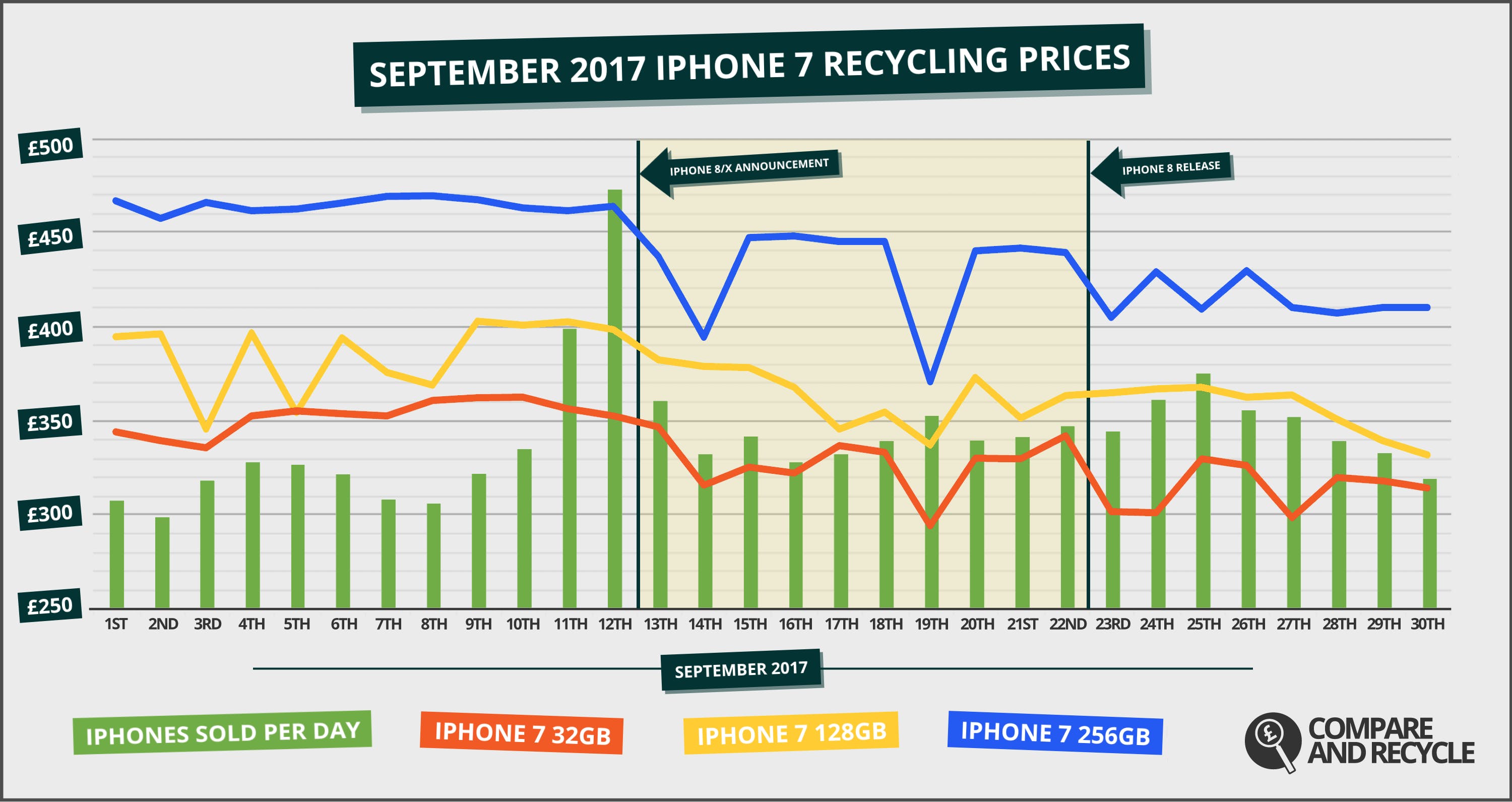 The high demand from the recyclers is what drives prices up. Many people prefer to hold onto their devices before the unveiling to see what Apple has to offer and make the decision to upgrade based on new offerings. Hence year on year we observe spike of orders on the day of announcement. At the end of September 2017, the iPhone 7 recycling price dropped by £40 on average in comparison to prior the announcement.

The iPhone 7 Plus pattern isn't far off the iPhone 7 one. The Plus models tend to retain value a bit better than basic models, but the announcement of iPhone 8, 8 Plus and iPhone X initiated consistent decrease of recycling price throughout the rest of September, dropping by £36 on average by the end of the month. 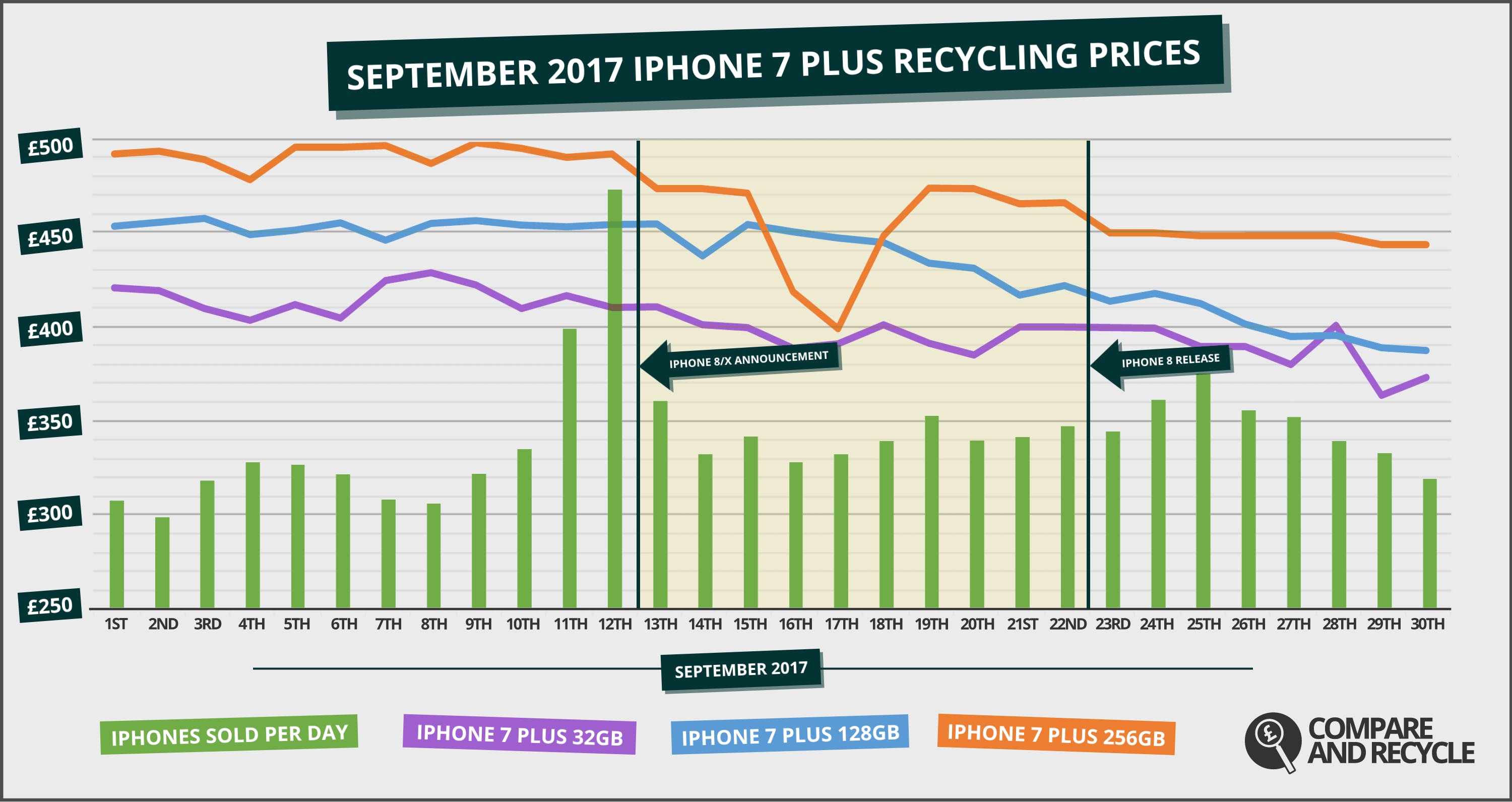 Strike while the iron is hot

Immediately after the announcement, the recycling price enters its most volatile stage with the most sudden drops across all iPhone models. This period of volatility tends to last until the release date and is followed by a steady resale price offering before it faces a plummet that will continue for the next several months.

What could affect recycling prices?

Whilst we look at the historic iPhone prices to determine trends in the price, however there are some additional factors that could affect recycling price for better or for worse;

When Should I sell my iPhone?

There are reoccurring themes every year when it comes to the iPhone announcement and for those asking "when should I sell my iPhone", the following takeaways should be etched into your mind;

So if you are looking to trade up, and haven't yet read our in-depth iPhone price history guide, then head on over and plan your trade-ins, contract renewals or upgrades in accordance to when the prices maintain for the longest.