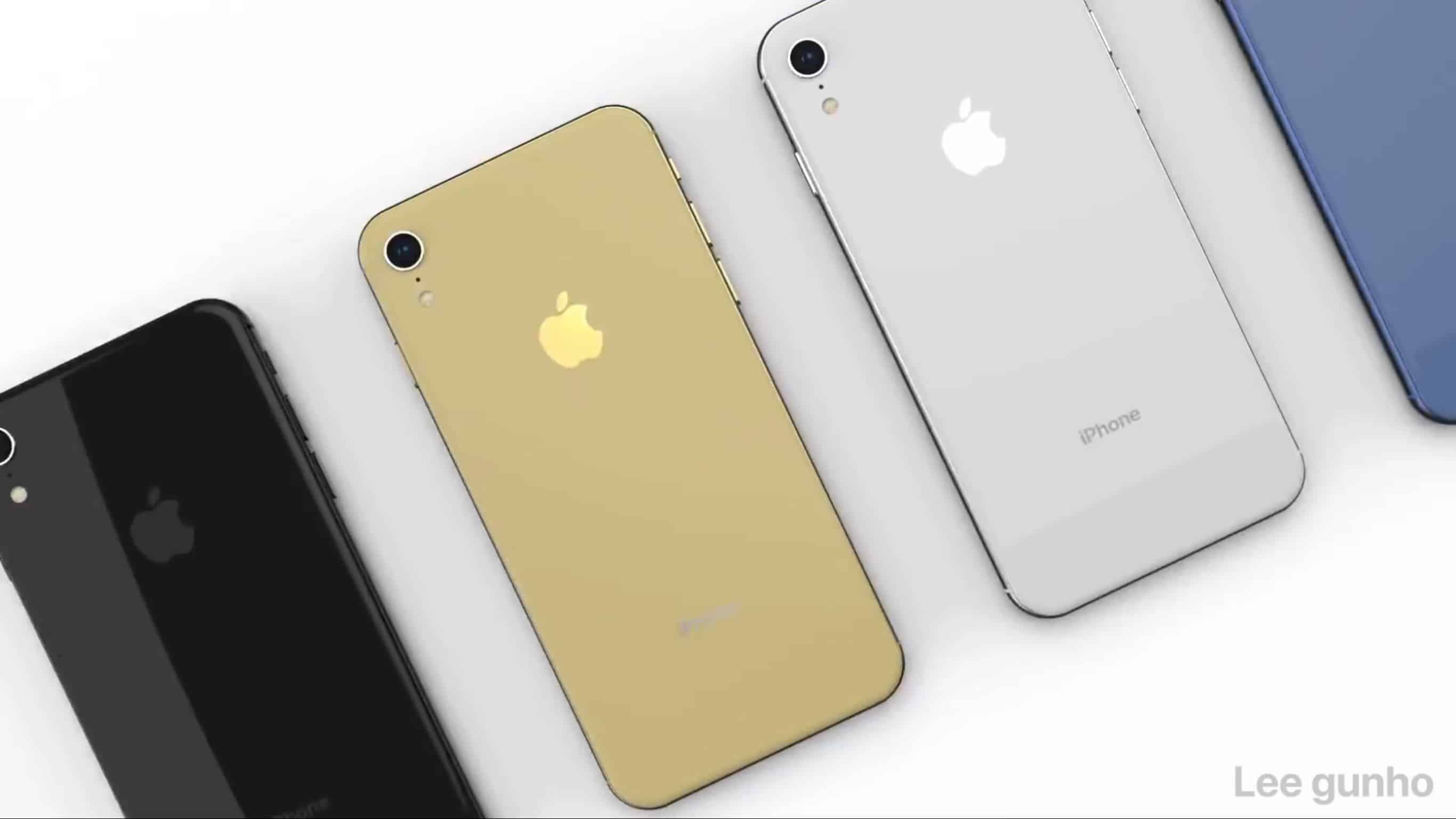 This March, it will be four years since Apple released its crowd-pleasing iPhone SE. Over the past few years, Apple has been steadily hiking up its premium iPhone prices which has fueled iPhone users' desire for a more affordable iPhone. To no one's surprise, the iPhone XR has been Apple's best-selling iPhone with the iPhone 11 being more favoured than the 11 Pro models among upgraders in 2019.

According to the latest reports, Apple has been gearing up for a hardware release in spring 2020, which will be the long-awaited successor to the iPhone SE which might launch as the iPhone 9.

As more official details are being revealed, here's everything that the leaks have told us so far about the iPhone 9: Apple's next iPhone in the budget category.

We can speculate that Apple has been planning to release a cheaper iPhone since 2017, which is why Apple jumped from the iPhone 8 straight to the iPhone X (iPhone 10). Another reason behind Apple's choice to skip the iPhone 9 and go straight with the iPhone X might be to mark a decade of iPhones. Releasing a revamped device with Face ID technology, notched display and no home button symbolised a new beginning for the iPhone. Today, Apple may soon be ready to surprise the industry with another low-cost iPhone that will fill in the gap: the iPhone 9. Yes, we know that the name is a little confusing, but the introduction of an iPhone SE 2 doesn't fit in Apple's current portfolio with the iPhone Xr and iPhone 11 Pro.

How Much Will It Cost?

If Apple is going to follow the iPhone SE, the iPhone 9 will the cheapest iPhone currently available on the market. Previously, Bloomberg reported that Apple analyst Ming-Chi Kuo predicted the new budget iPhone to start from around £399, which follows the original iPhone SE's price point and will be a cheaper, but still very close offering to the current iPhone 8. It might be logical to assume that the unveiling of the iPhone 9 will mark the discontinuation of the iPhone 8 and iPhone 8 Plus, because it's highly unlikely that Apple will let its older and less powerful iPhone 8 line-up cannibalise the sales of its new release.

When Is the Unveiling?

A recent Bloomberg report states that people familiar with Apple's plans claim that the production will start in February and the unveiling will take place as soon as in March 2020 which falls well in line with Apple's previous releases.

What to Expect From the iPhone 9? 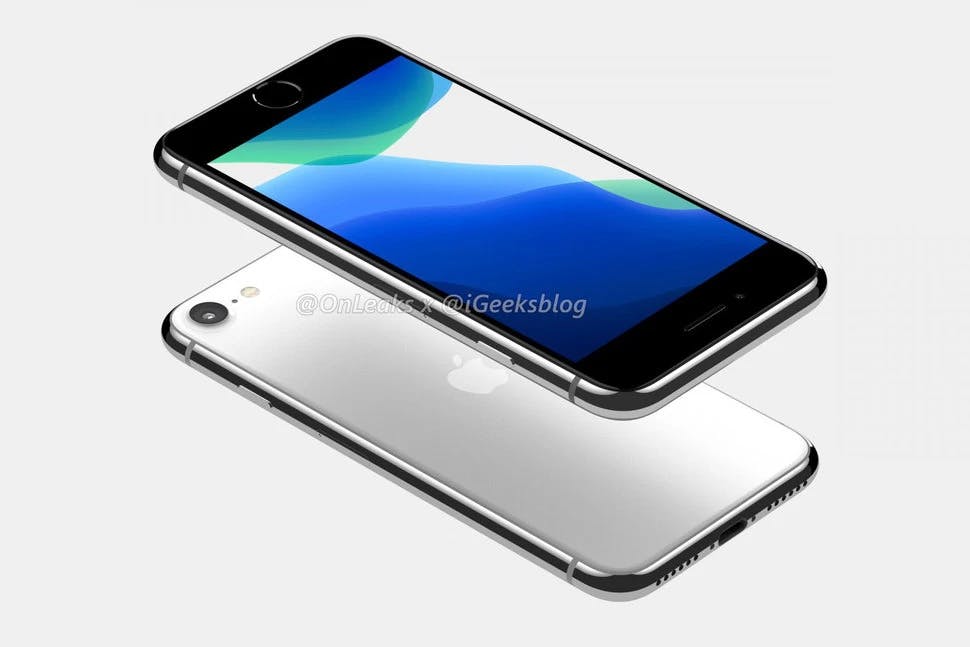 We know this render is nothing close to what you've been imagining the iPhone SE successor to look like, but one thing is clear, the iPhone 9 will be a throwback addition to Apple's offering.

Visually, it looks identical to the iPhone 8 and this is a reason why Apple will most likely discontinue it.

We know that the iPhone 9 will look a bit old-school among newer iPhones, but this is how Apple intends to keep the price low. The 4.7-inch LCD display will be surrounded by thick top and bottom bezels and they'll bring back the home button with Touch ID. To create an affordable device, the Face ID technology didn't make the cut and we are most likely going to see an aluminium body. No matter how much we'd be excited to see an iPhone 9 with a frosted glass back like the iPhone 11 Pro, an aluminium frame is more durable than glass, so the iPhone 9 isn't going to be that fragile (we just hope that it won't bend). 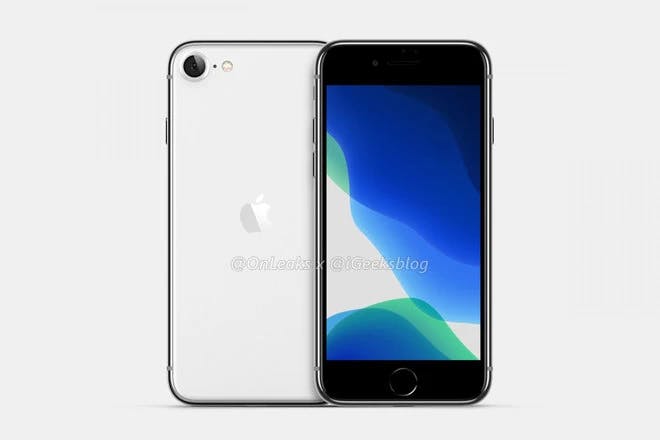 The camera situation seems clear as well and there will only be one camera lens on the back of the phone (most likely a 12MP sensor) if the iPhone 8 is any indication. It might also have a Portrait mode which the iPhone Xr with one rear camera has as well. There haven't been any further details yet about the camera software side capabilities.

Speaking of internals, the iPhone 9 might feature Apple's updated A13 Bionic chipset, which is the one that the iPhone 11 line-up came out with. It is also rumoured to have 64GB and 128GB storage options and 3GB of RAM.

If this low-cost iPhone becomes a reality, it will give Apple a better chance to compete with Android manufacturers in rapidly emerging mid-range smartphone segment. We can expect the iPhone 9 to appeal to potential buyers who'd like to try Apple products but find them to be out of their budget. Of course there are people within Apple ecosystem already who prefer compact form factors and Apple currently doesn't have anything modern on offer. We will be keeping our eyes peeled for iPhone 8 trade-in dynamics to see how this new hardware release that will potentially cause discontinuation of iPhone 8 line-up will affect recycling prices, so check back soon if you want to find out more about it.