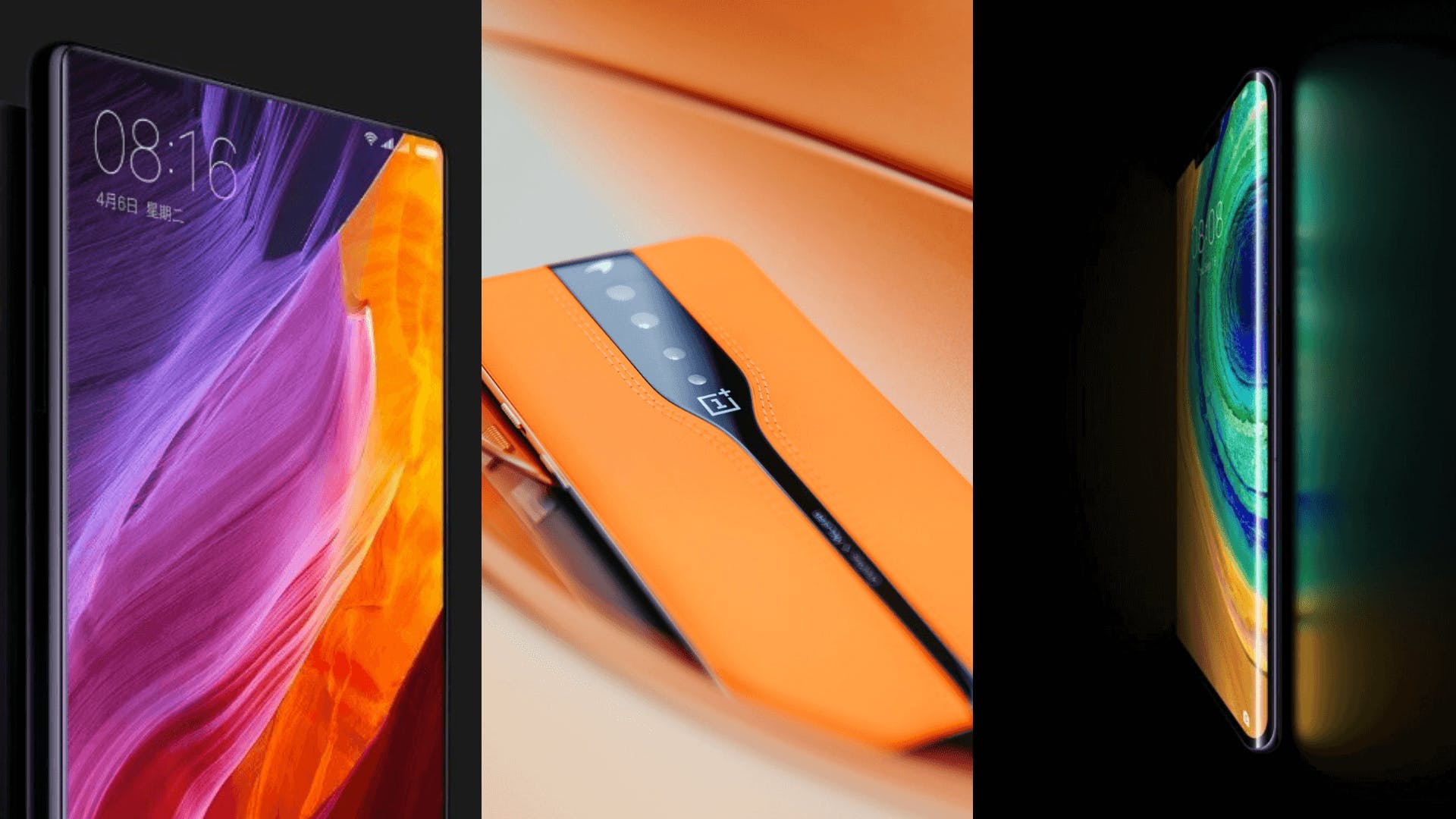 Smartphones these days offer incredible performance and they pack more power than the computers that guided Apollo 11 to the moon, however, the smartphone industry never stops growing and this will be another year packed with changes in smartphone designs and features. Let's dive into the most anticipated smartphone trends of 2020.

The OnePlus 7 Pro took the industry by surprise in 2019 when it came out with a 90Hz refresh rate display. It beat Samsung to the punch with push display technology standards for the popular Android devices, only beaten by specialist 'gaming phone' devices, such as the Asus and Razer. The new OnePlus display won over many tech enthusiasts and after spending a few days with the OnePlus 7 Pro, you wouldn't want to go back to 60Hz. So what's the big deal with these high refresh rates? To cut a long story short, it's more pleasurable to the eye to scroll through content and launch apps on a significantly smoother display. You just get used to the good things quickly. 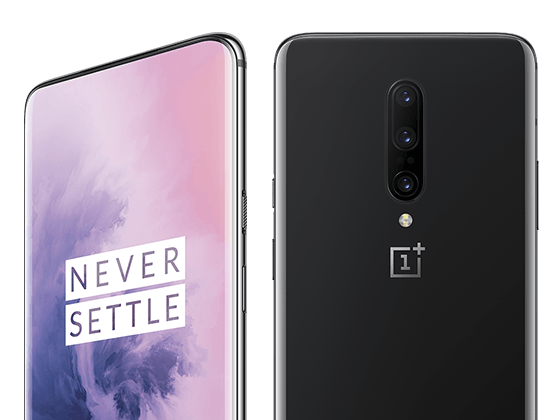 Samsung has been left to play catch up with OnePlus and the iPhones in pushing fast refresh rates and missed out when the Note 10 series was already in production. Apple quietly missed out as well with the iPhone 11 line-up, so 2020 will be a big year for displays. Rumour has it that Samsung's new Galaxy S flagships will offer a 120Hz display, and we should see more manufacturers moving away from 60Hz.

In pursuit of achieving all-screen devices, we've seen all kinds of notch variations over the past few years. In 2019, many manufacturers introduced selfie camera cutouts Let's be honest, not everyone likes them, although in-display front cameras are much more aesthetically pleasing than notches. This year, selfie cameras are expected to undergo another design change and go completely under the screen.

According to Ice Universe on Twitter, the hole-punch will be replaced by something that he refers to as a "mosaic" design, which will help manufacturers to wave goodbye to notches and camera cutouts and pave the way for truly bezel-less phones. In the image below that Ice Universe shared in one of his tweets, we can see a prototype device from an unknown manufacturer which features a "mosaic" of pixel-sized image sensors. We have no details about the quality of such a camera and how it looks in reality, but it's not a bad step forward. 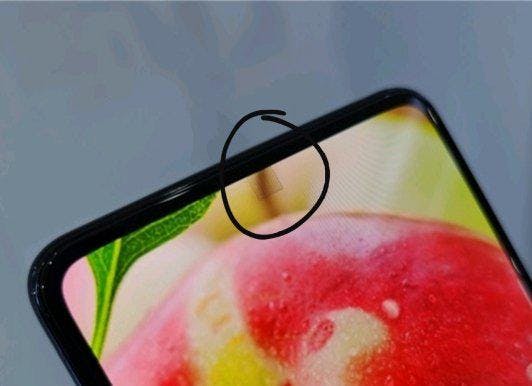 Rear camera sensors have improved over the years, adding wide-angle and telephoto lenses and Samsung even unveiled the first 108MP image sensor in 2019, so it is very likely more phones with 48MP and higher main cameras will start appearing. But you know what would be even better? Bigger image sensors. The quality of an image depends not only on megapixels but on the size of the sensor itself, so hopefully we'll see some improvement on this front, because noisy images aren't something that should exist in 2020.

The battery life debate will probably be ongoing for years as we see more powerful phones coming to the market and requiring gigantic battery cells that they never get. Luckily, Apple has boosted their iPhone 11 line-up batteries, and leaks suggest that Galaxy S11 batteries will be over 4,000 mAh. However, there is still an enormous amount of mid-range and entry-level phones that have their batteries dying by the end of the day. Would you prefer an ever so slightly thicker phone with a bigger battery or a thin body with a battery that can't survive a day on a single charge? Hopefully, more manufacturers will think differently and adopt bigger batteries with better and faster charging speeds.

Last year brought us the first 5G smartphone models. Manufacturers were releasing regular product line-ups and limited models had a 5G modem built in. Some might think this extra piece of hardware was unnecessary in an environment where you can't use 5G to its full extent yet, and was most likely a reason to hike smartphone prices up. But as we go deeper into the transition from 4G and 5G becomes more mainstream, smartphones will have 5G capabilities by default and we might see Samsung release a Galaxy S11 with 5G capabilities instead of a Galaxy S11 and a separate Galaxy S11 5G. 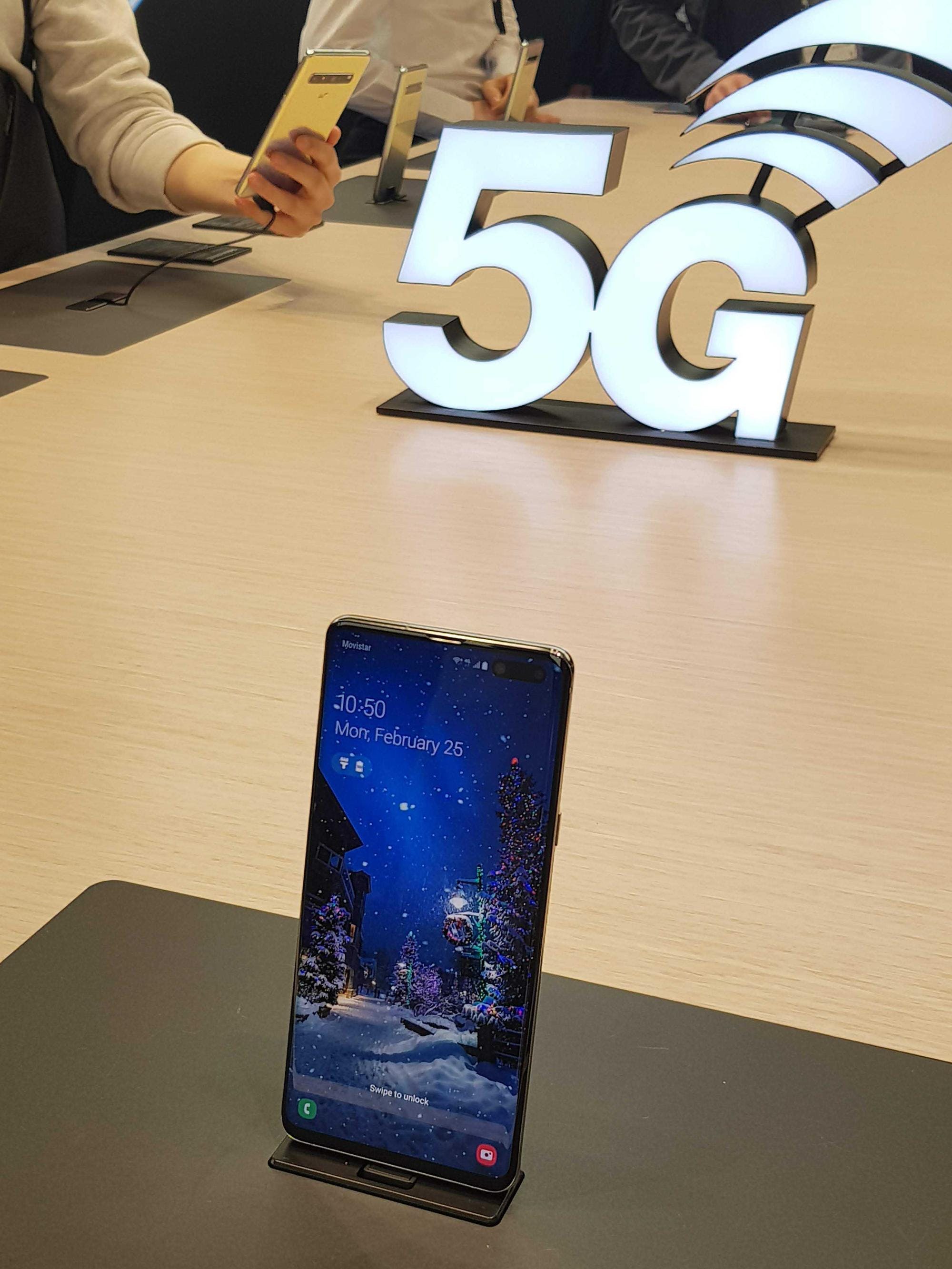 Although Samsung claim that they sold almost half a million Galaxy Fold devices, we can't say that 2019 was a successful year for foldable phones. You tried, you failed, you try again, right? That's what Samsung is doing as they gear up to launch the Galaxy Fold 2 in a clamshell design. Motorola learned from the mistakes of others and revived their iconic Razr phone, fitting a foldable display in. We're excited to see more alternative designs from other manufacturers for the foldable screen factor this year. 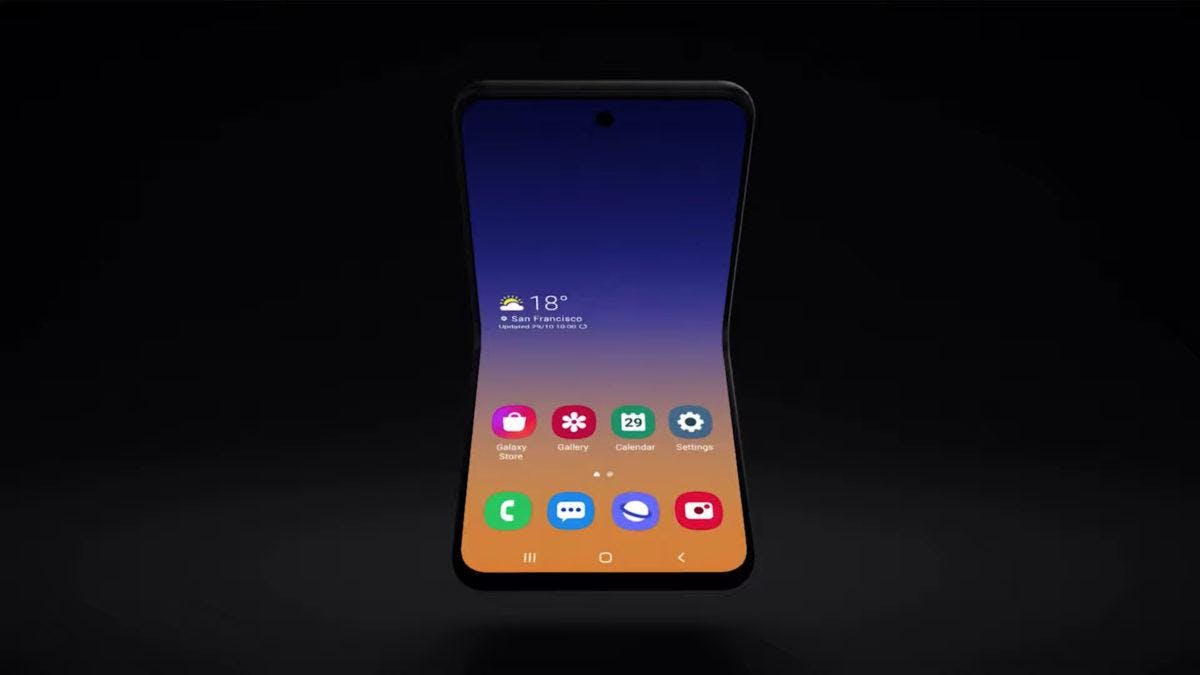 CES 2020 in Las Vegas kicked off this week and various technological innovations were showcased from companies around the world. They showed us how the future of AI, electric vehicles and smartphones will look. Among smarter fridges, personal AI assistant applications and Sony launching their first electric car, OnePlus displayed a Concept One phone which got some of us tech enthusiasts excited and hoping that they will reach the shelves at some point later this year. What's so special about the OnePlus Concept One? In reality it's a OnePlus 7T Pro with one major design change. OnePlus applied electrochromic glass on the back of the phone which allows the rear cameras to 'fade away', just with a single touch of a button.

Although electrochromic glass is used in luxury car sunroofs and aeroplane windows, it has never been applied on a smartphone before, until OnePlus managed to make it thin enough to use in smartphones. The way it works is that several layers of chemical substances are applied to the glass that have an electrical current moving between them, making it possible to turn camera lenses opaque when not in use. When a camera app is launched, the glass goes transparent and cameras appear, ready to take a photo. OnePlus says that Concept One phone won't be for sale, but judging by the success of this prototype and hype around it after tech journalists spent some time with the device, OnePlus may launch their next phone with electrochromic glass. Perhaps even a OnePlus 8 Pro, who knows?

In 2020, we might also see an increasing number of smartphones getting rid of physical buttons on the side. In October, Huawei released their Mate 30 series with a 'waterfall' display, meaning that the edges of the display are curving so far back that they spill over on to the side of the phone. The Mate 30 Pro only has one button on the side: the power button. By tapping on the side of the phone, you can launch digital volume buttons and control them simply by sliding up and down the edge. We dread to think about how repairable it will be, but it's a cool function nonetheless. 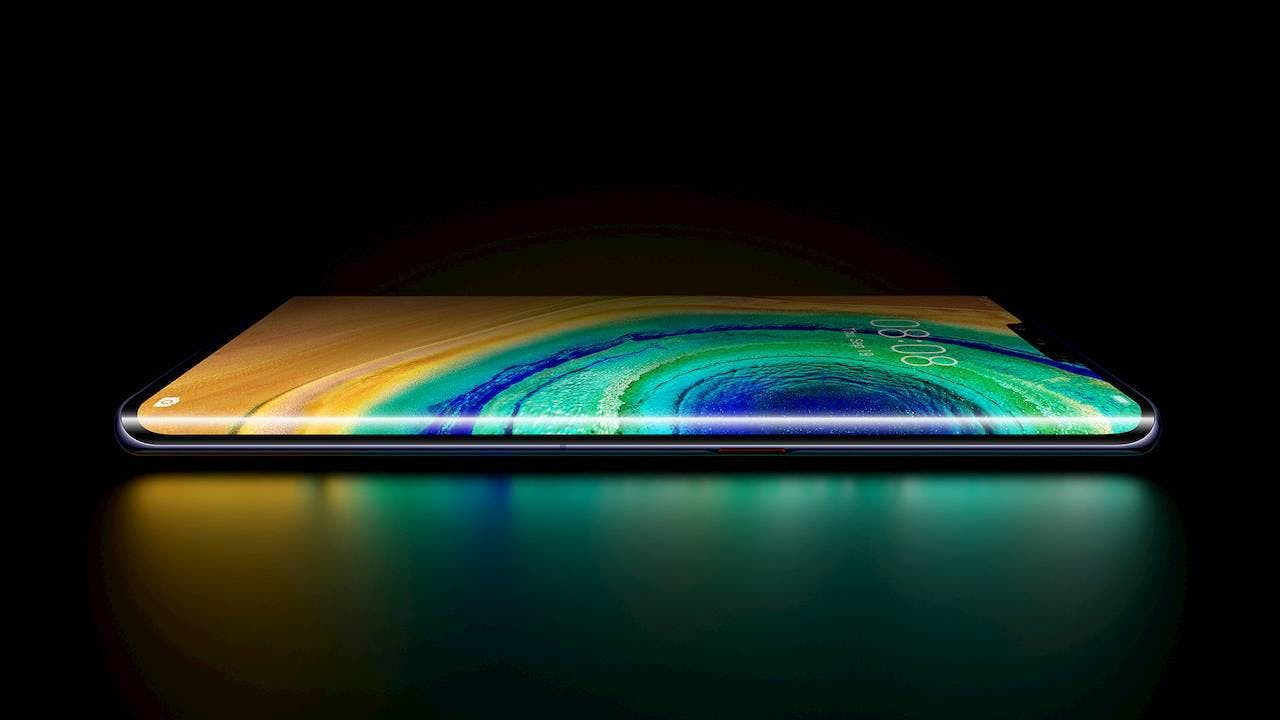 We know that not many people like curved displays due to accidental touches and difficulties applying screen protectors, and non-physical buttons come with a few disadvantages. For instance, they rely on software to work, and operating systems fail sometimes. When you need to hard-reset your phone, that button might simply not be functional. However, phones with clean designs look gorgeous, so let's hope that this tech improves and button-less phones will become mainstream like touch-screen phones did before.