What's Inside My Phone? 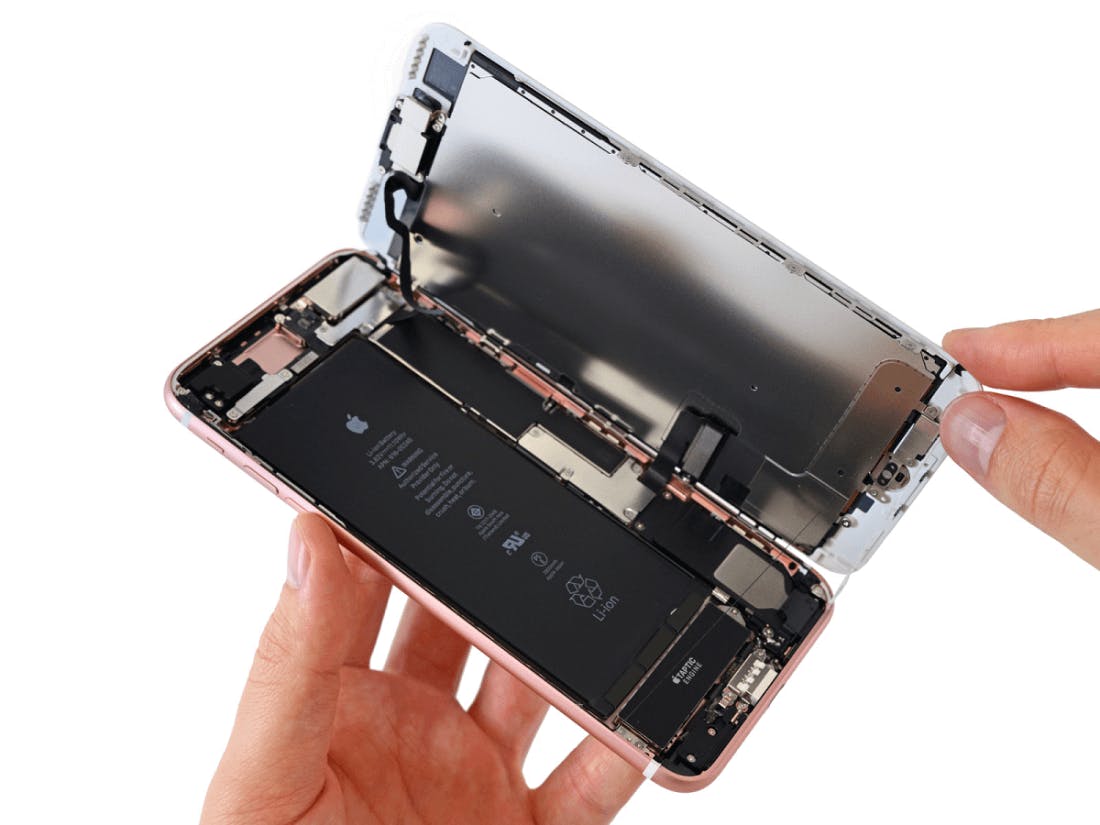 Our phones are construction marvels. Complicated, smart and harmful to our environment if disposed of irresponsibly.

On average we check our phones every 12 minutes and we're online for 24 hours a week, according to Ofcom. We're dependant on our phones. But we take them for granted and we hardly know what our phones are made of. What materials are used to make this digital device so smart and capable of doing things we couldn't even imagine being possible 10 years ago?

Manufacturers don't tell us in the ads what raw materials were required to produce the latest and greatest device. Ads communicate the benefits of upgrading and why the new phone is X times better than the one you have now. If we knew the truth about what our phones are packing inside, maybe we'd be more careful while using them?

It takes a lot of different materials to make those little 120g in weight pocket-sized computers work. 62 metals to be exact and all of them are irreplaceable, researchers from the Yale School of Forestry & Environmental Studies found out. 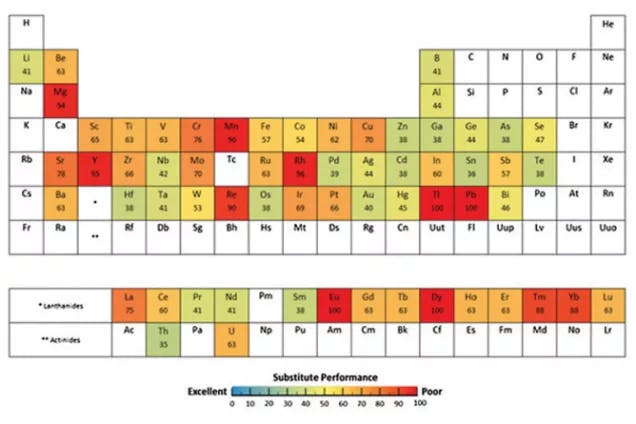 Rare ingredients our phones pack inside

Smartphones come with touchscreens that are so convenient and easy to use allowing more room for screen to watch videos and deliver bezel-less designs. High conductivity of Indian Tin Oxide is what makes it perfect for touch screen application. The ITO substance is made into a film screen that conducts electricity while being completely see-through making our screens so responsive to our finger taps and gestures and allowing us to see content on the screen without interruptions. 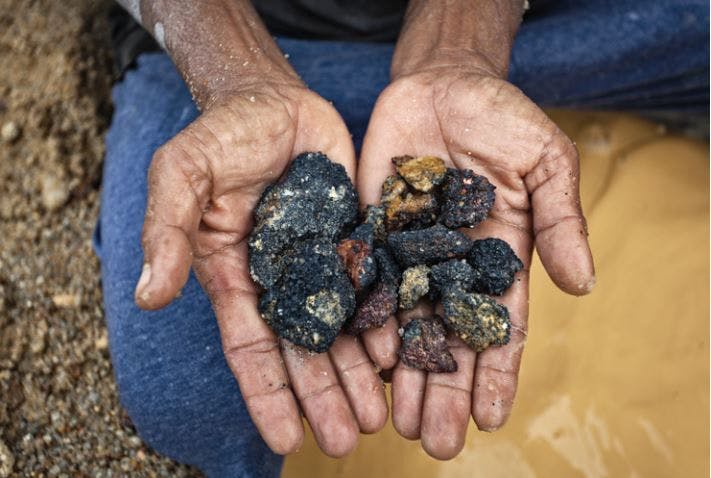 The value of this rare raw material is approximately £700 per kilogram. The mining process of indium is very harmful to eco-systems, to people involved and cause health issues such as Indium lung disease. What's more alarming is that we're running out of Indium and without any substitutes available to date stocks of Indium are going to be exhausted by 2020.

Long run-time of this component makes it crucial for smartphone batteries and gives our devices the juice to operate. Layered with cobalt, lithium-ion batteries can be recharged and deliver high energy density.

With smartphones packing even bigger batteries exceeding 3,000 mAh, the demand for lithium is rising. The mining process endangers access and supply of  water to local communities, causes pollution and releases toxic elements resulting in social and environmental consequences.

This element is included in our phone screens and is very important to make silicon chips that power our 6-inch devices. Silicon has super powers and it acts like semiconductor. It has ability to conduct electricity under certain conditions and can function as an insulator under others.

Without silicon mining, most of the digital devices we use everyday wouldn’t be possible. But on the other hand, over long-term exposure to silica dust workers who mine for crystalline silica are at risk of developing lung diseases such as silicosis, lung cancer and chronic bronchitis. Silicon mines cause crystalline silica emissions into the air and are harmful to animals and natural habitat. 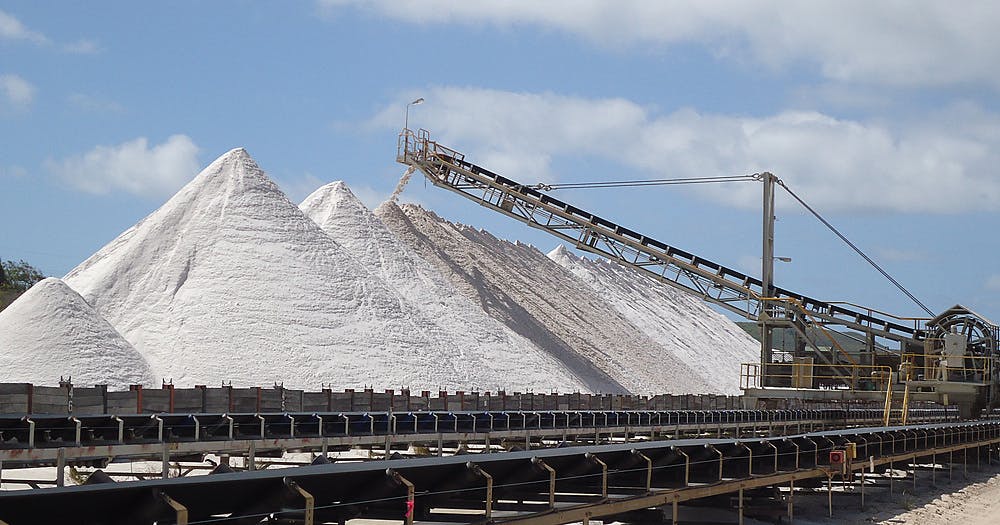 These elements are primary used in wiring and compose micro-electrical components. Together with other minerals such as palladium and platinum these minerals are used in the electrical circuits of phones.

Experts believe that Earth's entire copper reserves will be mined by 2025. If this is the case, than the new iPhone you get next year you will have to use much longer than you think. Estimated numbers of these metals in an iPhone are around 0.034g of gold, 0.34g of silver, 0.015g of palladium and 25g of aluminium and around 15g of copper. The environmental risk of copper, gold and silver mining can't be neglected. 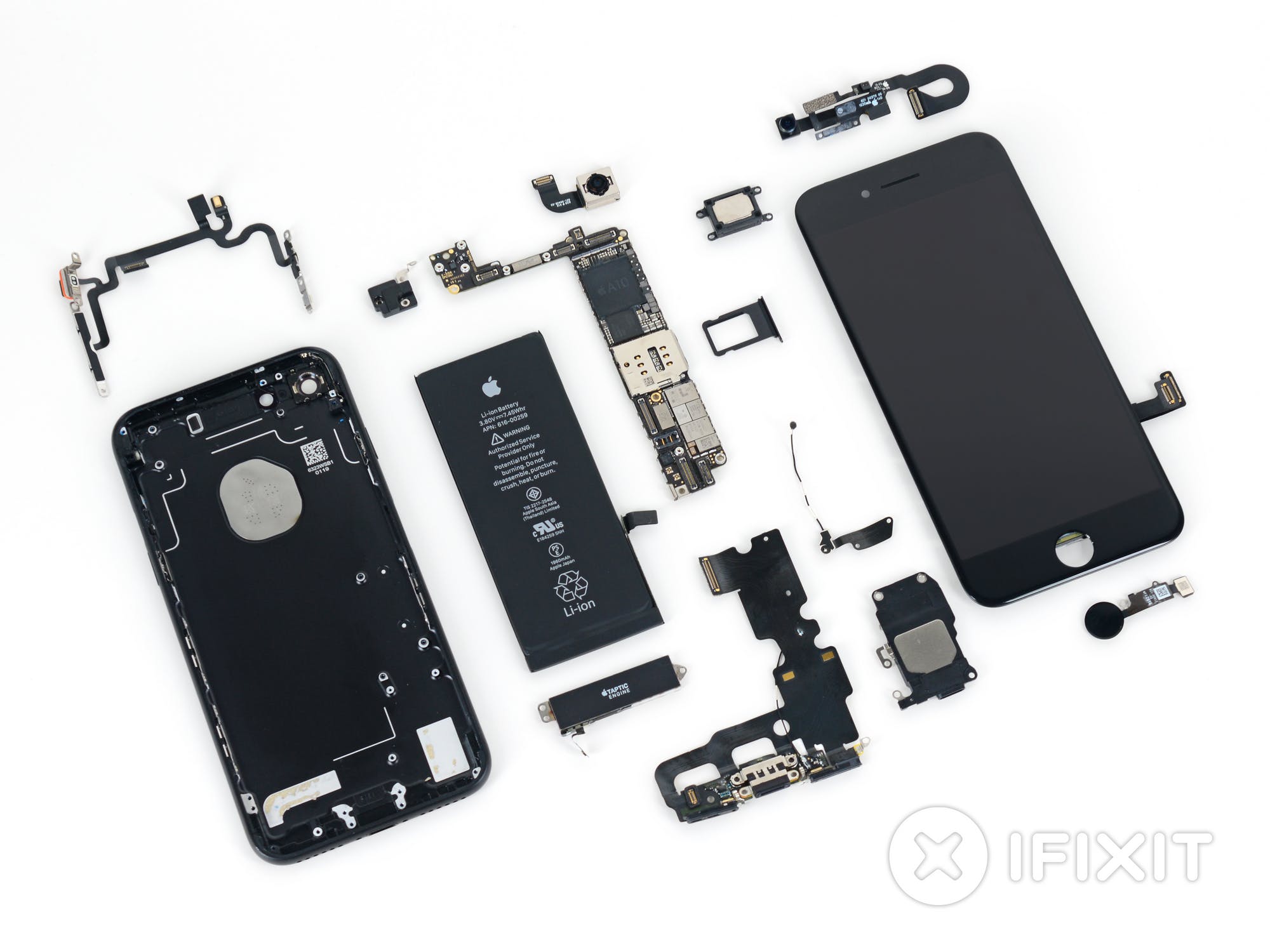 Without nickel and without coatings, there would be no phone possible. This metal is essential for lead-free solder and it prevents corrosion. Without it, our phones would quickly become a useless piece of electronic junk.

Due to mines, power plants and trash incinerators, nickel is released into the air and it will than settle onto the ground or fall down after interaction with raindrops. High concentration of nickel in soils harms plants and if it turns out to be in water it reduces the growth rate of algae.

Unfortunately, the supply of these raw materials isn't never-ending. While our phones pack critically rare elements combined with less valuable ones like copper, we are running out of both these categories of metals faster than we thought. We're seeing evidence that there isn't enough copper discovered to keep up with the demand on the market and it becomes even more difficult to discover new sites to mine. Hence £1000 priced phones?! No one can give us a definite answer when is the deadline, but it's approaching and fast.

We need to do something

Somebody in a lab somewhere will figure out the solution, soon enough hopefully. Do you wonder why Somebody doesn't do something about that? Because we need to realise that we're Somebody. If we do not take action now, then there's a very real possibility we'll run out of all the key raw materials in a couple of years needed for gadget production with touchscreens, batteries and chips.

What are we going to do then? Go back to writing letters by hand and use pigeon delivery?

We need to stop single-use and re-think the way we treat appliances crucial to our living. Just small steps such as recycling old tech, reaching out to recycling companies to pick up your old fridge, look out for free tech take back programs, and of course trading in your unwanted phones.

Most importantly we need to prioritise our home we live in and recycle responsibly every day. Don't forget Green Tuesday is falling on 27th of November this year, great opportunity to make a change and get your family and friends involved. 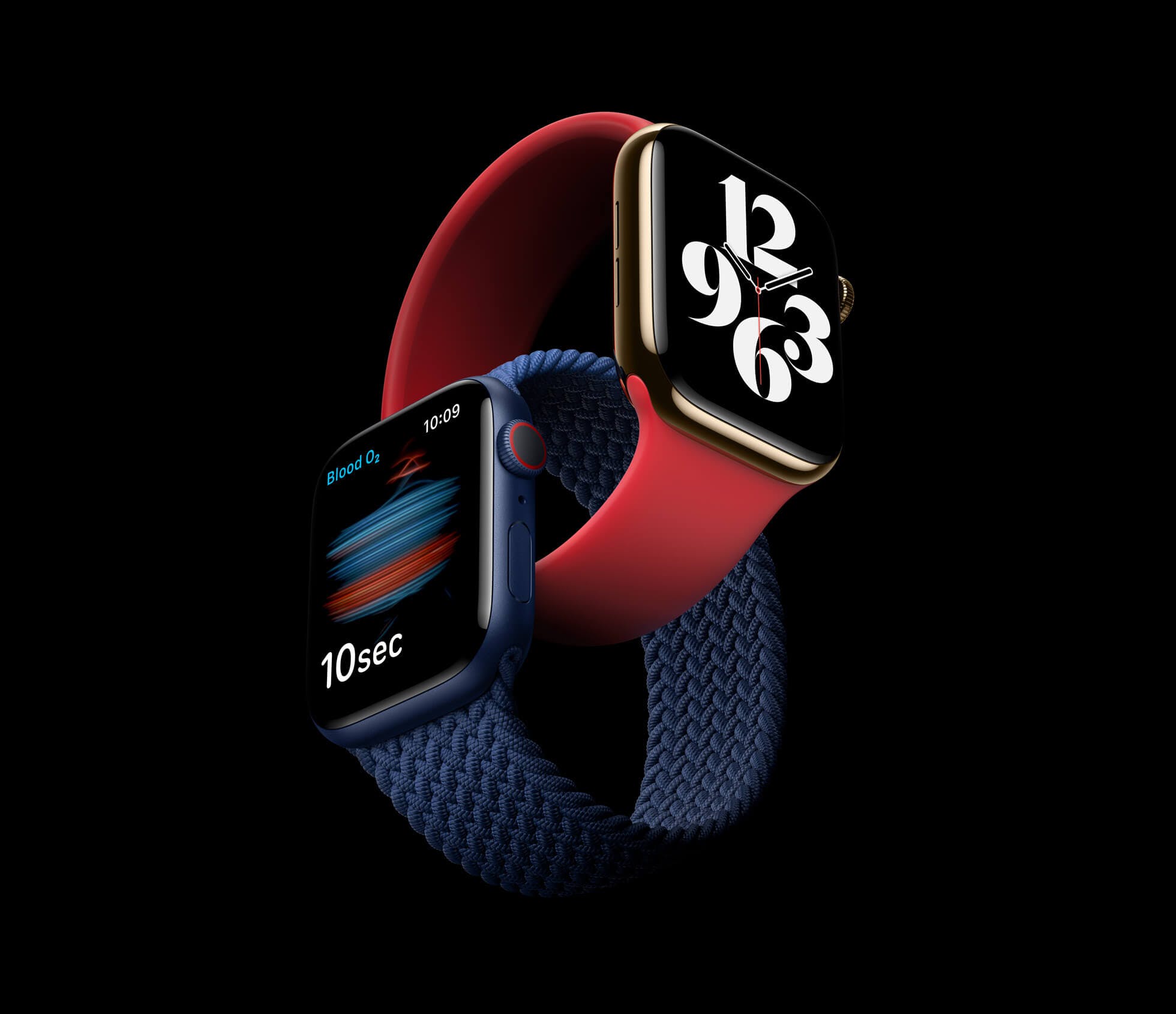 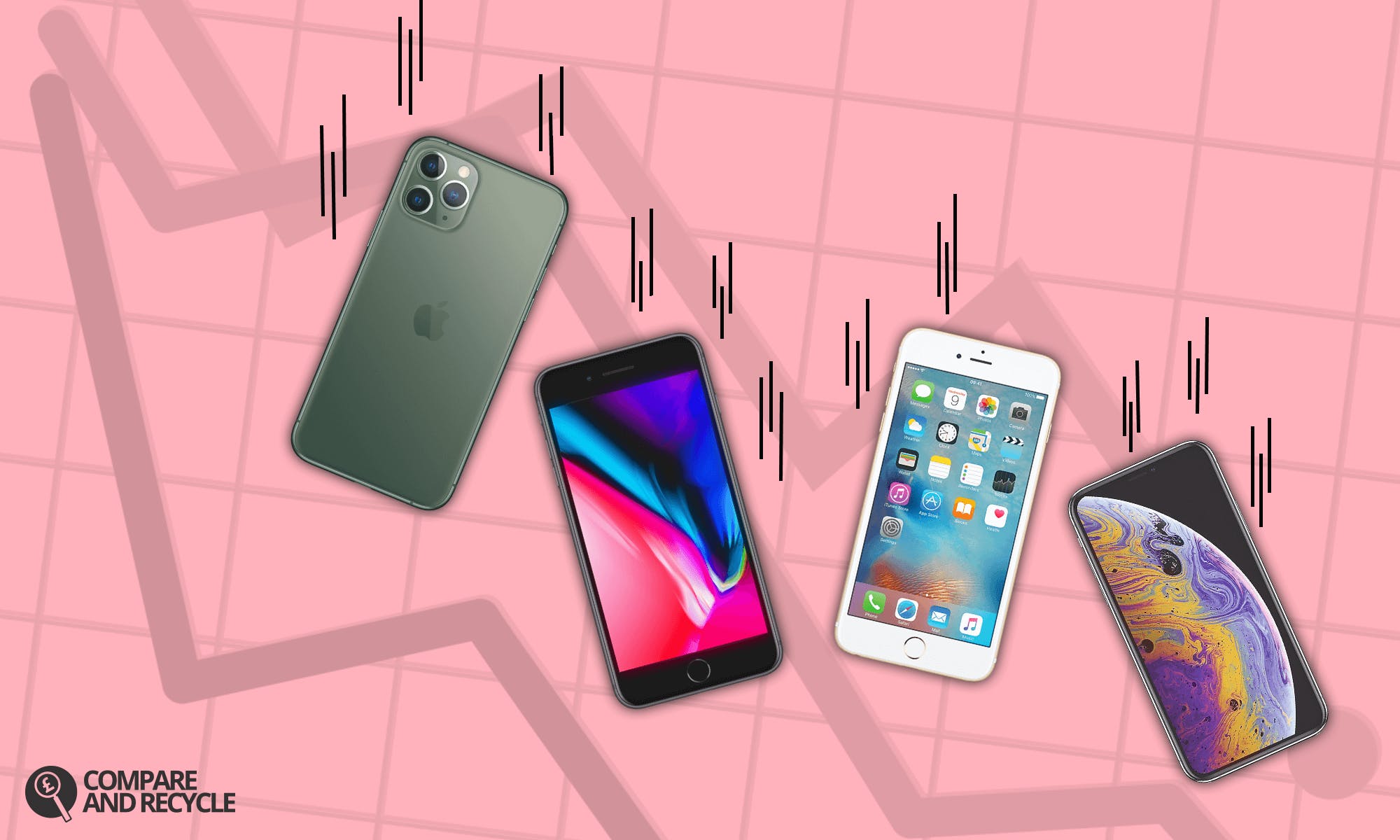