There's One Issue With 5G We Can't Ignore 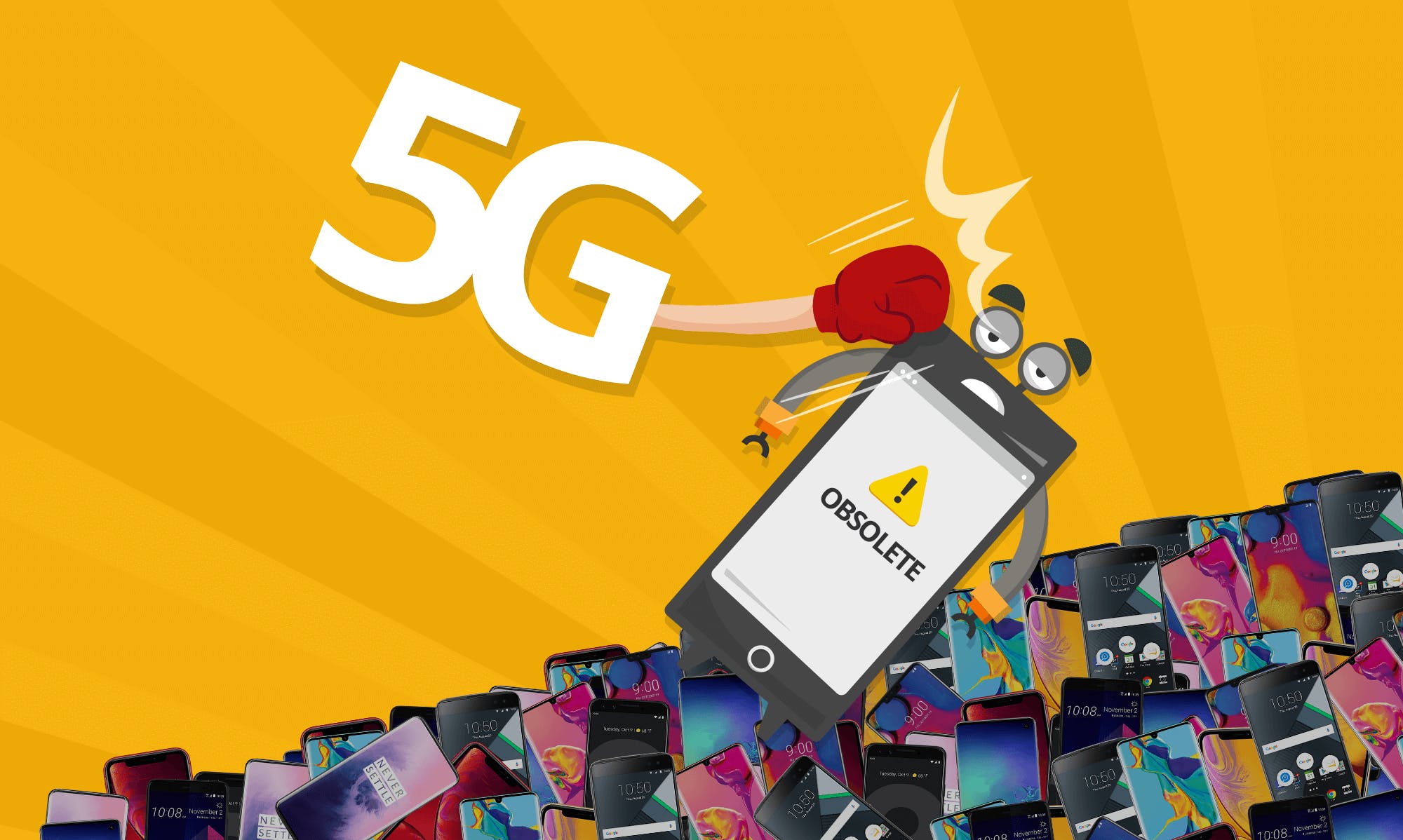 Blazing. Superfast. Turbocharged. 5G hype is everywhere. Emails from broadband providers about the game-changing benefits that 5G will bring, billboards with ads from phone makers screaming at you about how their latest 5G-compatible smartphones will transform your mobile experiences and network providers racing to take "the best 5G coverage" throne. Despite all of this, 5G isn't just going to have a colossal impact on mobile connectivity speed and wireless networks, it will also dramatically boost the rates of mobile phone waste if smartphone owners continue to be apathetic about smartphones' collective impact on the environment.

As we are now at the beginning of the 5G era, current extended upgrade cycles of 27.7 months are expected to shorten once again, and we should expect a boost in upgrades in 2020. According to Ofcomm, Britain's desire to be constantly connected at higher speeds will accelerate the adoption rates of 5G technology, which in turn will lead to 4G phones becoming obsolete in a matter of few years. The only change that is going to make phones 5G compatible is a 5G modem integrated into the processor. Such a tiny piece of the internal hardware is set to cause millions of smartphones to get wasted away.

The Potential Scale of the Problem 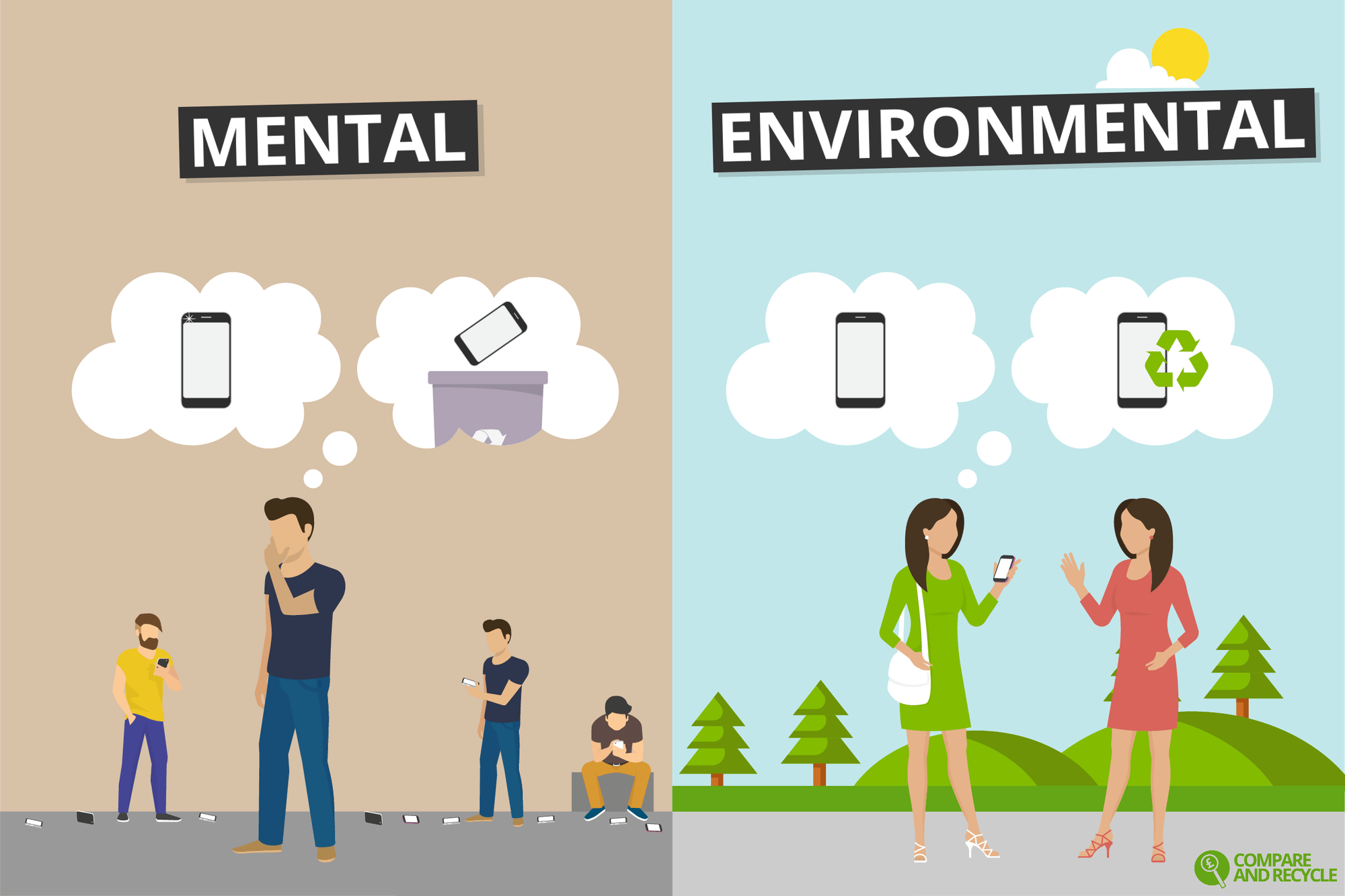 Figures from 2018 show that 95% of UK households have mobile phones. In fact, roughly 86% of people aged between 12 and 18 regularly use a mobile phone. There has also been an increase of 86% recorded since 2005 in smartphone ownership among adults. As of 2018, the total number of mobile subscription accounts in the UK is 80.7 million. Dozens of phones are released every year, and 55 new models were released in 2018 alone. This adds up to 1.4 billion devices that are manufactured every year, and UK consumers purchase around 22.5 million of these phones annually. Of course, shifting to 5G and a mass smartphone upgrade isn't going to happen overnight. The development of 5G networks will take a few more years with the first next-gen smartphones currently getting improved and refined, however, we're looking at a significant contribution to e-waste piles if the importance of mobile phone recycling is ignored.

The high cost of new devices and lack of innovation from smartphone manufacturers has slowed down user intent to buy a new mobile phone, however, we’re seeing an ever-increasing mid-range lineup from manufacturers to grab consumers’ attention and convince them to purchase a new phone at a lower cost. Despite the new smartphone market slowing down, we are still running out of resources to mine. Manufacturers need 200 times more components than those which end up in the final product. One 226g phone needs 74kg of raw materials, and the production of one microchip requires 36 litres of water.

The different parts of a mobile phone are made using different materials. There are 70 or so different elements used to make a smartphone, including rare earth elements and precious metals. The highest concentration of metals is located on the printed circuit boards (PCB) and can contain more than 40 elements. These include the base metals: iron, aluminium, copper, bismuth and tin; precious metals such as gold, silver, platinum and palladium; strategic metals tantalum, neodymium, praseodymium, yttrium and hazardous elements like arsenic, lead, bromine, and chromium.

Many of these elements are only found in low concentrations around the world, and can only be mined using open pit mining. The extraction of these is associated with habitat destruction and pollution. Researchers at Plymouth University found that to make one phone, 10-15 kg of ore needs to be mined, including 7kg of high-grade gold ore, 1kg of typical copper ore, 750g of typical tungsten ore and 200g of typical nickel ore, and this is on the rise. However, there are other options available to reduce our reliance on mining. The urban mine has been explored and it will get more cost-effective to extract the materials compared to virgin mining (one notable example of this is CRT monitors).

Over the years, the high demand for materials to meet production requirements has led the quality of ores to decrease, which has resulted in mines getting made to be deeper and wider. Experts believe that Earth's entire copper (used in the electrical circuits of phones) reserves will be completely mined by 2025. Our discarded smartphones are more rich in metals than natural ores, and some academics from China have discovered that mining from ores is 13 times more expensive than extracting valuable materials from e-waste. 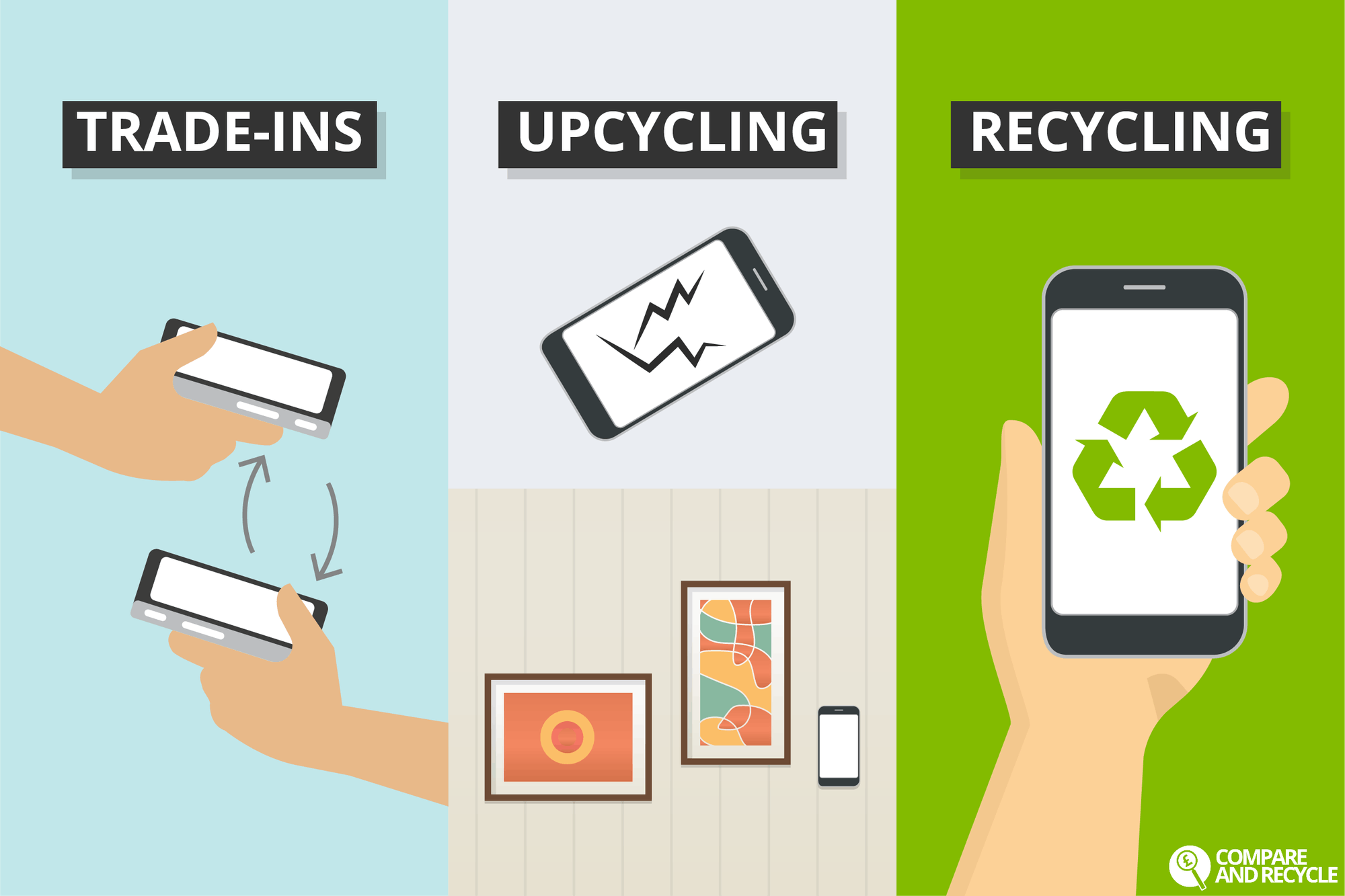 Don't Rush to the Internet of Things

Currently, there's no real effort put into tackling this e-waste issue, and there is likely to never be enough post-consumer effort to offset the waste generated before phones end up in the hands of a consumer. Ultimately, consumers are demand drivers, and we can influence tech companies to be more carbon neutral with their operations and device designs. We can also influence waste management authorities to deliver on their targets. The UK consumers' lack of awareness about environmental and financial benefits of recycling handsets leads to 1 million tonnes of e-waste contributing to the world’s e-waste pile. With the shift to 5G, a colossal amount of discarded phones will be left behind. Now is the time to encourage even more take-back schemes and trade in replaced devices, otherwise we will be continuing to waste the smartphones that currently in use in the UK. This will have devastating consequences on the environment, and within a few years it will be even harder and more expensive to tackle this climate-damaging problem.