The Evolution of SIM Cards: What Is an eSIM, Is It Available in the UK and More 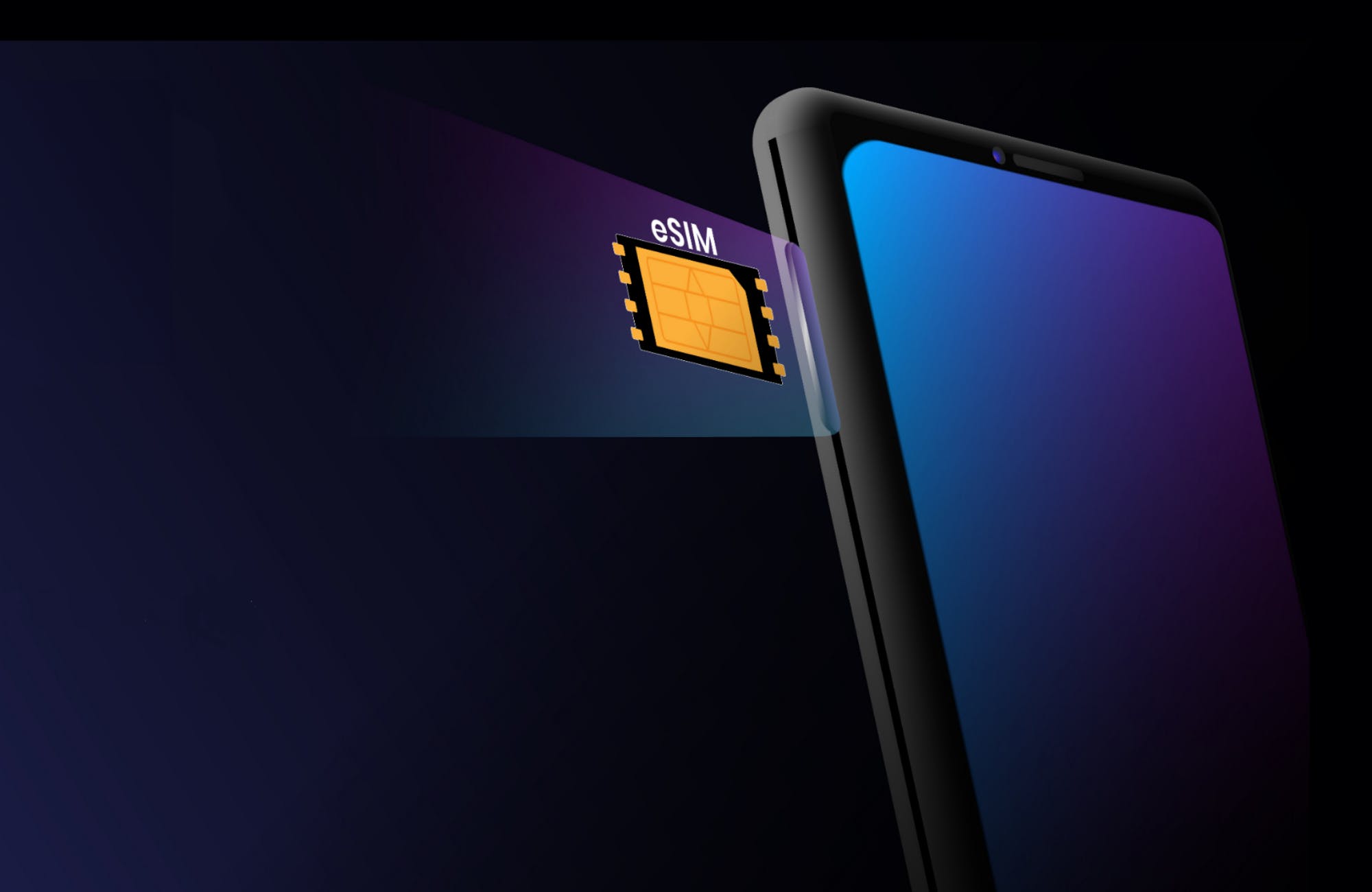 The smartphone industry is constantly changing, and manufacturers are looking at ways to free up space under the hood of their devices by removing headphone jacks, moving towards gesture-based interactions and making SIM cards smaller. Since the first SIM (Subscriber Identity Module) card has been created almost 30 years ago, they have shrunk a lot, from credit card to fingernail size, and we are entering the era of embedded SIM cards. Let’s dive into more details and find out about the new breed of SIM cards. Is this the future or a step back?

What is an eSIM?

How Does an eSIM Work and What is the Setup Process?

Traditional SIM cards versus eSIM: Benefits and Why to Use eSIM

What Is an eSIM?

Let’s get this out of the way first. eSIM stands for an Embedded Subscriber Identity Module card (or eUICC Embedded Universal Integrated Circuit Card) and will eventually replace physical SIM cards that we currently use. Don’t worry, network providers are not going to inject these into our bodies like those sci-fi films suggest! Embedded SIM comes with a Machine to Machine installation which simply means that it is built into the circuits of your smartphone (tablet, smartwatch, fitness band etc.) and will provide Remote Provisioning capabilities, meaning that it will be activated and managed remotely. 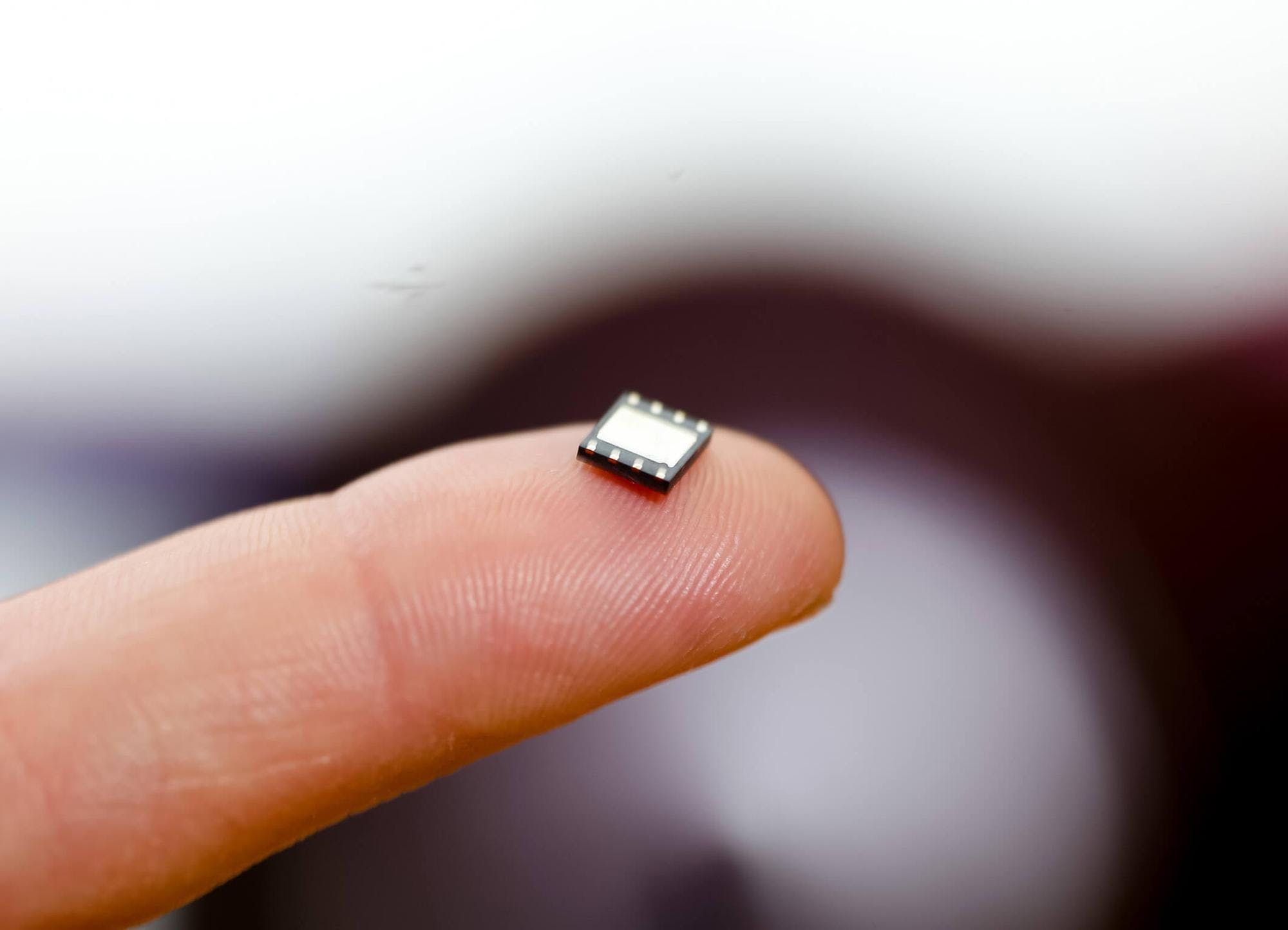 Losing a SIM card has happened to many of us at least once. The basic solution would be to go to your network provider’s local store and request a new SIM which will take a few minutes to get activated. The only thing that happens during this activation period is the network provider connecting the SIM card to your account. Imagine though that instead of EE or O2 supplying you with a physical card, you would already have one integrated into your phone. This is where an eSIM comes into play.

How Does an eSIM Work and What Is the Setup Process?

What a SIM card actually does is allow your mobile network to identify your device and grant access to the network. Without a SIM card you can't be connected, so the core functionality of an eSIM will remain identical to the traditional SIM cards. It will receive a signal from your network provider which will allow you to make calls and send messages using your unique identifying number, browse the internet, and receive emails.

From a technical perspective, the GSMA standards require a carrier to have two servers within their network to enable eSIM subscriptions. These two servers work side by side and to simplify it, one of them works as a database where all network subscriptions (including authentication keys, the unique identification number and subscription data) are stored and can be downloaded from. The other server ensures a secure transfer of information between the database and the eSIM, the tiny chip soldered into your phone's motherboard. The combination of both servers makes the magic of an eSIM happen, allowing the user to securely download and manage subscriptions 'over-the-air'.

Since an eSIM is integrated into the phone during the manufacturing process, a physical SIM card can not be converted into an eSIM, however you can request SIM to eSIM swap with your existing carrier (if your carrier and phone support eSIMs) and keep your phone number and plan.

In order to set everything up, you need an eSIM-compatible phone. If you had an eSIM pack sent to you or you picked it up from a local store, activation can be done through your phone's settings by scanning a QR code followed by an activation code. After the activation process, you can buy eSIM plans from your carrier's app and add them to your phone's settings. If your phone is unlocked, you can combine eSIM plans from different eSIM supporting networks. Although, each eSIM-compatible phone is equipped with one chip that enables eSIM capabilities, multiple eSIM plans are supported and you can switch between them, however only one plan can act as the 'main' one at a time, meaning you will need to manually switch between your plans to use them.

Traditional SIM Cards Versus eSIM and Why to Use eSIM

Although nano SIM cards we are all familiar with are approximately 15% smaller than their predecessors, they still take up space and require a SIM tray, assembly and an ejector spring to facilitate the insertion. Moreover, a physical SIM tray allows for the penetration of water, so additional water resistance measures are a must, and everything comes at a cost. With an eSIM none of this will be required as it can be soldered directly on to the circuit board during manufacturing. 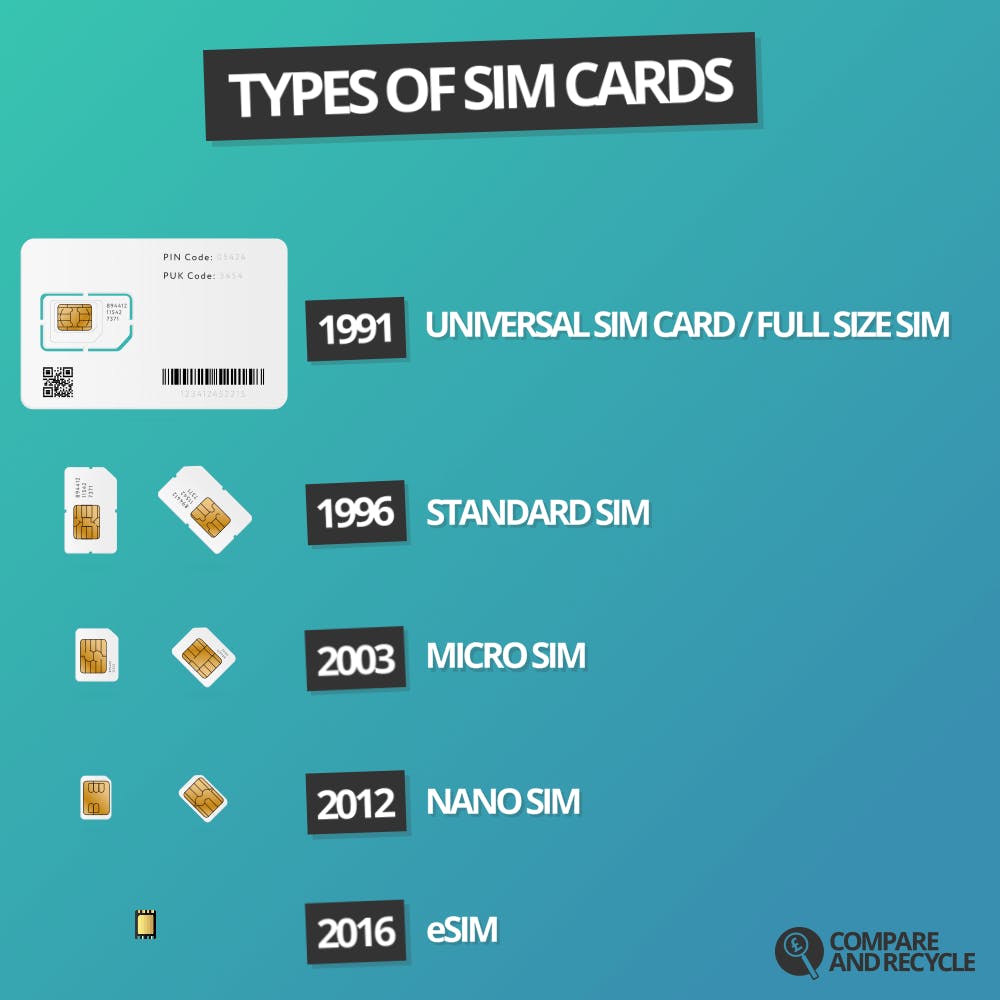 This tiny chip integrated into the device's motherboard is designed to make our lives a bit easier. Besides enabling more connected devices in the long-term, firstly, an eSIM can't be removed from a device as it is permanently embedded inside which will allow to save up more space inside the device, for bigger batteries for example. Secondly, you won't need to speak to a network representative and discuss the best SIM deals- with an eSIM everything can be done remotely. Thirdly, it will be more convenient and secure as the risk of theft will be minimised and losing an eSIM won't be possible. Last but not least, eSIMs will offer greater flexibility. For instance, frequent travellers will be able to add short-term plans to their eSIMs and keep access to their main number. If your handset is unlocked, you will also be able to switch your network providers at home in a few taps should you spot a good deal. Moreover, we will be able to store multiple eSIMs on our phones, so the days of having dual SIM cards are numbered.

Although an eSIM sounds great on paper, there are still a few disadvantages. Similar to some phones arriving with certain apps pre-installed, network-exclusive devices might go the same route and have eSIMs pre-connected to a particular network. Embedded SIM cards will involve a change of mindset since we've got used to physically swapping SIM cards when we get a new phone. Some of us might be still storing contacts on a SIM card, so we will need to embrace cloud backups.

There are a few premium handsets that come with an eSIM inside including the latest Apple and Google devices. Before the full transition to eSIMs happens, handsets will offer dual SIM support, which means that they will have both an eSIM and a space for a traditional SIM card, meaning that you can enjoy the perks of an eSIM while still using the plastic SIM as a second number for work or any other needs you may have. 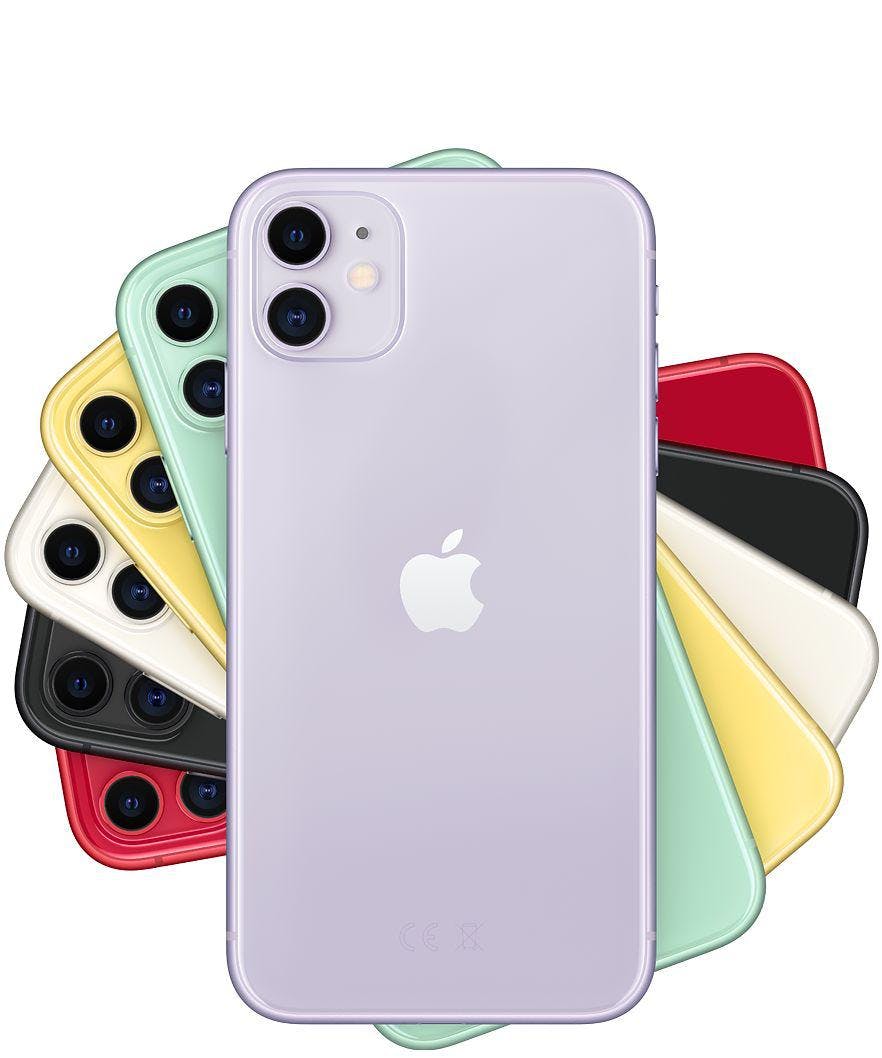 Here's a list of dual SIM smartphones that have eSIM support in the UK:

Smartphones with dual SIM support allow you to switch easily between the two and have different uses assigned to each. For example, you can choose eSIM to be your primary SIM and use it for calls and messages, while the secondary standard SIM can be used for data if you have it on a different network where the coverage is better. Dual SIM iPhones can have calls assigned to the traditional SIM, and services like iMessage or FaceTime on eSIM for instance.

The new Motorola Razr foldable phone that is currently available for pre-orders and is exclusive to EE in the UK is the first smartphone to support eSIM only. The next generation of Samsung's Galaxy S20 devices is likely to be equipped with eSIM technology, but we can't tell for sure until Samsung takes the stage in San Francisco on February the 11th. Apple and Google are doing it already and it is only a matter of time until every manufacturer switches to eSIM support. Most likely, the upcoming iPhone 12 line-up will get rid of the nano SIM cards and go all in on eSIM.

As we mentioned earlier, to be able to offer eSIM services to their customers, network providers need to be compliant with certain standards and have the technology ready.

Currently, eSIM is supported by the following selected carriers in the UK:

While Vodafone only provides eSIM support for cellular models of Apple (Series 3, 4 and 5) and Samsung smartwatches, EE, O2, Truphone and Ubigi have launched the service for compatible iOS and Android smartphones.

If you are looking to become an early adopter of this technology, you already know what smartphones use eSIMs. We will be discussing the eSIM setup process for compatible Android and iOS devices in more detail in a separate article, so stay tuned to find out more.