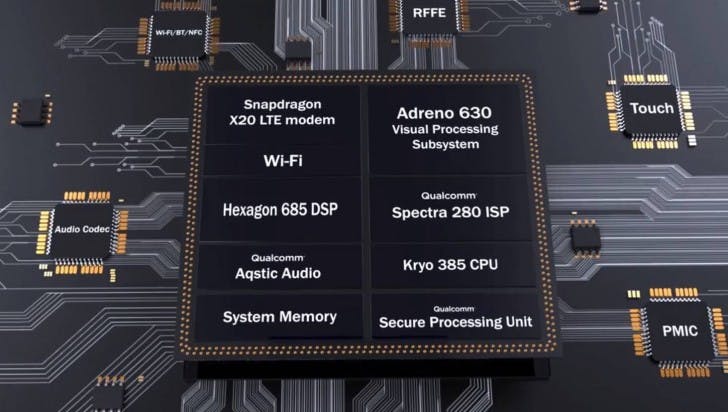 Aloha! Qualcomm’s Snapdragon Technology Summit kick-started this Monday in Hawaii and the wraps were taken off the new mobile platform Snapdragon 845.

The 845 processor is Qualcomm’s answer to Apple’s All Bionic A11 and Huawei’s Kirin 970. Will Snapdragon 845 beat the likes of intelligent chips released earlier this year? Let’s break key specs down and you can decide what they mean for next year’s devices. By the way, our first impressions are great!

A quad-core processor made with a Samsung’s 2nd-generation 10nm process. Boom! Going deeper, it basically means that capacitors are located 10nm close to each other helping to fit more on each chip than the mind can picture. The more capacitors, the more power. Snapdragon 845 has 4 chips in one, meaning instead of one processor, we will have 4 chips doing 4 processes at once. Insane, right?

Bearing this in mind, we’re about to get 30% less power consumption on video capturing and mobile gaming. On a contrary, users will gain 25% on gaming, launch times etc. This is great news for battery life allowing devices with SD 845 to perform multi-day usage, more than 4 hours on shooting 4K videos and more than 3 hours of VR use.

The X20 gigabit modem is predicted to give speeds 20% faster than the X16 from the previous top performing Snapdragon in real-world scenarios. Streaming 2K on LTE on mobile is within the realm of possibility based on the specifications being disclosed by Qualcomm.

GPU Focus on AR and VR

The Adreno 630 GPU is even referred to by Qualcomm as the “Visual Processing Subsystem” and with out of the box ready eye tracking and Multiview rendering, this chip could be what it is for mobile augmented reality and personal virtual reality to really take hold. With limited use cases, no one has been able to really capture an audiences desire for phone led AR or VR, but it’s not going away and Qualcomm are not dismissing it any time soon. 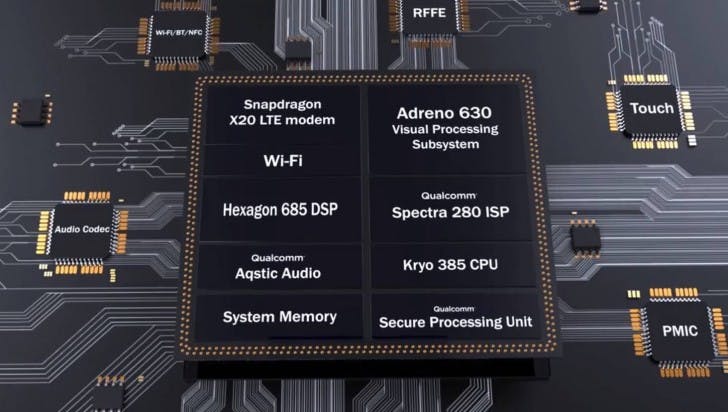 At the Summit Xiaomi confirmed the Snapdragon 845 will be used to power brand’s phones. Qualcomm’s latest chip will be shipped in next year’s Android flagship devices, most likely in Samsung’s and LG’s smartphones. The hype is real and we can’t wait to see what changes Qualcomm’s upgraded mobile platform will bring.