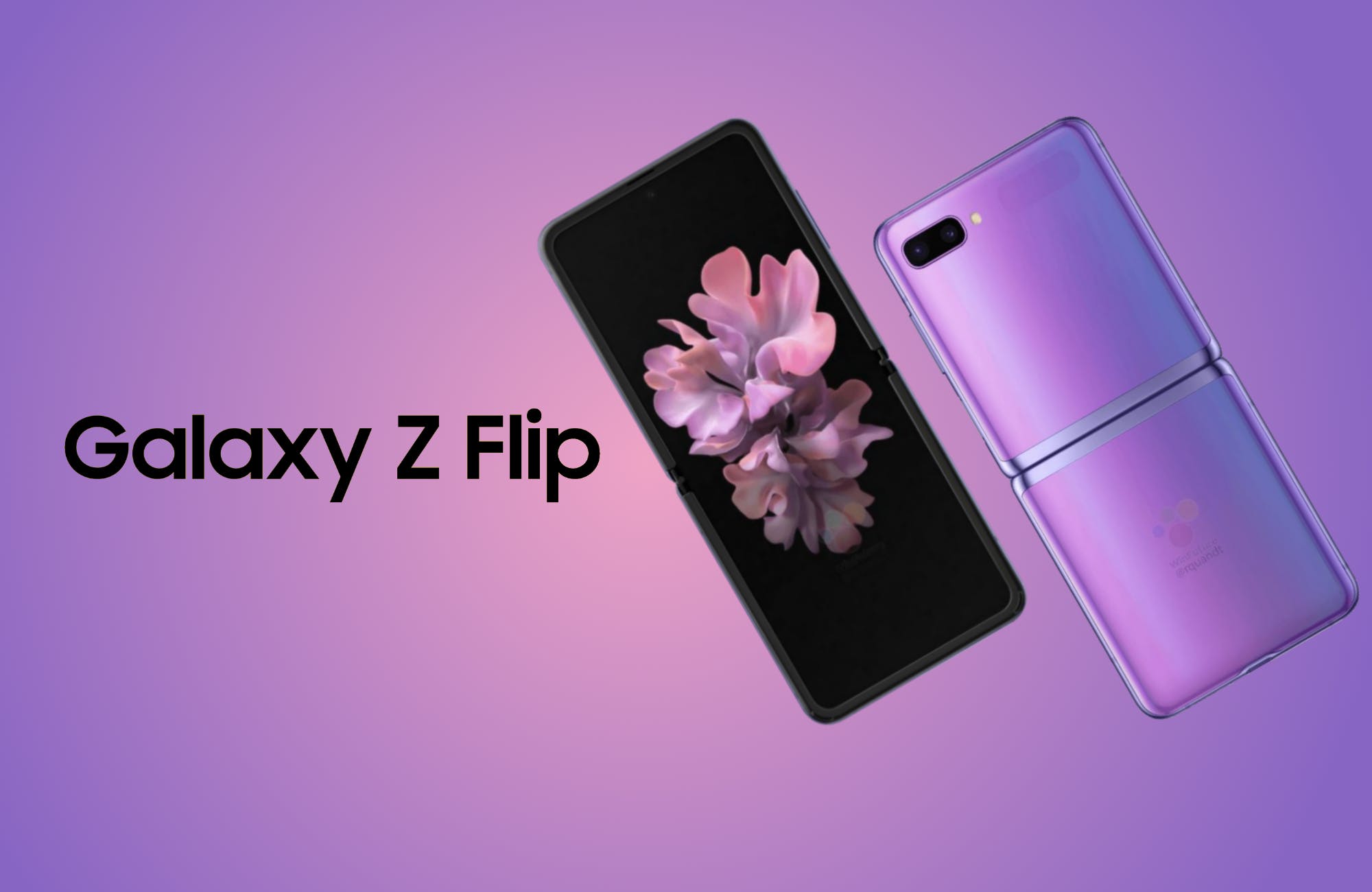 Specifications, features and even design have been revealed by winfuture.de a few weeks before the Galaxy Z Flip's official debut at the Unpacked event in San Francisco on February the 11th. But despite knowing everything there is to know about Samsung's next foldable phone, one question remains unanswered: will the Galaxy Z Flip succeed where the Galaxy Fold failed?

Samsung's teaser video announcing the event got the rumour mill turning regarding the Galaxy Z Flip making an appearance alongside the flagship Galaxy S20 series at the unveiling. Leaks suggest that it will rival the new Motorola Razr which will be available in the UK later in February. Let's break down everything we can expect from the Galaxy Z Flip.

The Galaxy Fold has a book-like fold and when opened offers a 7.3-inch display, but for the Galaxy Z Flip, Samsung chose a fold that some of us will remember from the early 2000s- a clamshell fold that unfolds vertically. Did Samsung take inspiration from Motorola? Most likely, but officially, Samsung was inspired by the French cosmetics company Lancôme, which makes its compact powder cases in a clamshell-style. Samsung opted for a purple colour finish with pink hues, and this gradient finish first made a debut on the Galaxy S10 series and is definitely eye-catching. We're yet to see if Samsung will have more colour variants at release though. 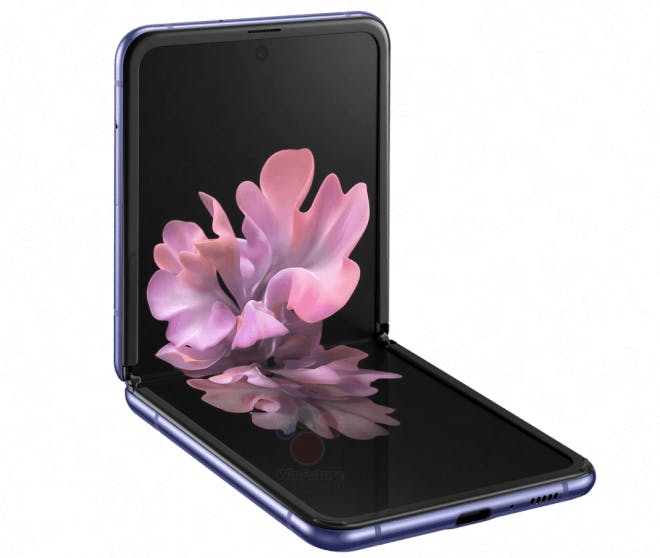 The Z Flip will be a tall phone, but not as tall as the latest Sony Xperia, however we are talking 22:9 aspect ratio on the upcoming foldable phone. It will feature an Infinity-O 6.7-inch display with a 2636 x 1080 resolution and full HD+ support. The horizontal fold is likely to please more users as it is more practical for one-handed use and will fit in pockets easily. The display will have extra protection with "Ultra Thin Glass" which will hopefully eliminate any Galaxy Fold-esque fiasco.

When folded, the Galaxy Z Flip has another 1.06-inch Super AMOLED display on the front which is hidden under Gorilla Glass 6. This screen with the Always-On feature will assist you in displaying time, notifications and battery charge.

A hands-on video came out online and confirms the previous design leaks.

The Galaxy Z Flip will pack the Snapdragon 855+ under the hood which offers 2.84 Ghz computing cores without 5G capabilities. The foldable phone will have 8GB of RAM and won't feature a microSD card slot, so 256GB of internal storage won't be expandable. On the security side, the Galaxy Z Flip will offer a side-mounted fingerprint reader. A two-part battery of 3,300 mAh in total, which can be charged wirelessly with up to 9W, will be used to make sure the Z Flip has enough juice to get you through the day. The battery capacity is similar to the Galaxy S10e, but will be outperformed by the Galaxy S20 series. Samsung's next foldable phone will run on Android 10 with Samsung One UI 2 on top. 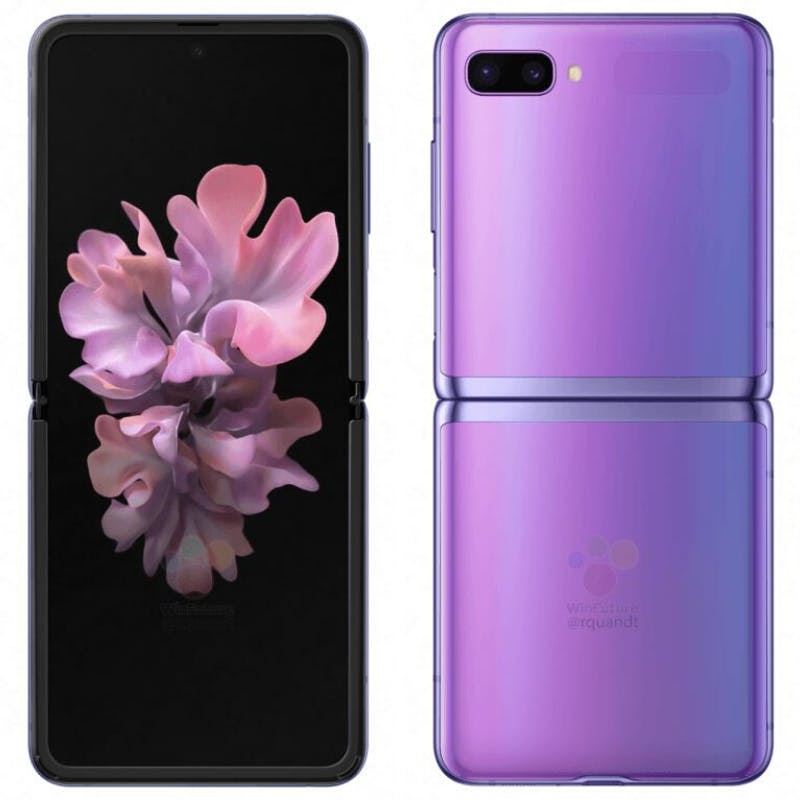 Samsung will put two 12MP camera sensors on the back of the Galaxy Z Flip: a main camera with f/1.8 aperture and 123-degree ultra-wide-angle with f/2.2 aperture. The front camera will be staying under the display and will offer 10MP resolution.

As mentioned above, the announcement will take place on February the 11th with availability in Europe from February the 14th. We hope that there won't be any issues at the time of release and that the Galaxy Z Flip will reach consumers without any delays. The price is rumoured to be less than what Galaxy Fold retails for, but still pricier than the top spec iPhone 11 Pro Max- around €1,500.

Now that we know all the specs and technical information as well as having our first look at the Galaxy Z Flip, all we can do is wait until the unveiling to discover more details. If you want to be among the first to witness Galaxy Z Flip's debut, make sure you tune in, or if you'd rather skip few hours of corporate flag-waving, we will be reporting all the highlights on Twitter.