The Galaxy S Series Anniversary: Features From the Original Galaxy S That We Still Use Today 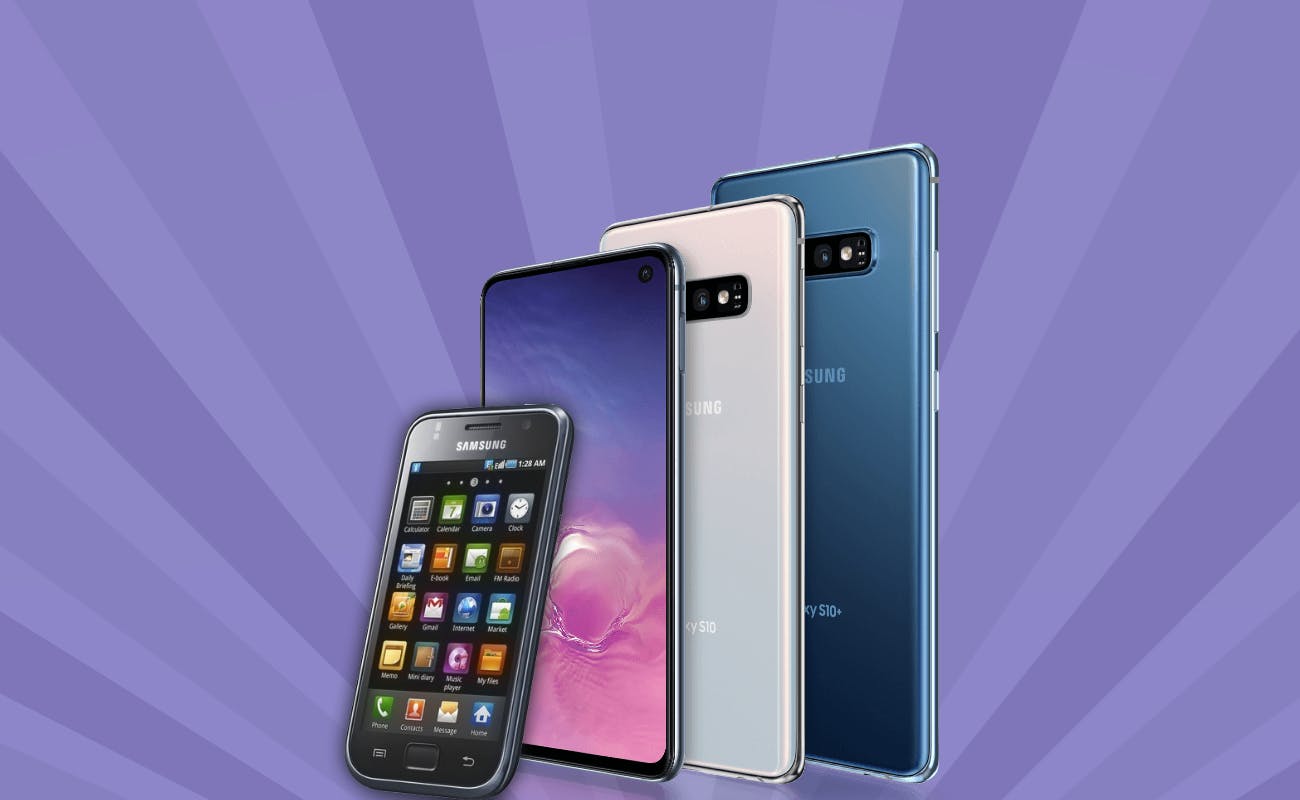 When Samsung's S line was first released in the mobile phone market back in June 2010, Samsung were having a tough time trying to attract the attention of consumers and competing with breakthrough offerings from Apple and HTC. While the Galaxy S was falling behind the iPhone 4 in a fair amount of features, and Samsung's Galaxy S range was average until the Galaxy S6 generation, the original Galaxy S smartphone paved the way for something that was to become a leading high-end Android smartphone 10 years later. In 10 generations of devices, many things were left behind or added to shape the latest and greatest Galaxy S10 family, however there are a few features that make Galaxy S devices what they are today. You might be surprised to learn which features are 10 years old... 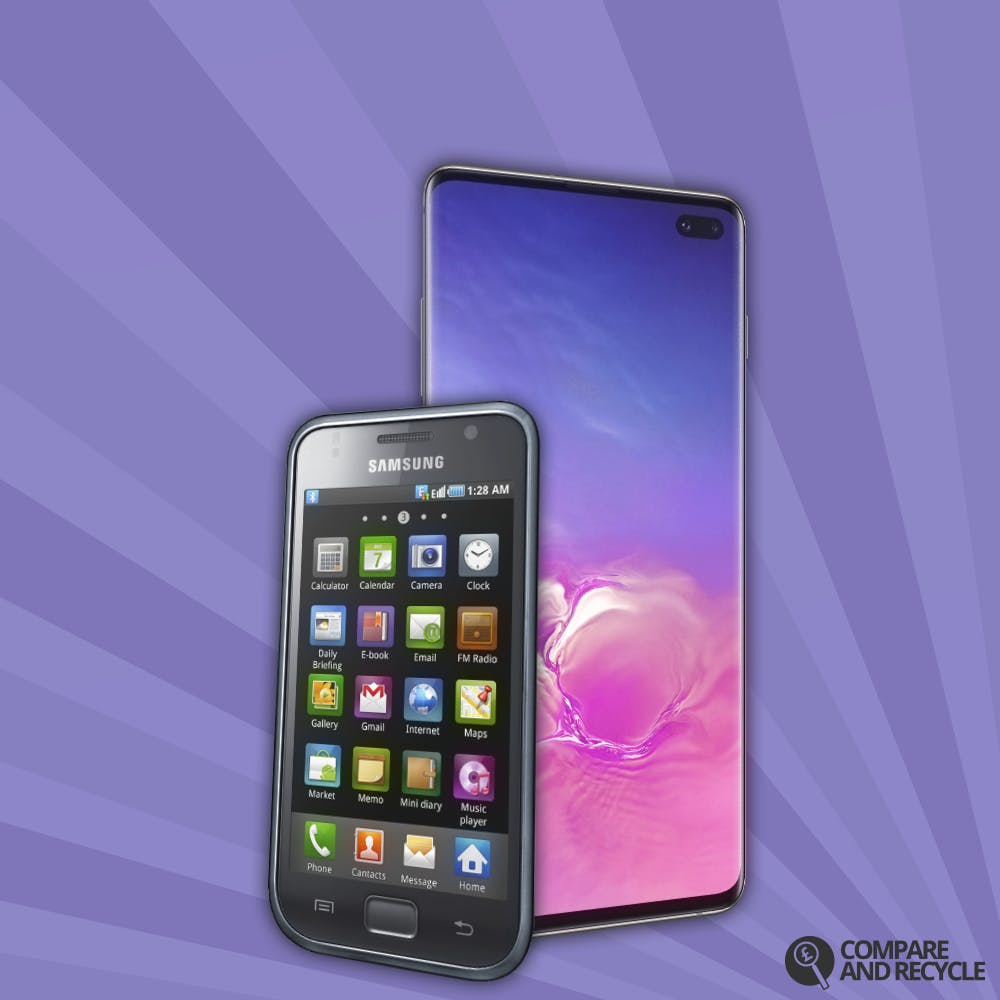 What would a phone be without its signature design? The original Galaxy S handset was made of cheap plastic and was not particularly noticeable in the pool of other Android devices leading the way, however, even back in 2010, Samsung already picked its Galaxy S product line's aesthetics that can be followed through to the flagships released in 2019. Rounded edges and slim dimensions led the way to the Galaxy phones of today becoming one of the lightest on the market.

Another important design feature of any Galaxy S product is the display. Since the original Galaxy S, Samsung have pursued quality panels and have been shouting about their Super AMOLED display tech. The 4-inch Galaxy S was one of the largest phones on the market back in 2010 displaying vibrant and contrast colours at a 480 x 800 pixel resolution.

After almost 10 years, a micro SD card slot and a 3.5mm headphone jack are still around. We are not sure if the jack will stay around for long, however the Android community seem to be loving the expandable memory option. Samsung have even introduced 512 GB micro SD cards to boost S10's storage up to 1TB!

Today, many phone manufacturers offer their own skins over Android software to differentiate their devices in terms of user interface and supply unique user experience. Back in 2010, the first commercially released Galaxy S ran TouchWiz 3.0 based on Android 2.1, and it had the Samsung App Store with only handful of apps available. Almost a decade later, it got renamed to Galaxy Store and you can find a vast array of apps to install.

One of the Samsung's key software features that has been since the very first Galaxy S is the pull-down notifications menu that allows the user to instantly toggle Wi-Fi, Mobile Data and Silent Mode. Over the years, Samsung added more services that can be accessed by dragging down the top notifications bar. Nowadays, Android users probably could not fathom having their device without this easy access to settings.

For quick access to Contacts, Phone app and Messaging, Samsung placed these apps' icons across the bottom of the home screen. If you have a Galaxy S laying around somewhere that can be still turned on, you will see that today's Galaxy S10 has a similar icon layout.

The way you respond to notifications on your Samsung Galaxy today first appeared on the Galaxy S. Alerts and notifications were displayed on the lock screen. For instance, by tapping on a missed call icon, you were directed to the app itself to take action. Music controls were available on the lock screen and very little has changed over the years. Frankly, it is extraordinary how Samsung has managed to utilise the Android code and nail some of the key features while giving so much control over to the users to arrange and organise their phone however they like it. 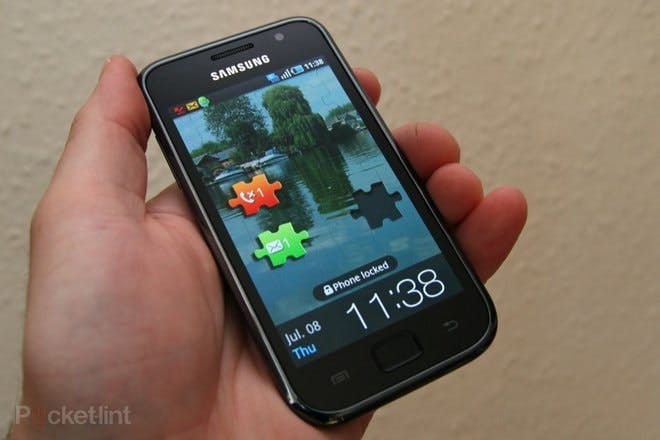 Software customisation is another essential aspect of the Android phones and Galaxy S lineup. Home pages on the original Galaxy S could have been personalised and live wallpapers were available in those days even though the animations were too slow on the Galaxy S. On-screen menus could be rearranged on the Galaxy S and multiple home pages were available as well with just a single swipe left or right.

Of course, the Galaxy S had a rear camera and you could play around with different shooting modes. Back in the day, it the Galaxy S only had a 5MP rear lens but you could find various camera modes in the app, including Beauty, Portrait, Smile Shot and Pro settings where you could adjust white balance, effects and focus. Touch to focus feature and auto focus for picture taking has actually been around for a decade. You could also display your pictures or videos by broadcasting them on a TV. The Galaxy S10 range has incredible rear cameras with variable aperture and wide angle lenses and front cameras which can take super bokeh selfies, but even 10 years ago the technology was already there to enable Self shot mode, also known as selfies, and a video calling functionality using the front camera.

Data, Bluetooth, Wi-Fi and GPS along with other connectivity functions debuted with the Galaxy S. Samsung offered a full touchscreen keyboard in landscape and portrait modes and yes, the predictive text feature has been present on Galaxy S lineup for ten generations. The swipe-to-type keyboard feature that Apple is only about to introduce with iOS 13 this year has been around on Galaxy S smartphones for ages. 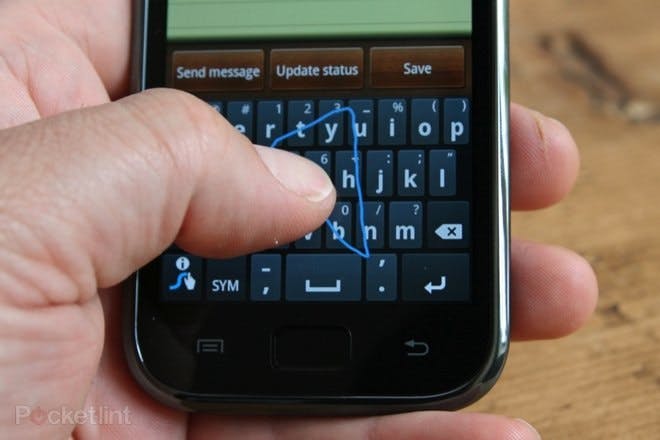 Every single Galaxy S device for the past few years has been a different model and received different design refinements. Samsung was putting everything they had into their device at a time. Unfortunately, the original Galaxy S device will not be remembered as fondly as the original iPhone for example. If this mind-blowing transition from a plastic phone to a premium feel all-screen smartphone that is giving iPhone a run for its money happened within 10 years, the next decade should be even more of a leap. It would not be unreasonable to assume that the Galaxy S will be around another ten years from now.