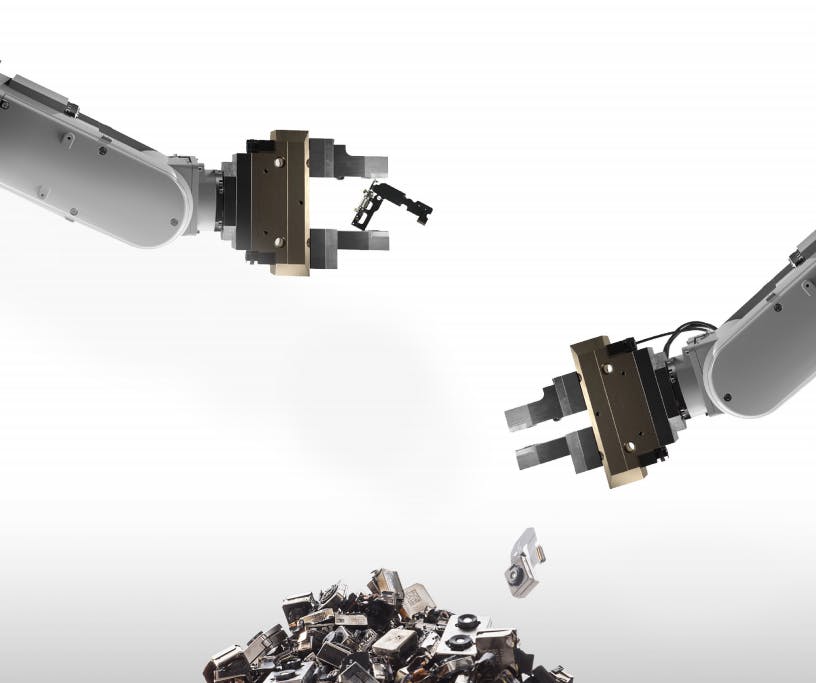 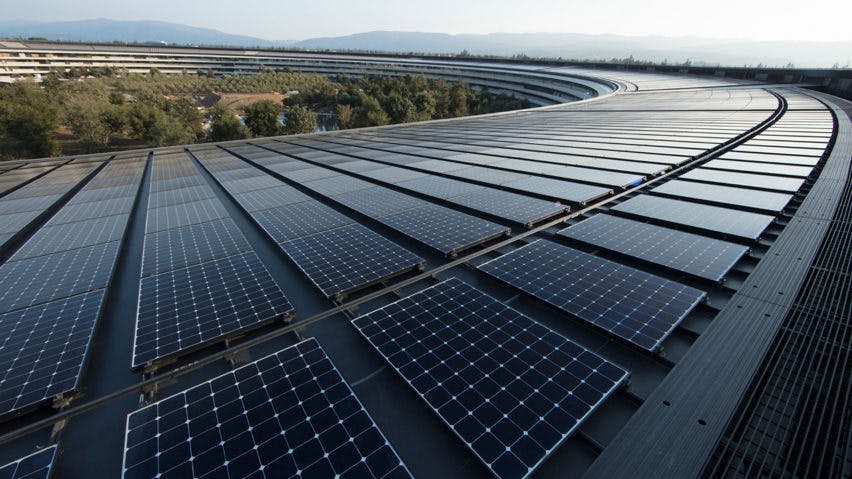 In cooperation with suppliers, Apple found opportunities to increase energy efficiency. Combining Apple's efforts since 2011 and 2017 included, the company has saved 70 million kWh of electricity per year. Apple has reduced emissions by 54% from its facilities worldwide.

The report brings out Apple's recent and advanced robot Daisy. The robot is company's recycling key resource. Daisy mines materials from old devices and can disassemble 200 iPhones per hour. The components taken apart are redirected to recyclers for recovery and collected materials will progress the creation of products without digging materials from the Earth. Daisy recovers components that traditional recyclers are unable to and sorts valuable materials that are sent back to secondary markets for further use. 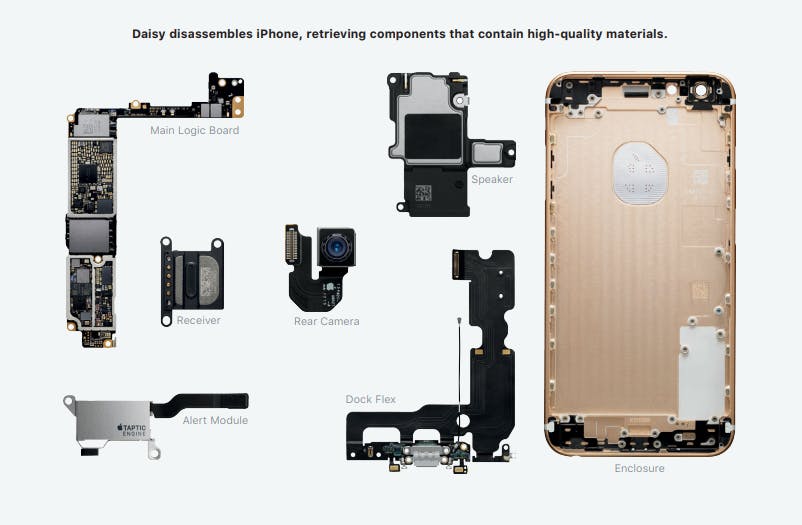 iPhone 6s Plus, iPhone 7, and iPhone 7 Plus that are returned by customers.

From every 100,000 iPhones Daisy can potentially recoup:

cameras, and in haptics technology.

• Tin 42 kg for the solder on the main logic board

Greenpeace isn't a fan of Apple's newest recycling robot and has responded to Daisy's debut with critisism stating that Apple has to focus on producing devices with higher longevity and repairability rather than more efficient recycling methods. As reported by Macrumors Greenpeace Senior analyst Gary Cook calls Apple to work towards producing devices that will last longer and embrace "Right To Repair":

"Rather than another recycling robot, what is most needed from Apple is an indication that the company is embracing one of its greatest opportunities to reduce its environmental impact: repairable and upgradeable product design. This would keep its devices in use far longer, delaying the day when they'd need to be disassembled by Daisy."

Customers want to keep their devices longer, as evidenced by a 3 to 4 week wait for a battery replacement at Apple retail stores earlier this year, when Apple was compelled to dramatically reduce the replacement cost."

Apple's dedicaion to environmental improvements is definitely something other manufacturers need to embrace. For example, Samsung Electronics currently run their operations on only 1% renewable energy.

Even with more efficient recycling robots, consumers are left with devices that last no longer than 2-3 years and demand for battery replacements within Apple's discounted repair program indicates people would rather use their phones for longer and uprgade only when needed naturally.