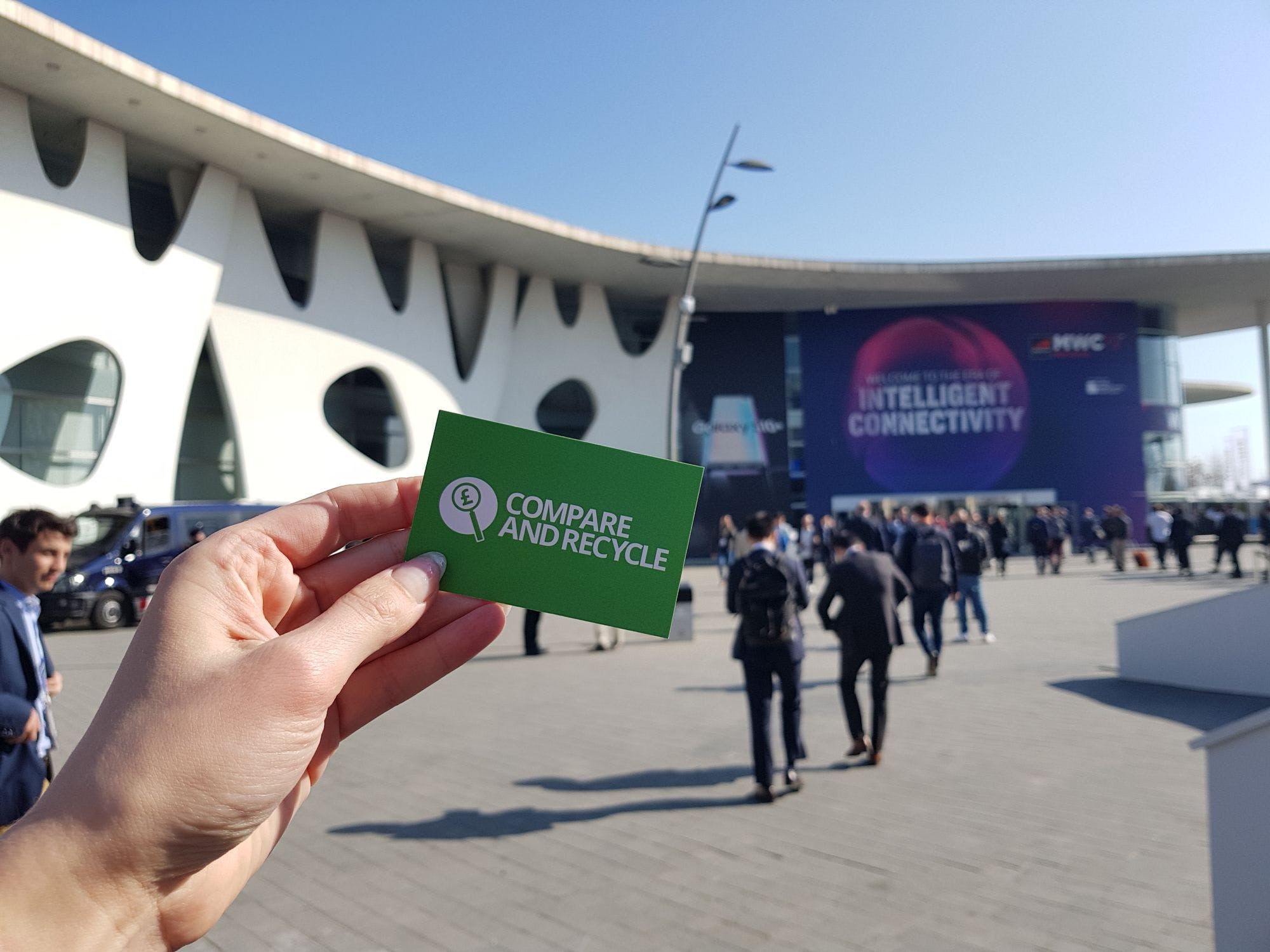 We have had feet on the ground at the years biggest mobile phone event, where the latest and greatest phones are showcased and flaunted around the Barcelona arena. We have a few hot-takes from what has been a busy day in Spain.

Huawei jump straight into folding phones with a stunning device

Who would have thought Huawei would be stealing the show? Well, the fact that this came as a surprise to all but few means that the Mate X really had the 'wow' factor on the MWC exhibition floor. With one of the busiest areas, everyone was trying to get a glimpse.

They have used the fold completely differently to Samsung, they have the screens on the outside, which does make both screens exposed but gives a nice bezel-less look on the screen when it is folded.

This is one of the surprises of MWC2019 and we can't wait to get our hands on one, even if it is going to cost $2k!

Samsung seem to be hiding the Fold behind mirrors

The way Samsung have chosen to display the Fold makes us all think it's not quite ready, and with the only working prototypes being displayed on stage and behind closed doors. There might be some areas where it's not quite finished in development just yet. 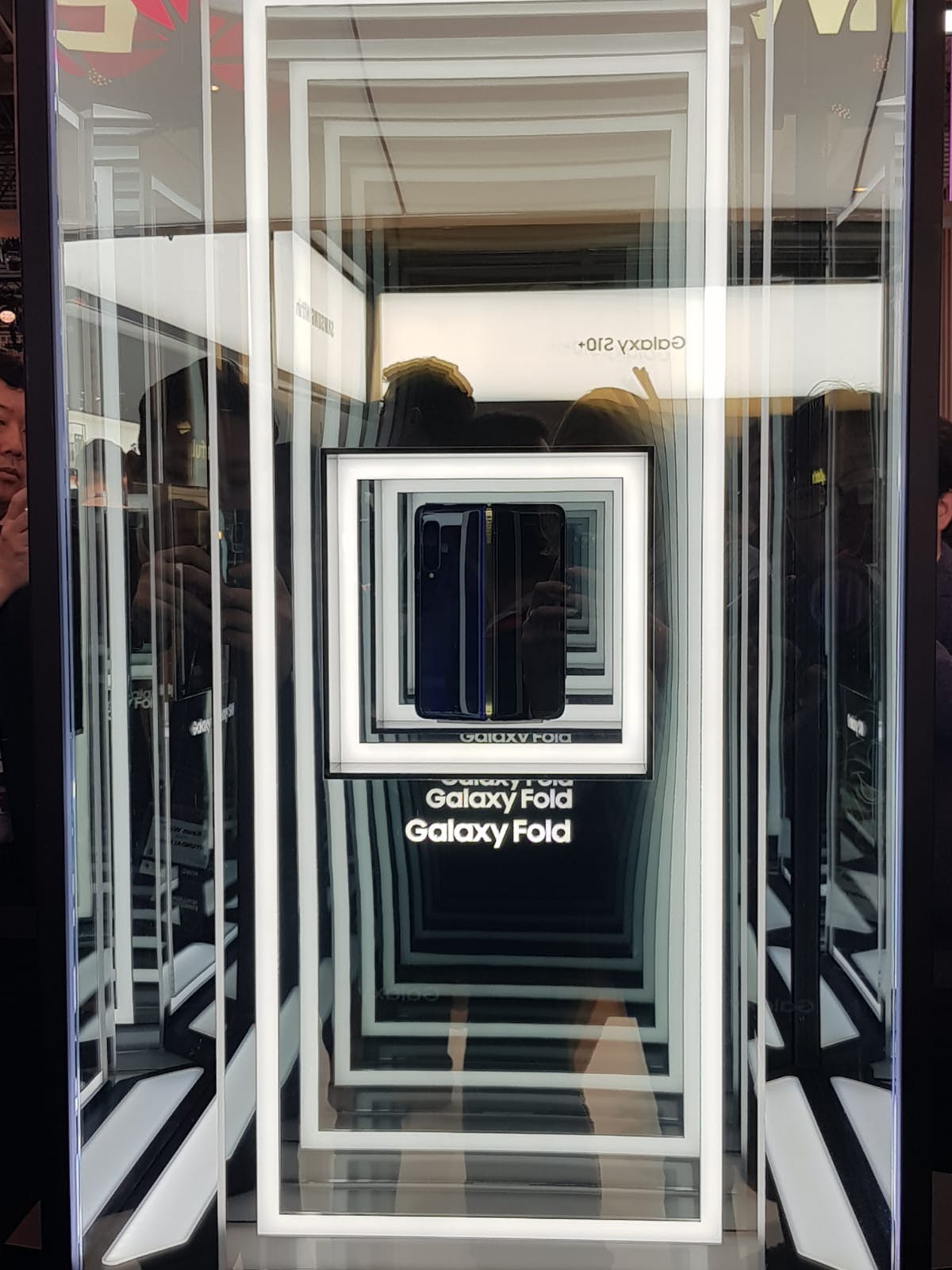 The foldable phone that is kept in one position it's entire time.

Sony Stick with what they know with the 4k Xperia 1

Sony do exactly what they have been doing for several years with the Xperia range, big blocky phones, with sharp corners. But Sony have had something up their sleeve for some time, making the most out of their movie studio background and mirrorless camera by boasting the latest Xperia with a 6.5 inch, 21:9 aspect smartphone with the world's first 4K OLED HDR display (3,840 x 1,664). 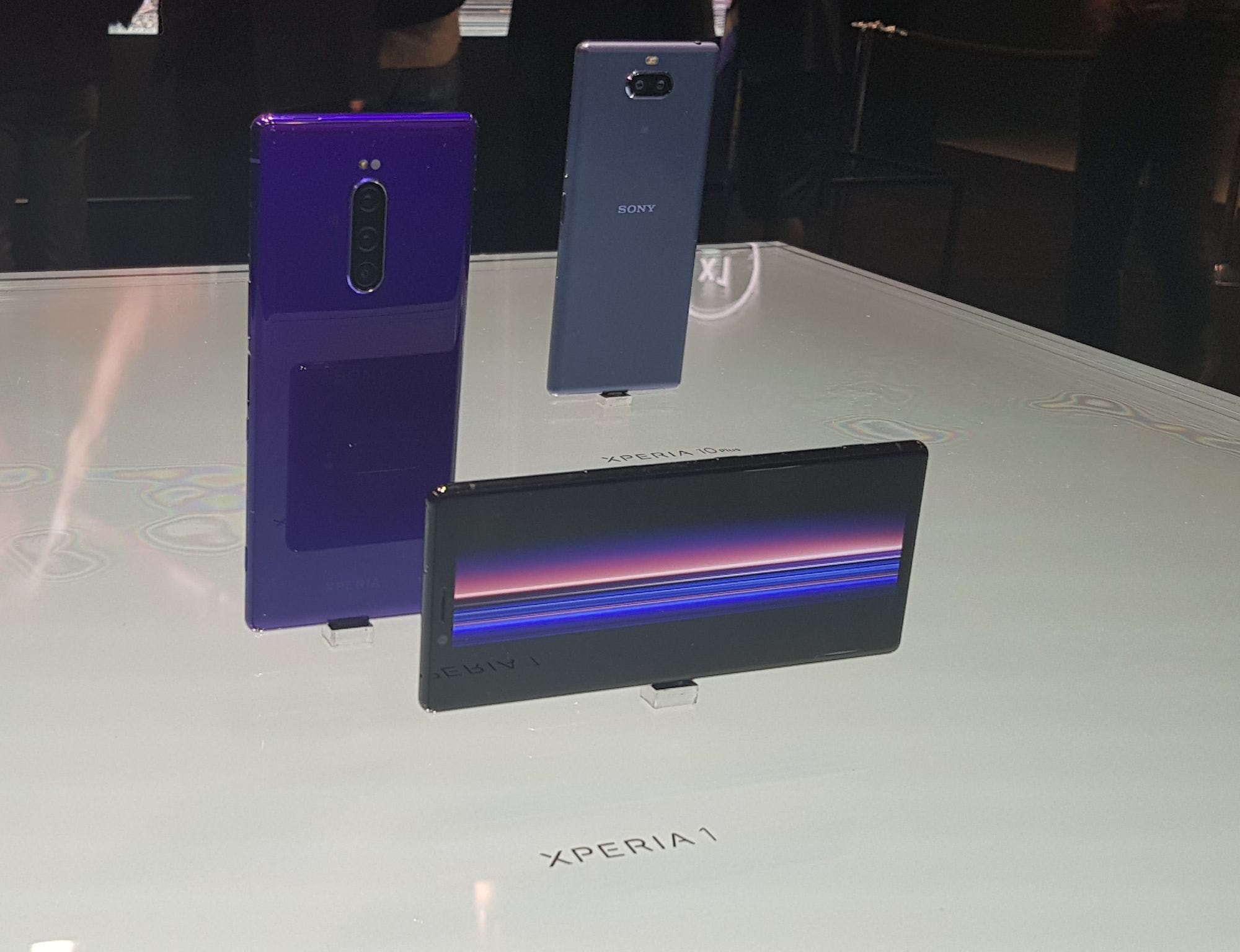 Watching movies is one thing, but when you can create movies with your phone, you will really have something special in your hands. We are excited about the Xperia 1! Shame we couldn't get much closer.

One of the most powerful looking devices on the floor is the Nokia Pureview, with its floral pattern of cameras and sensors on the back, it looks unlike anything we have seen before and is a bold statement from Nokia, who are just finding their feet after an extremely solid few releases.

The PureView has a 5 x 12 MP camera setup, can shoot in raw files, and has integration with Google photos for your ready snapping and integration with a free version of Adobe Lightroom to edit any raw photos. The camera, we are told, has the widest range of exposures of any phone, and the 12 stops of exposure rivals big money DSLR cameras.

Hisense providing a second E-Ink screen on the back

One of my personal favourite phone designs was the YotaPhone, with it's e-ink screen on the back of it, was first showcased here at the MWC in 2013! And here we are, in 2019, praising the Hisense A6 for it's dual screen that works.

LG are wanting to get into the multiple screen game, but are behind in the foldable screen area, so what's the next best option? A second, attachable screen. It is a surreal thing to look at, and it looks a bit like a book, but it was a surprise. 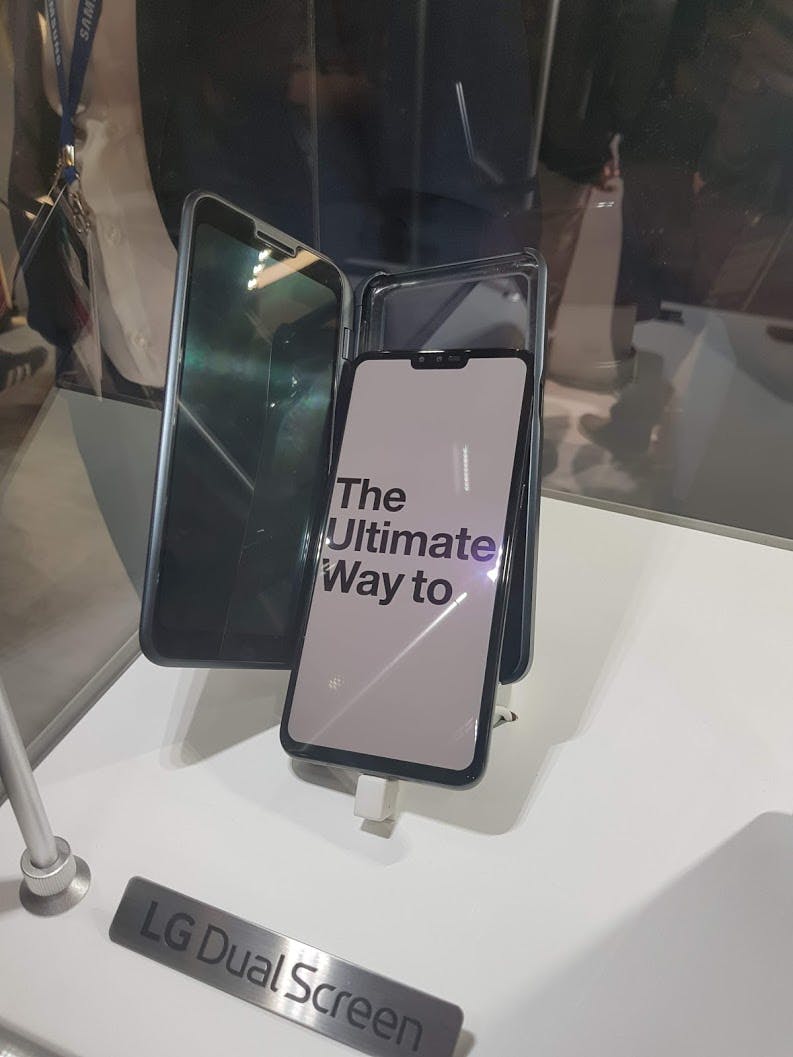 We didn't get to have a go of it, and couldn't tell how it was connecting to the main phone, but we were told it's not by Bluetooth. We will look forward to giving it a thorough test when it is released later in the year.

Not useful to charge a phone, but it can act as a portable charging pad, so one phone plugged in can charge you phone, your accessories, and even someone else's phones all from one cable. The device can charge when it's not plugged in also, and we will see how this affects the devices own battery life, but as a charging mat when plugged in, this could be extremely useful.

Charging other people stuff on the move isn't going to be as useful and charging your headphones using your own battery power could result in not having enough power to listen to your music through it. But there are going to be plenty of applications where this reverse charging is going to be useful.