Naughty or Nice: Which Smartphone Companies Are on the List in 2019? 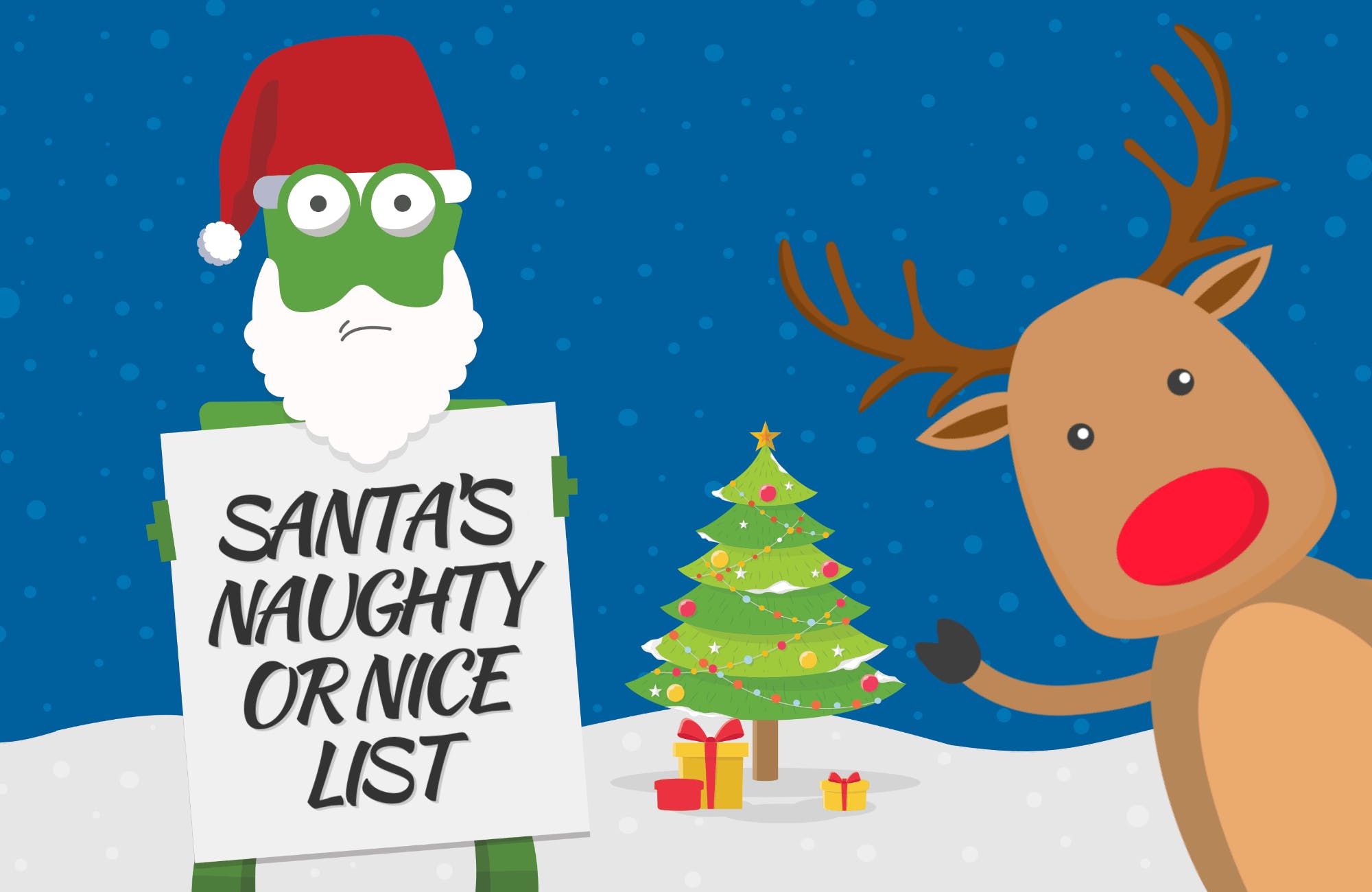 It'll be the end of the year before we know it, so during this time we like to reflect on the smartphone companies’ successes and failures of the year. We’ve identified which of the manufacturers have impressed us, and who have disappointed us. Read on to find out who has been naughty and who has been nice in 2019.

Year after year, OnePlus have been delivering increasingly remarkable models and 2019 was no exception. Just look at the OnePlus 7 Pro. OnePlus launched its OnePlus 7 Pro series with the first 90Hz refresh rate displays on the market which has set the bar high for the next year. We’re still waiting for other manufacturers to catch up. The OnePlus 7 stands out in the mid-priced space and OnePlus even went as far as to create a McLaren edition of its 7T series.

There were some software issues regarding keyboard and fingerprint authentication with the Android 10 release for older OnePlus devices, but rapid updates rectified these. OnePlus’ software support is also one of the best that we have seen on the market. Regrettably, this year we are waving goodbye to the OnePlus 3 and 3T that brought OnePlus into the mainstream; however, this is after three generations and after receiving updates that brought them from Android Marshmallow up to Android Pie. 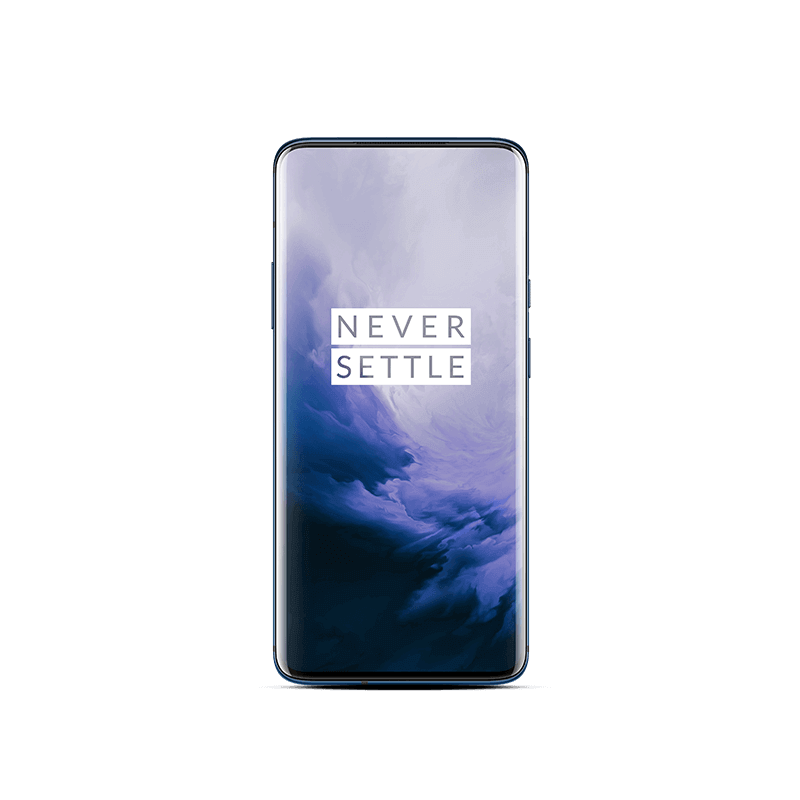 Hey Google, still no 4K video recording at 60 fps? Yes, you made people unhappy about this. It’s 2019 and when you’re dealing with higher resolutions, 60 fps should be on offer. We saw your reasoning behind this, but you didn’t sell it to us.

The Pixel 4 release brought an array of issues, and it looks as though Google still can’t make their flagship devices reach what we’ve come to expect as standard. The top bezel hides all the sensors, ruins the aesthetics of the device and takes up more of the display than necessary. Even after four generations of devices, Google still didn’t get the memo that users like phones that have long-lasting batteries and can cope with their everyday needs.

Over the past few years, Google have gained respect with a fantastic smartphone camera setup performance, but with the launch of the Pixel 4 and Pixel 4 XL, many were disappointed that Google chose to skip the wide-angle lens this year and opted instead for a 12.5 MP standard lens and a 2x zoom telephoto lens. There’s Astro Mode, but it’s not exactly a worthy substitute to the wide-angle lens. The Google Pixel 3a was a better release and consumers get what they pay for, so maybe all it takes for Google to make our Nice list is to focus on delivering the best offering for a budget phone and stop embarrassing themselves in the flagship arena. 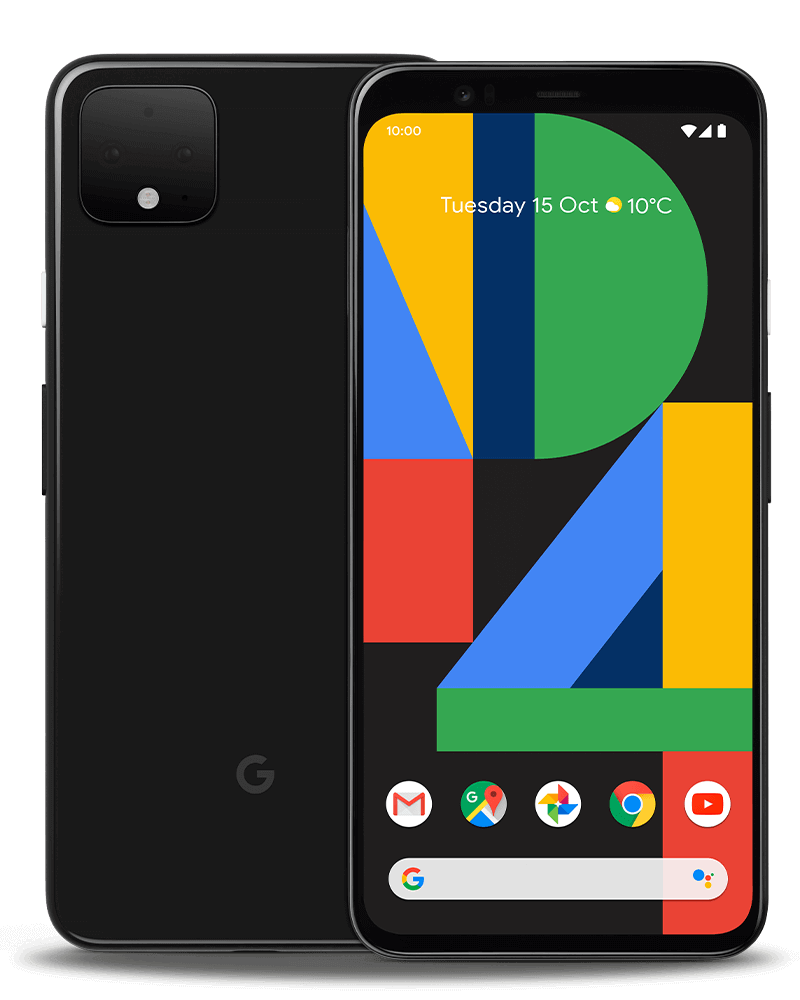 Championing the budget smartphone market in 2019, each of the Moto devices are reliable and have decent features. You can find single-lensed Motorolas that will still be great camera phones with software that makes up for the lack of sensors, or triple camera phones that won’t break the bank. Motorola also offers one of the cheapest options to get access to 5G: the Moto Z3 with a 5G Moto Mod add-on. This ended up being the cheapest 5G offering on the market this year.

Undoubtedly, Motorola is facing tough competition from Chinese manufacturers and Nokia, but there’s one thing Motorola did to steal the show in 2019. As it transpired, the world was ready for Razr’s comeback in 2019. Motorola reengineered and brought back the iconic Motorola Razr that folds in half and broke the mold of smartphone design. Motorola didn’t need to rush to deliver the first foldable device and then have to carry out embarrassing relaunches like Samsung did. Motorola clearly put a lot of thought into the new Razr and foldable technology which paved the way to success where others failed. Besides, it just feels good to snap your phone shut in 2019! 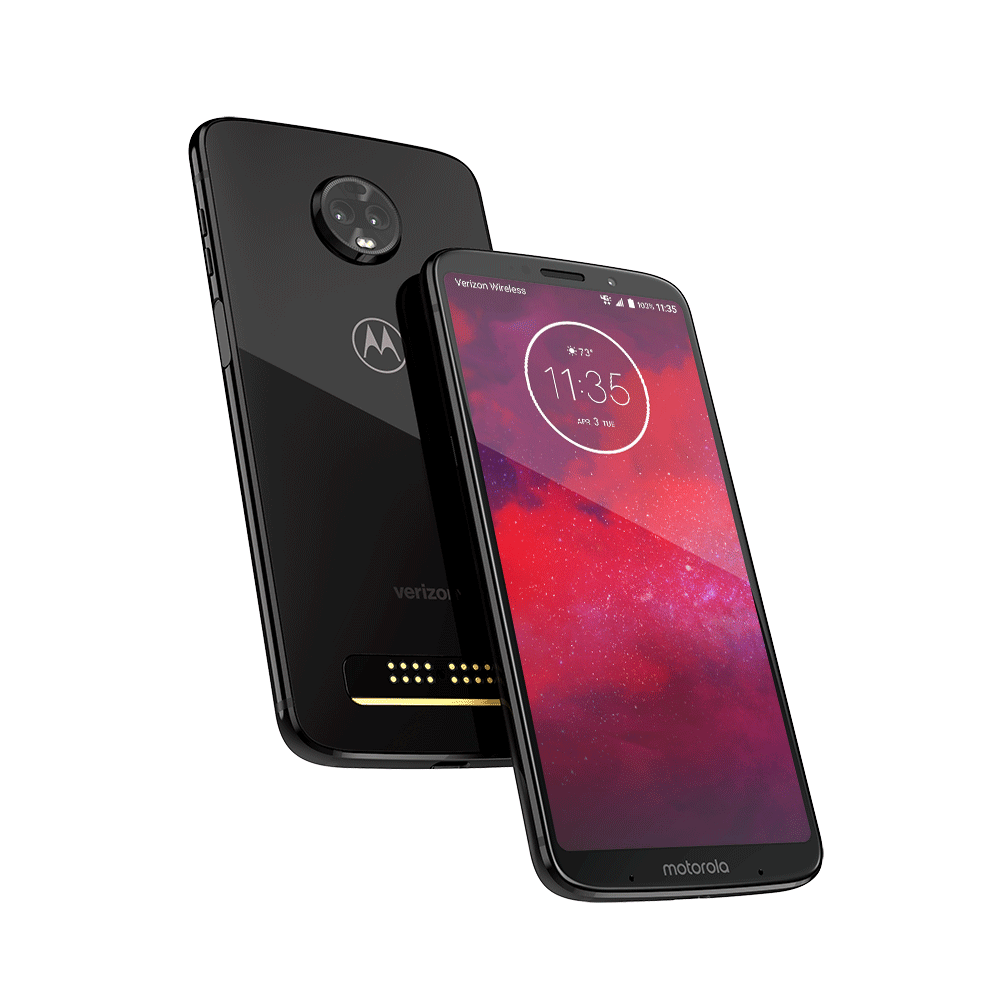 The major downside of the iPhone 11 Pro and the iPhone 11 Pro Max is the price. For the iPhone 11 Pro, you would have to part with around £1,049, and for the iPhone 11 Pro Max, an astronomical £1,149. This is simply not a realistic amount of money for most people to be spending on a smartphone. However, the good news is that Apple also launched the iPhone 11 which is 2019’s answer to the iPhone XR of 2018. In terms of price, the iPhone 11 is one of the best value Apple smartphones you can get, at just £729, with many of the the bells and whistles that we’ve come to expect of most flagship devices currently on the market. Its features include a new camera setup with a wide-angle lens, Night Mode, one hour more of battery life than the iPhone XR and more processing power. If you’re also aesthetically inclined, you’ll probably appreciate the choice of six different colours, including three different pastel options. Overall, Apple remains resolutely on our Nice list. 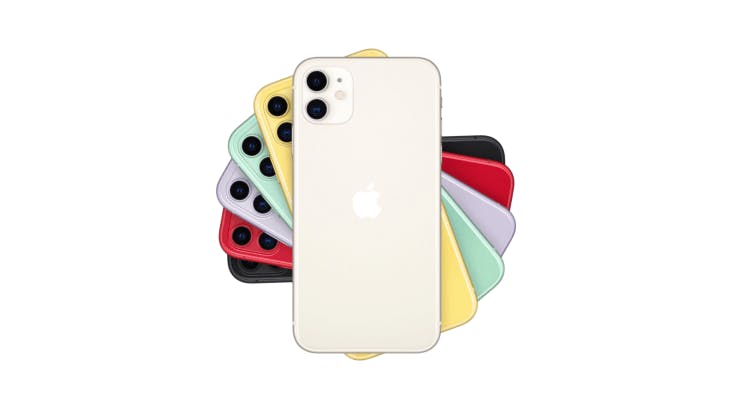 Earlier this year, LG released the LG G8 ThinQ. It appears at first glance that it would be a good smartphone to have, but on closer inspection it has some bizarre and unnecessary features that users could do without. These include vein recognition (why?) and less than seamless hand gesture controls. Like some other smartphone companies, LG have found it challenging to remain competitive within the industry as consumers tend to keep their phones for longer and thus are less easily seduced by the promise of a brand-new flagship device. This is probably why LG have tried to appear innovative, but to no avail. It’s difficult to justify a device which initially was priced as midrange and doesn’t meet the same standards as other flagships (such as Apple and Samsung).

This isn’t where the problems end with LG. They’re also known for being very slow at releasing software updates and they can even abandon support completely while only carrying out minimal security improvements. There’s also the camera setup, which is worth mentioning, which falls short of the market standard. While the new LG devices technically follow market trends by having the popular wide-angle lens, the camera app is still rudimentary and certainly not as impressive as other smartphones’ like iPhones and Samsung devices. Moreover, the front-facing cameras are still sub-par. Ultimately, LG’s smartphones have been rather lacklustre this year, which is why we’ve put them in the Naughty list. 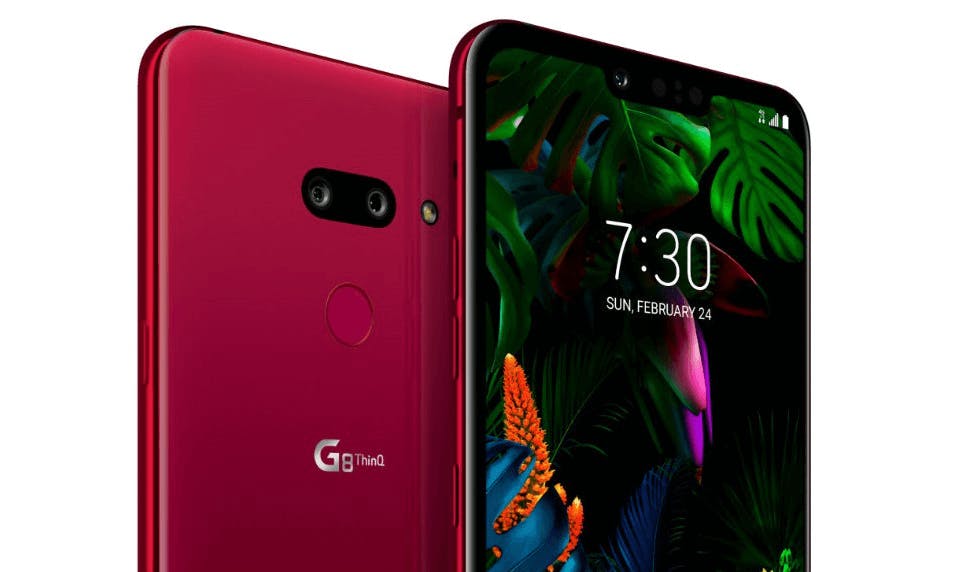 Fairphone will probably always be on our Nice list, because of their commitment to creating phones that are truly environmentally friendly across all stages of the manufacturing process. These devices are known for being made from recycled plastics and Fairtrade gold, having maximum repairability and having been built with long term durability in mind. Not only this, but they also have fair working conditions for their workers and a female CEO (the only other current example of this in the smartphone industry being HTC’s Cher Wang). With all these factors to consider, we were pleased to see that Fairphone released a third model this year after a four-year hiatus.

If you don’t want to spend a lot on your smartphone, then the Fairphone 3 could be a great option for you, as it only costs £420 directly from Fairphone itself. You can use a regular USB cable to charge your Fairphone 3, and it comes with a 3.5mm headphone jack which is a preferred feature for many people. It also has a decent battery life, as it comes with a 3000mAh battery which can be replaced easily if need be. After a day of normal usage, you might even have enough battery to last you into the next day. This phone is by no means the best performing nor the best at photography compared to other smartphones on the market, however, if sustainability is essential to you and you don’t mind your handset being a little more primitive, then the Fairphone 3 could be your ideal smartphone. If your dream device is one which can withstand several drops and is able to last you a long time, then we would recommend this one. 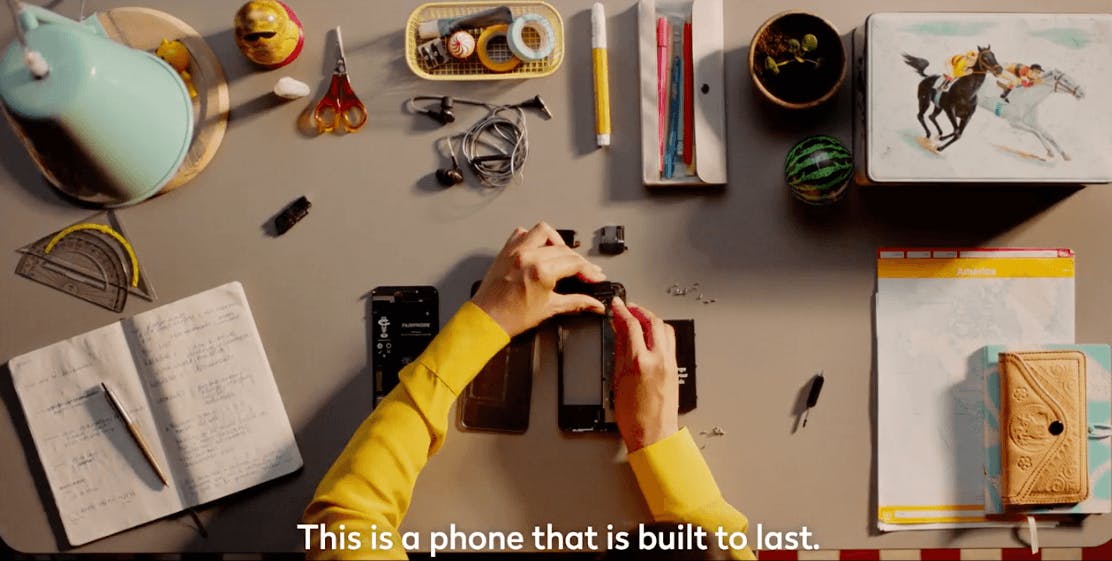 Nokia has been one of the most widely recognised brands of the last two decades. Following a brief lull in the middle of the 2010s, they’ve returned to form since the takeover by HMD Global, catering successfully to the budget and mid-range devices market with devices such as the 6.2 and the 7.2 which have sleek and elegant designs. We think it’s fair to say that Nokia have upped their game with these devices.

While we are seeing progress from Nokia, we would argue that they ought to focus more on their environmental standards and think more about the durability and repairability of their phones to ensure they make the most of the three years of security support and the AndroidOne OS that ships with the majority of their devices. 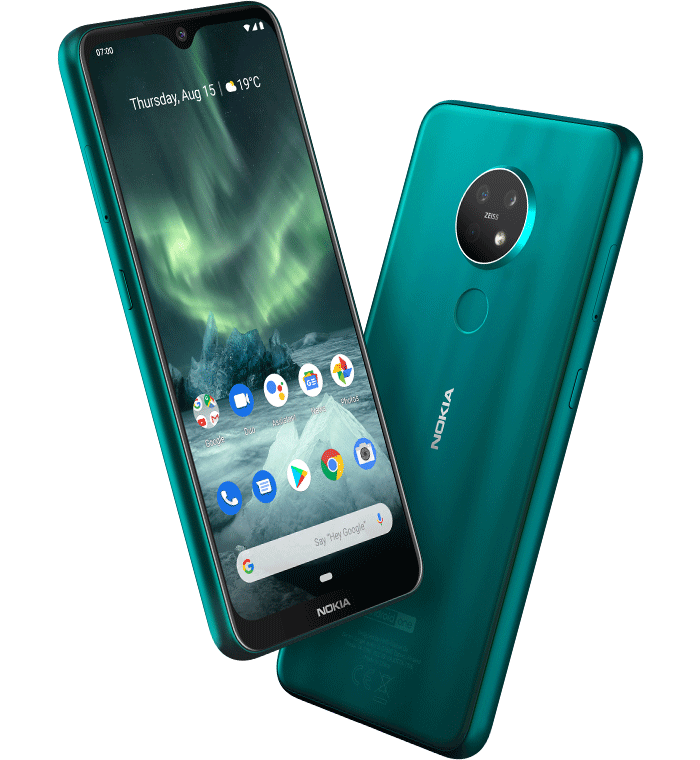