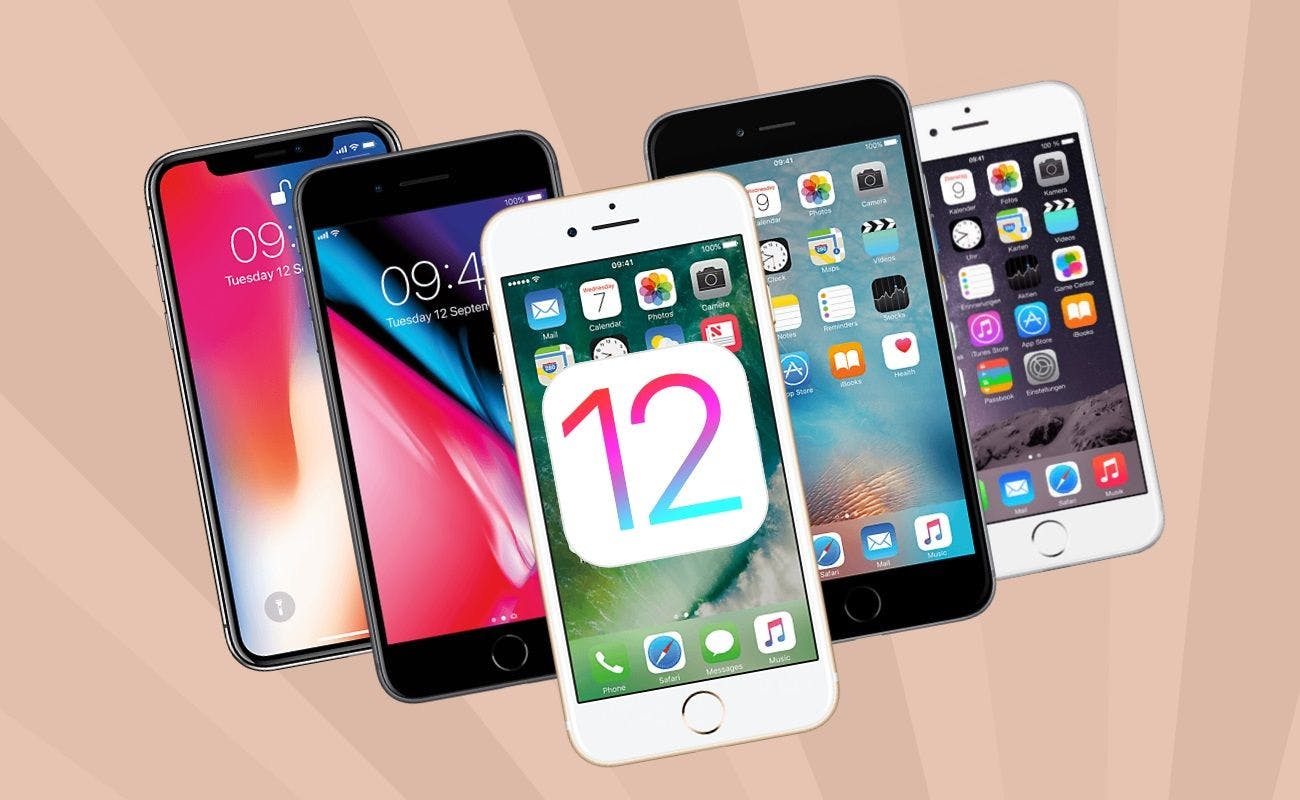 First announced in June, Apple fans were teased with the major iOS update. So many beta versions and bug fixes after, the latest iOS update is finally live and you can download it for your iPhone, iPad and iPod.

iOS 12 is indeed a major update as Apple focused on changes in 14 categories. Let’s see what features and improvements your device will get once the new iOS version hits it.

In theory, stability and performance optimisation is what has been improved to make iPads and iPhones run faster and be more responsive. The older iPhones will experience the biggest boost as newer iPhones have better processors built-in. So instead of slowing down your iPhone 6, iOS 12 will make it a beast. More recently released iPhones will see faster loading apps. iOS 12 boost performance in real time as required and scales back when not needed to save battery.

ARKit 2 is a considerable part of the new update. Now your iPhone has an app called 'Measure' that enables you to take measurements of real-world objects. The system automatically recognises an object’s shape and gives measurements for its length and width.

It looks pretty cool and obviously there are a lot of things this app can measure, we can't see this being abused at all, no-sir, not us.

Shared AR experiences is another cool add-on. Two people playing on separate devices can share the gameplay in AR from their point of view.

Additional Animoji have joined the family and now you can turn yourself into a ghost, a koala, a tiger and drum-roll a T-Rex. Now all the iPhone Animoji support a tongue-out animation. Also if you don’t fancy being an animal or an awesome T-Rex (who wouldn't want to be a T-Rex?), you can Memojify yourself. Basically it’s an Animoji of yourself with a bunch of customisation. 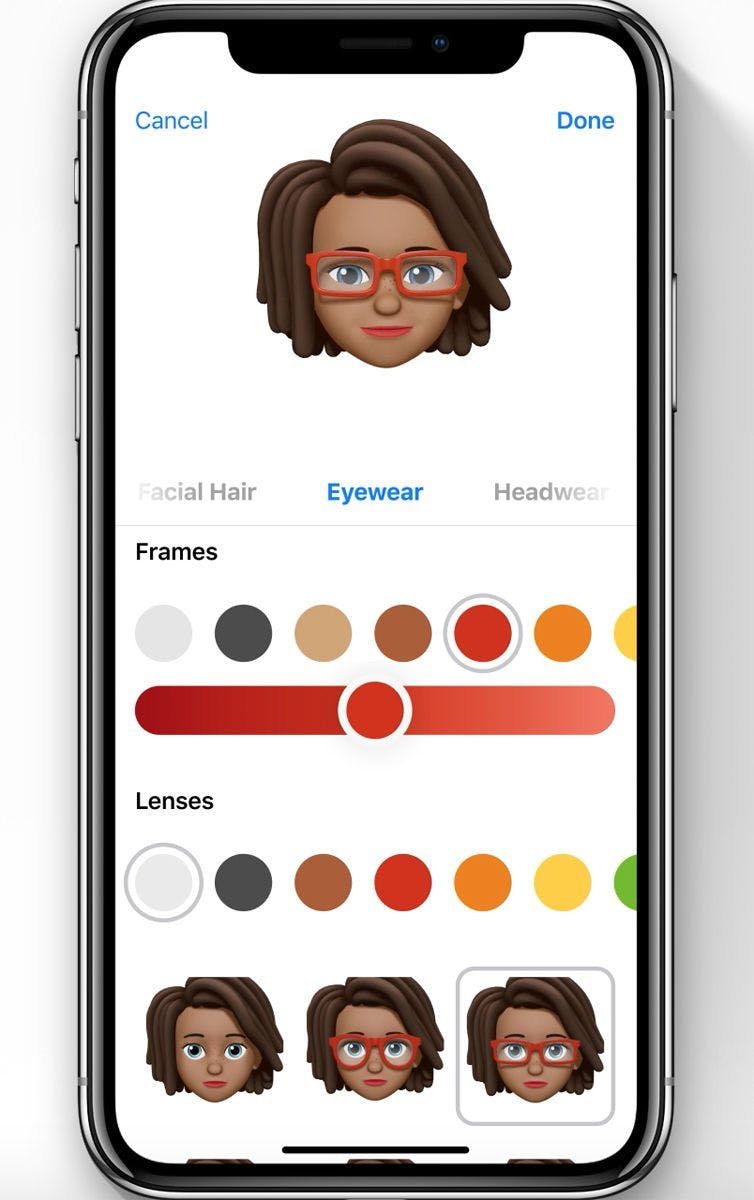 Apple switched from third-party data to anonymously gather it's own and this change will allow Apple to update apps that use maps without delay and reliance on third party data providers. Maps will display more detailed images gathered from their own mapping vans and combine with satellite images. So you should be able to find your way much better with the latest update.

Apple thinks you have 32 people you want to FaceTime at once, even if you don’t, the new FaceTime is something to get excited about. The interface will become smarter and will resize participants avatars depending on who is talking.

Probably due to interface complexity, the FaceTime update has been postponed until later this Autumn.

This feature includes multi-step voice commands created for individual apps. Put it simple: in any app you can now create a voice shortcut for a specific action by “Adding to Siri”. Let’s say a command “Help me to relax” will launch a meditation app or your relaxation playlist on Spotify or “Order my usual coffee” will trigger this action in Starbucks app.

More smart object search categories have been added in iOS 12. You can search for places you’ve taken pics, actions you perform on the picture etc. and Photos now pre-ticks images that you are likely to share with people in the picture. In return, their phone launches the search for images taken at the same event and will suggest to share them. Creepy? Maybe a fair bit in the beginning, but this is what makes your phone a smartphone.

Several default apps have been redesigned to be suitable for iPads. The news app now has a new browse tab and you can easily navigate to your favourite news categories. Voice memos are coming to iPad with an updated user interface. Instead of iBooks you will have Apple Books with a cool new feature Reading Now that allows you to continue reading where you left off last time. App Store has become easier to browse.

With Do Not Disturb During Bedtime on, during your bedtime pre-determined hours you won’t receive notifications. You will be able to see them in the morning. So if there’s a storm happened in your WhatsApp group, you will catch up with missed messages after a good night sleep. Standard Do Not Disturb mode now has a specific end time. Very useful for important occasions like a wedding or keynote.

Directly from home screen you can tailor your notification settings. By pressing onto a notification, you can choose whether to turn them off completely or to adjust settings and limit sorts of notifications you want to continue receiving. Siri also comes in handy and will suggest turning off notifications that are less used or not used at all. Finally, long threads of notifications are gone as Apple released categorised notifications by topic or app and they can be managed with a single swipe. 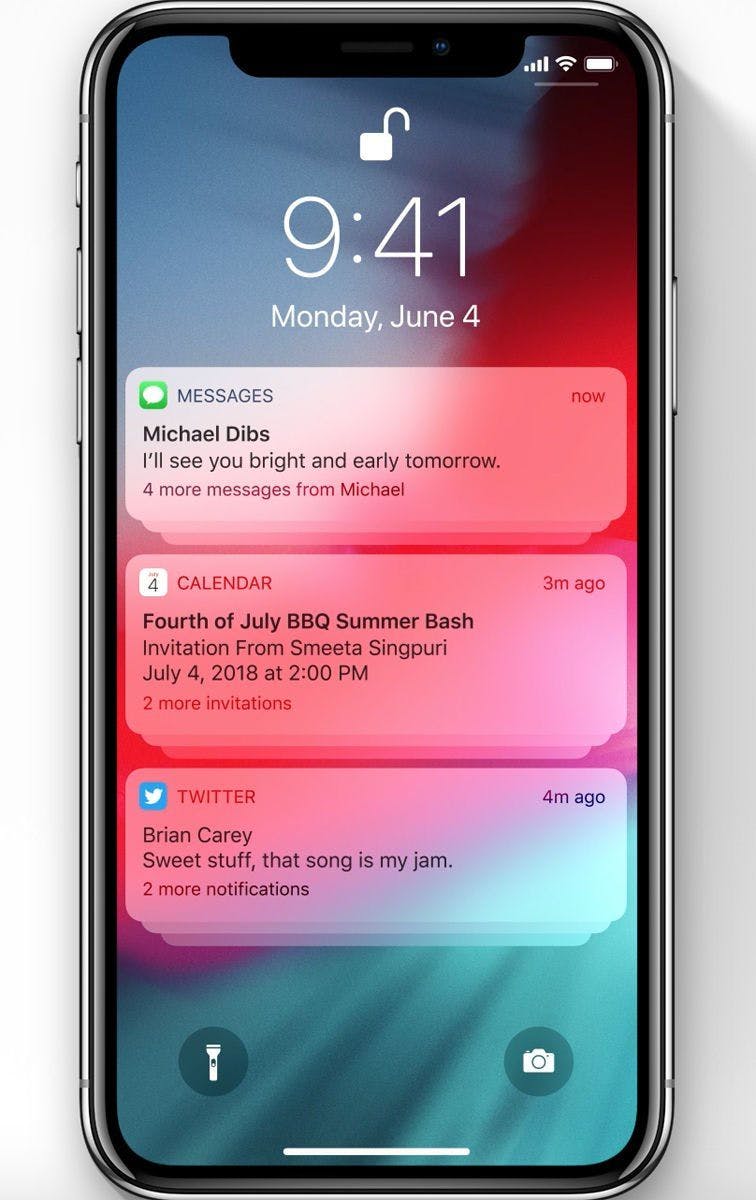 iOS has now joined Android usage monitoring bandwagon and you can access screen time reports detailing your usage patterns and activity to decide on your limits and adjust what apps to use less to have a healthier user experience.

What devices support the new iOS 12?

You will be surprised but a lot ??? 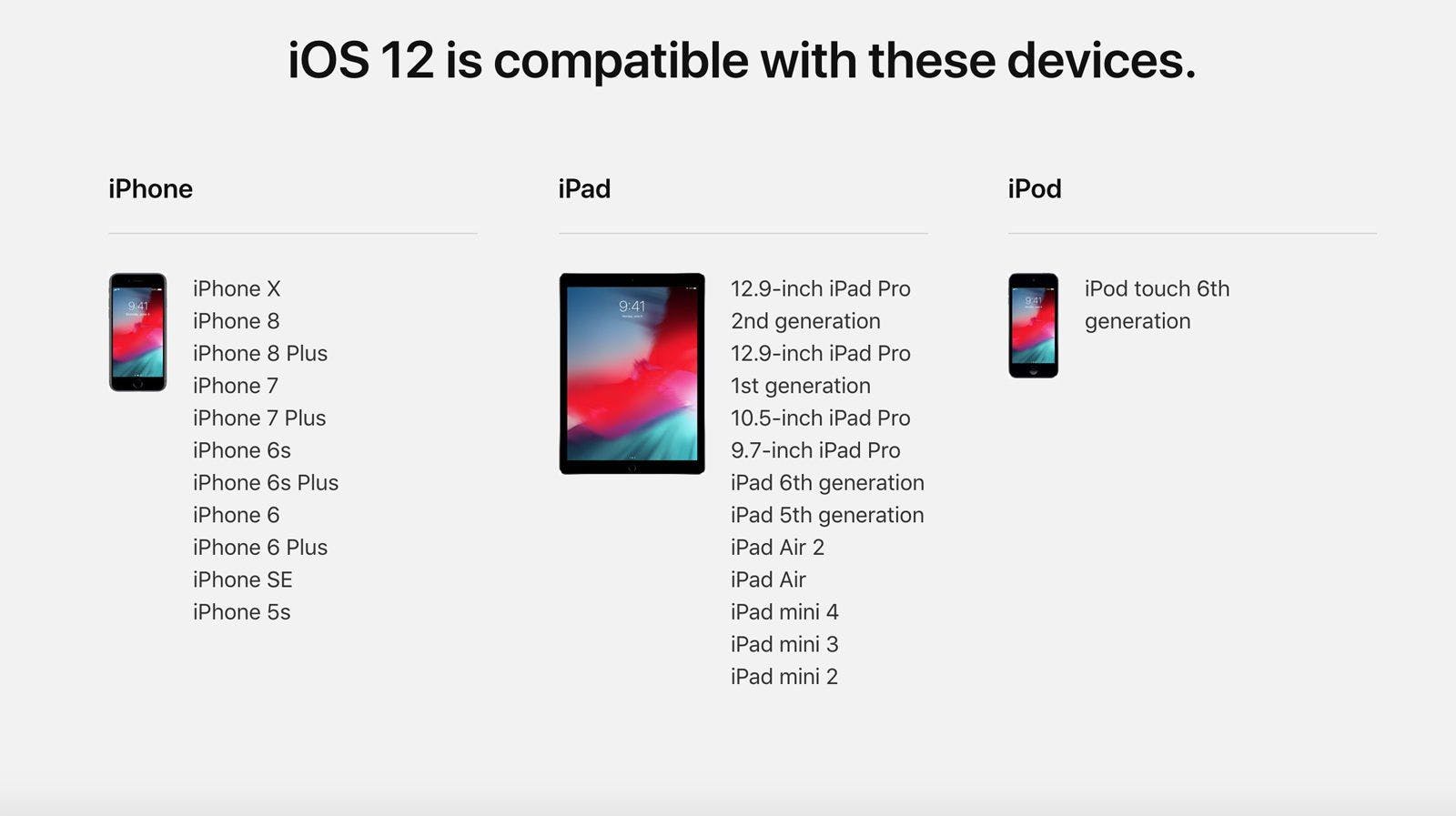 If you have installed the update and your phone barely survives a half day, don’t panic. It’s normal as the updated iOS is performing lots of tasks and browses through your phone’s data to allow you to get the most of its new features.

These processes are run in the background and will use a lot of battery. In addition, by the time iOS 12 launches, majority apps will have their own updates available to optimise to the new version and these updates are most likely set to automatic and the iOS 12 will dedicate its power to take care of these app updates as well.

Once you’ve charged your device a couple of cycles, the iOS will calm down and you won’t need to arrange your day around power socket availability. So yes, you suggested it right – all you need is to wait and give your phone the juice as required and you'll be measuring your cats and dogs to your hearts content.