After so many events had been cancelled this year due to the growing concern over the impact of the spread of COVID-19, it was impressive to find out that Huawei are managing to go ahead with their launch of the P40 series.

Huawei news in 2019 was largely dominated by the US government trade ban of the company, meaning that Huawei would not be able to install Google’s services on their latest devices. This has had a significant impact on Huawei’s global market share. Nonetheless, the Huawei P40 series launch has still been highly anticipated within the smartphone industry, and many commentators have suggested that Huawei’s new flagship devices will take the spotlight of the Samsung Galaxy S20 series and the Samsung Galaxy Z Flip.

So, how exactly are Huawei managing to carry on with the announcement? Amid new safety regulations, Huawei decided to host the announcement online on Thursday the 26th of March. As the date is fast approaching, we have been looking at leaks that have emerged over the past few days. Want to learn more about Huawei’s new hardware release? Read on.

What We’ve Heard So Far

How Many Devices Will Be Launched?

Huawei is following in the footsteps of rival leading smartphone manufacturers by launching three flagship models. The Huawei P40 will be the standard flagship model, followed by the successor to the P30 Pro, the P40 Pro and the newcomer- the P40 Pro Premium. If you have been following Samsung's Galaxy S20 lineup release then you see where Huawei got inspiration from. 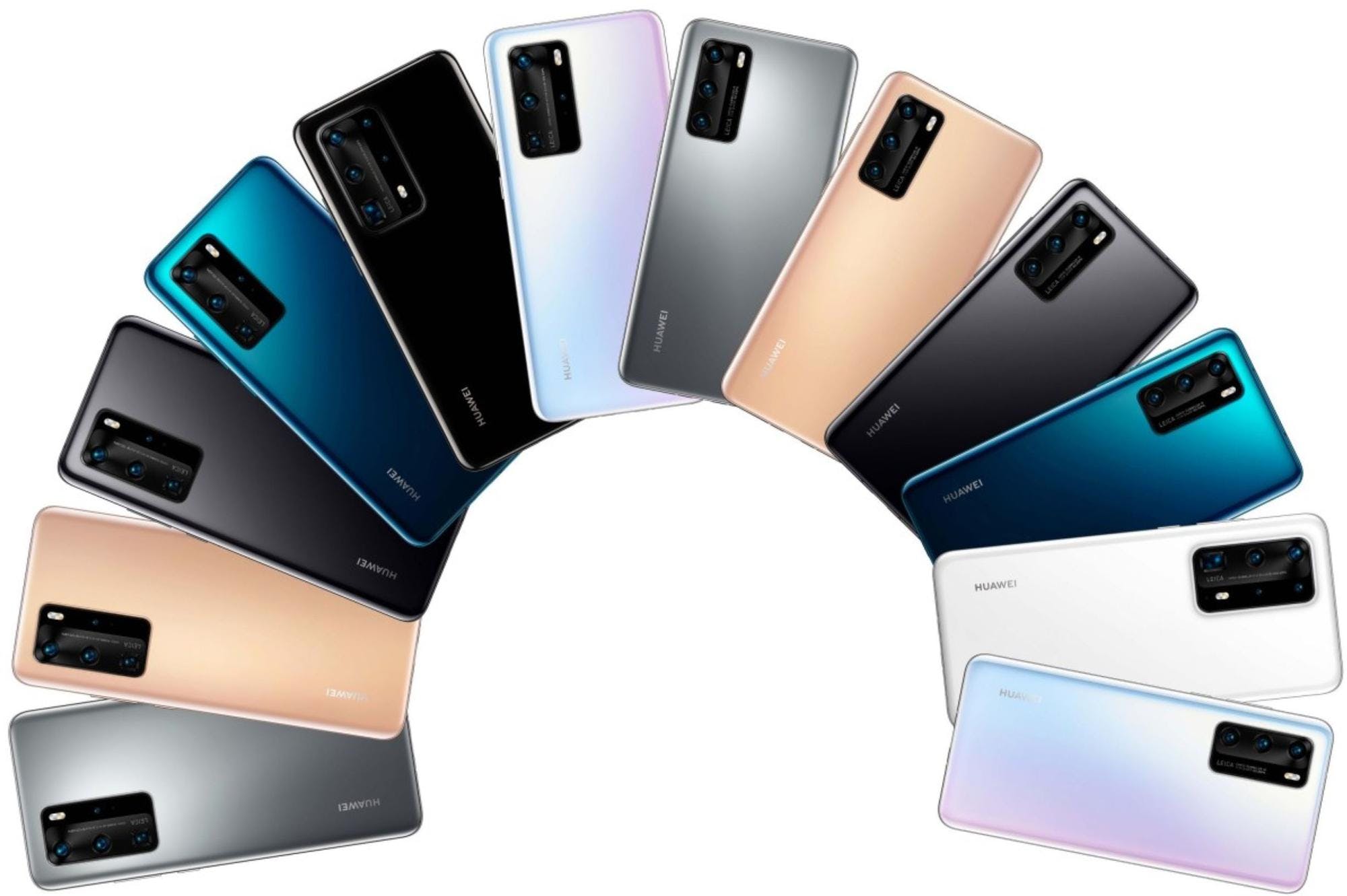 All three models will be presented in three finishes: glass, ceramic and vegan leather. Last year, the P30 Pro had a sustainable leather variant which came out later in the year, while this year Huawei are offering extended design finishes at the release.

Visual design differences have also tipped for the P40 model. Huawei are most likely going to flat out the screen on the P40 and make the edges less curved. However, according to renders (by Evan Blass), the Pro models might feature a curved screen. Our only reservation is that we hope that it will not be identical to the Mate 30 waterfall display, as this is more impractical.

What Specifications Will the Huawei P40 Series Have?

We hope to see high-resolution displays from Huawei in 2020, so Huawei might level up their display quality and feature QHD+ on the P40 Pro Premium model at least, as P30 quality panels will not make the cut in 2020. Whether Huawei will up screen refresh rates, this is unclear- we will have to wait until the 26th of March to find out.

The trio will be powered by the latest generation of all-in-one 5G Kirin 990 system-on-chip with increased RAM (most likely up to 12GB). Battery capacities have not leaked yet, so we can only hope that Huawei will be generous. 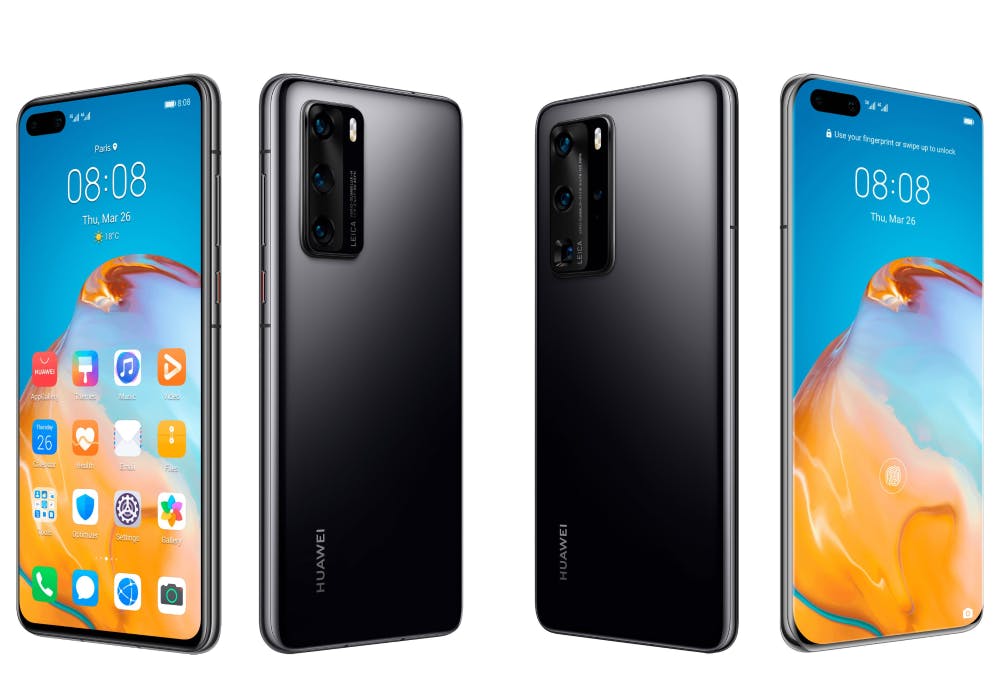 Will the Huawei P40 Series Have the Best Cameras in 2020?

The flagship series will have some noticeable camera setup differences, so it will be easier for consumers to pick the right model. The standard P40 will feature three rear cameras, the quad-camera layout will be featured on the P40 Pro, and the P40 Pro Premium will boast a penta-camera setup.

The most interesting camera setup is obviously secured for the P40 Pro Premium. Rumours suggest that there will be two zoom lenses- one capable of 10x optical zoom with 240mm focal length, and the second one with 3x zoom. 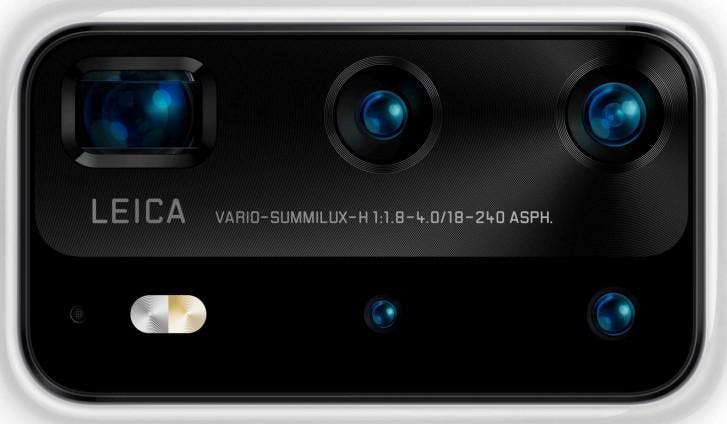 The main camera on the P40 Pro Premium is going to be a custom-made 52MP Sony RYYB sensor with pixel binning capabilities. In terms of size, it will be bigger than the 108MP sensor on the S20 Ultra. Leaks tipped that the ultra-wide camera module will be borrowed from the Honor V30 which is a 40MP Sony IMX650 1/1.5” sensor. For a more accurate colour temperature, Huawei is adding a separate sensor and a 3D ToF sensor to aid with the depth sensing. All of this is to say that new records in smartphone photography are to be expected.

Speaking of P40 Pro cameras, the main and ultra-wide lenses will be identical to the P40 Pro Premium model and a 5x zoom at 125mm focal length will be thrown in the mix.

There are not many details about camera setup, but we have heard that a 52MP sensor will make its way to the back of the P40, coupled with an ultra-wide angle sensor and a 3x telephoto camera.

In terms of front-facing cameras, there is a high chance that the P30 series was the last generation to come with a notch. Latest renders suggest a dual punch hole selfie camera. However, we simply cannot ignore various theories making the rounds online suggesting that Huawei might be working on ways to keep its selfie camera under the screen. We will be keeping our fingers crossed for Huawei to wave goodbye to notched bezels and skip pop-up cameras all together and take the lead with in-screen cameras.

How Much Will the Huawei P40 Series Cost?

Early price details have surfaced online, which suggest that they are going to be high, to no one’s surprise. Pricing will depend on storage configurations as most lineups do these days.

We are yet to find out what software the P40 series will be running on, but Huawei should not expect European customers to fork out £1000 for a smartphone that will not have Google services. Many Android users rely on these services daily, so it would be difficult to imagine adapting to alternatives instead. However, these are our speculations and everything mentioned above is not official information to go by. As a hardware unit, the Huawei P40 series will be impressive and could get on the list of the best smartphones of 2020, however only time will tell whether they will be flying off the shelves.