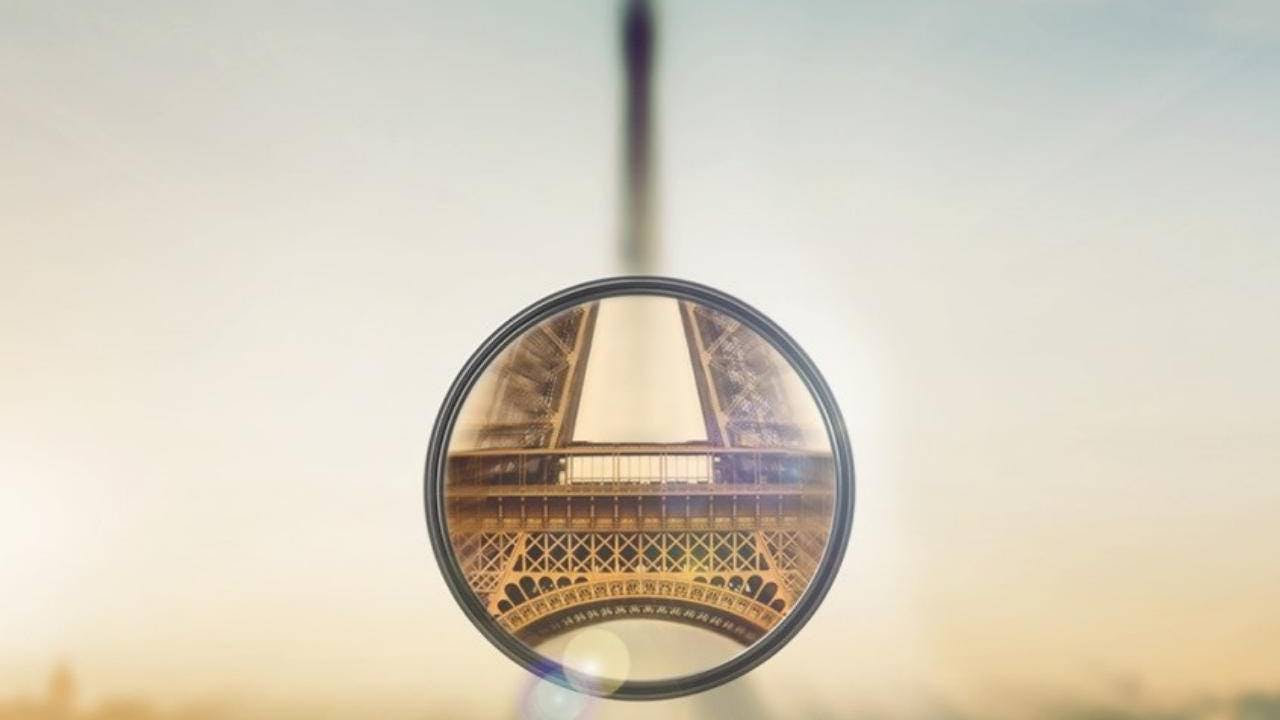 Huawei had a pretty good 2018 – the Huawei P20 and P20 Pro were universally popular and really helped push the Huawei brand to new heights. However, the tail-end of 2018 and the entirety of 2019 so-far has seen Huawei bogged down in scandal after scandal. Top executives imprisoned, governments falling over themselves to ‘ban’ Huawei technologies within their own procurement cycles due to an unproven fear that Huawei is being duped by the Chinese intelligence community.

Under this austere landscape, the P30 will be born and it could literally make or break Huawei as a flagship premium handset manufacturer outside of China and the developing South Asian marketplace. So, let’s find out what the hype is surrounding the P-range Huawei flagship devices and what we can expect if the rumours are true?

What Are The Main Rumours?

Thanks to Slashleaks, we now know a great deal about the design and display aesthetics that the Huawei P30 and P30 Pro will imbue. It looks like the P30 and P30 Pro will follow the Huawei Mate Pro 20. The P30 series will incorporate the so-called 'waterdrop' notch – a smaller footprint notch design that looks like a droplet of water from the centre of the top-end of the screen. This waterdrop notch, as the leaks and renders seem to indicate, will play a big part in the overall design aesthetics of the handset.

On the reverse side, the handset will have a vertically-arranged array of camera lenses that will incorporate the hopefully ground-breaking Sony-powered 2019 Huawei P30 range camera technology.

The leaked images seem to indicate that the fingerprint sensor has also been changed – with the bezel becoming narrower and thus the P20 / P20 Pro’s home button finger print scanner has been removed entirely and it hasn’t been placed on the rear. This means that Huawei is following LG and Samsung’s lead by introducing Huawei users to in-screen fingerprint sensor technology. Not much is known about what approach they have taken, unlike Samsung’s innovative and already announced technology – Ultrasonic in-screen sensors. 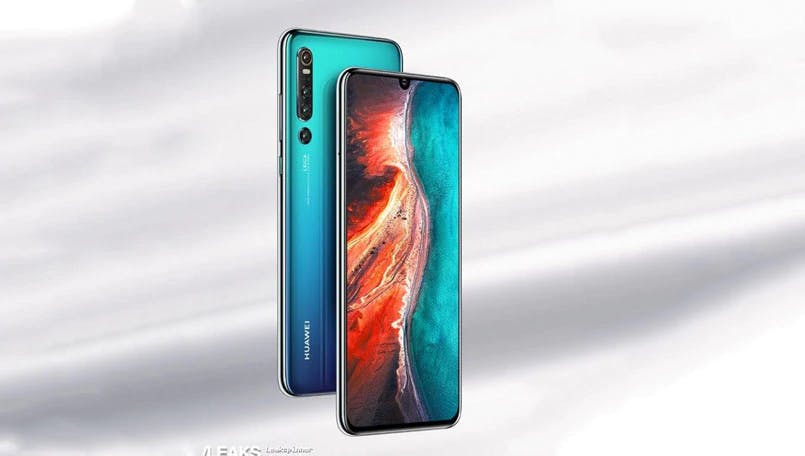 In terms of design finish, there isn’t much to go on in the wild – some argue, like Pocket Lint, that they could continue the Mate 20 and P20 Pro design style and use high-end premium glass and metal design styles for the Huawei P30 and P30 Pro flagship handsets.

In terms of technology, the P20 Pro utilised OLED technology and the removal of the fingerprint sensors in the bezel (and lack of on the rear) mean OLED displays are mandatory for in-screen fingerprint tech. So, we can guess with some confidence that both the P30 and P30 Pro will ship with OLED panels and in-display fingerprint sensors. 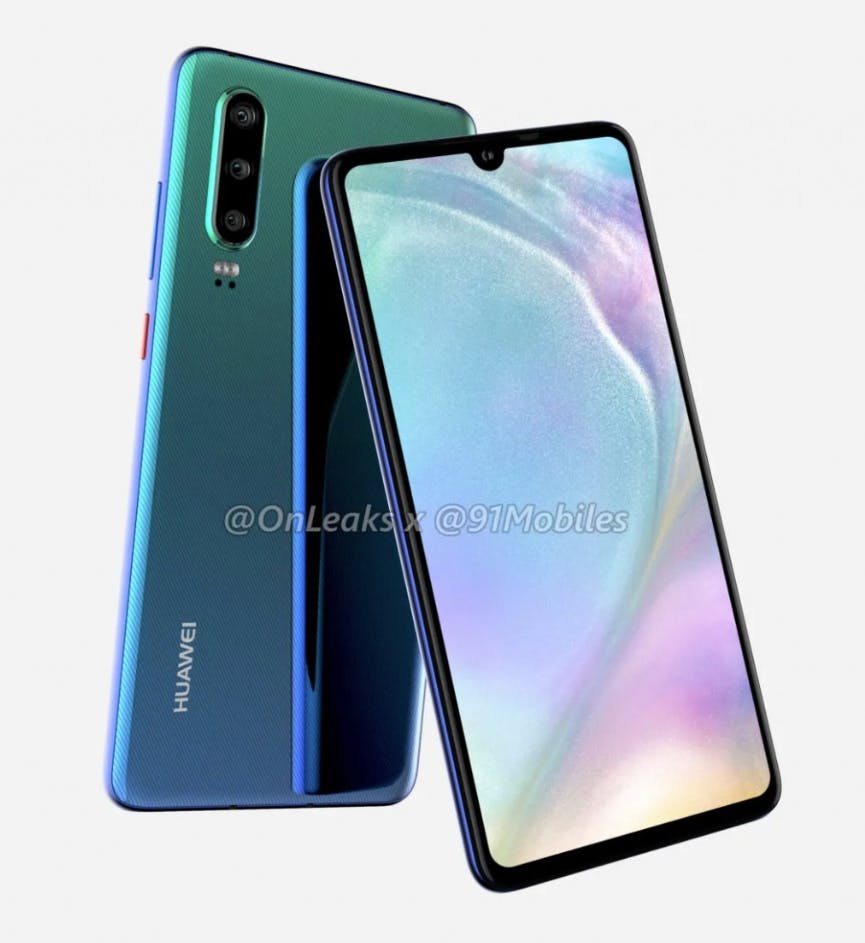 The camera technology will also see a major upgrade. The Huawei P30 will include a now-standard triple lens sensor array whilst the P30 Pro will stake a claim with a Quad-array camera configuration. The details on sensor technology is incredibly thin on the ground. However, thanks to GSMarena we do know now that the Huawei P30 Pro will come with Sony’s game-changing 38MP IMX607 image processing sensor technology. If this is the case, the continuation of the Leica lenses partnership with Huawei, along with the Sony sensor array could prove to be a brilliant partnership. Perhaps, one that could lead to 2019’s best smartphone camera experience. 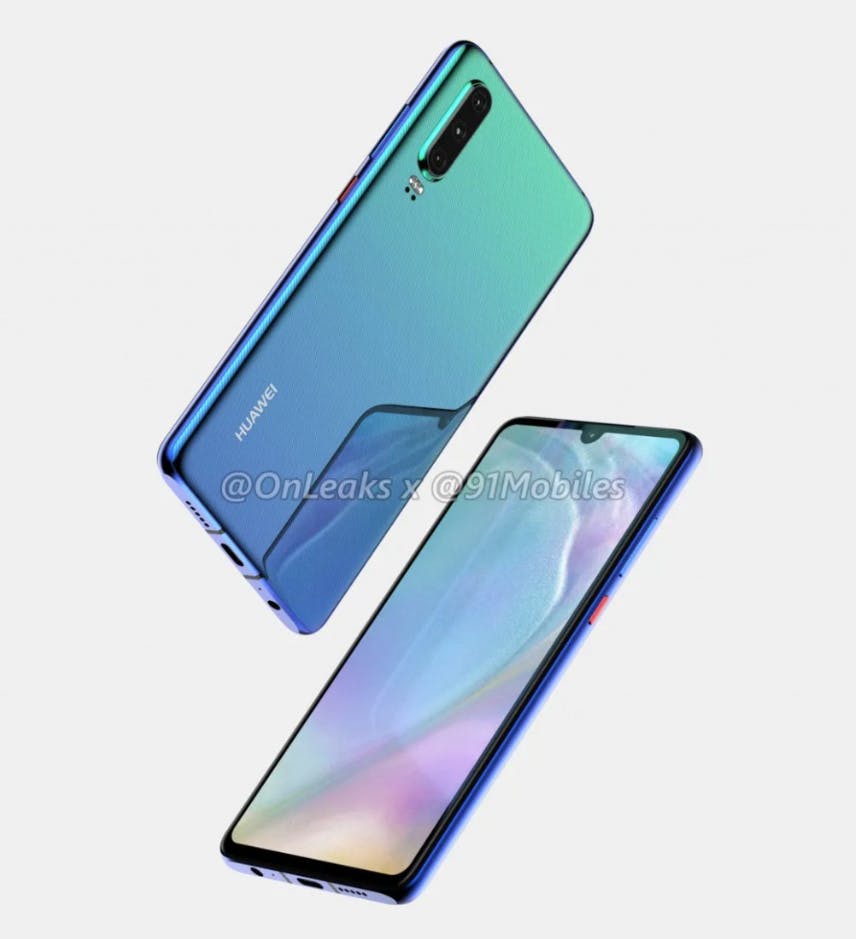 What Do We Know About Specs?

Huawei are wedded to the Kirin processor chipset technology. They are sound bedfellows too. The rumours are the Huawei P30 will incorporate the Kirin 980 chipset (which is already utilised by the Mate 20 handset). The general specs, leaked by Pocket Lint, seem to suggest the following specs:

The P20 and P20 Pro didn’t really go down the wireless charging route – which did surprise some of the popular gadget websites and the reviews themselves point to this lack of wireless charging capacity. It is yet to be leaked that the P30 or P30 Pro will be wireless charge ready and potentially will feature the Reverse Charging capabilites. We're yet to discover if the P30 and P30 Pro will be 5G ready. But given the tendency P series house previous generation chipsets, we think that 5G capabilities will come with Mate 30 later this autumn.

From a software perspective, it will come with Android 9.0 Pie – that’s a 2019 flagship certainty. However, we don’t know what, if any, changes Huawei have made to their progressive EMUI user interface technology.

When Will It Be Released?

The P30 and P30 Pro are set to be unveiled in Paris on March 26th – Huawei confirmed in a tweet. Teaser video hints at 10x hybrid zoom? What other hints did you spot?

In terms of release timetables, the P20 and P20 Pro were announced at the tail end of March 2018 and went on sale April 6th in the UK. Therefore, there is precedence that P30 series will start retailing a week after the launch event. However, the company have a 24th of February event, 24-hours before Mobile World Congress gets going in Barcelona, in which the mobile tech community believes Huawei's foldable phone can be showcased and potentially more news will be shared about P30 duo specs.

In terms of price point, the Huawei P20 came in at £599 whilst the P20 Pro launched at £799. If they follow these price points, they could beat the Samsung Galaxy S10 and S10 Plus (and most definitely the Galaxy X by all accounts). Therefore, we will have to see what price structure the company unveils at launch event in Paris.