Have a clear out and make some cash!

It’s easy to hold onto things you don’t need anymore, throwing an old phone in a box or leaving old jewellery you’ll never wear in a drawer keeps things tidied away neatly but it makes more sense to get cash for those things you don’t really need! Using a recycler you can get rid of loads of stuff that’s just cluttering up your house and get some cash too, depending on what you have you could be sitting on hundreds of pounds of unwanted stuff!

Selling any old mobile phones is a quick and easy way to get some extra cash for those summer holidays and if you’ve only just upgraded there’s a chance you old phone could still get a great price! iPhones are generally the most valuable and models a couple of years old still often get well over £100, not bad if all its doing right now is sitting unused. Other popular models such as the Samsung Galaxy S series have held their value well too but no matter which phones you have laying around it makes sense to send it off to a recycler rather than let it gather dust. Use our search to find a price.

While you’re most likely to have an old mobile laying around there are plenty other similar items you can sell to a recycler. Digital cameras, iPads and tablets, iPods and MP3 players, sat navs, games consoles and even smartwatches are all being bought by recyclers so take a look at the categories we compare and see if you’ve got anything at home you could sell.

The great thing about gold is that even if the piece of jewellery isn’t particularly attractive or desirable the actual metal is still worth something! Sending your gold off to a gold buyer is a really quick and easy way to get cash quickly for jewellery that you’d otherwise never wear. You may think that selling it isn’t worth the effort buy by using a gold buyer the process is made so simple that it’s always worth it, you just order a pack and post off the jewellery then wait to hear what it is worth. It takes hardly any time at all so head over to our gold buyer comparison and find a company to send your jewellery off to.

Films, boxsets, albums and games don’t last long at the best of times, once you’ve watched or played them a few times you’ll often put them on a shelf or in the back of a cupboard never to be seen again. With the massive increase in digital downloads and streaming these old discs are less useful than ever so instead of sitting on hundreds of Blu-Rays, DVDs, CDs and Xbox, Playstation and Nintendo games why not see how much they’re worth and send them off to get cash! Take a look at our CDs, DVDs and Games page to see where you can sell. 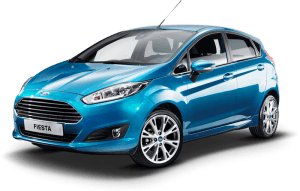 You’re much less likely to have a car sitting around but if you’ve recently changed vehicle or just want to sell up then using a car buyer is a really quick and easy way to do it. Just enter your details to find out how much its worth and then arrange and appointment to sell. You can usually get more money by going privately but instead of spending money on ads and waiting for a buyer to appear why not use a company who is willing to give you cash and quickly as possible? Take a look at our car buyer comparison page for details.