Google Have Pulled Huawei's Android License: What Does This Mean for You? Resale Prices and Going Forward 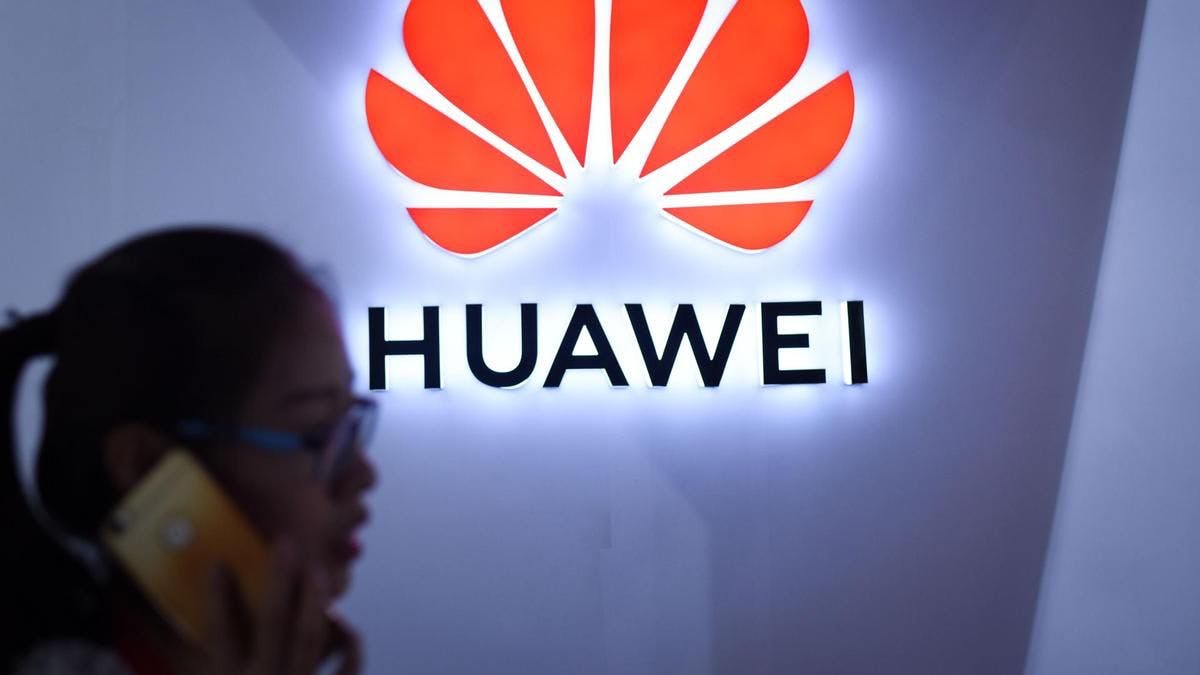 Many Huawei consumers have been wondering if they will need to get a different smartphone model given that Google have pulled Huawei's Android License. We will clear a few things up to answer any questions that you may have.

The United States' (US) administration have repeatedly claimed that Huawei (and many other Chinese technology organisations) pose a threat to national security. Ultimately, escalating trade disputes, questionable human rights abuses through surveillance and China's growing defence capabilities have fractured relations between the two giants. This has since escalated to adding Huawei to the U.S. Commerce Department's "entity list," which now makes it extremely challenging for Huawei to make any deals with US companies.

Google have previously worked with Huawei on multiple occasions with past and present devices, however they are now obligated to follow this US court order to stop providing technical support for Android and Google services on the grounds that Huawei is deemed to pose a threat to national security.

What About China-UK Relations?

Domestically, our government appear to be less concerned, with plans currently going ahead to involve Huawei in building a 5G infrastructure for the United Kingdom (UK). These are not core components of the internet infrastructure, but the potential involvement of Huawei has been met with a huge amount of political criticism, resulting in the sacking of defence secretary Gavin Williamson.

This does not correspond with trade relationships between the UK and China as the companies that are prevented from working with Huawei are from the US or other countries. Australia, New Zealand, Vietnam and Japan have all followed the US and have banned Huawei from working on public and critical networks.

What About My Current Device?

If you have already bought a Huawei device, then you should not need to worry. Google will still be supporting the Play store and App security through updates for the foreseeable future. This license has only been revoked for future phones.

Manufacturers generally stop updating phones with functionality updates after a couple years, however preferred manufacturers make security patches up to three years from the device's release date. This is not out of line with industry practices anyway, and your current phone will only get updated for a specified length of time.

The Huawei P30 was only released in March, and Huawei phones are only going to be subject to security and software updates for 90 days from the licence withdrawal ending on August 19th.

Any new device should enjoy 2 years minimum security updates so to only have 5 months total of updates for the P30 is totally unacceptable.

Huawei are skirting around the issues on their Twitter stream, so we are still waiting for a solid answer on security, OS updates and features, especially for the P30 series.

What protection do I have from the Networks?

If you bought your phone over contract you will have some additional protections. Some of the networks do not have an official statement, however you will still be protected under the two year manufacturer warranty and if you have only just received the device you will (and we'd suggest) be able to enact the "cooling off period" and change device.

Three mobile are being very loose with their definition of "using the device the way you intended", in their support pages) so it looks like their intention is to help their disgruntled customers. Kudos Three. 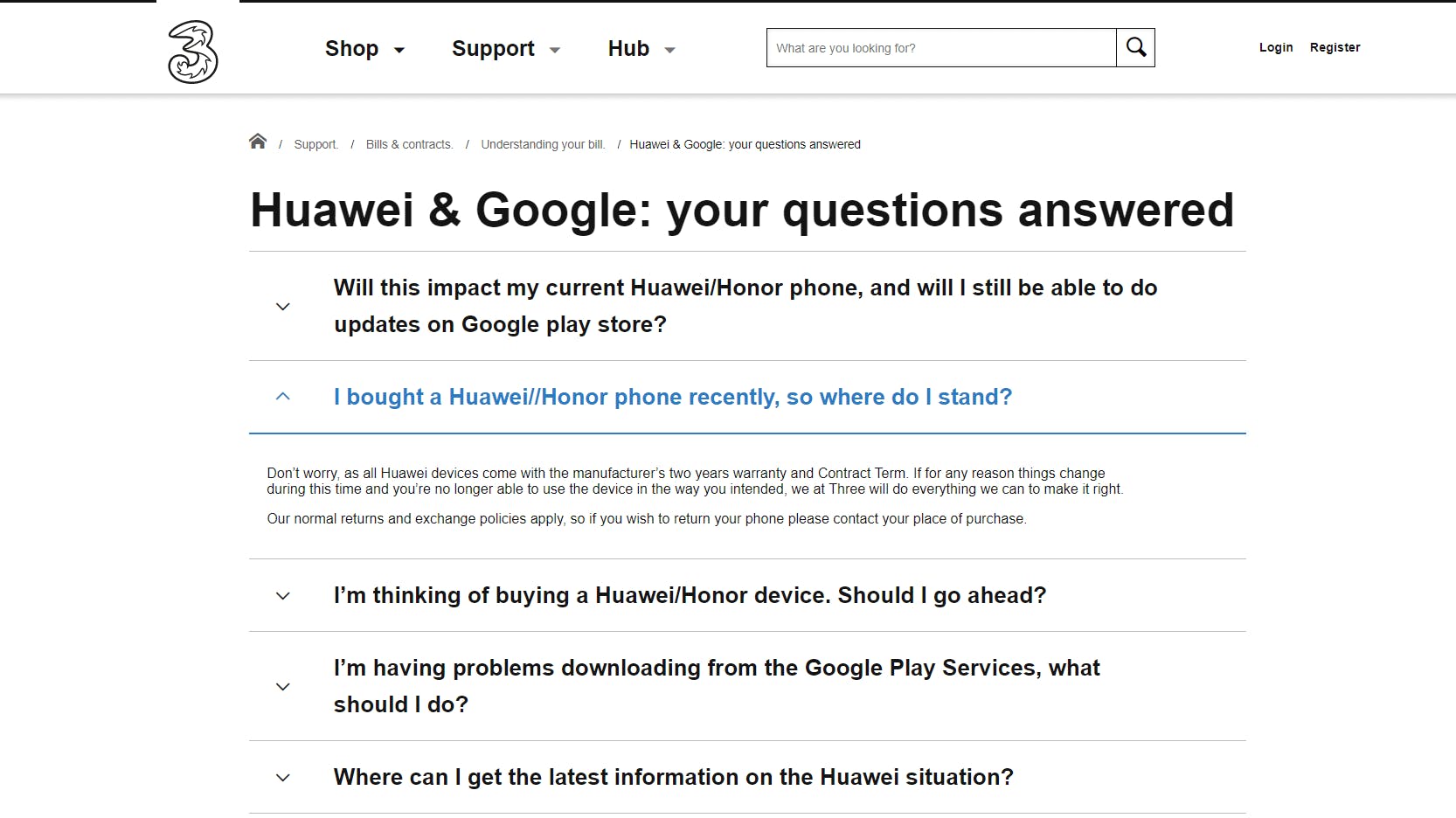 Should I sell my Huawei Now?

If you have one of the highly regarded flagship devices that Huawei has released in the last couple years, then you are in for a big shock as resale prices have plummeted over 70% since release.

We list over 30 recyclers and at time of writing there are only a select few retailers that are offering prices at all, and these are well below market value for a device that was only released in March.

If you have a Huawei device, don't sell it off until more information has been released, there is no value in selling your old device now and the tech inside the latest P30 Pro and P20 devices.

The recyclers are likely to be making a quick bit of cash on the uncertainty, as we have seen the prices drop dramatically, but people are obviously concerned as we have seen a 300% increase on visitors selling their Huawei devices in the week following the news.

We have seen that the recyclers are offering much lower prices, this should seem like a time to grab a bargain, but you'd be incorrect as the prices for refurbished and new devices hasn't subsided at all.

I Was Planning to Buy a Huawei Device, What Should I Do?

The most popular Google apps, such as YouTube, Gmail and Chrome will disappear from future Huawei handsets as those services are not covered by the open source license and will therefore require a commercial agreement with Google, which they are currently not allowed to do.

Avoid buying a new Huawei device right now until the USA have worked through discussions with Huawei, with talks happening over the next 90 days. 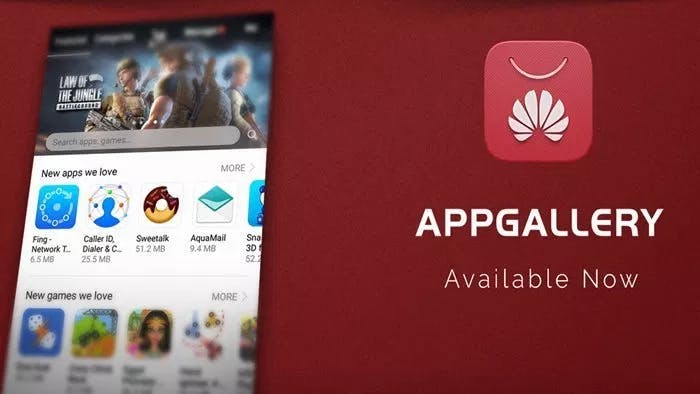 This not only affects Google, but many other American companies as well. US companies have been forced to hold off on any commercial agreements, which creates ripples down the supply chain for companies in the US that supply Huawei with components. With Intel and Qualcomm joining Google in cutting ties with Huawei, it seems as though Huawei phones will have to be limited to certain suppliers. They currently use Singapore based chip brand Kirin which is convenient, but for future developments, this may have a huge impact on Huawei's progress within the global smartphone market.

Will Huawei Devices Be Cheaper Now?

The bargain hunters among us will be looking at this and considering how to get a flagship smartphone for cheap. There is no denying that the P-Series have outstanding specifications. If you are comfortable with rooting a device and setting up custom launchers, then a Huawei smartphone could be viable option for you.

Will This Be the End of Huawei?

China is still a huge market, and like we mentioned, there is going to be very little change to the functionality that the average Chinese consumer experiences currently. However, this will be a significant blow to Huawei's endeavour to conquer western markets, and how this plays out politically will be interesting to observe. Despite all of these challenges, we do not believe that Huawei will fail anytime soon.