With the release of the new Pixel, we analyse Google's device specific environmental reports, what steps they are taking to make their devices more sustainable and what they predict the total greenhouse gas emissions will be over the lifetime of the Pixel device.

We commend Apple for their timely release of their product environmental reports, and even though they aren’t always up to the standard of keeping the total emissions down, they are making steps when it comes to supply chain, facility management and most importantly, transparency. Whereas Samsung and many of the other phone manufacturers, provide little to no data about the environmental cost of creating and using a smartphone.

We should hold Google to a higher standard, as they are a big player and they market themselves as a more socially conscious company, so their environmental commitments across their whole product range should be heavily scrutinised.

Unlike the later products, specific product environmental reports have not been released. That’s not to say that they haven’t always tried to optimise their processes, in fact they have recorded their efficiencies as far back as 2007. But it is only recently that companies are taking a more granular approach at the product level, making sure that all their supply chains are also compliant with their increasing environmental standards.

Because we don't have data for the first Pixel, we can only include specific product data from the Pixel 2 onwards. The following is a graph that shows all the Pixel phones (up to the Pixel 4 as no environmental report has been released at time of publishing). You can find all the Google Sustainability reports here. 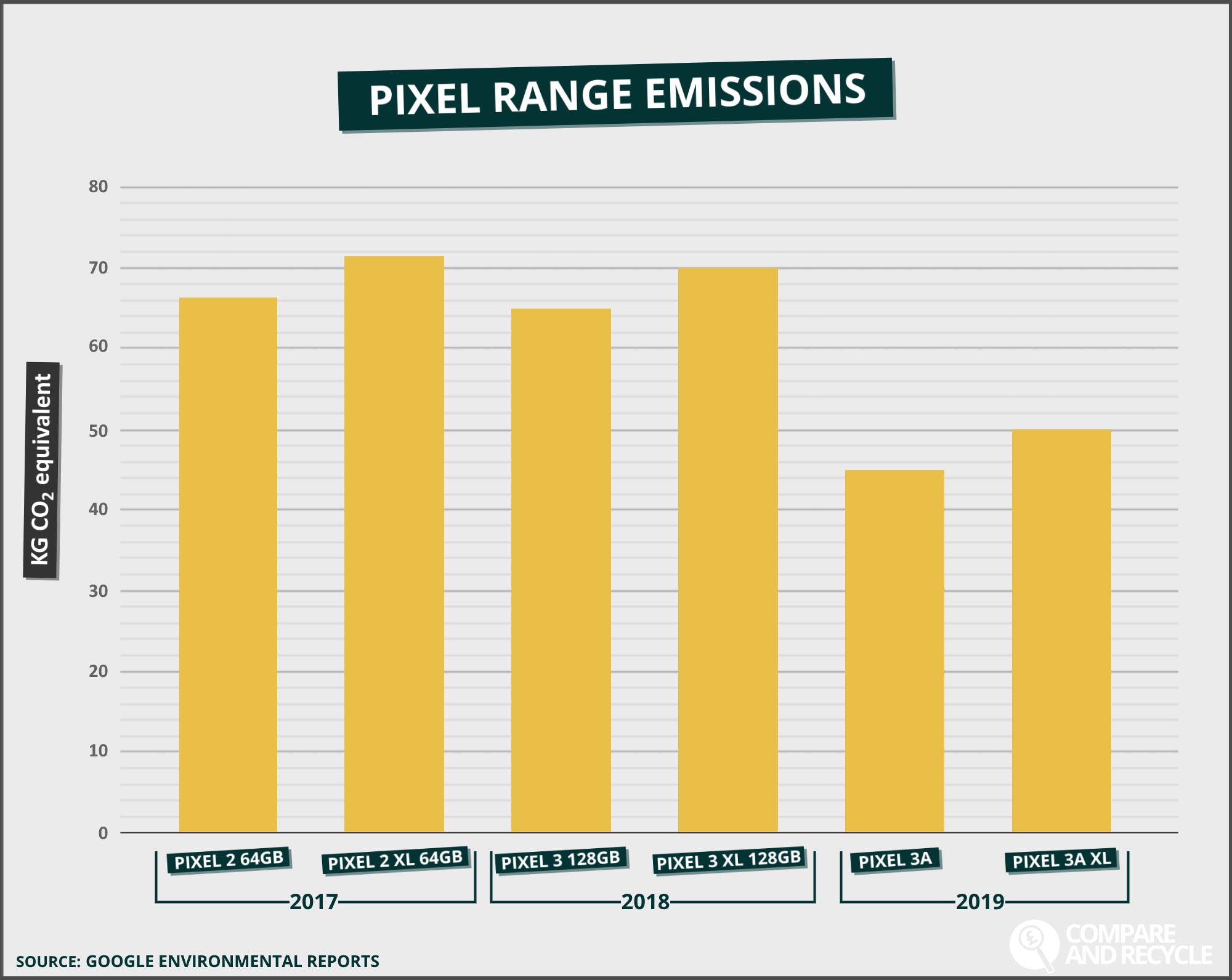 Registered with the EPEAT silver award for sustainability, the Pixel 2 was a positive step for the Search Engine giant, providing more detail about the key features that reduce the devices impact on the environment. These include a mercury free display, arsenic free glass and PVC free. They have voluntarily reduced the usage of these substances as well as meeting global regulations to restrict the use of harmful substances such as cadmium, hexavalent chromium, polybrominated biphenyls and many more.

With 66.4kg total emissions over the three-year life cycle, the Pixel 2 has emissions lower than 75% of released iPhones.

The Pixel 2 XL is expected to emit 71.5KG over the course of its three-year lifecycle, the same three-year lifecycle as Apple expect from their products. So seeing the XL model have a much lower emissions than the Plus models of iPhone is really encouraging.

With the Pixel 3 and the Pixel 3 XL, Google supposedly improved their operations to get the gold EPEAT rating. We have discussed our concern of the United States sustainability certification and there are very minimal changes from the Pixel 2 to Pixel 3 from the surface point of view. iFixit also considering the Pixel 3 range as less repairable than the Pixel 2 is and, in our opinion, Pixel 3 isn't worthy of the upgrade to the Gold rating.

The Pixel 3a is another Gold rated device, with total emissions of 45KG. To put that into perspective, only the iPhone SE from 2016 has a lifetime carbon emission as low as that. The Pixel 3A would be one of our serious contenders as one of the most environmentally friendly smartphones available today if it was built with some durability and repairability in mind. It has no IP rating and the inconsiderate placement of the internal ribbons make repair that much more hazardous. 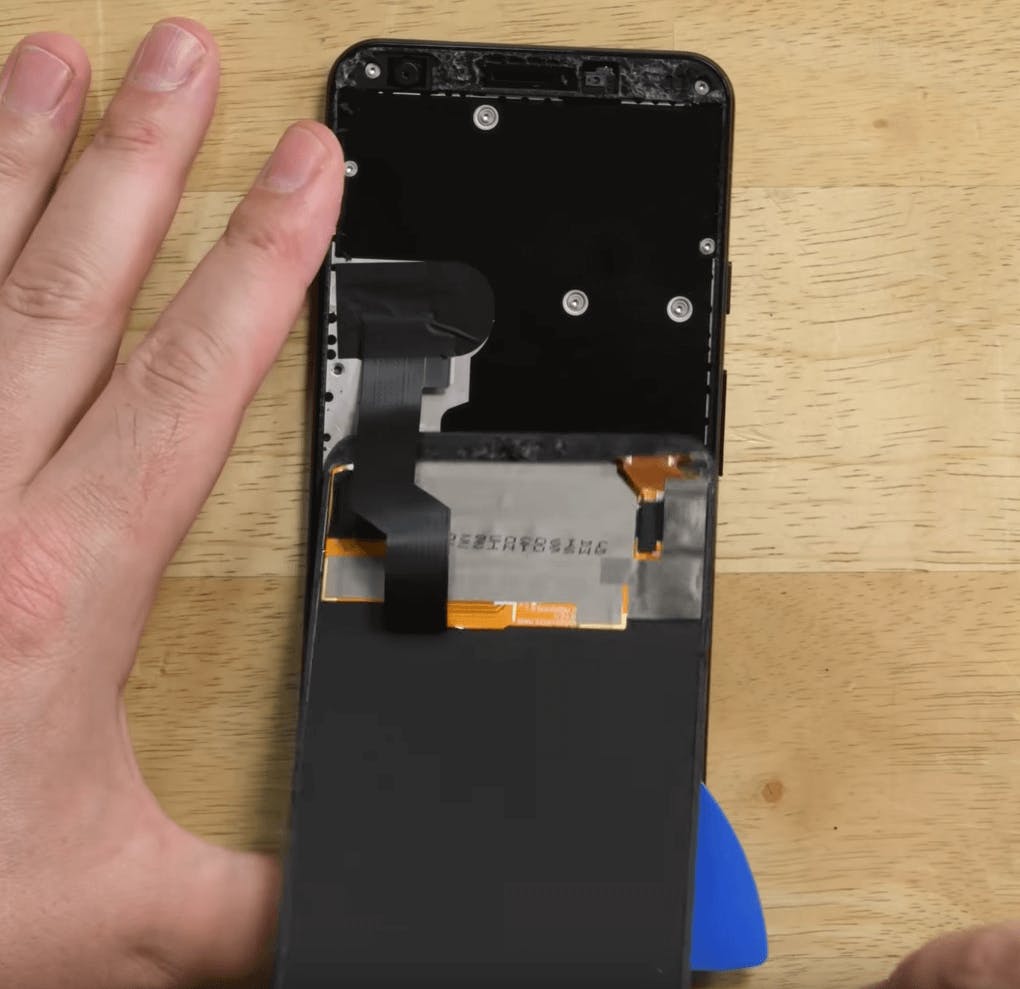 Sustainability was a massive focus at the Pixel 4 event, with Google promising $150 million on renewable energy projects and detailed the developments they’ve made in their NEST products. However, very little was mentioned in regard to the environmentally friendly aspects of the Pixel 4.

As environmentally conscious consumers, we would have liked this information on the release, to be able to make a decision based on the environmental impact of a new device. Here’s hoping the report gets released soon. We are keen to take a read.

For real change, companies like Google, need to start publishing these stats along with the specifications of the device.