Five Scariest Facts About Your Smartphone 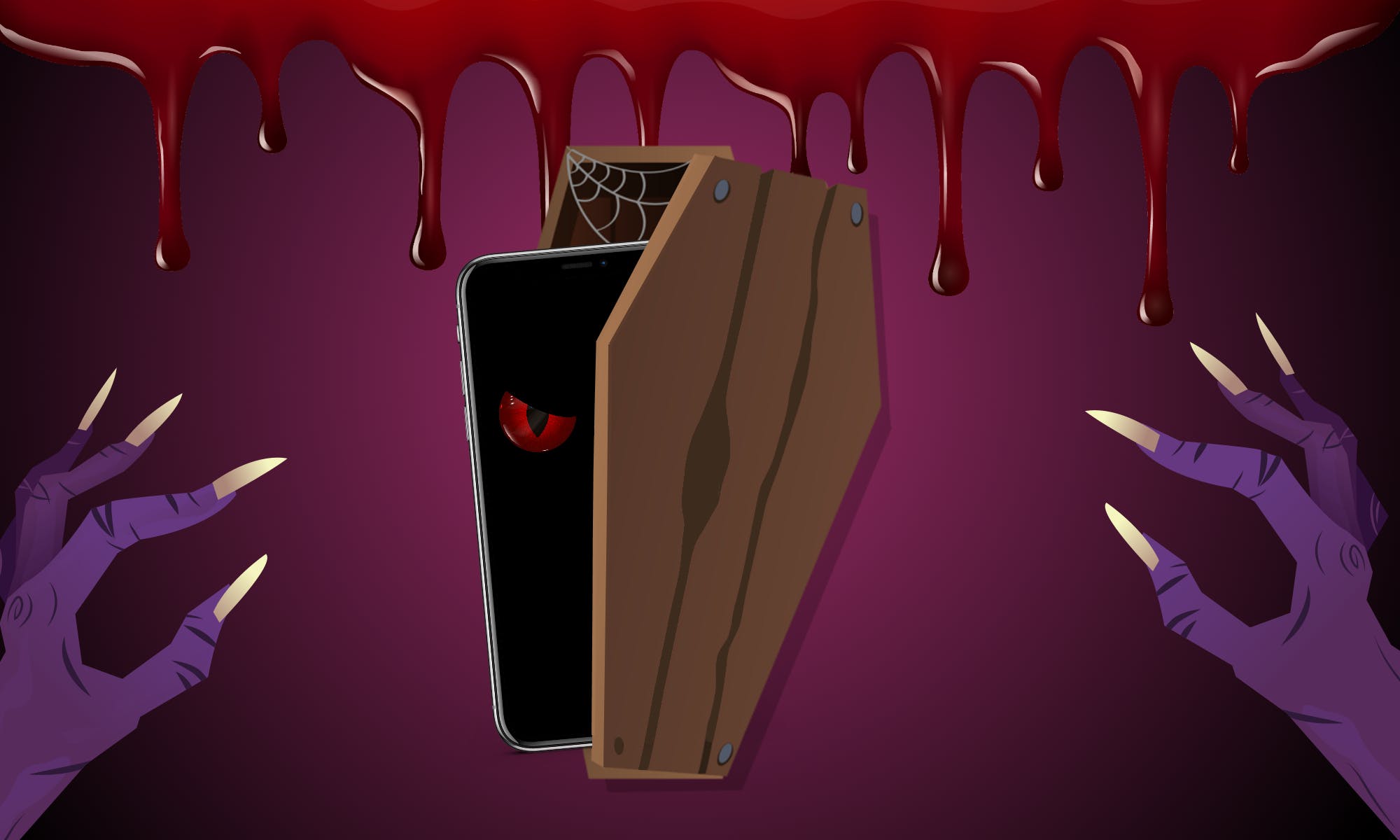 It's Halloween, that time of year when we think about what scares us. We might not normally consider the mundane objects of our everyday lives to be as scary as the Halloween creatures that haunt us each year, however, we would argue that they can be just as frightening as the paranormal, if not more. The objects that we are referring to, are of course, smartphones.

If you don’t think smartphones are scary, you probably haven’t yet learned what they are capable of or how they affect how we think and behave. We’ve picked out 5 scary facts about smartphones that will make your flesh crawl.

According to Deloitte’s UK Mobile Consumer Survey 2018, smartphone ownership is on the rise. 87% of their survey’s respondents reported that they have access to a mobile phone (or own one). As of 2018, the total number of mobile subscription accounts in the UK went up to 80.7 million. This increasing number of people with access to smartphones has an array of benefits, including ease of communication with others, internet access, entertainment, education and much more. However, in the same research, Deloitte also found that the average smartphone user touches their smartphone around 2,617 times a day. We always keep our phones within reach, and we take them wherever we go, even to the toilet. This is the reason why 100,000 mobile phones are dropped down the toilet in Britain every year. Statistics also show that 1 out of every 10 people check their phones as soon as they wake up.

When we use our devices, this tends to be for short sessions of around 1 minute at a time. However, these short sessions combined with longer sessions add up to the UK’s average of 3 hours and 23 minutes of screen time a day. In a lifetime, this adds up to years spent using our phones. 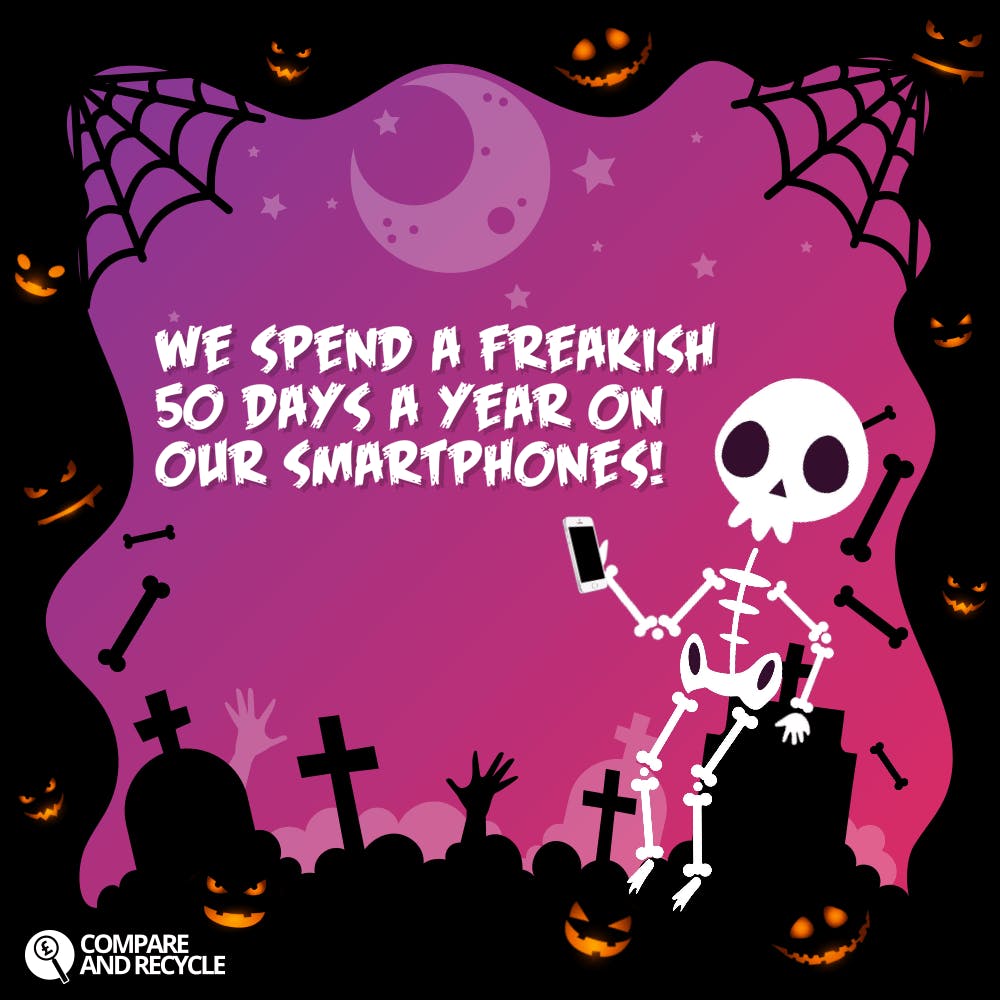 Widespread access to the internet transformed the way that we communicate and how we use our data. According to Ofcom, our calls have become shorter and less frequent as we shift to using online texting services such as Messenger and WhatsApp. The average total of data used annually per person is set to reach 34.8GB in 2019 according to Ofcom findings.

Our smartphone use along with frightening production volumes has reached epidemic levels which is causing a vast array of issues on the earth. In fact, the average British consumer will throw away 24.9KG of e-waste per year, and old phones and devices are contributing to this growing pile of e-waste. Current statistics suggest that we are replacing our phones roughly every 27.7 months, and the average human life expectancy in the UK is 81 years. This means that the average person in the UK will own roughly 30 phones in their lifetime. Every abandoned mobile phone joins the devices that have been left on landfill sites which generates monstrous piles of e-waste around the world. 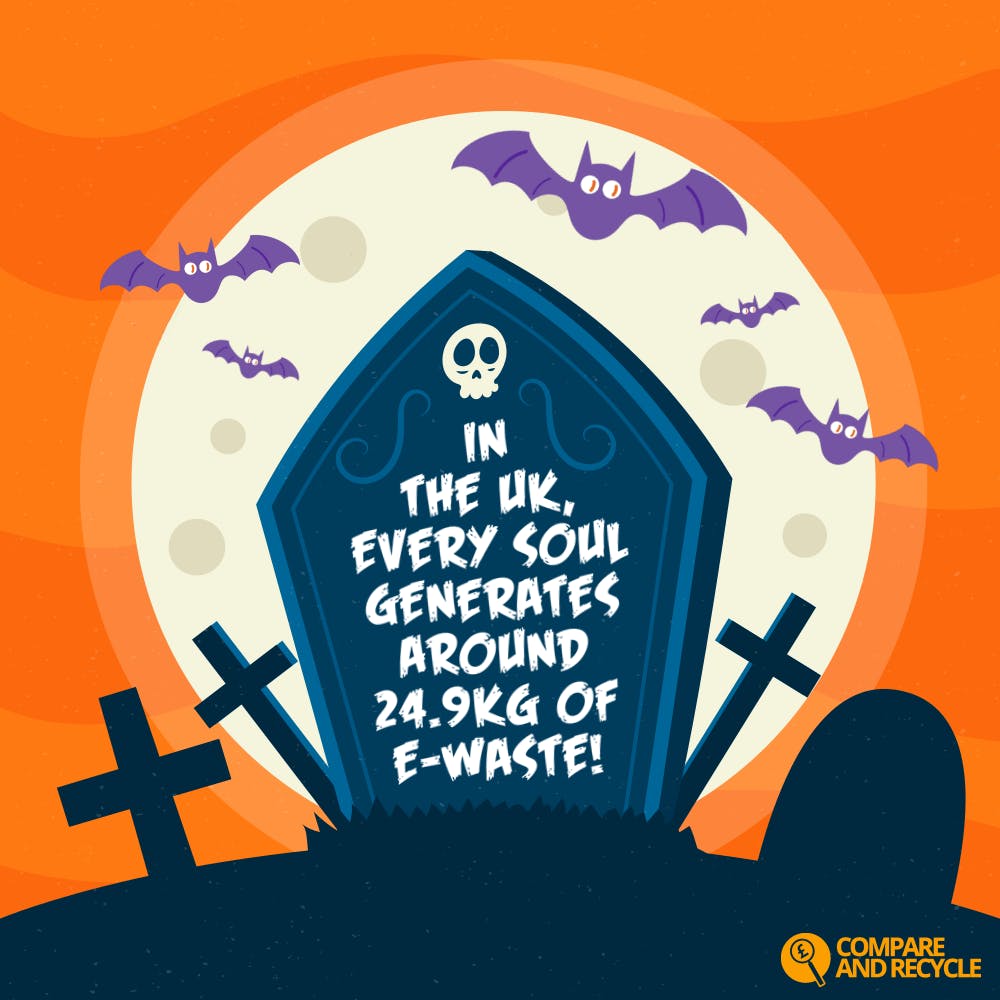 There are 70 or so different elements used to make a smartphone, including rare earth elements, tin and tantalum, and precious metals such as gold and platinum. When disposed of irresponsibly, components such as lead and mercury release toxic elements into the environment and deluge developing countries every year. Such wasteful smartphone afterlife leads to the contamination of large areas around the world which causes a plethora of health issues and continuously poisons the earth.

We know how many times we touch our phones, but do we know how unclean these devices are that we keep so close to our hands and mouths?

The ATP is a measure of the bacteria and contaminants that are found in a given place. It measures adenosine triphosphate (ATP), the universal energy molecule found in all animal, plant, bacteria, yeast and mould cells. A high count, specifically over 200, indicates that there are lots of bacteria yeast or mould on a device. In a test conducted at a secondary school by the CBBC, they found that 100% of the students had a reading of over 200. The presenter of the programme had a score of 699 and the teacher of the class had a huge score of 2458. You can watch the video here. 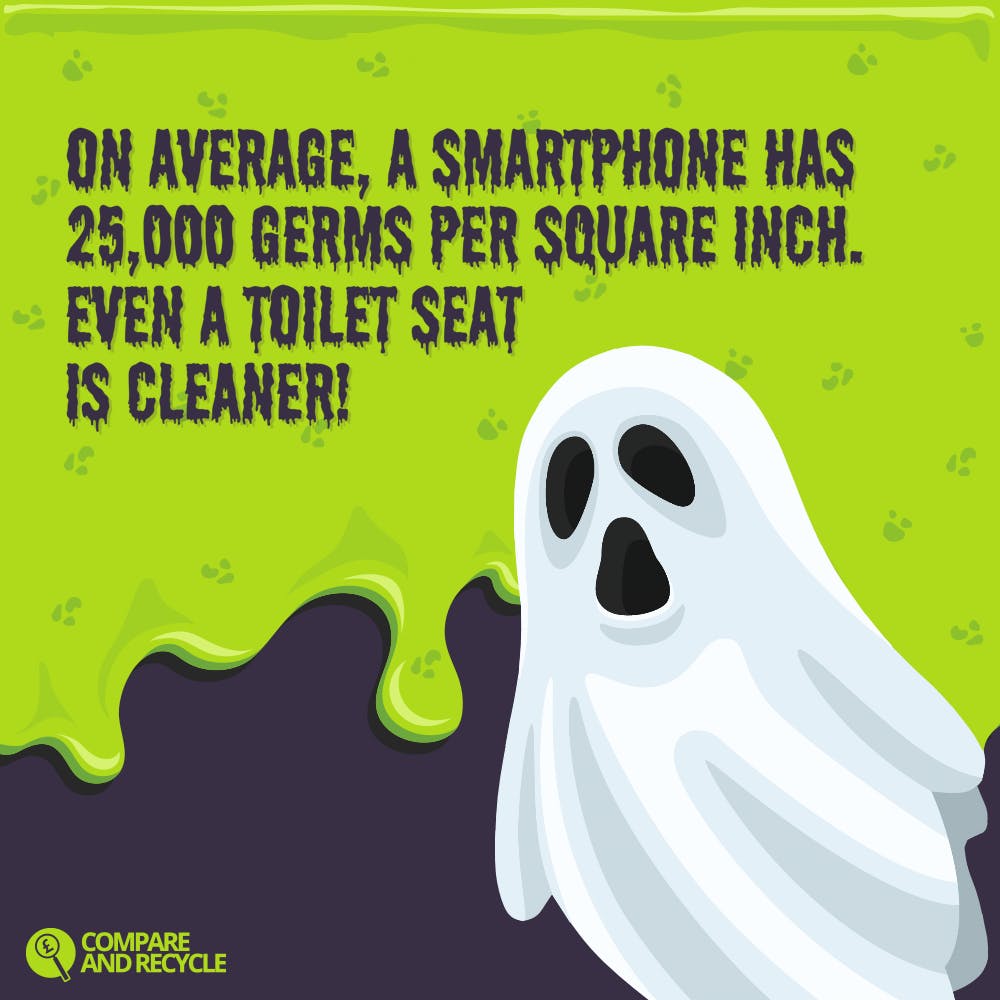 The good news is that not all bacteria is harmful. Generally speaking, humans are not negatively affected by the bacteria that they come into contact with on a daily basis. However, studies have previously found some serious pathogens on our mobile phones, including Streptococcus, MRSA and E. coli. Just having these on your phone increases the likelihood of you becoming ill. Think about that before the next time you are speaking to someone on the phone, and perhaps leave your phone on your table when you go to the toilet.

If you want to clean your device, we would recommend that you use distilled water, a spray bottle, a microfibre cloth, cotton swabs or toothpicks. If you use other cleaning methods, there is a chance that you will damage the device's internal components. Keep your phone away from bleach, harsh solvents and other household cleaning products. You can find a step-by-step guide of how to clean your device here.

Our phones connect us to the internet where we record our deepest secrets, places we have visited and who we have spoken to. It can eerily predict our wants and needs with an accuracy that is growing day by day. 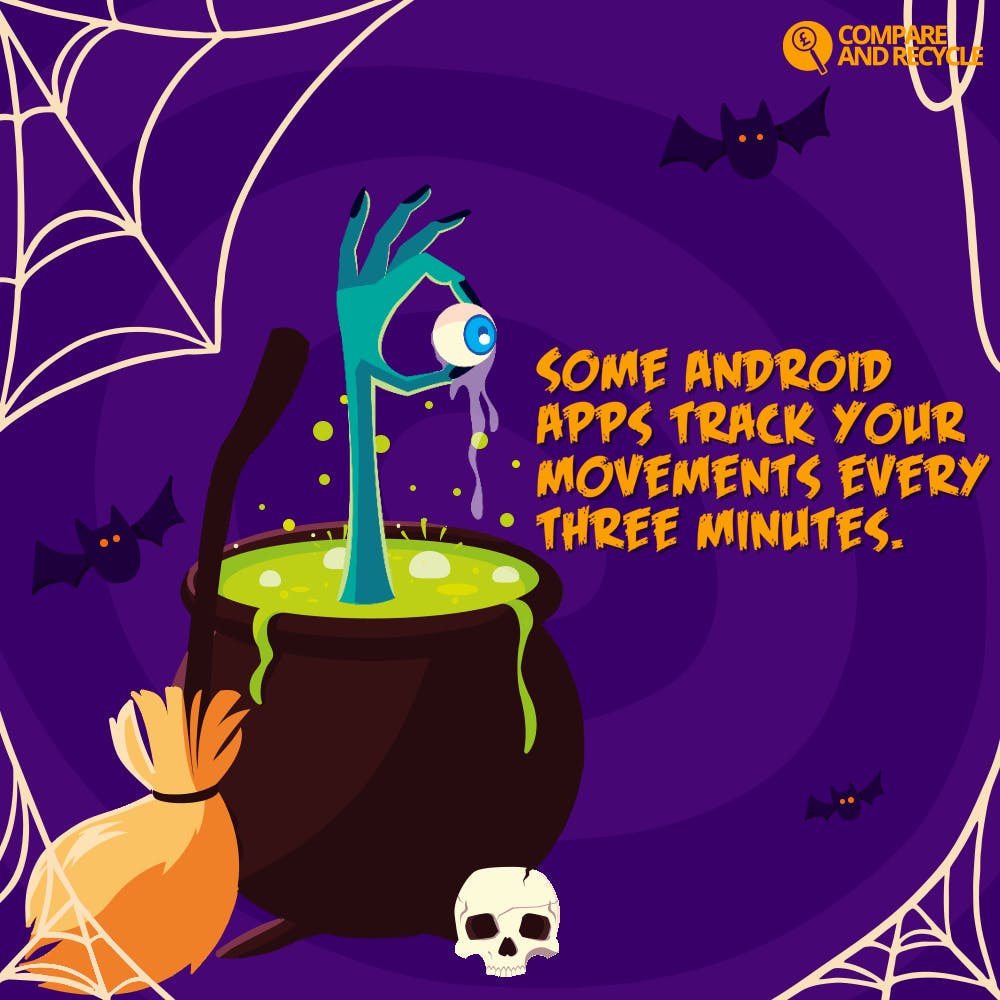 If an app wants to know where you have been, they can ask for your location data. But what if the app wants to access your photos? This is less clear but can be just as revealing. Every photo you take captures the geolocation of where that picture was taken and an application can harvest these with relative ease (you have the option to turn this off in iOS in the location services in the privacy menu).

App permissions are generally a cause for concern for most people. 84% of Deloitte’s survey respondents reported that they were worried about their personal data getting shared with third parties. It goes without saying, many of us do not bother to read the Terms and Conditions. You may give the app permission to use the microphone to record voice memos, but it could also be secretly listening to the TV programmes you watch to help build a consumer profile of you, or worse, your private conversations.

iOS and Android are getting better at applying and reporting on granular app activity, but it is always wise to remember that when giving an app access to your personal information, they are going to use that data to make money, so you should always read the privacy policy before installation if you can.

Our smartphones are constantly vying for our attention with notifications and sounds, which can be very distracting. We are incentivised to respond to these notifications from a variety of sources, including social media networks, shopping, gaming and dating apps to name a few. The frequency that people are picking up their phones throughout the day is concerning. 64% of Deloitte’s respondents reported that they are distracted by their smartphones at work, and a third (29%) who described themselves as over-users of their smartphones take no measures to curb their usage.

Although many of us find using smartphones to be incredibly distracting, some of us have not yet figured out what to do about it, leaving us to the mercy of our demanding devices. If we are completely spellbound by our phones, then the effect of leaving our phones at home for the day or running on low-battery can be anxiety-inducing. The Cambridge Dictionary has even added a definition for “fear or worry at the idea of being without a mobile phone or unable to use it”, which is ‘nomophobia’ (which stands for no-mobile-phone phobia).

Each year, mobile phones are becoming scarily smart, which has also led to an actual diagnosis of another phenomenon known as “smartphone separation anxiety”. This is a term used to describe the stress of not being able to use your phone (for example, if you go to work and accidentally leave your phone at home). The convenience of owning a smartphone is keeping us transfixed and manufacturers are meeting the demand by releasing dozens of phones annually. If all phones sold last year worldwide were to be laid out end to end, they would circle the Earth 5.53 times. However, this comes with a dark side of smartphone addiction and the negative consequences of information overload. 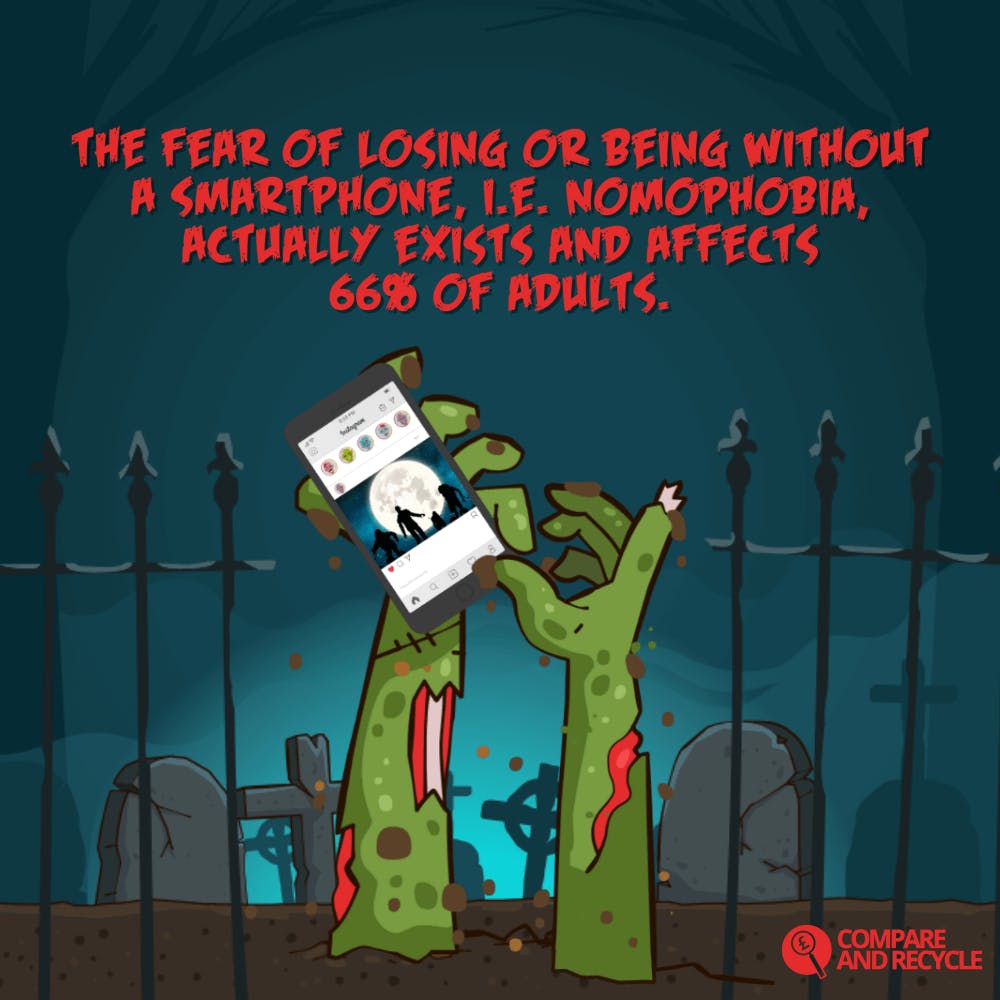 The frightening effects of nomophobia range from high levels of stress and anxiety to depression, loneliness, sleep deprivation and even narcissism. However, this is not something which will make us bury our phones 6 feet under anytime soon. Instead, we ought to be a bit more mindful and keeping your screen-on-time under control can bring balance to your phone-life.