Android 9 is coming to Fairphone 2 five years after release, showing the Android community that updates beyond two years are possible. Here's our thoughts on the matter.

It’s one thing to have a phone that promises environmental and fair trade practices through the whole development and supply chain, but it’s another when you're trying to use that same device two or three years down the line to find it slow, unoptimized and without any security updates. However, Fairphone has just proven that it is possible to keep a phone updated for longer than the standard two year lifecycle. Let us explain:

At the beginning, mobile phones were simple devices that manufacturers could build and forget about. These days, devices require updating and reconfiguring with new system settings and firmware to ensure we can get the most out of networks and software. However, this isn’t compatible with economic principles, and there is very little residual value for manufacturers in keeping a phone updated. You don’t pay a subscription model, and in fact the manufacturer will usually pay a license fee for the device to use the advanced functionality of the Android operating system (and you’ve seen what effect this can have if a company can’t or won’t use the license- Huawei we're looking at you).

Part-planned obsolescence and part-technological advancements means that mobile phones only really have a shelf life of a couple years, something we've been firmly against and repeatedly in our guide to environmentally sustainable smartphones.

When we were sent the press release about Fairphone sending out an operating system update, we assumed it would be for the most recent Fairphone 3, released in September 2019. It has Android 9 and we were expecting the update to the latest Android 10. What we got instead was something much more interesting;

An OS update is coming to the Fairphone 2! The five year-old smartphone was being updated to Android 9, although it's not the very latest Android release, this is a huge step forward for a mobile industry where chipsets are no longer supported just a couple of years down the line.

This is a huge and commendable undertaking for such a small company and puts shame on every other manufacturer using Android.

The only reason why companies with billions in profit can’t spend the time to update old devices is purely to incentivise people to keep buying new phones. However, Fairphone have proven that exponential economic growth to the detriment of the planet can be inhibited, which is something that was previously out of the realms of possibility. We think it should now be a requirement.

Why Is This Important?

Being required to upgrade our devices every year is not only bad for our pockets, but bad for the environment. Fairphone is aiming for a minimum of 5-year support cycles and they're well on the way to achieving this. The difference between the cumulative CO2-e by the amount of years you keep your phone versus if you trade in every year all makes a difference. Fairphone are doing what they can to extend the life of our devices, so we hope that they'll get the recognition that they deserve from it. 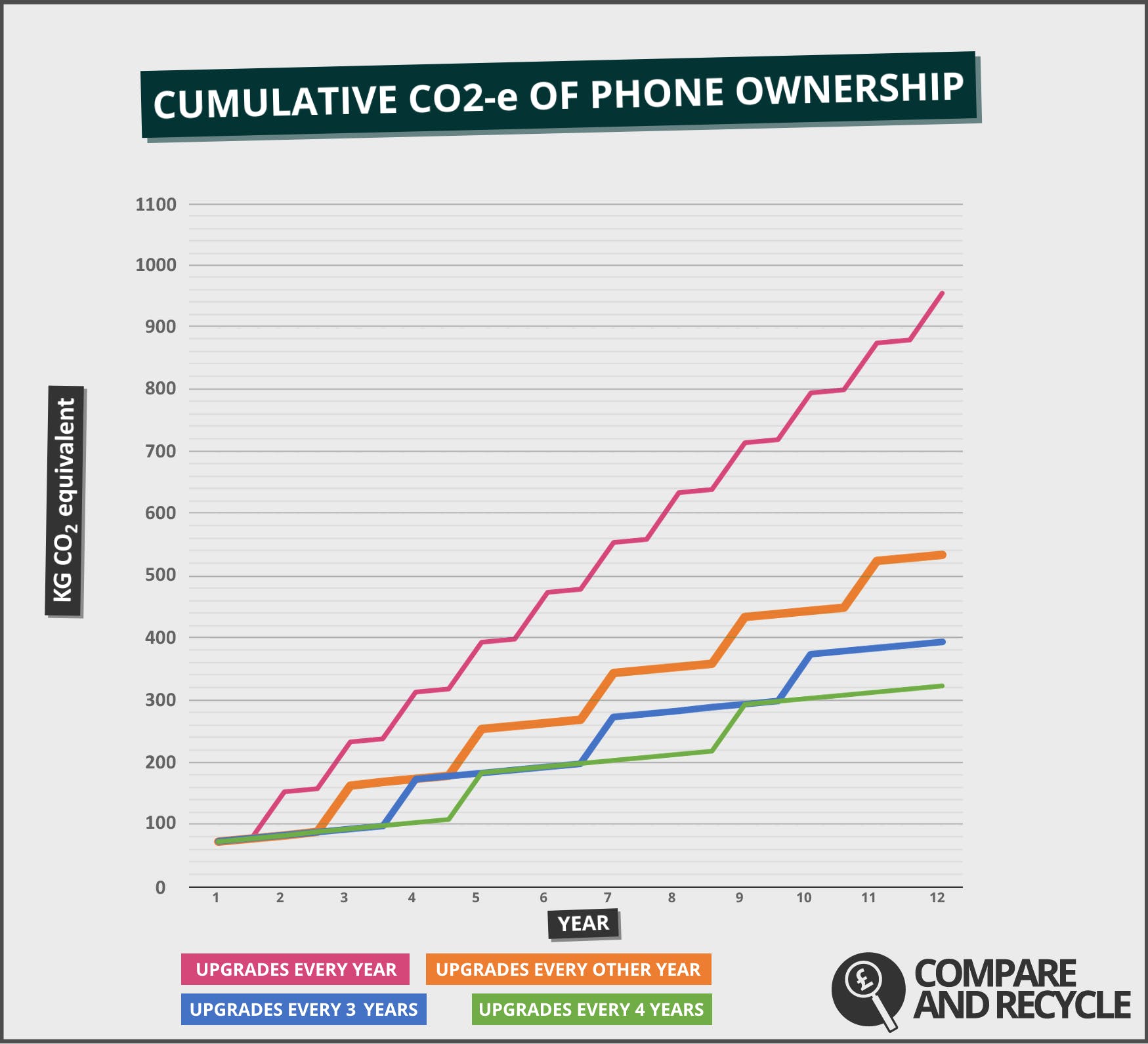 It's mostly important for us, the consumer, that we should be able to choose to have a device that is supported for longer than 2 years. If Apple can extend iOS 14 to all iPhones currently running iOS13, then this should set a precedent for what would be the significant flaw for phones on the Android operating system.