The Exciting OnePlus 8 Is Here 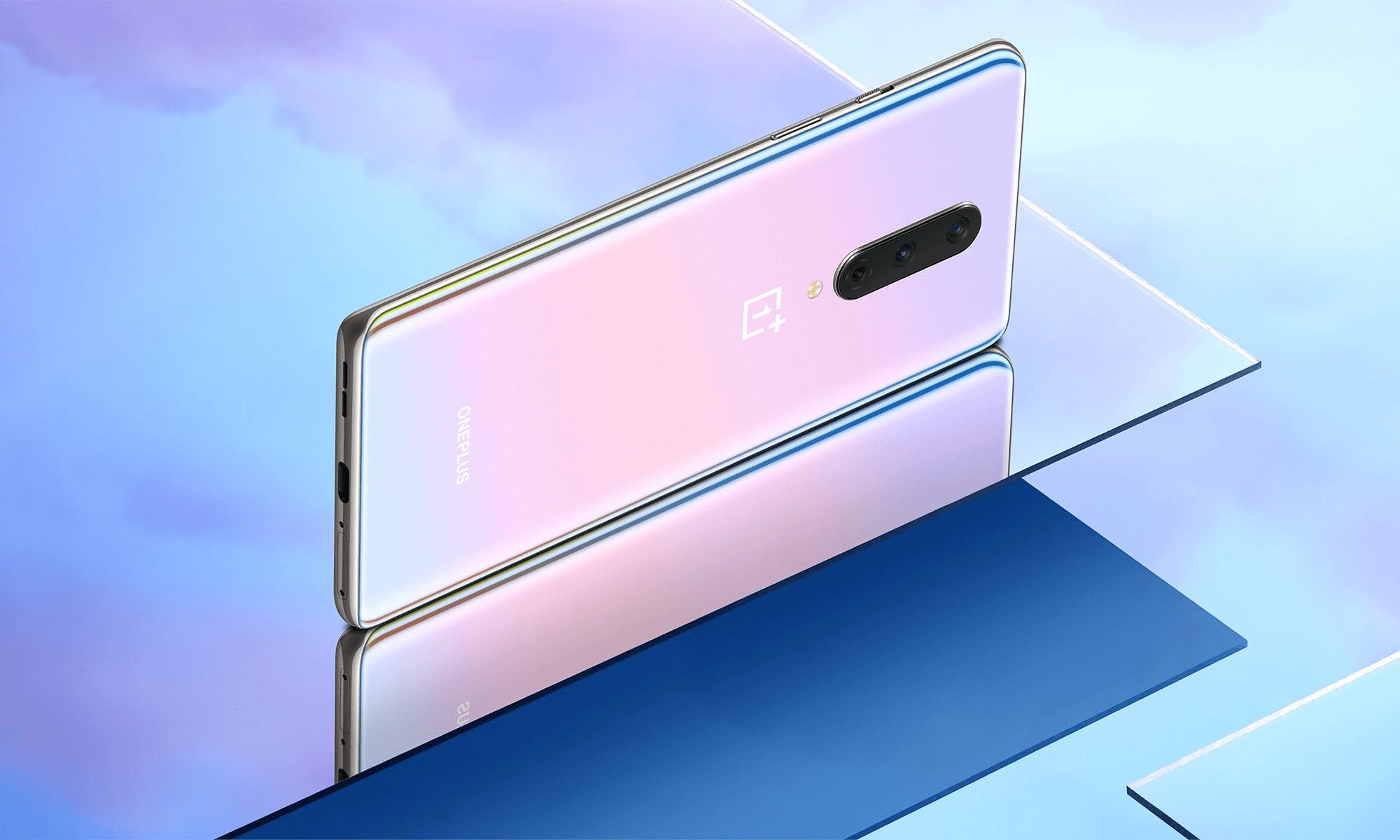 OnePlus launched their new series of mobile phones on Tuesday the 14th of April 2020, presented on a stage with no audience to maintain social distancing requirements. In spite of the havoc that the coronavirus pandemic is causing on the smartphone industry (and many other industries across the globe), OnePlus managed to launch the OnePlus 8 series.

One of the most notable features about the OnePlus 8 is that it comes with 5G connectivity. 5G has been discussed in the news frequently, firstly as a hyped next generation of wireless communication technology, and then later as the subject of a conspiracy theory concerning COVID-19. This conspiracy theory has been the impetus for arson attacks on phone masts in various parts of the UK, as the theory claims that 5G has health risks.

The 5G conspiracy theory has since been debunked by experts, but it has nonetheless been gaining traction as people are especially vulnerable to misinformation at this time. We can assure you that 5G will not harm you, and we would argue that it is something that we can look forward to having in the mainstream. 5G means faster potential download speeds and greater coverage of mobile networks, which is what you will get on the OnePlus 8 as a 5G phone for a reasonable price.

The OnePlus 8 comes with a 6.55-inch AMOLED display. Ryan Fenwick, who is the Head of Corporate PR at OnePlus that was delivering the presentation online, lauded the compact form factor of the OnePlus 8, which he explained was a response to requests for a smaller device. This smaller device should indeed appeal to those of us who prefer a smaller handset for easier grip and to fit in smaller pockets and bags. 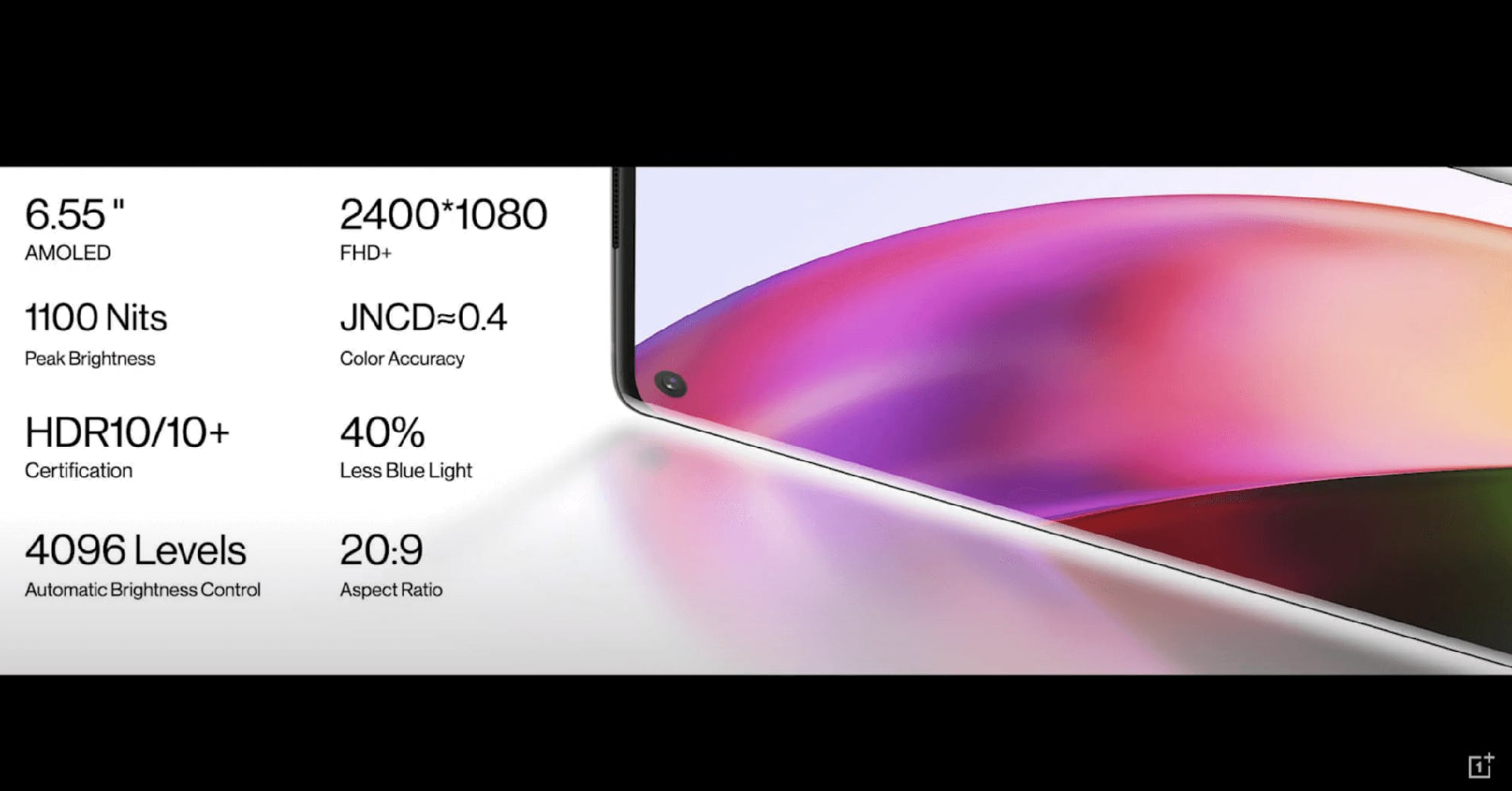 Like the OnePlus 7 Pro, the OnePlus 8 comes with a 90Hz Fluid display. This is the refresh rate, which is how many times a second the screen will display an image. 90Hz makes motions appear seamless, for instance when you are scrolling through social media feeds.

On the OnePlus UK site, you have a choice to pre-order from either the Onyx Black or Glacial Green options. The standout colour is Interstellar Glow, but this is unfortunately only available to pre-order on the US site. 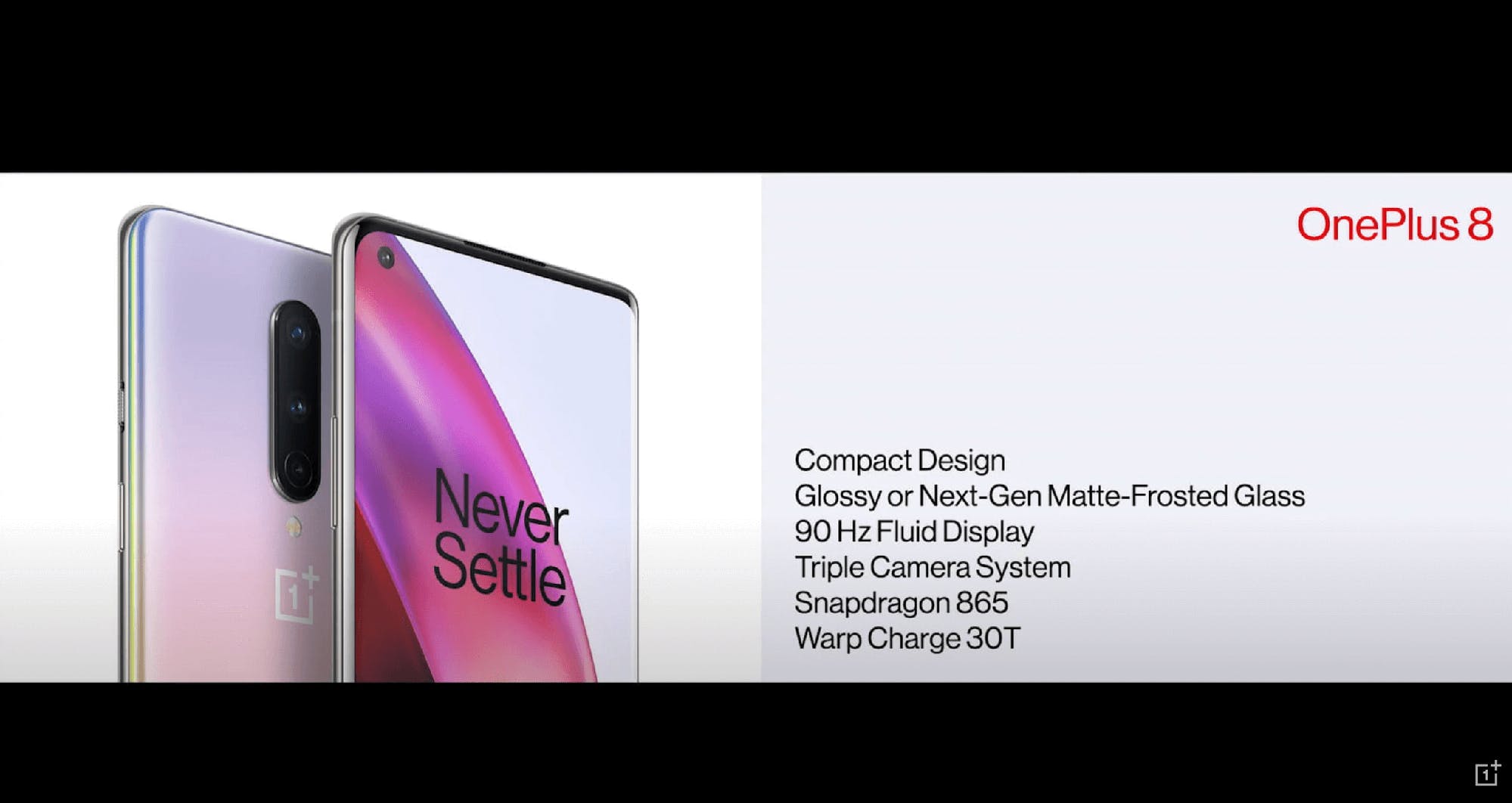 The OnePlus 8 comes with three rear cameras: a 48MP lens, a 16MP ultra wide lens and a macro lens for close up shots. It also has a 16MP front facing camera, which is visible at the top left hand corner of the display. Some people may prefer this to the pop out front facing lens that the OnePlus 7 Pro has, as this eliminates the issue of liquid or dust getting inside the device. 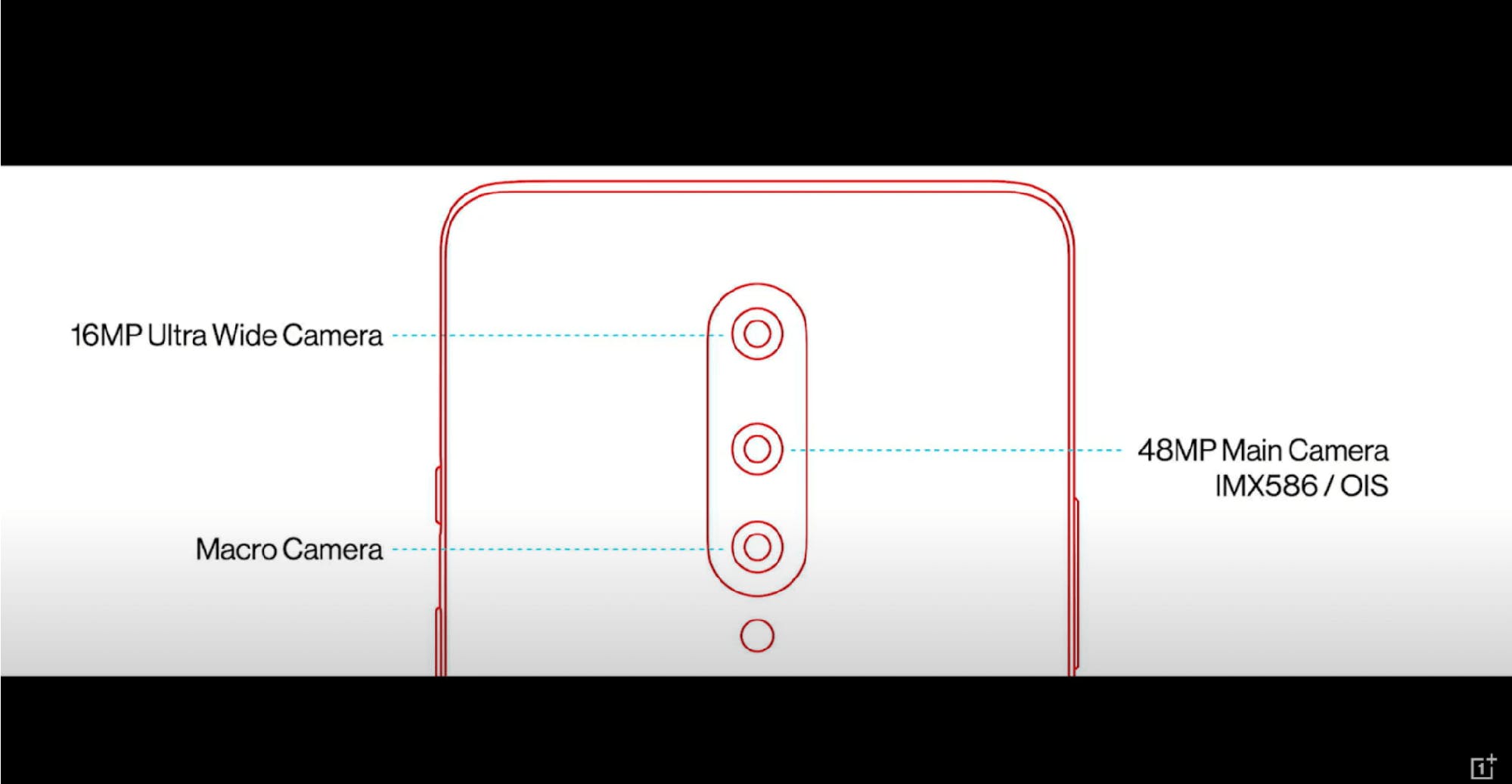 The OnePlus 8 comes with the cutting-edge Snapdragon 865 chipset, and two options of either 8GB of RAM and 128GB of storage, or 12GB of RAM with 256GB of storage. This means that you will have no problems with downloading and running a variety of apps without the device slowing down.

The OnePlus 8 also has a 4300 mAh battery, which comes with a Warp Charge 30T charger which is able to fully recharge in an hour from a depleted battery. The battery after it has been fully charged should last you over a day with standard usage.

Unlike the OnePlus 8 Pro however, the OnePlus 8 does not come with wireless charging. This is not a necessity, but this is a feature that some smartphone users will be looking for with their next device. 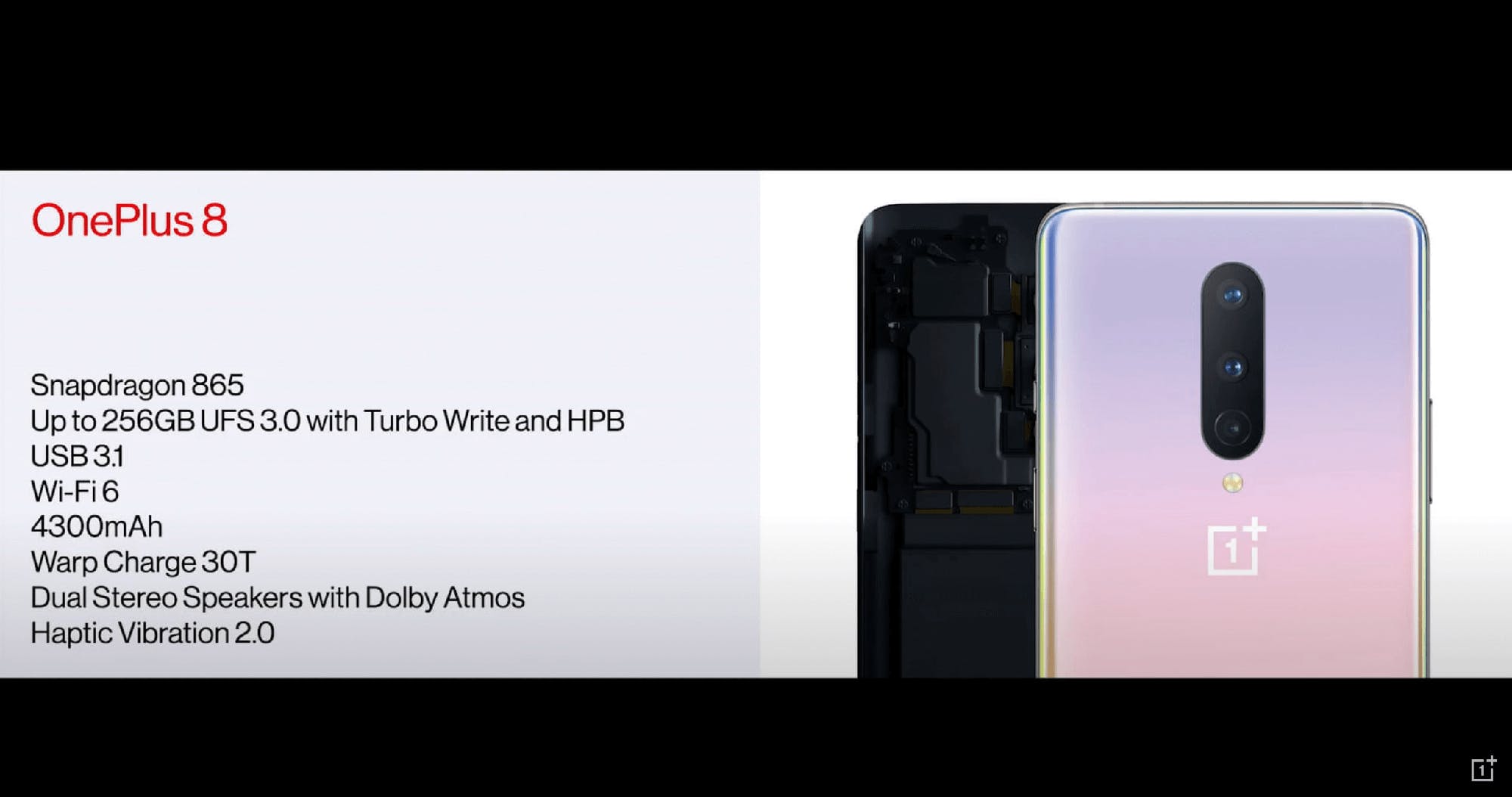 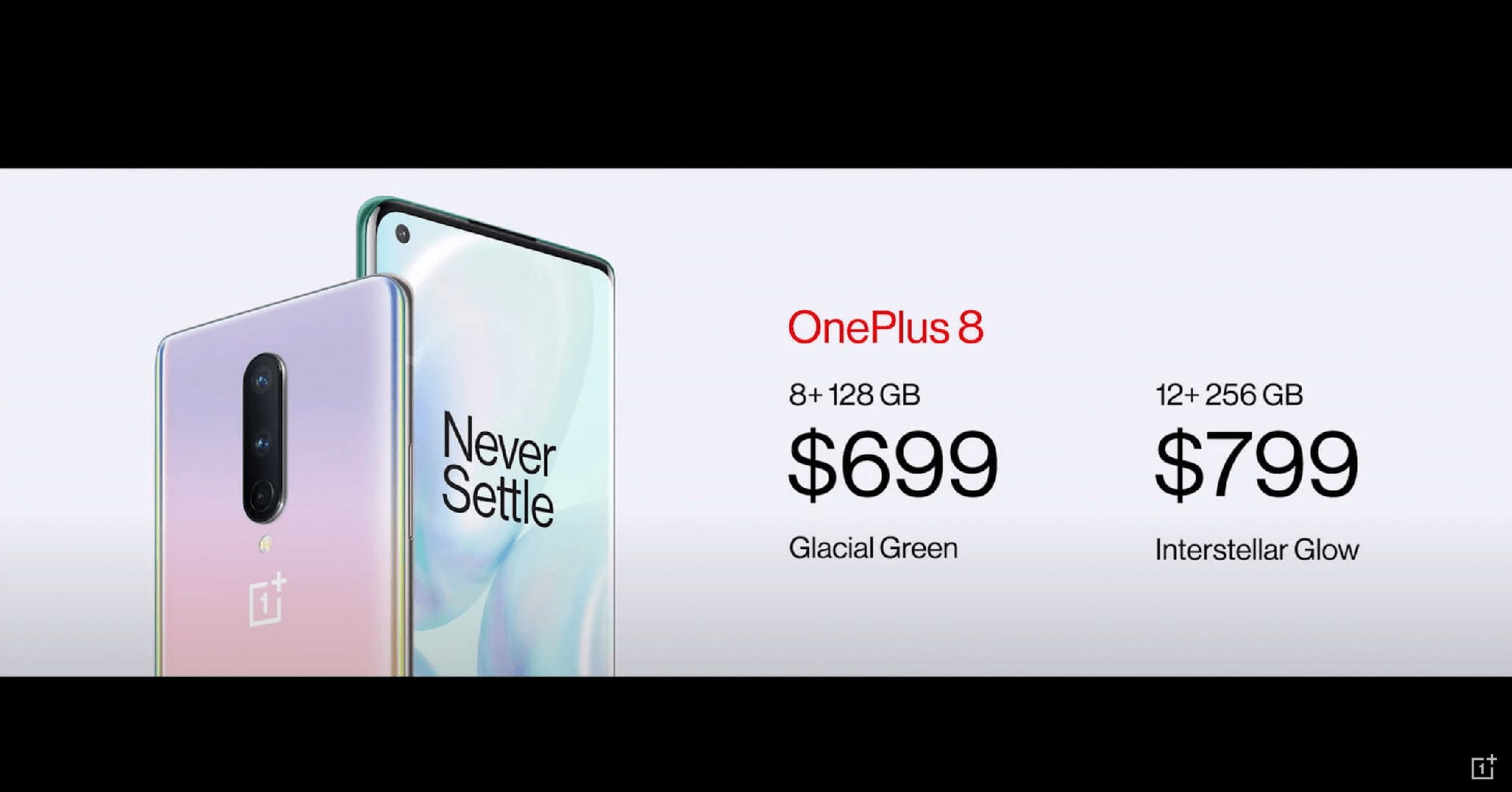 Want to get your hands on the OnePlus 8? If so, there is not long to wait. The OnePlus 8 will be available to buy on Tuesday the 21st of April 2020 in the UK. 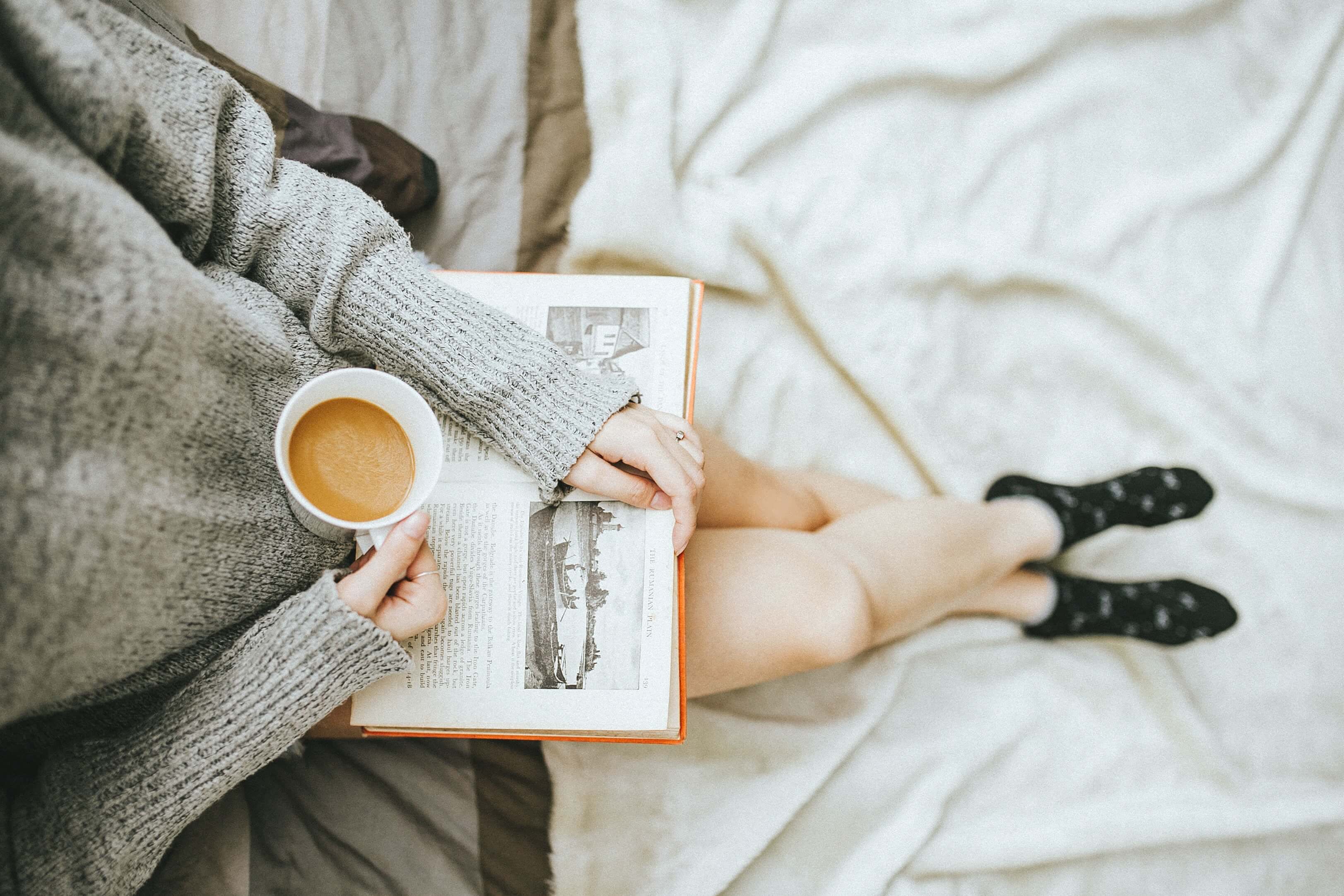 Mental Health and Phones in Lockdown: Should You Have a Digital Detox?

These are considerable challenges that we’re facing in lockdown, which is why now is the ideal time to work towards having a healthier relationship with your phone if you feel that it’s using you, as opposed to you using it. Read on to find out more. 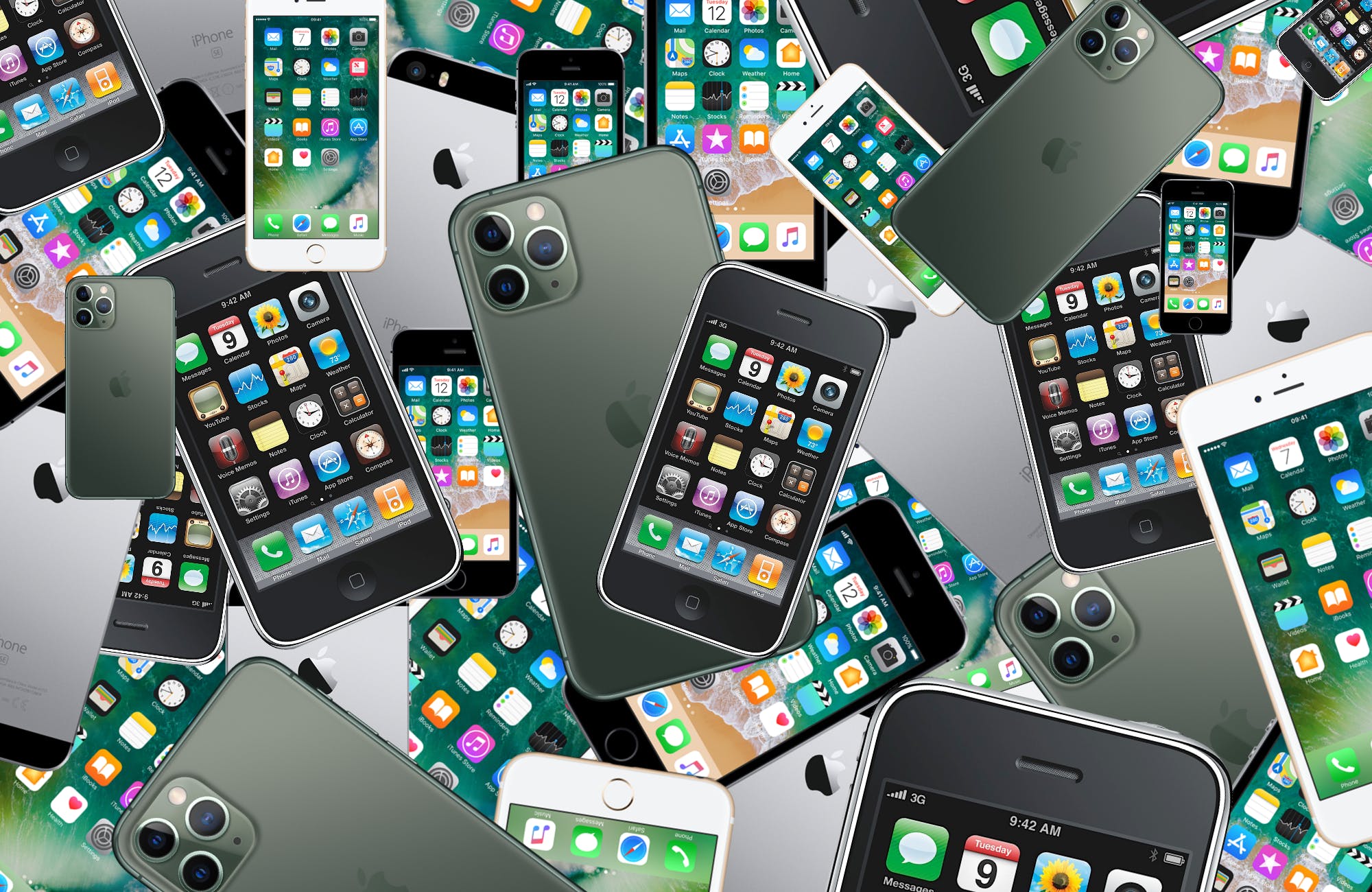 iPhone Lifecycle: What Is The Carbon Footprint of an iPhone

With global popularity of an iPhone comes Apple’s responsibility to produce devices that will not only be appealing to customers, but won’t be as damaging to the environment. So what exactly is the carbon footprint of an iPhone? 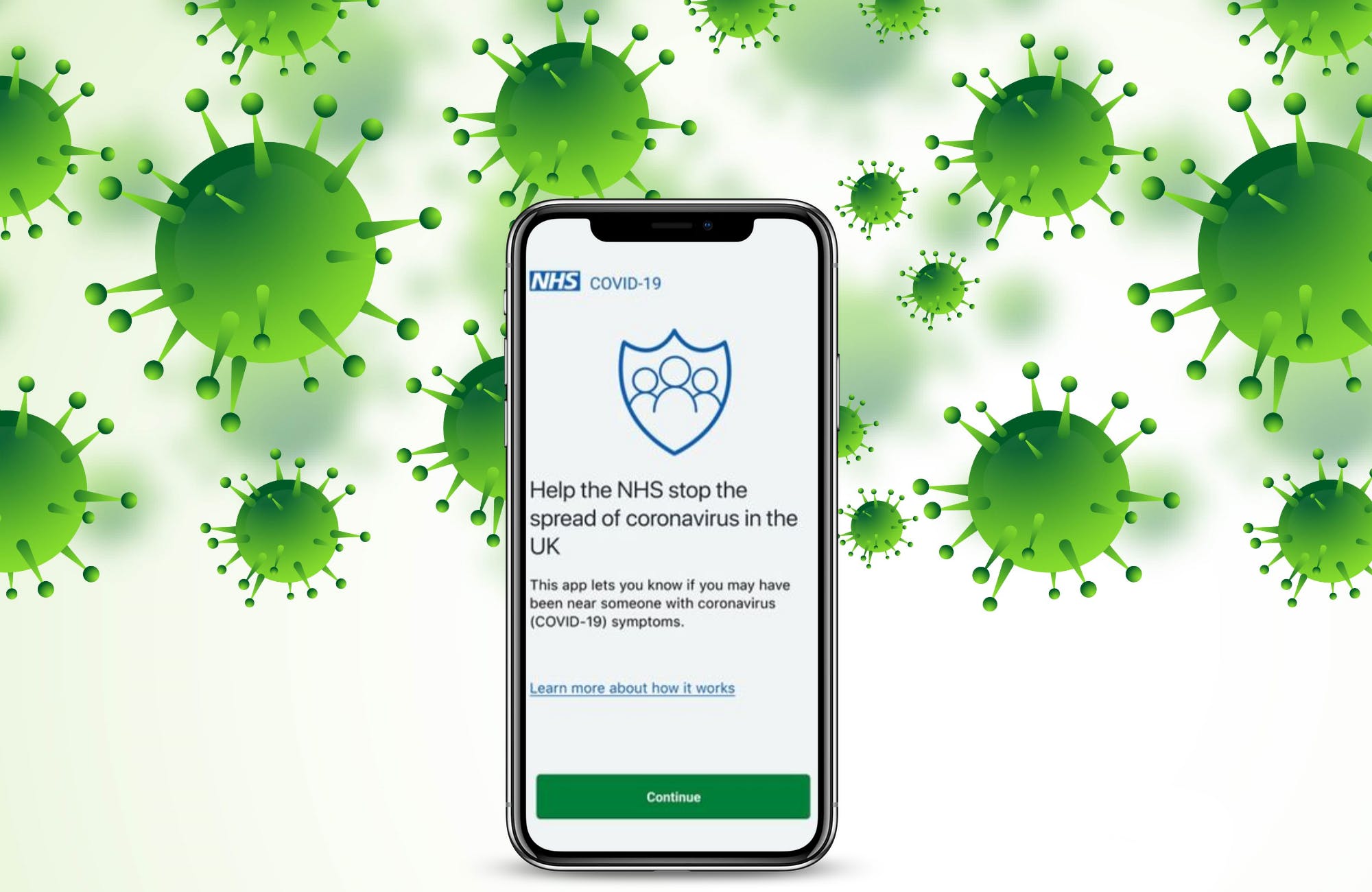