Picking The Best First Phone for Kids in 2019 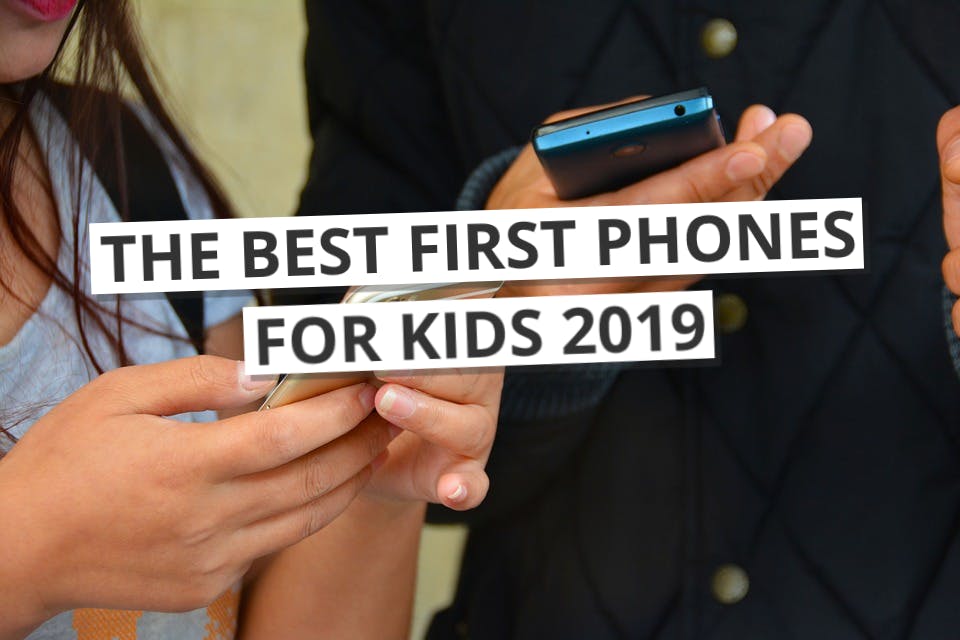 Choosing your child’s first phone can be challenging with so many different options out there. Not only are you dealing with the practicality of the mobile phone and all of the connections that it facilitates, but there are also social pressures associated with phones that are likely to be considered as more important for your child than the performance of the phone itself.

When is it appropriate to give a child their first phone?

Kids walk to school a lot less, they can communicate with their friends on social networks and gaming consoles, and many would have had access to the web in one form or another, either through a household desktop computer or a tablet. Nowadays, a phone is more personal. It's taken with them wherever they go, and children have some inherent responsibility in terms of keeping it charged, switched on when it needs to be and switched off (or on silent) when appropriate. The behaviour of your child should let you know what type of phone they are going to need.

As many experts and the parents here at Compare and Recycle agree, your child might not need a phone until they start being more independent, travelling to school by themselves, visiting friends or staying at after school clubs, and this would usually be around secondary school.

What phone should you get as a first phone in 2019?

With all the choice in the world available, it can be a bit of a minefield. So, narrowing down the choice is a good place to start by answering these questions.

We have answered these in the easiest way possible with the following first phone suitability matrix: 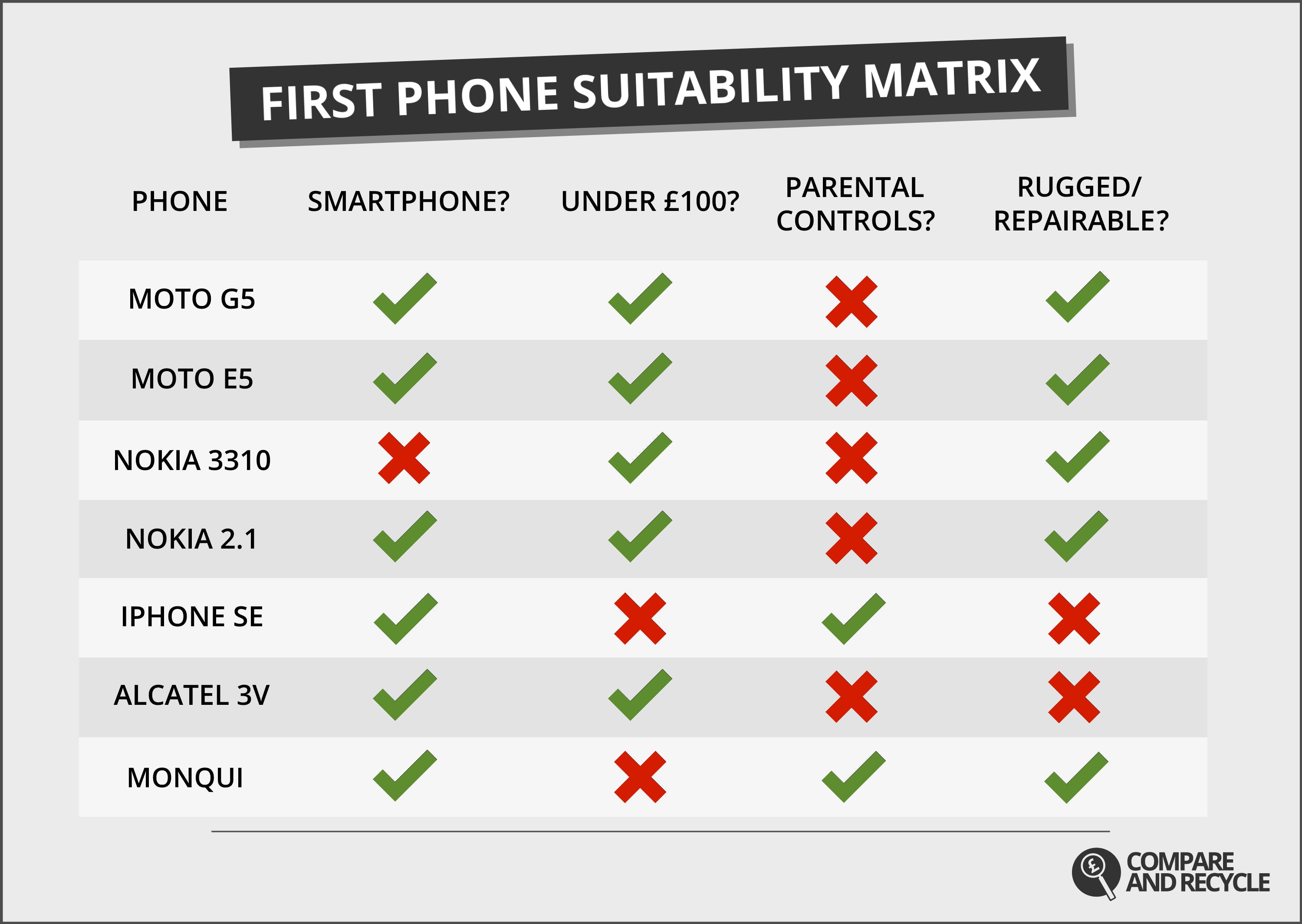 How much should you spend?

It completely depends on what you can afford, but we have focused this guide on phones that are around £100, which will be completely serviceable for the needs of a child.

We have included basic phones that cost less than £50. Basic phones are great if you want a long standby time and to limit the distraction of social media or mobile games. These are perfect for the journey to and from school, won’t attract thieves and you’re not left too out of pocket if the device does happen to get lost or stolen.

We are a strong advocate for the price of Chinese phones, but while there is a strong case for buying a Chinese phone, they can prove confusing and bewildering for a child, and you may find that the odd Chinese language pop-up might leak through.

Avoid expensive flagship devices as a first phone, as while your child may have the coolest piece of tech on the playground, but they could also be a target for thieves. The flagships do tend to be less rugged and the constant appeal of the apps could wear the battery down or interfere with time that should be spent paying attention in the classroom.

It is not just the price to consider when avoiding the flagships because they often have social media apps pre-installed. Over time, you are going to have new things to watch out for, including cyber-bullying, internet safety and awareness. This should be a priority when giving a child their first phone. 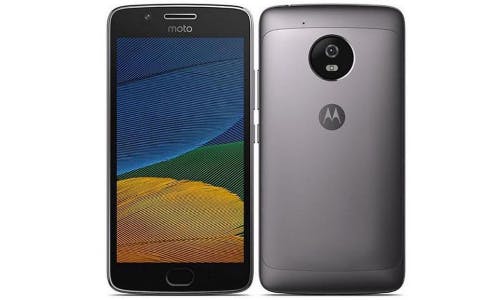 For a budget phone, the Moto G5 is one of the best around, with a superior design in comparison to many other budget models. This is a smartphone that any young adult would find useful and stylish with many of the modern conveniences that the flagships have.

It doesn't carry the same brand name as Samsung or Apple, but with some of the gesture controls and fingerprint scanner, it certainly feels like a more expensive phone. 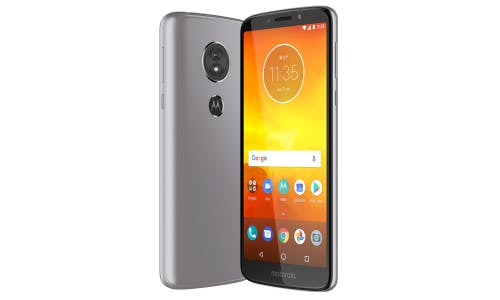 Like the G5, but cheaper, the E5 has a bit of a different offering with a lower end camera, but a better screen, battery and a slightly mediocre performance compared to the G5. However, as presentation goes, Motorola really know what they're doing. The E5 is again a very good looking phone, just a bit bigger and with slightly different specifications. 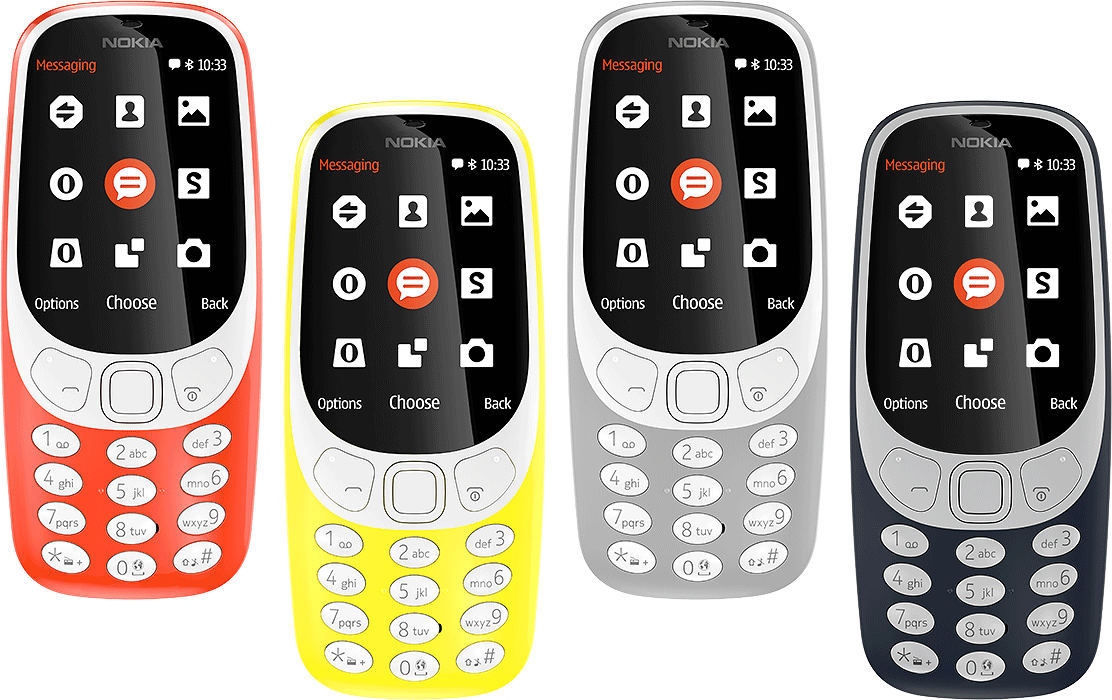 Nokia released a revamped version of their classic cream of the crop mobile phone. This 3310 doesn't only invoke nostalgia, it also hits all the buttons as a perfect phone for kids.

Its low price, giant battery life and rugged design could make it the firm favourite as a first phone. It also has some - but not too much - internet connectivity, which means that you can still easily contact your child through WhatsApp. The 3G internet is very slow, but this could be seen as a positive for the easily distracted. 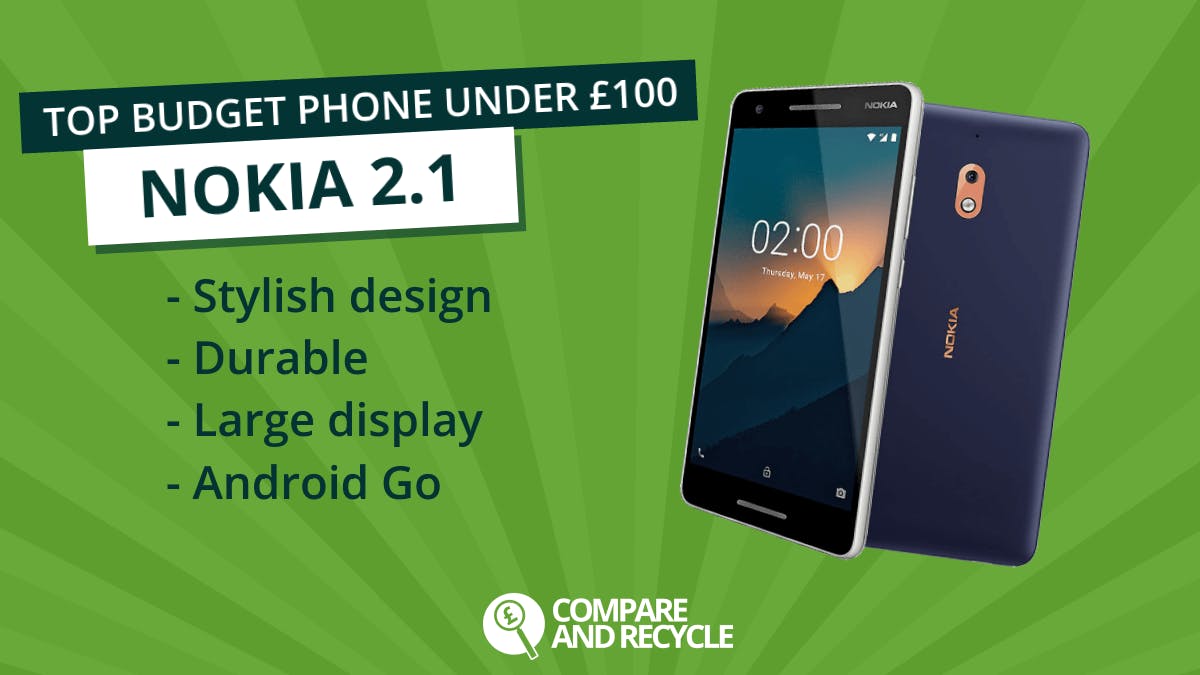 As budget phones go, the Nokia 2.1 is one of the great ones so we even rated it as the best phone under £100. With the stripped back Android Go software, this is the phone that will be the most "adult" of the lot, allowing lots of customisation.

The 2.1 is easily repaired and a replacement screen can cost as little as £10 on eBay. Four screws and one cable and the screen is detached, making it an inexpensive phone to repair if the inevitable does happen with careless fingers. The repairability is the main reason it is included in the list. 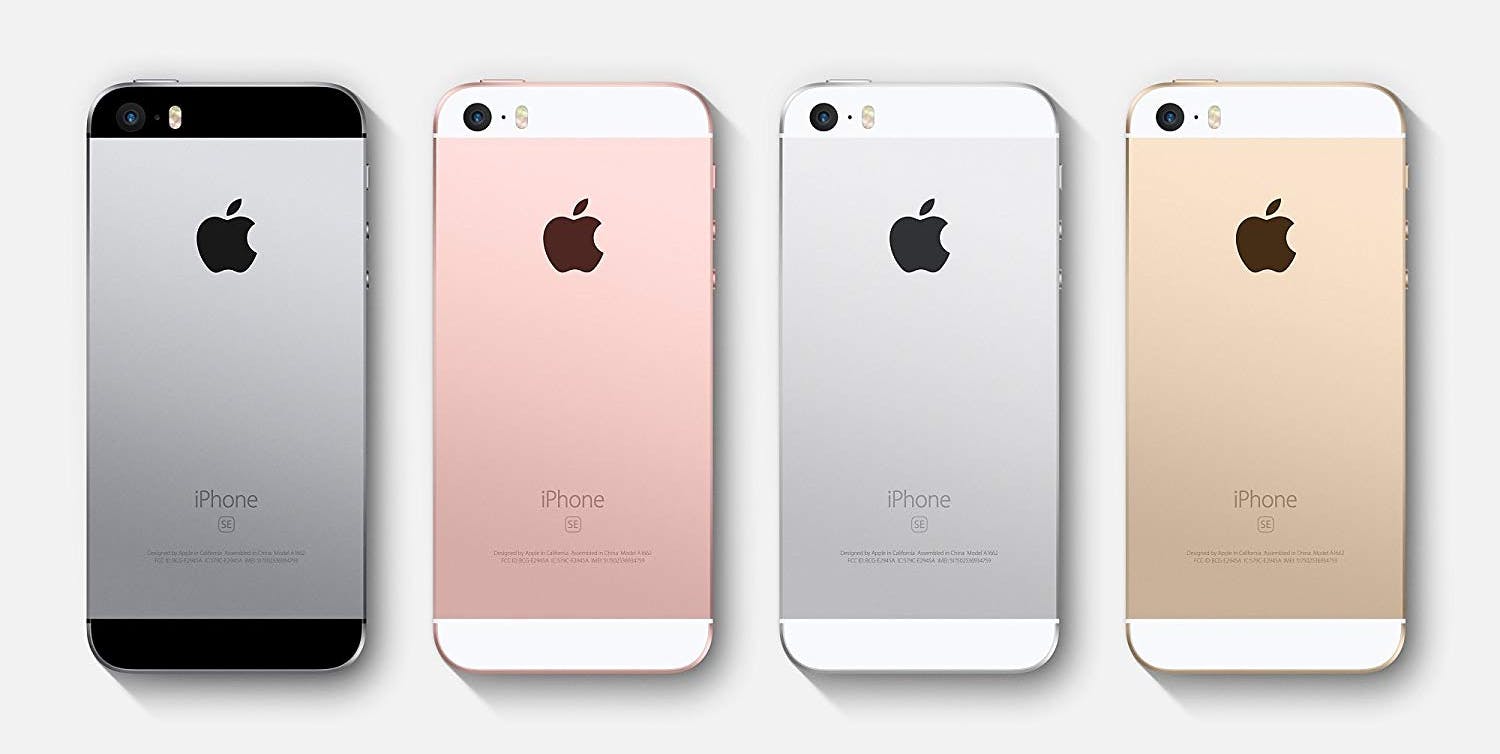 The iPhone SE is the only Apple mobile on this list and that's because it still holds up, even in 2019. So much so that Apple have even started selling the model from their official stores again. We would recommend going refurbished with these ones as there are still great deals.

But if you are willing to spend a bit more and go for a first phone from the higher range of the budget offerings, then the iPhone also provides better parental controls than an Android. There's also no denying it is more aesthetically pleasing than its competitors. 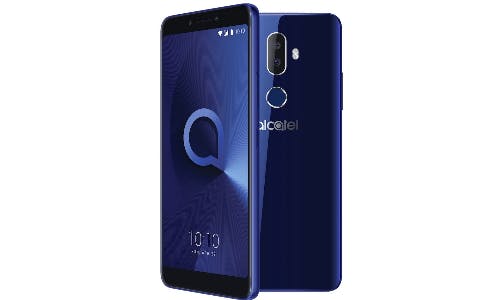 Alcatel have built their name with the bargain bin and burner phones, but the French manufacturer's recent foray into the smartphone market has managed to create some value. For around £150, the screen is a decent FHD+. The phones are sturdy, with decent batteries and an easy to use software overlay. These features make it a firm favourite for a first "smartphone" for kids. 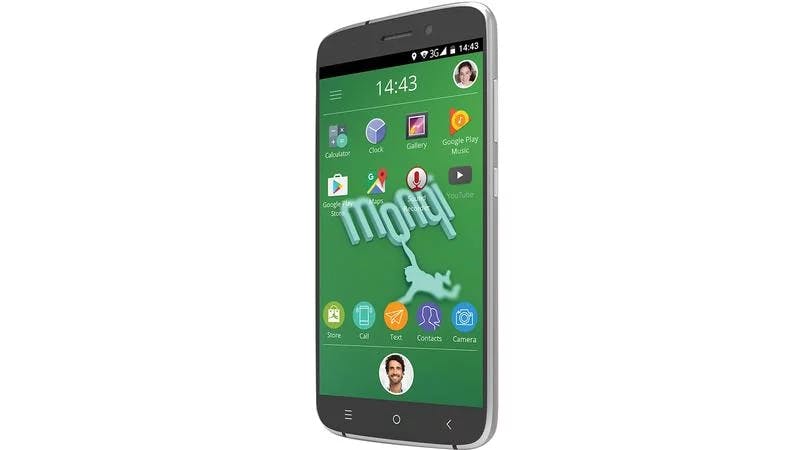 The bespoke software on this phone means that parents can have a lot of control over what their children can see and do. Monitoring features that outperform anything by Apple or on networks also come in handy.

It's slow and painful to use with a battery which completely lets it down as a reliable device for someone that might forget to charge it overnight. The price is about right and if they can improve the base features of the phone, the Monqui 2 could head this list comfortably.

How to set up parental controls on device

Depending on what type of device you buy, there are certain limitations you can put on the device, mainly to do with purchasing apps, because there is very little that can be done with today’s smart devices.

In addition to this, different mobile network operators offer security controls that can be found on their website. To further ensure your child’s safety you can use parental controls.

How to set up Parental Controls on your Network

There is a really good resource out there created by Sky, that looks at all the networks and gives a rundown of how to limit internet time and content on the network. InternetMatters.org looks at every broadband and mobile provider and has a step by step guide for each along with what can and can't be limited. This is a must visit site before choosing which network you are going to use as a kid's first. 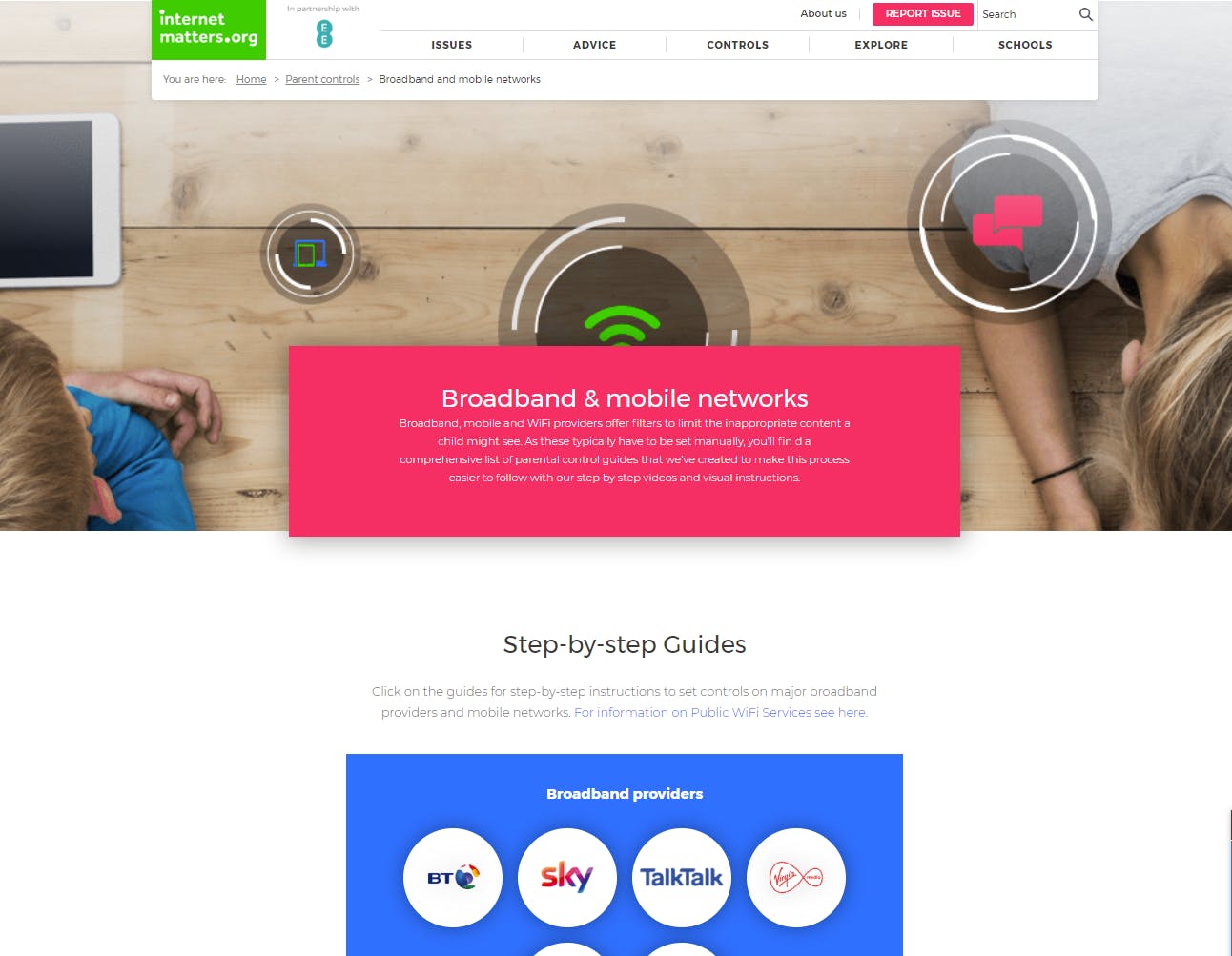 The main concern of buying a child's first phone is ensuring they are safe, while allowing them the independence, freedom and trust to act autonomously. These phones will only enable safety to a certain extent, so the best way to ensure safety is by teaching them to be responsible.