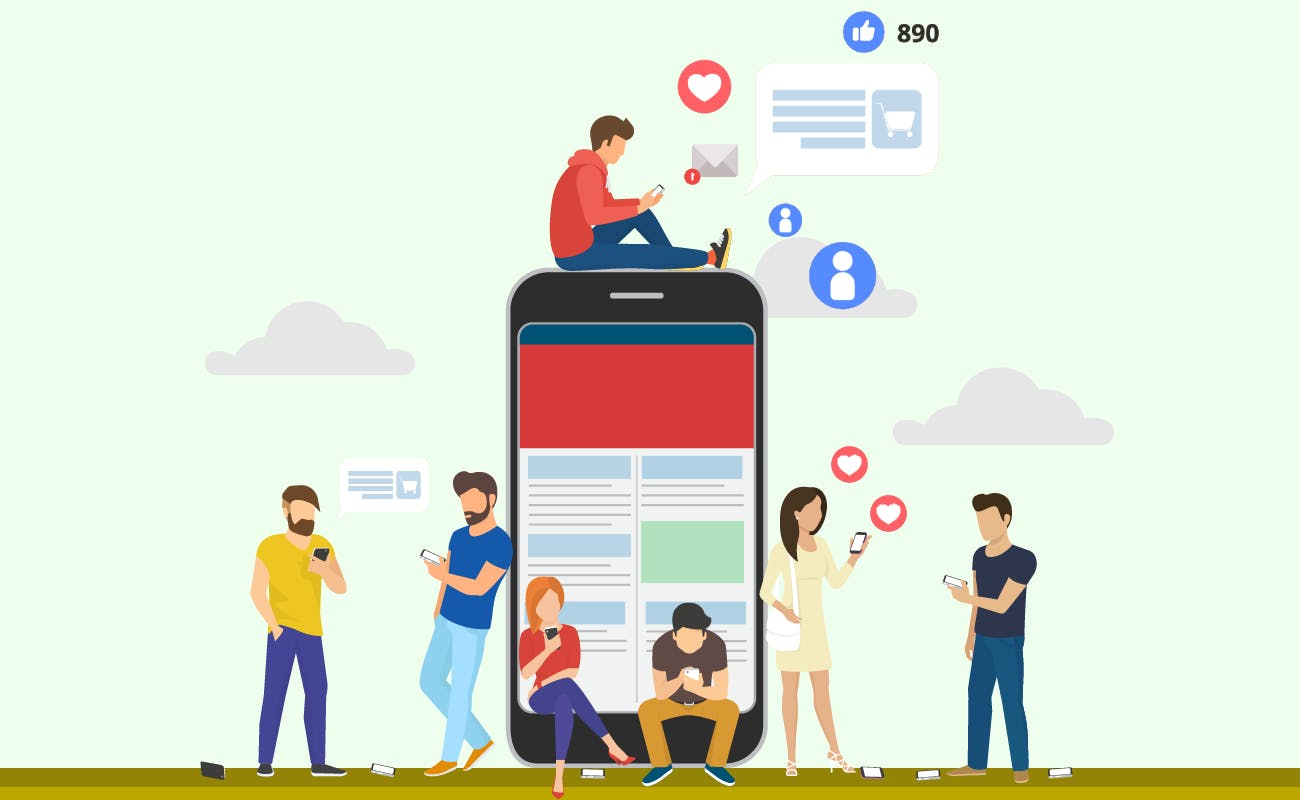 What’s the biggest addiction of the 21st century? The smartphone has a strong case of being number one. In a dramatic shift of the last 20 years, we have gone from, at most, a communication device on our person, now we have the literal world at our fingertips.

Our friend, Henry from VoucherShops shares his thoughts on whether we really are on the cusp of an epidemic and how we can be more mindful to not let our lives be controlled by the little device;

According to research by dscout, a common user touches his/her phone almost 2,617 times a day. And Apple further revealed that iPhone users unlock their phones around 80 times every day.

Undoubtedly, smartphones are in constant use and a majority of us are completely addicted to phones nowadays. We’ve become so hooked that there is a name for our urge to keep phones handy. And this is called ‘Nomophobia’ (which stands for No-mobile-phone phobia).

Of course, Nomophobia is still not listed in the Diagnostic and Statistical Manual of Mental Disorders (DSM) yet, there are various studies which underpin Nomophobia could affect up to 50% of phone users.

Well, it’s not something uncommon. Probably, every one of us is suffering from the same. The frightening reactions of this disorder range from the high level of anxiety, depression to trembling, perspiration and what not. However, this is not something which will make us ditch our phones anytime soon and neither it has happened so in the past. So, being on the smarter side, we need to figure out some effective ways to interact with our smartphones and make sure that we aren’t succumbing to Nomophobia at all.

How can we do that actually?

Keep your phone notifications under control

The most prominent reason why you feel attracted to your phone is because of its special design which steals your attention. Just think about how you feel every time when you get a buzz or ping.

What is that excites you the most?

A text? A ping? An important email? A meme in which you’ve been tagged? 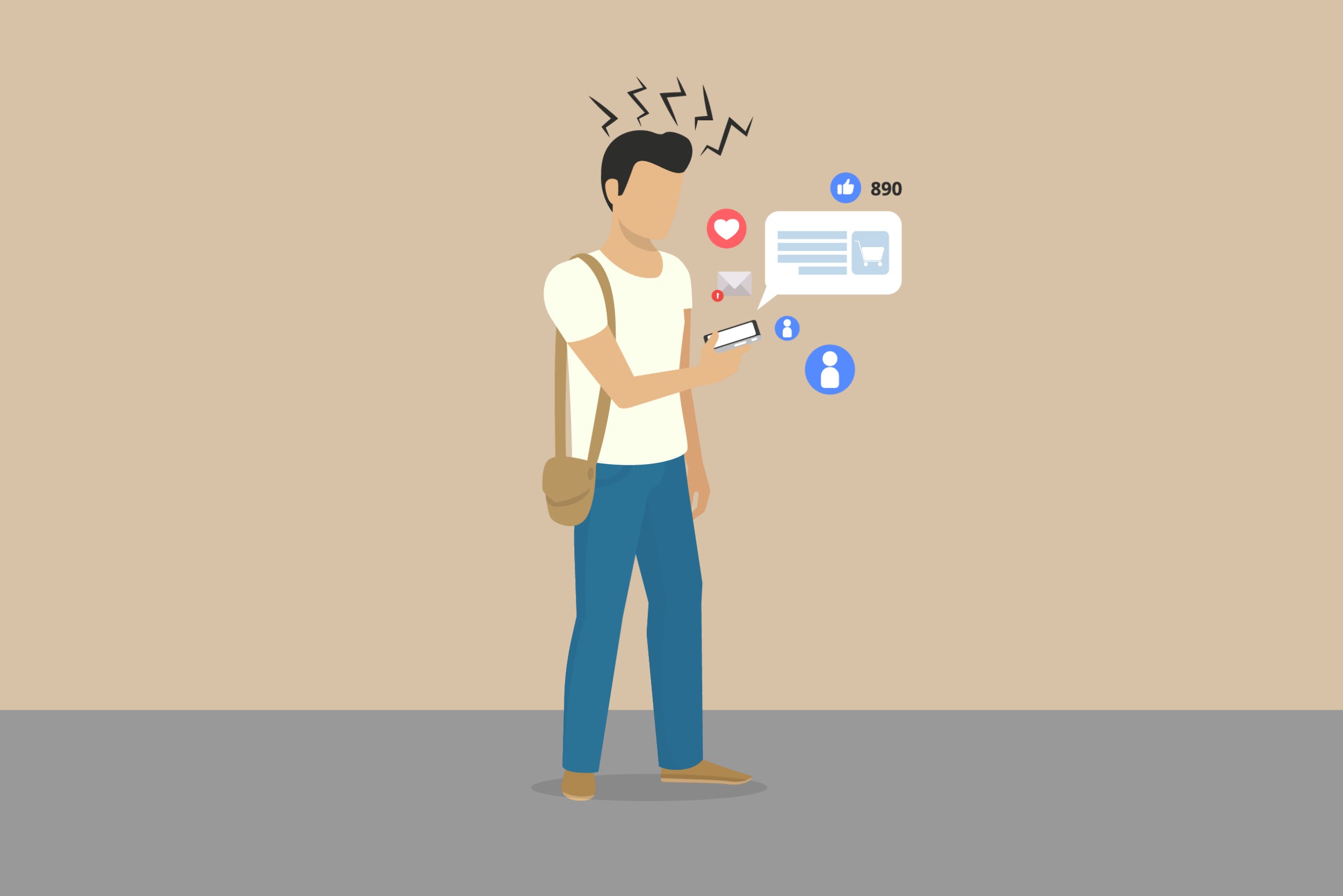 These ‘variable rewards’ are something that seems to be pretty enticing to us. When our phone vibrates, it creates a knowledge gap and that’s what makes us restless to dive in and see what is summoning our attention.

Now, you might think "Are notifications that bad? Let’s get rid of all of them!"

Unfortunately, it’s not the right feat and even not an easy one.

Research studies have shown that absolutely ignoring smartphone notifications can cause more anxiety. What seems to be smart is to change your relationship with your smartphone and edit in such a way that you get access to only what can grab your attention.

David Casali, the designer and writer, suggests to break up your app into three groups of notifications such as:

You should start by moving some apps into your kills list and then go on. If you make such slight adjustments in your smartphone, it can finally help you lower the need to constantly check your phone.

Don’t remain attached to your phone

Dr David Greenfield, founder of the Center of Internet and Addiction Technology, said:

Generally, whether it is in our pocket or lying out there on the table, our phones are always in our nearest reach. As it’s constantly available around us, it even adds to our phone-induced anxiety. There are studies which have shown that almost 90% of people suffer from ringxiety - when you wrongly feel that your phone is ringing in your pocket. When your phone is always near your body, it almost becomes an extension of your body. Hence, try utmost to keep it away.

Dr Alex Soojung-Kim Pang, the writer of the book The Distraction Addiction, explained in the following way how a little change can let you get rid of Nomophobia:

You might think that to fight Nomophobia, refraining yourself from the grip of your smartphone is enough. Not reality, to be honest. Every choice you make in your day to day life matters.

According to researchers, we make no less than 35,000 choices every day. As we dive further into a day, something called ‘ego depletion’ occurs. It stands to using up willpower on one decision in life and letting it be less available for the next one. So, when it’s about Nomophobia, if you constantly make choices to not check your phone, it will let you end up becoming frustrated soon.

Therefore, you should try to get rid of all such choices which compel you to make a choice. This could include deleting apps which unnecessarily keep you engaged, using Rescue Time’s Focus Time feature (when you are using an Android) to block useless notifications from various sites.

Right, we're done with the theory, time to move on to practical part. If you feel like nomophobia is taking over you and you want to reduce your screen on time, take part in our Smartphone Detox Challenge to find your phone-life balance. Pick one week every now and then and follow these steps:

Nomophobia is just a disturbing problem which is taking a toll on today’s world. But, it can always be eradicated from the roots. All that you need to do is think sensibly, keep these aforementioned tips in mind and that’s it. Finally, you will end up controlling your smartphone and rather not the gadget supervising you under any circumstance.