iPhone 11 Launch Date Confirmed and What to Expect 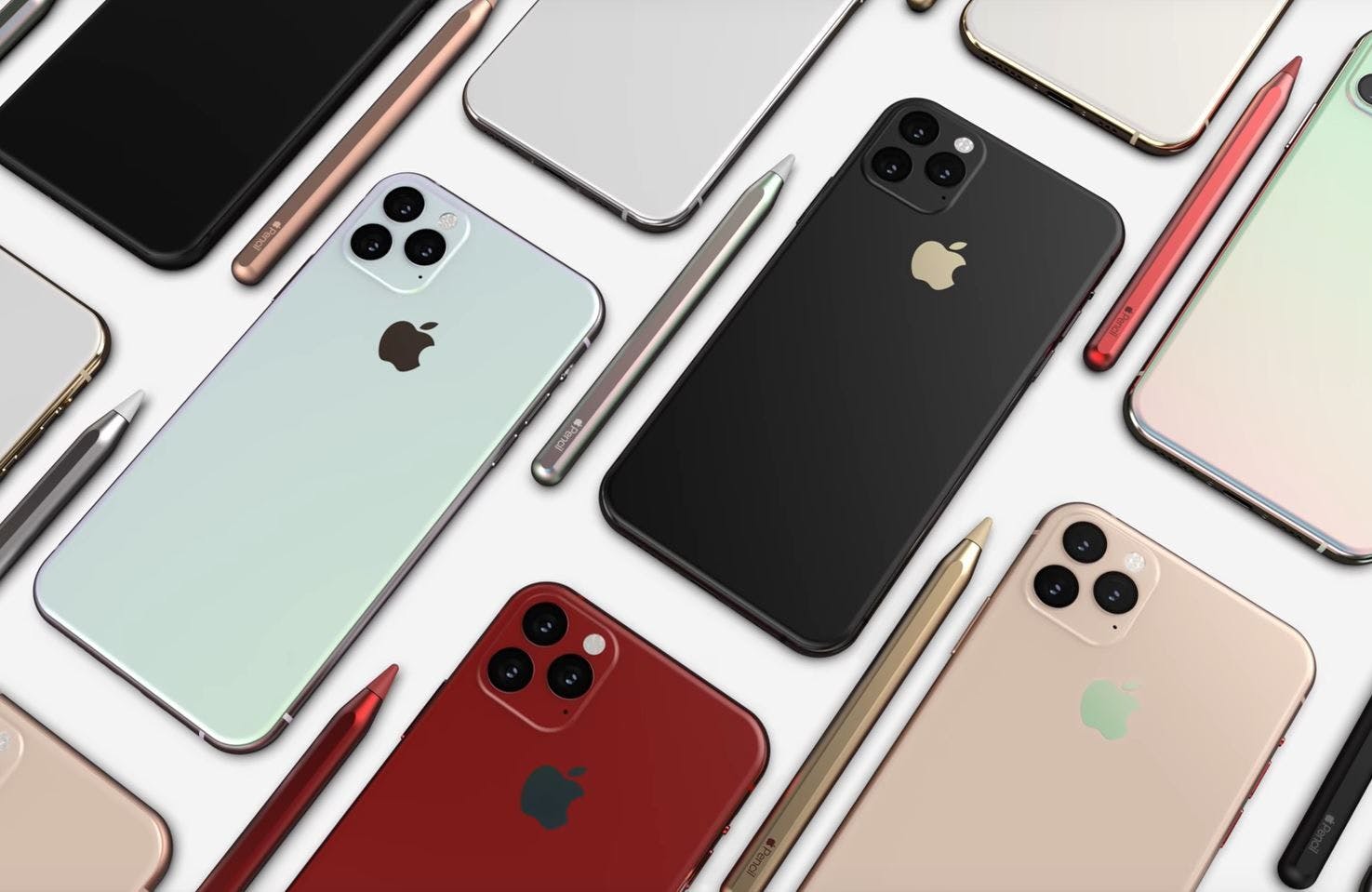 After a great deal of anticipation, Apple have finally confirmed the launch date of the iPhone 11, which will be happening on the 10th of September. In fact, Apple are likely to release three new "Pro" iPhones which will probably be going on sale shortly after the launch event. Without further ado, we are going to reveal some of the iPhone 11's exciting new features that will probably be divulged during the launch event in September, plus we will be speculating about what Apple may be hinting at in their elusive invitation to the press.

The new camera setup of the iPhone 11 has arguably been one of the most talked about potential features among both the tech community and the general public. With fantastic camera phones already dominating the smartphone market, it has only been a matter of time for Apple to make this foray. According to a recent Bloomberg article, the new rear camera setup will feature a sensor for capturing ultra-wide angle photos and videos, the ability to zoom out and capture a larger field of vision, plus upgraded video capabilities. 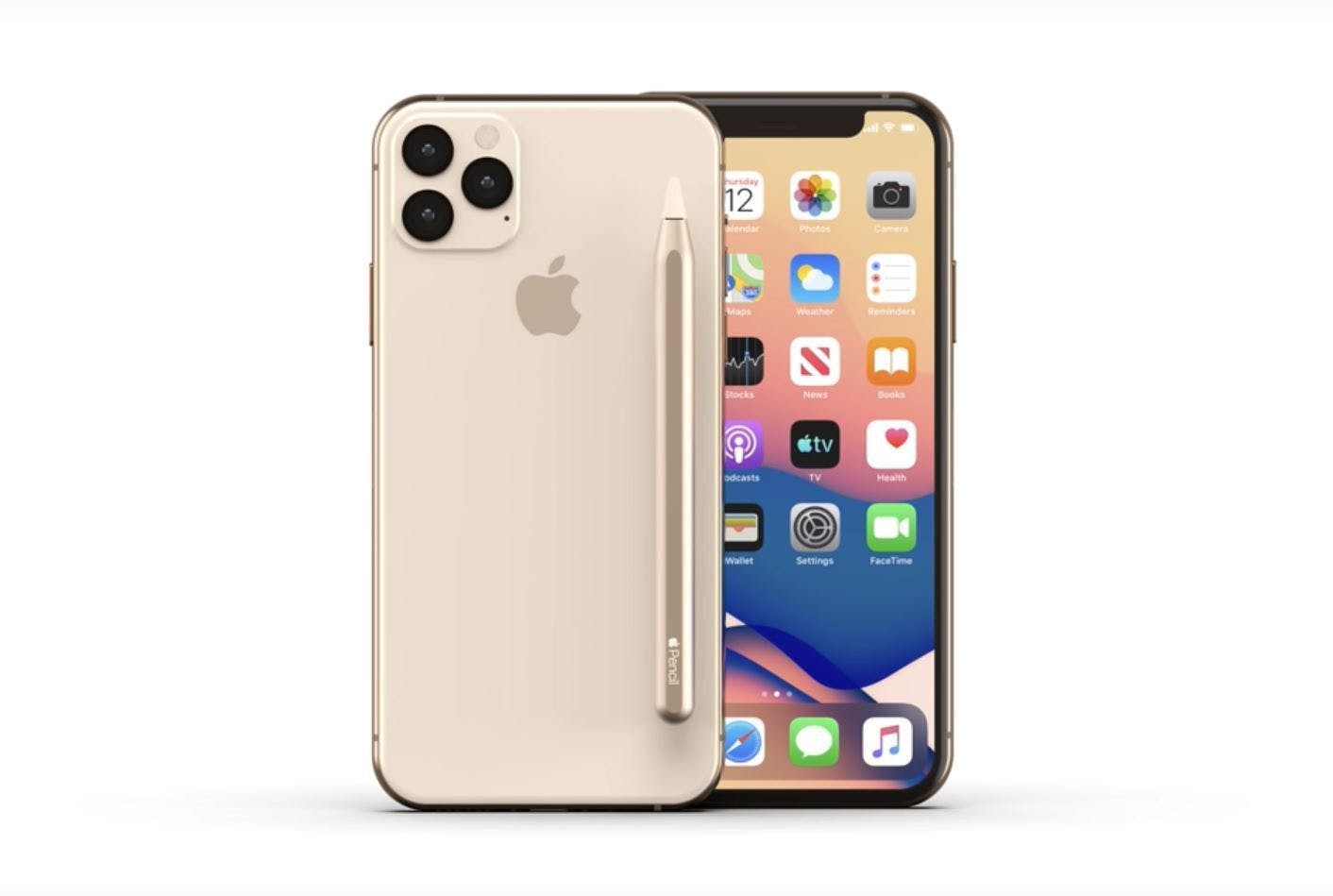 Wireless charging is nothing new, as we have already seen with Samsung's Galaxy S10 lineup. However, we think that this feature will be a welcome addition to the iPhone. Bloomberg report that Apple's upcoming wireless charging system will allow the iPhone 11 to be able to charge the latest AirPods simply by placing them on the back of the handset. This 'new' tech is likely to be a useful feature for iPhone users. 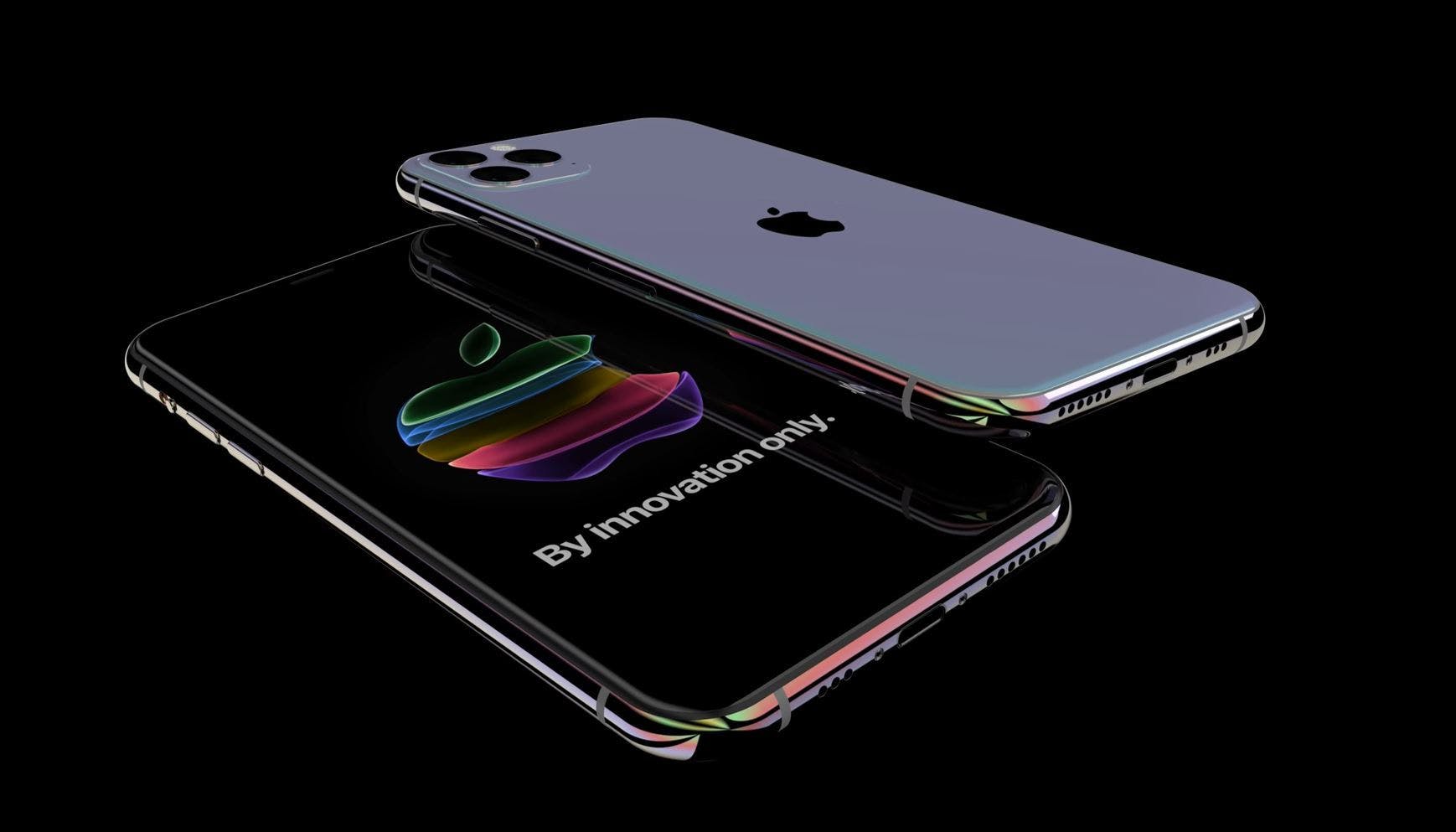 Another feature which we are looking forward to seeing on the iPhone 11 is improved Face ID technology. Apple pioneered this, so we expect to see some fresh and exciting changes. Bloomberg report that the iPhone 11 will have a multi-angle Face ID sensor which will give the camera a wider field of vision to allow the phone to be unlocked more easily. Apparently this technology will work from an array of angles, even while the device is lying flat on a table, making iPhones easier to use than ever before. 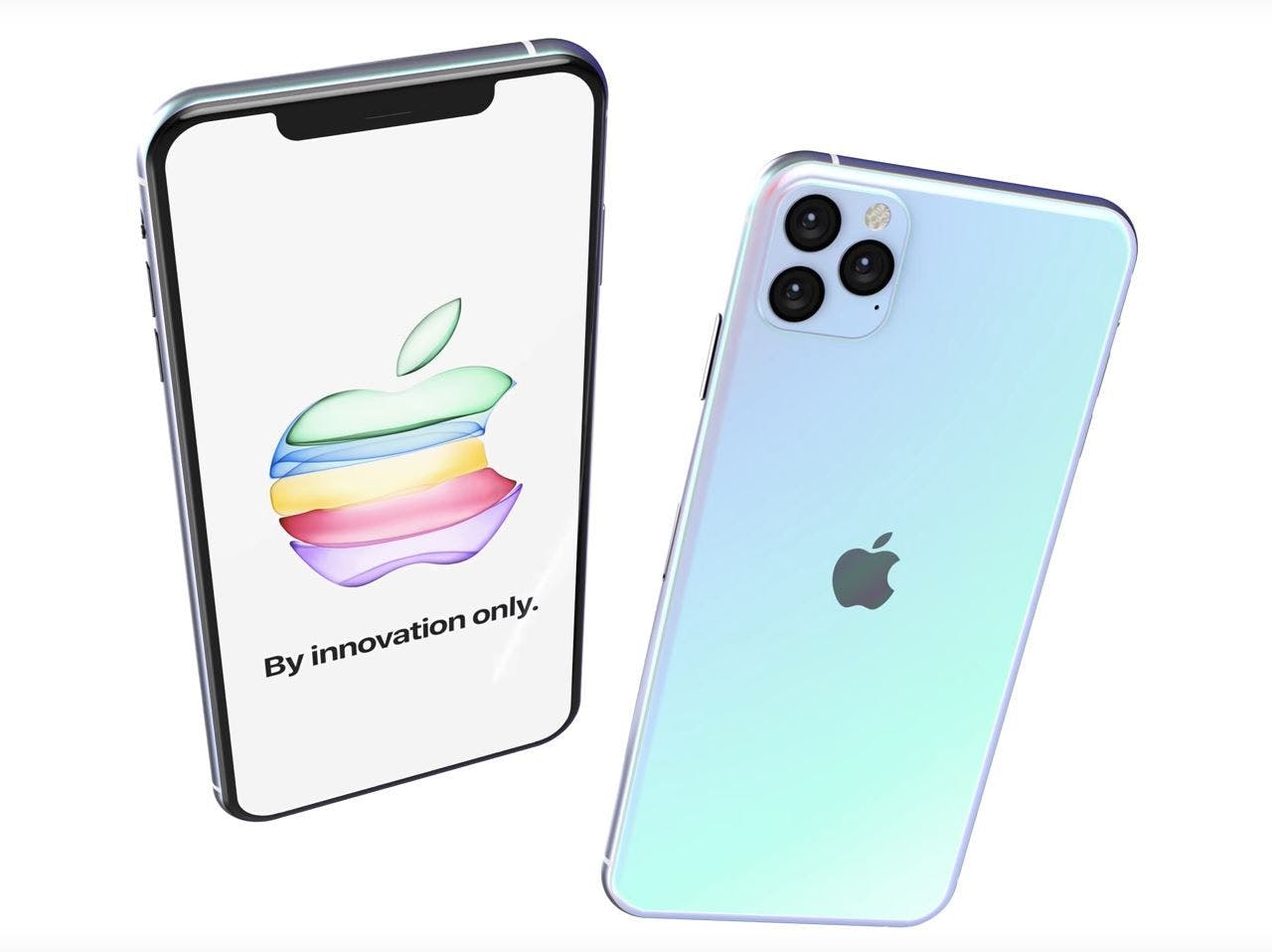 Last But Not Least... What Does the Invitation Hint At? 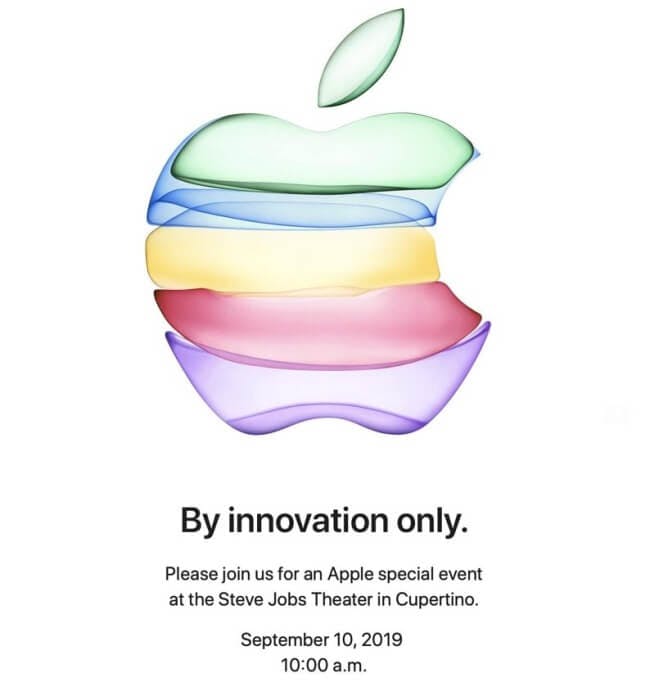 The image on the invitation that Apple sent out could be revealing something to us about what to expect from the iPhone 11. What could this be? We think it is teasing the selection of colours on offer for the latest handsets. A few months ago, there was a leak on Twitter regarding what colours the next generation of iPhones will be (see below).

Below is a mockup of the colours that we could expect from the iPhone 11, based on leaks and general speculation. The mockup includes an iridescent pastel purple. We think that pastels would be an aesthetically-pleasing and on-trend choice for Apple, and we are excited to see how the handset will look when it is unveiled in September. 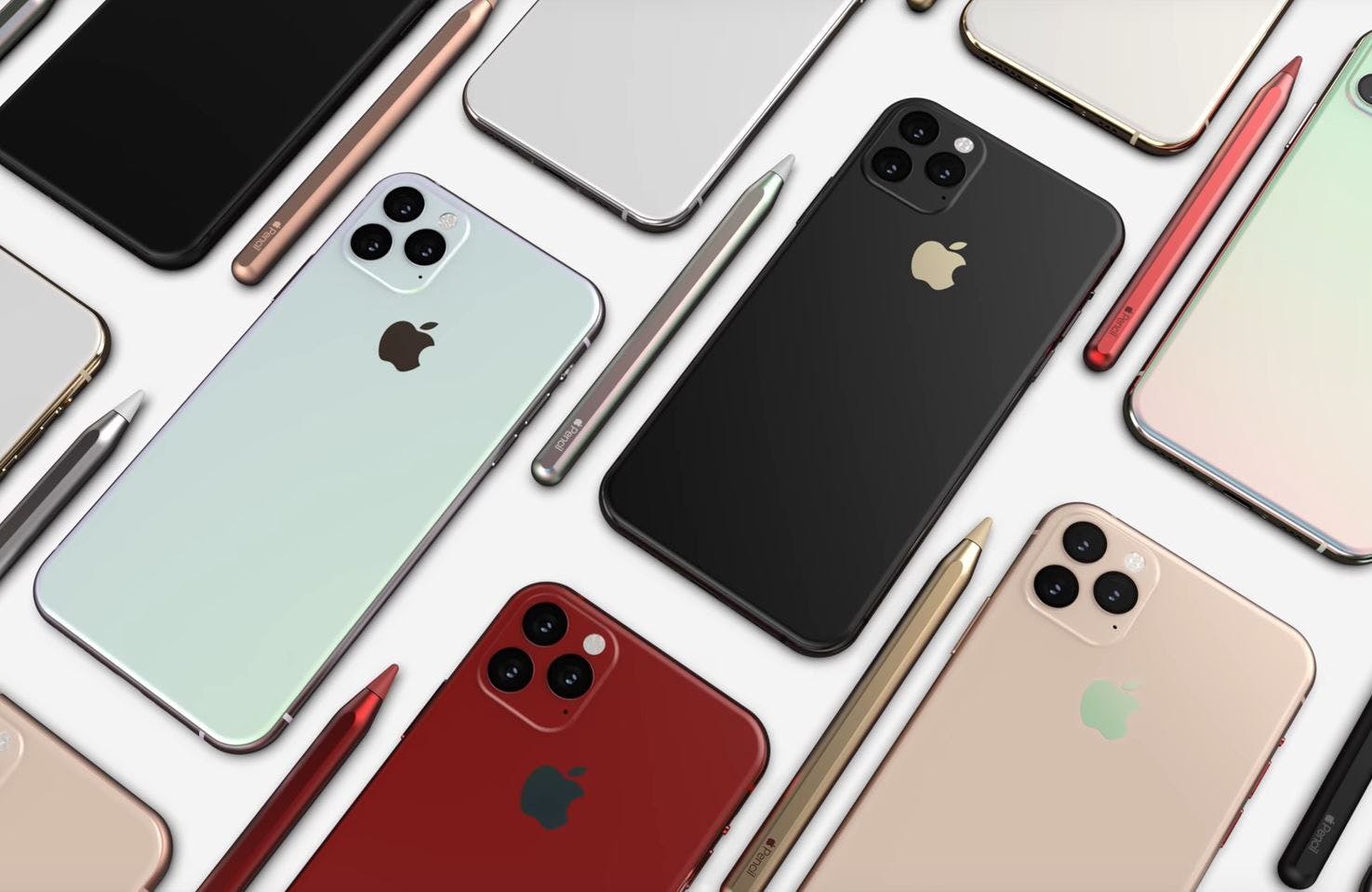 An important point to consider about the iPhone 11 launch is that merchants will be lowering their trade-in prices for older iPhone models. According to our iPhone price tracking report, trade-in values peak just before the latest iPhone announcement and will decrease as soon as new models hit the shelves. If you think your older iPhone is giving up, lock in the resale price while it is at its highest.

While we have been disclosing information about the iPhone 11 from leaks that have become available to view online, ultimately we will only be able to learn about what Apple has up their sleeve on the 10th of September.