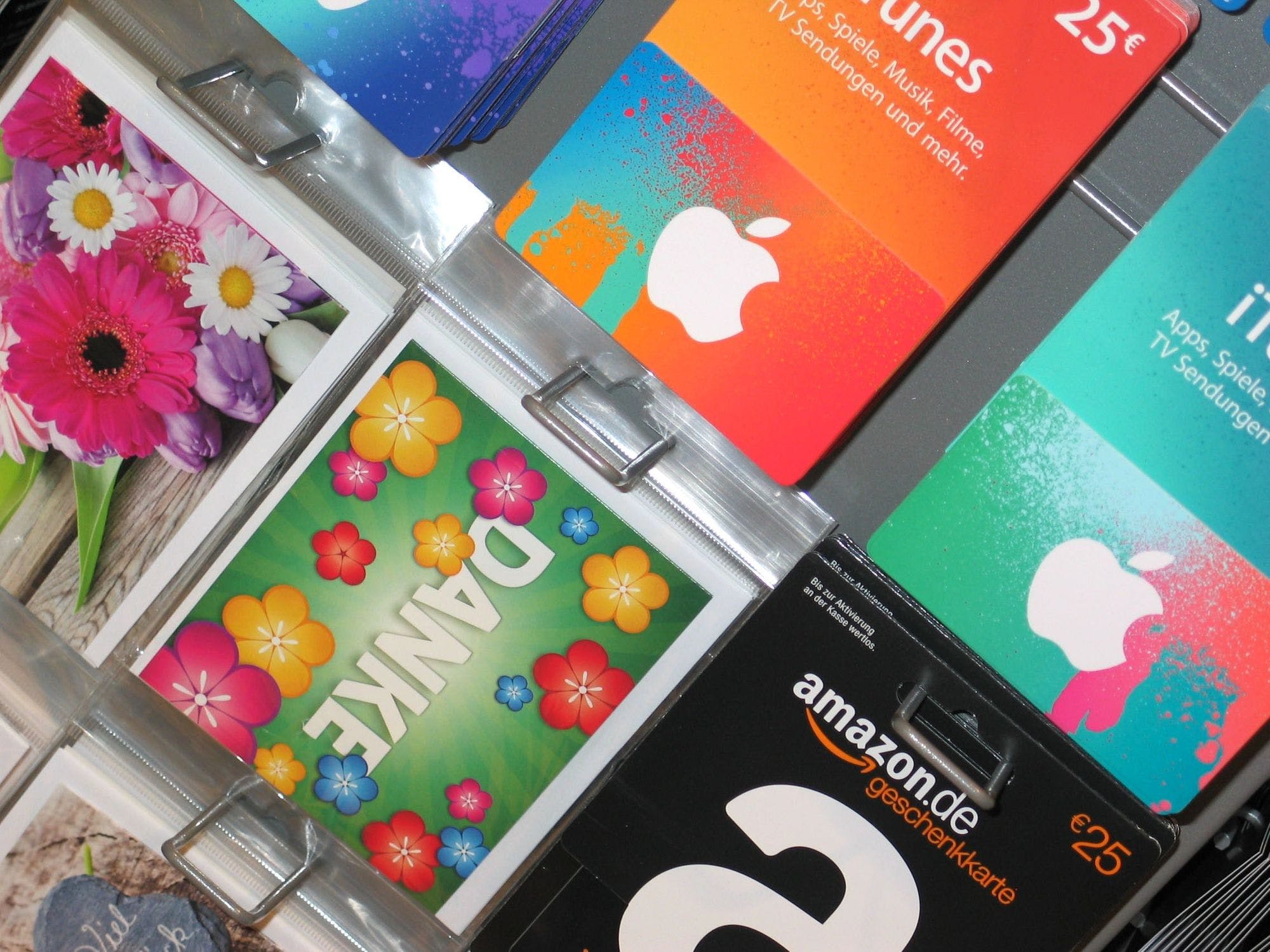 Looking back just a few years, Google was said to be the ‘first stage in the online buying process’ for many. But now, an increasing number of shoppers are now visiting voucher code websites before even considering their supplier. Shoppers know what they want, and the natural next step is knowing where they can get it the cheapest. But that’s not the only reason they want a deal. 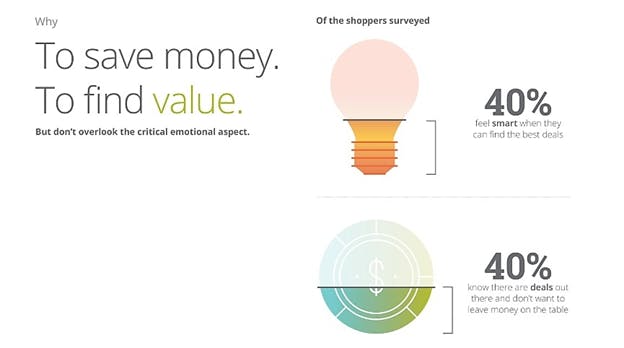 Yes, saving money is important, especially with the long term, lingering effects of the recession still hanging over our heads. But voucher codes have become more than just a way to save; they’ve become a way that we can make ourselves happy. Shoppers feel smart when they’ve used a voucher or a comparison site like ours, they feel they are maximising their potential earnings, and this is why the use of voucher codes and comparison sites is on the rise.

It’s reported that 1 in 3 shoppers use a voucher to make an online purchase, saving £180 per year on average. But it’s not all about the advantages to the shopper; there’s plenty in it for brands, too. In fact, Forrester Consulting reports that shoppers are more likely to try a new brand (or switch to a new brand completely) if they have a discount code, and voucher codes are also shown to drive higher spending.

What is particularly interesting about voucher codes is that they have remained an integral part of the online shopping experience, even as consumer behaviour has changed significantly over the last few years. They’ve successfully transcended from the in-store shopping era to the desktop shopping era, and it seems to be pretty clear that they’re doing a good job crossing over into the mobile shopping era, too.

The Office of National Statistics confirms that smartphones are now the most popular device used in the UK to access the internet across pretty much every age group, except for the over 65s, who show a greater preference for tablet devices. Regardless, mobile overall is the clear winner, with desktop lagging behind. As expected, this rise in mobile use has resulted in a clear rise in mobile commerce. 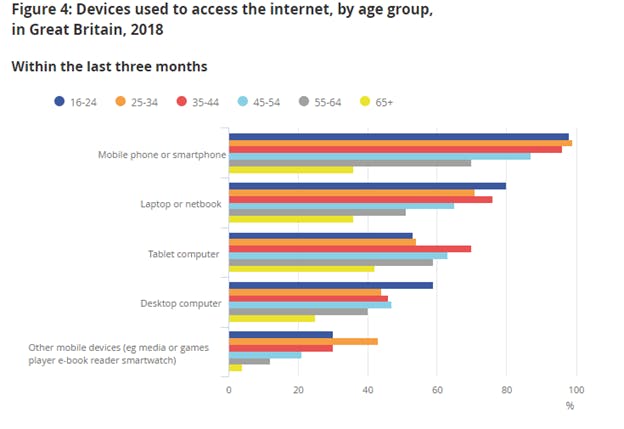 Visitors to Compare and Recycle often visit on mobile, around 60% of our total visitors use the site from some sort of mobile device.

The way we transact online is changing. Nearly half of all UK shoppers transact with a website using a mobile device and, like practically every other industry, the voucher code sector is being influenced by this growing trend for mobile. The voucher code industry is changing to meet the evolving needs of their consumers, ensuring that no matter where a shopper is, they have the discount codes that they need available at their fingertips.

Mobile Use in the Voucher Code Industry

Of course, so far we’ve merely bridged the gap ourselves; if more people are accessing the internet through mobile devices, and more people are shopping on mobile devices, we’ve taken the next step and assumed that there will naturally be more demand for mobile-accessible voucher codes. But is this actually the case? Data taken from voucher code website Plus Voucher Code suggests that’s spot on.

Plusvouchercode.co.uk found that, 2 years ago, there was just a 10% difference in site traffic coming from mobile (52%) and desktop (42%). Today, however, that difference is becoming larger and more noticeable, with more shoppers looking for voucher codes on mobile devices. The business now reports that just 37% of total traffic comes from desktop, with 63% coming from mobile devices (phones and tablets). Surely, on this sector, the increase is also due to the installations of brands mobile app, in fact, the page dedicated to the Amazon discount codes recorded a 134% increase of mobile traffic compared to 2017.

Google put a study on how voucher sites fit into the process of shopping on mobile; 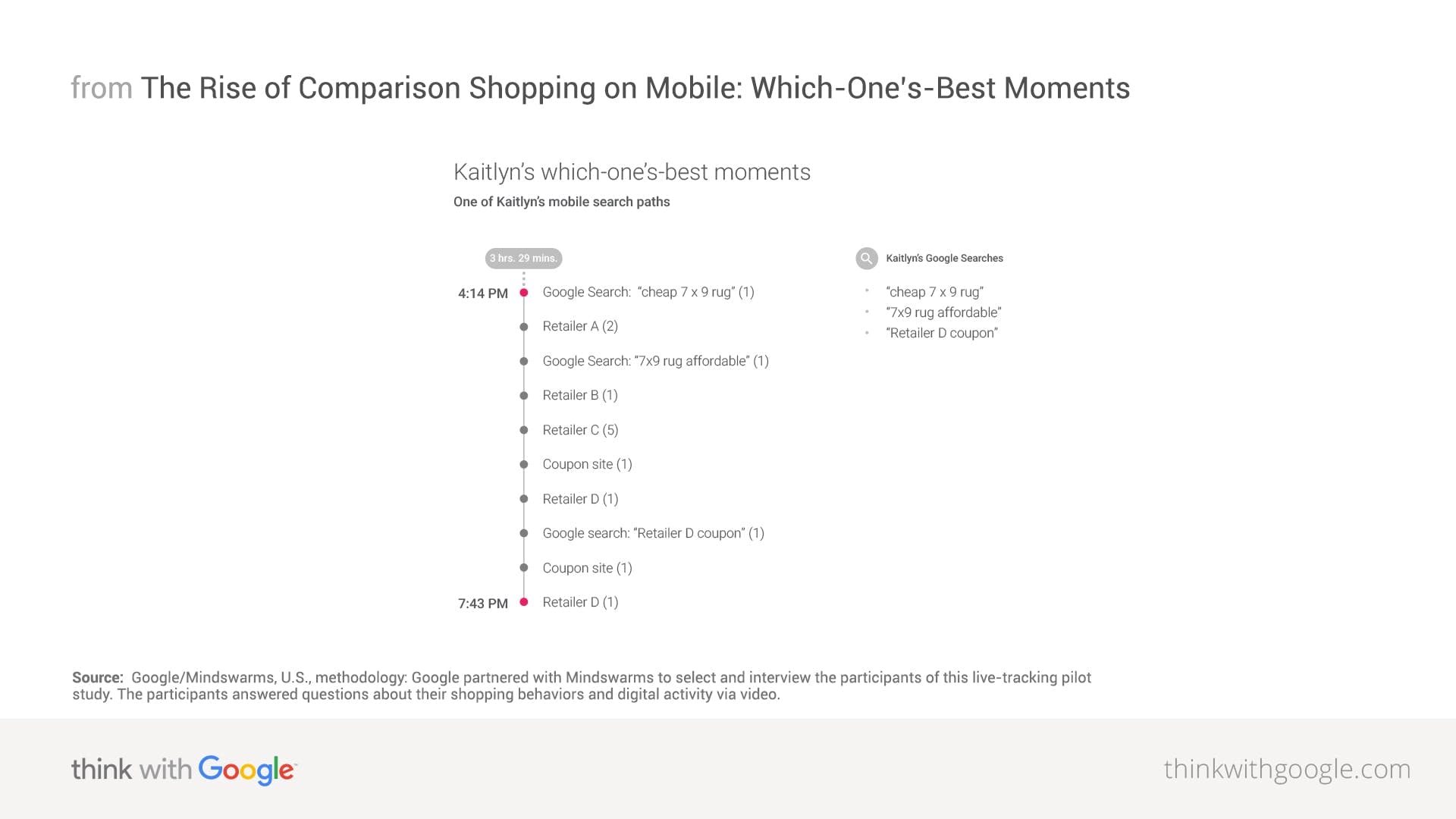 So we know that mobile IS influencing the voucher code industry. The question now is ‘HOW?’. What changes have we seen the industry make in response to this greater reliance on mobile commerce?

The importance of mobile apps is growing as many people begin to show a preference for easy one-click access to a usable, pared-down version of their favourite websites. Research shows that more and more people all across the world are beginning to favour apps over traditional websites, with up to 95% of total mobile minutes being spent using dedicated mobile apps, rather than the more traditional browser. 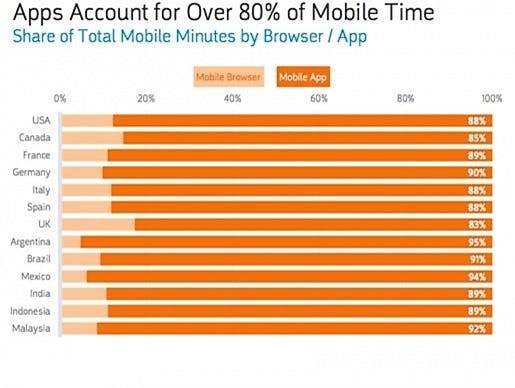 Even in the UK, where mobile users seem to favour browsers a little more than those in other countries, it is estimated that 83% of all mobile minutes are spent using apps. That’s why we’re currently the voucher code industry developing an increasing number of voucher code apps which make it easy for shoppers to find the discounts and deals they’re looking for even when they’re ‘on the go’.

This idea of ‘on the go’ is hugely important, tying in with Google’s concept of ‘micro moments’; small windows of opportunity where a person is in the exact right mindset to convert. Businesses need to be able to reach their audiences at this time, and for the voucher code industry, this time is often when a person is shopping. If they’re shopping on mobile, voucher codes need to be accessible in this way.

We’re also beginning to see voucher code apps being tied into specific forms of mobile data, like GPS. By accessing GPS data logged by the device, apps are able to tell when a shopper has entered a store, sending available offers directly through the app. It’s reported that a quarter of shoppers make unintended purchases when they have a voucher, so this is an effective way to boost sales and profits.

While apps are important, we do need to consider that, according to the Smart Insights chart above, mobile users in the UK still aren’t completely ready to let go of mobile browsing. Unlike countries such as Argentina were mobile browsing is pretty much a thing of the past, about 20% of all mobile minutes in the UK are spent on a browser, rather than an app.

What this means is that, as well as introducing voucher code apps, the industry is also focusing on responsive web design; scaling traditional websites to create a mobile-friendly version that’s simpler and quick to load. There is one concern with responsive websites, however, and that’s that some of the engagement and attractiveness of the standard site can be easily lost through the scaling process.

As we can see, although conversion rates through smartphones has been steadily increasing in recent years, desktops are still the King of conversions. This suggests that responsive websites, while necessary, are still underperforming on the whole. That’s why we’re seeing the voucher code industry beginning to go one step further, slowly shifting away from responsive websites and prioritising ‘mobile first’ design.

Mobile first design is the latest trend in m-commerce, ensuring that responsiveness isn’t an afterthought, and is actually incorporated into the initial design of a website. A number of major brands in the UK are beginning to take this approach, such as The Body Shop who recently launched a mobile first platform, and it is expected that this design trend will be adopted by nearly every industry in the next few years.

It’s clear the voucher industry has successfully taken the necessary steps to ensure they’re continuing to meet audience needs in the mobile era. However, that’s not to say there haven’t been obstacles along the way. A report by the Sussex Innovation Centre notes that ‘promotional codes have fallen behind...by failing to provide the level of personalisation and innovation that consumers have come to expect’.

Perhaps there has been some truth to this, but the voucher code industry have fought back. In fact, right now is a very exciting time in the voucher code industry; a time when we’re beginning to see how the sector will evolve in the near future to ensure that shoppers ARE provided with the level of personalisation and innovation that they have come to expect from other types of marketing campaigns.

The Future of the Voucher Code Industry

One of the ways that the voucher code industry could begin to add a greater level of personalisation and innovation is through pre-emptive offers. We’ve already touched briefly on mobile voucher code apps accessing mobile data, such as GPS, but another potential source of data is mobile calendars. Calendar triggers — birthdays, for example — could instruct an app to automatically send relevant discounts.

However, whatever the voucher code industry is planning, they need to take into account the widespread roll out of 5G networks. Will this affect m-commerce? It’s possible, but this would only present greater opportunities for the voucher code industry to personalise the experience for their audience through aspects such as VR or AR; 2 aspects that are simply too powerful for 4G networks.

Of course, right now no one can say with any certainty how the introduction of 5G could impact mobile usage, or influence the voucher code industry. What we do know, however, is that this isn’t something that is an urgent concern. In fact, a survey undertaken by Deloitte has found that British mobile users aren’t exactly in a hurry to make the switch to 5G, with just 12% hoping to be amongst the first to use it.

It’s quite clear that mobile has had a big influence over the way the voucher code industry operates… but what’s next? What trend or technology will be next to exert influence over the sector? Quite possibly, the next trigger for major change will be the widespread use of voice search, and will occur when shoppers begin to move away from mobile apps and begin shopping more through virtual assistants.

Virtual assistants like Siri, Google Home, and Amazon Echo are tipped to be the ‘next big thing’ after mobile, and smart devices such as Amazon’s ‘Dash’ buttons are already beginning to move shopping away from mobile and towards a whole new form of ‘virtual’ shopping behaviours. Could this be the start of the next phase of evolution for the voucher code industry? We’ll just have to wait and see….