New releases of Microsoft Windows can be very hit and miss. Some versions are immediately loved such as Windows 7, some are just awful such as Windows ME and some divide opinion such as Windows 8. While many were put off upgrading to Windows 8 because of the new interface Windows 10 combines elements of Windows 7 and Windows 8 in an attempt to please fans of both, The new OS is available for laptops, desktops, tablets and smartphones out of the box which sets it apart from most other operating systems. The upgrade is free to anyone with Windows 7, Windows 8.1 or Windows Phone 8.1 and just about anyone using Windows 7 or 8.1 should meet the system requirements to install Windows 10. 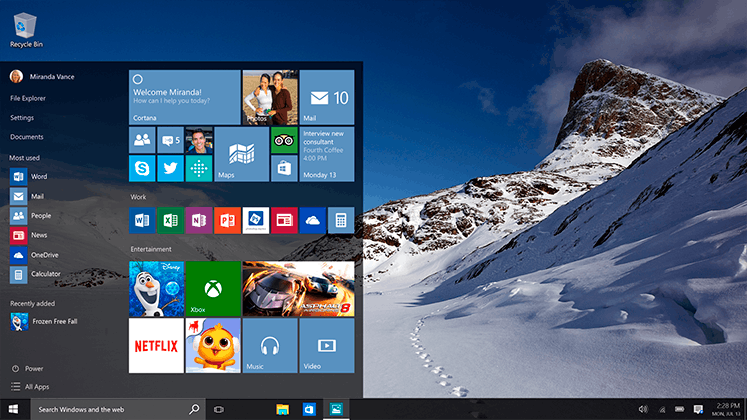 If you’re not upgrading from Windows 7 or 8.1 then it’ll cost you around £83.99 to get your hands on Windows 10. Upgrading from 7 or 8.1 is free if you do it in the next year and since these are the operating systems most users will be coming from not too many home users should need to pay for Windows 10. This is a smart move from Microsoft as charging over £80 to upgrade would just mean most users wouldn’t bother and would only end up moving to Windows 10 if they purchased a new machine.

Those coming from Windows 7 will notice the interface has changed but unlike the initial release of Windows 8 the Start Menu is present and although it has changed a bit most users should get to grips with it right away and it’s quite easy to to just stick to using it to open programs if that’s all you want to do. If the Live Tiles interface from Windows 8 was to your liking then you can drag the menu to expand it and fill with all your favourite tiles.

The taskbar hasn’t changed all that much but there’s now a search bar which works well enough that you can use this to launch apps and get to just about anything without needing to use the Start Menu. Most areas of the interface such as the File Explorer have had tweaks that generally improve the experience but aren’t so different that users won’t understand what they’re doing. There’s plenty of new stuff such as Xbox One streaming and nifty touchscreen improvements although these features won’t be used by everyone. 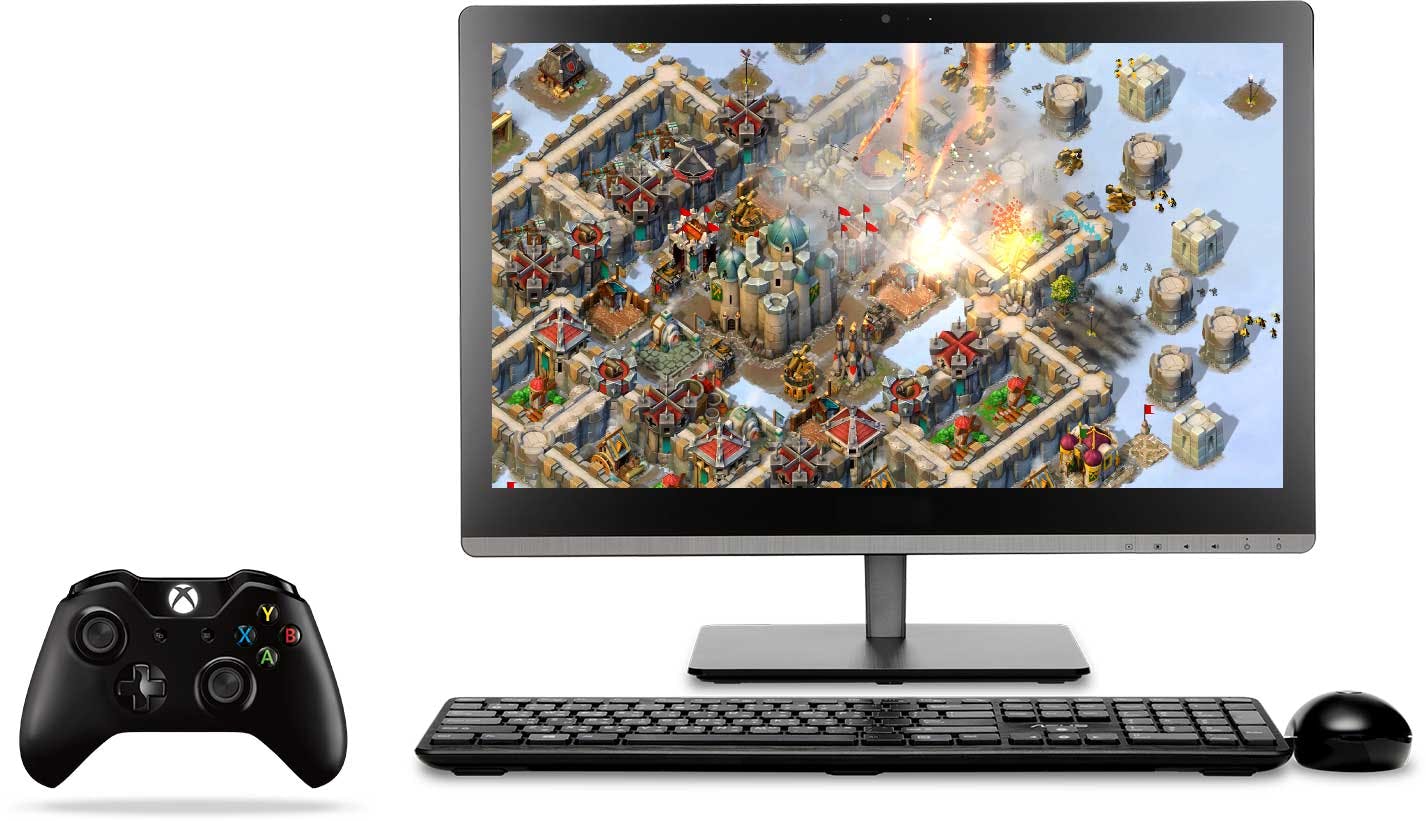 Microsoft are pushing for Windows 10 to be the operating system you use across different types of devices and Universal Apps mean that you can use the same app on a PC, tablet, mobile and even Xbox. Microsoft have made it easy for developers to convert Android apps to run on Windows 10 which doesn’t necessarily mean they’ll do it but since it shouldn’t be too much effort there’s a chance they’ll start to move popular apps across. The Windows Store is a quick and easy way to get both Universal Apps and desktop apps and they’ll stay up to date too which is handy.

The built-in apps aren’t bad with Mail being a reasonable email client, Sports and News aren’t bad but they don’t seem entirely necessary, Calendar is quite a nice app and Groove Music is Microsoft’s music subscription service although you may well prefer Spotify or Apple Music. Internet Explorer has been replaced by Microsoft Edge which is a very decent web browser although if you use Chrome or Firefox you’ll probably still want to switch back to that.

Since most users won’t have pay a penny for Windows 10 there’s no real reason to resist upgrading, comparability seems to be good and no major issues have been reported. Windows 10 seems to be the true successor to Windows 7 with little to complain about and plenty of nice touches. Usually Windows releases need a service pack to get things ticking over smoothly but so far it looks like Windows 10 won’t be relying on an update to be truly market ready.