When to sell your Samsung Galaxy S8 – (Big Spoiler: The Time Is NOW!) 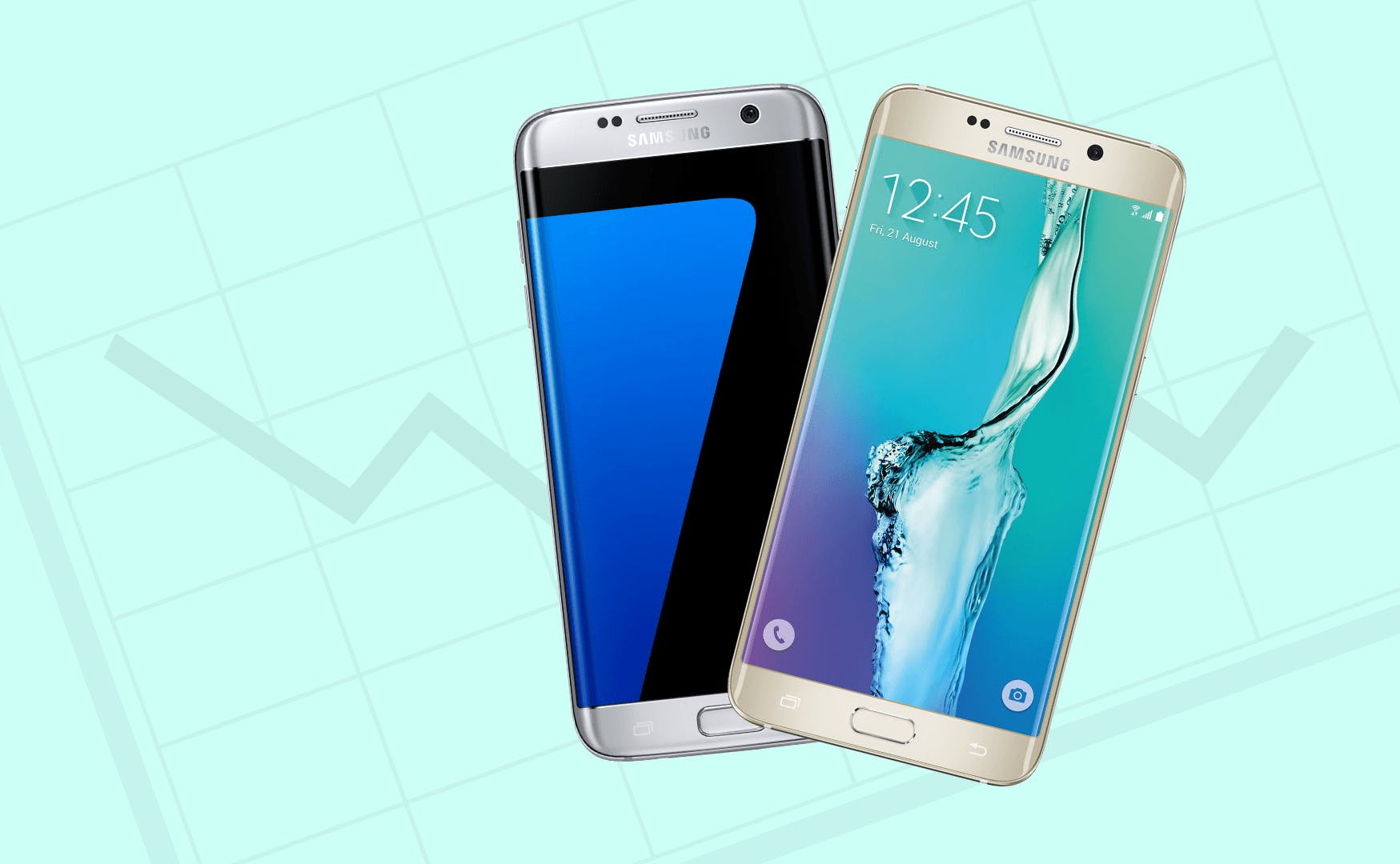 Samsung has unveiled its 2018 flagship offering – the sumptuous and elegantly designed Samsung Galaxy S9. It is a handset of beauty packed with the very latest technology. It is totally perfect, apart from the £739 price tag. That’s a lot of money for a smartphone, even the Samsung Galaxy S9. But wait, Compare & Recycle has used its price tracking algorithms to help highlight a really useful price hack – sell your S8 to fund your S9. If you find yourself asking: “when is the best time to sell my Samsung Galaxy S8”, read on and you’ll find out.

What we have managed to do is evaluate over 30 smartphone recycling providers on our comparison engine. We have done all the math and we can tell you, with some historical accuracy, the best time to trade in your Samsung older Galaxy's to make some extra cash to help pay for that shiny new Samsung Galaxy S9.

We hope the data compiled from our comparison engine will help you decide on the best route for maximum Samsung Galaxy price return.

We understand that the ‘majority’ of mobile phone users have a 24-month contract. This means there is a two-year lifecycle on handsets. What that means is that most mobile phone owners will be recycling S7’s. In fact over the past month, we have seen the S7 edge and S6 join the ranks of "most popular devices" being sold through Compare and Recycle.

However, the growing legion of twelve-month contract phone owners mean there is a burgeoning demand for S8’s in due course.

Once the Samsung Galaxy S9 is released to the public, recycling vendors will see a spike in handset recycling offers for earlier models – especially the S8 and S7. This will help push handset prices down due to the volume-based pressure of so many people upgrading and recycling older handsets. 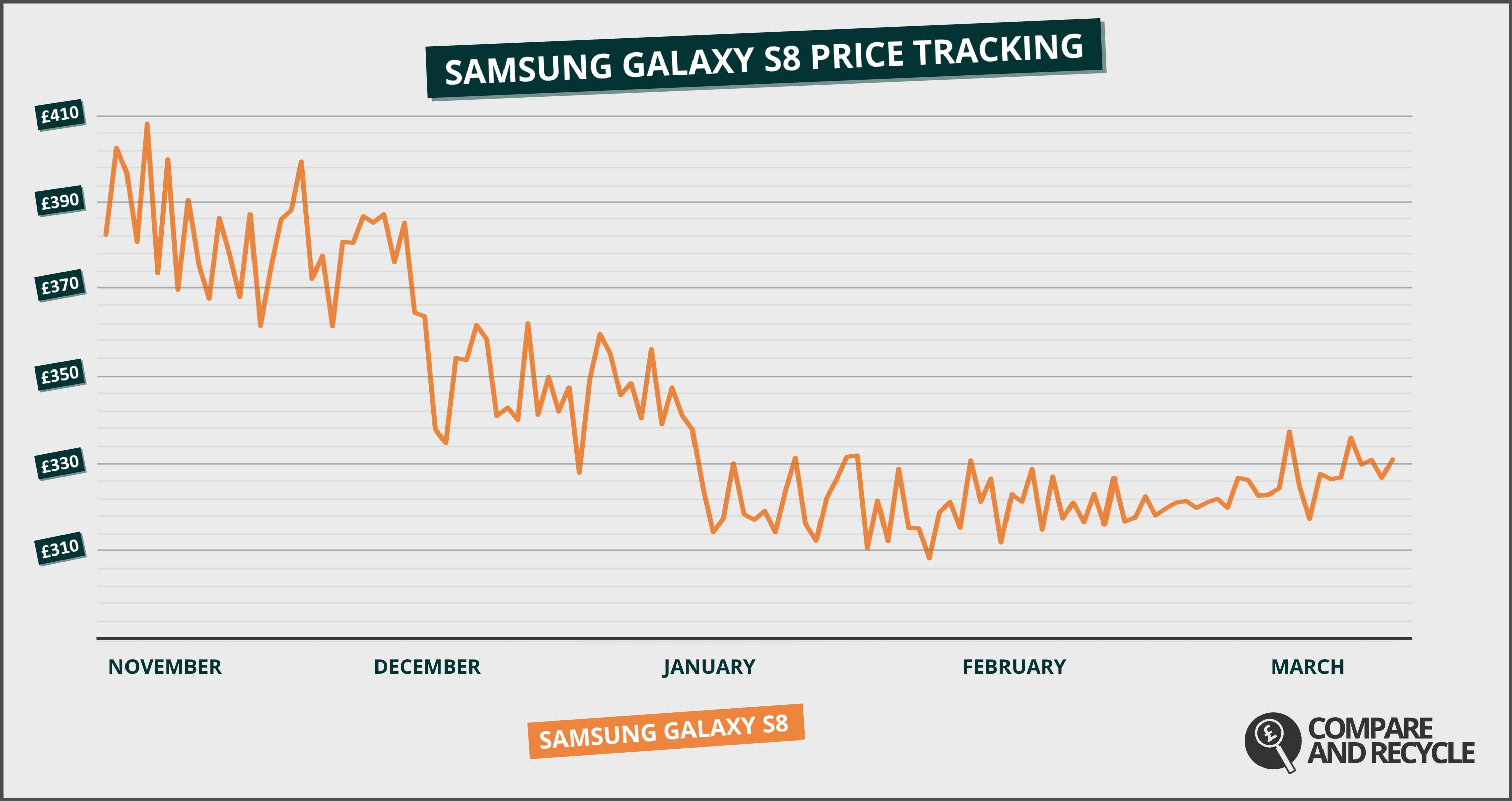 It is clear that the best time to sell your old Samsung Galaxy S8 device is now, just before the S9 hits peoples homes, with recyclers offering £20 more than they were in January. Lock in your price now for up to 14 days to make the most of those great buy back prices! 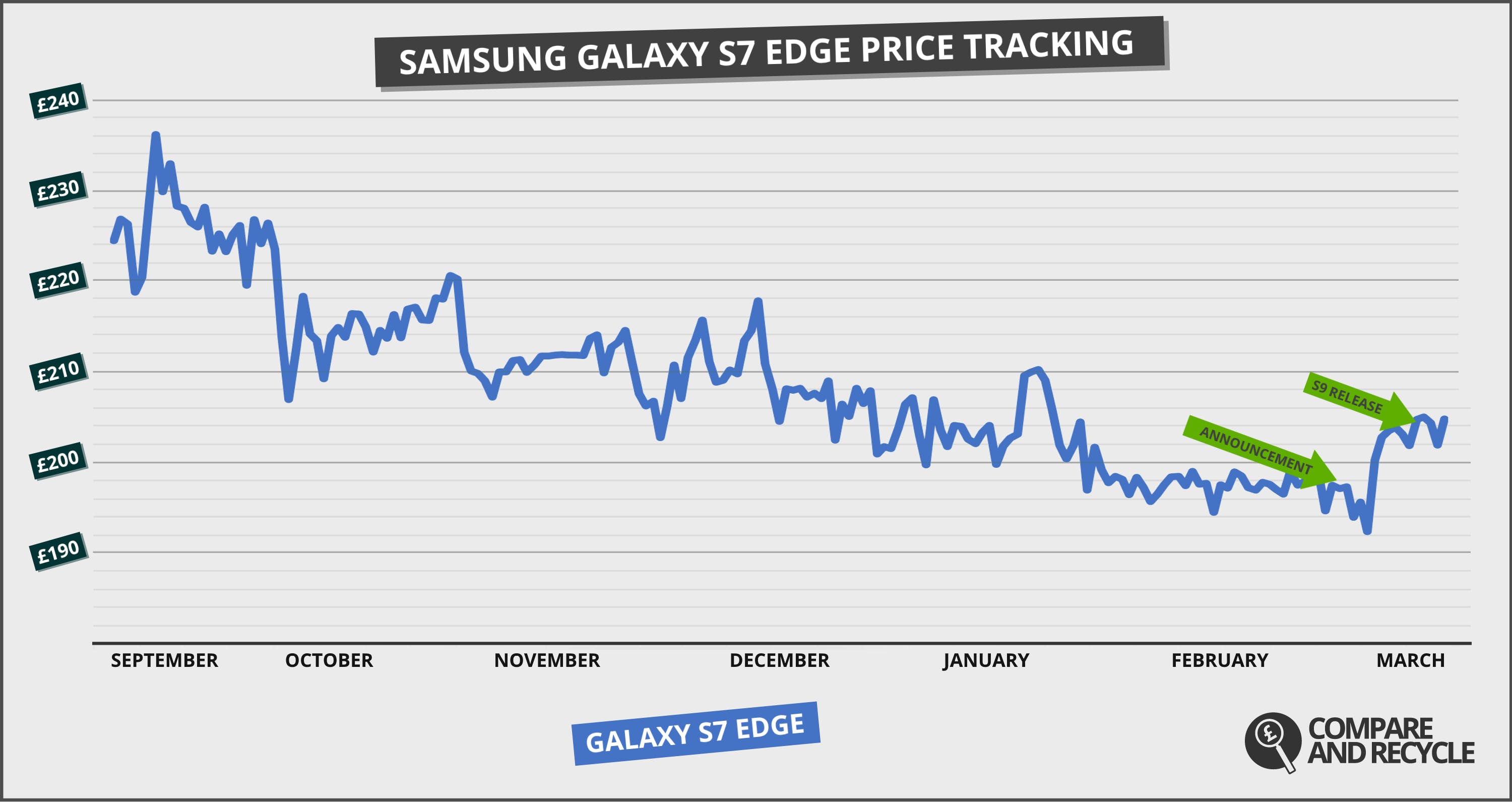 The S7 Edge is following the same pattern, being the Samsung that most people are trading in for the Samsung S9. So the demand is high from recyclers to make sure they get your mobiles. The prices have shot up since the beginning of March as a result and you could get yourself an extra tenner from selling your old S7 Edge now.

A lot of people won’t want to sell before the new shiny handset is available. We can’t live without our handsets. The same goes for those Samsung Galaxy S7s and S8s.

We are anticipating the same experience when the S9 is released on Friday 16th of March 2018. The price of the S7 will follow a similar trajectory as the S6. Selling up a Samsung S7, or even an S8, could help you part-fund the S9. And selling a Samsung Galaxy S7 or S8 after the release could prove costly. So, get out there now and get locked in with a decent price for your old device.