What Will Apple Bring To The Table In 2018 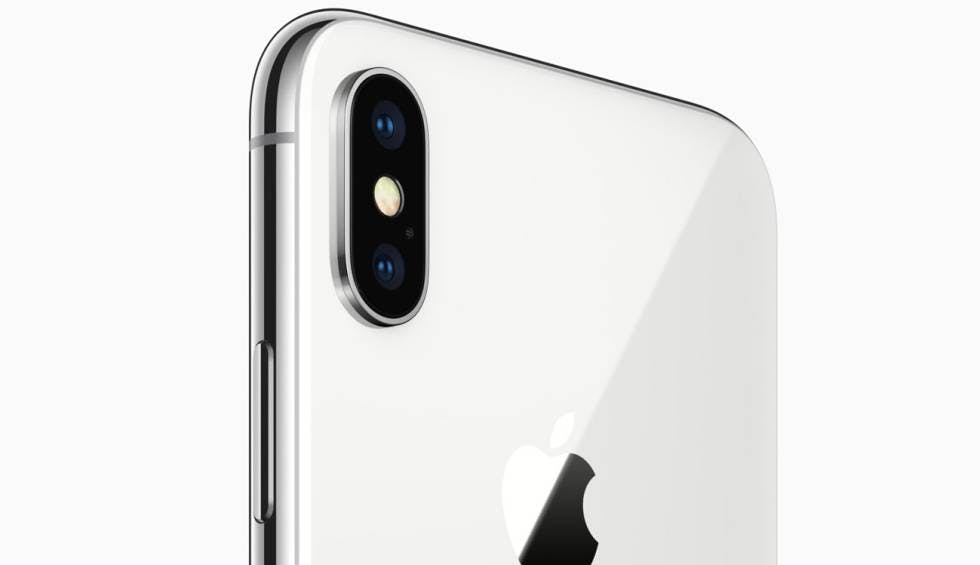 It has been more than half a year since Apple unveiled its new line up of iPhones and we decided it's time to round up all the talks on the web about upcoming iOS devices.

Learning from the iPhone X

If we are to believe the recent reports, iPhone X sales are not meeting expectations. In the first three months after launch back in November 2017, iPhone X sales amounted in 20% of all smartphones sold by Apple. The mobile phone industry has a pattern that the first months after a launch is a pretty good indicator of overall demand for a particular device, so what does this mean for the iPhone X? Well although the bar graph below looks positive, we can see that in the first months of sales after the new release, the iPhone X was not even close to the numbers that were achieved by the iPhone 7 and Plus viariants last year:

Although owners of the latest and greatest iPhone are quite happy with their device and would recommend it, a recent survey revealed. In some sense the iPhone X innovation paid off, but we should not forget how many potential customers turned away from making a purchase due to the hefty price tag starting at £999.

Reports indicate that Apple is seeking a 10% price cut of OLED panels from Samsung to make its next generation iPhones less expensive. The price cut deal will benefit all three parties: more production volume for Samsung, more sales for Apple and more customers will get their hands on one of the devices.

New iPhone models we should expect

Industry analysts predict three new iPhones to be unveiled some time in September 2018:

6.5 inch iPhone with OLED panel, potentially being the Plus version of the iPhone X 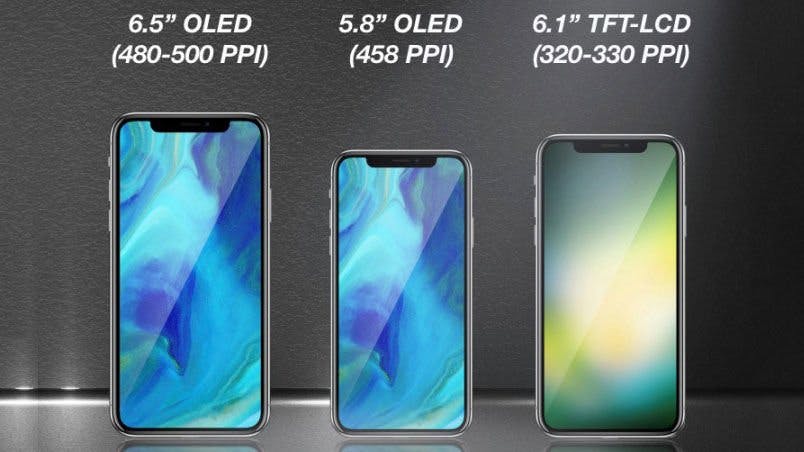 Apple has followed identical design choice for its iPhones for 10 years making every new generation slightly bigger and tweaking some features, feel and build. Keeping this in mind, the next 10 years could be set by the design of the iPhone X evolutionary design.

We expect 2018 iPhones to sport bezel-free design and slightly smaller notch. Ohh, and no home button. Analysts predicted that Apple is looking into ways to implement face recognition sensor into camera module making it possible for the notch to require a smaller cut out in the display. 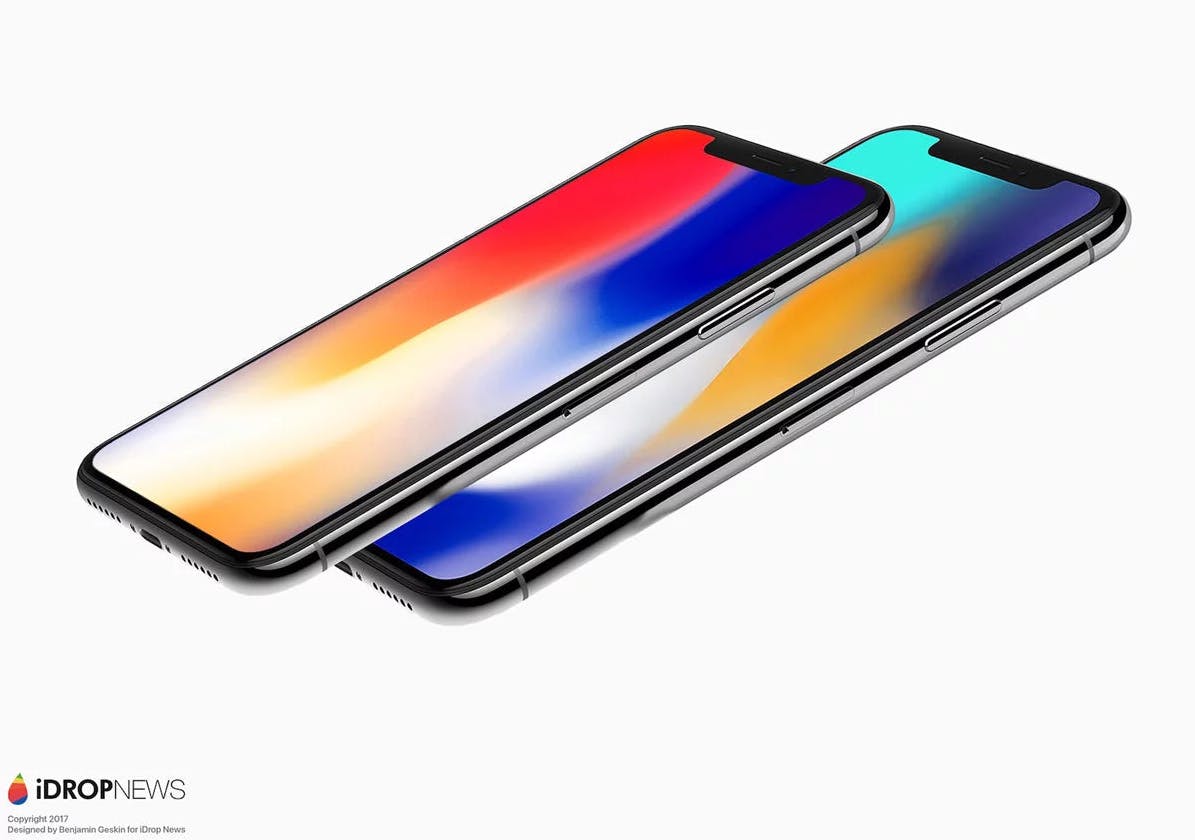 Another patent suggests that Apple could place all sensors between pixels leading to sensors being embedded in the display. Could this indicate that the notch might be gone completely, and we'll get an absolutely bezel-less phone? Not likely. Maybe...in 2019. Poor Android phones that jumped on the "notch" bandwagon trying to copy Apple's trend.

Apple is more likely to continue offering wireless charging feature to its 2018 OLED iPhones meaning the backs of 5.8-inch and 6.5-inch devices will be made from glass. Whereas for the cheaper LCD iPhones Apple might go for a metal back to make the device more affordable.

Let's talk batteries first. According to analysts we might see some improvements. iPhones with LCD screens will most likely come with 2850-2950 mAh rectangular battery. Whereas the OLED panelled models should sport 25% more battery capacity than the iPhone X and offer 3300-3400 mAh L-shaped battery.

Analysts say the iPhone X successors might have 4GB of RAM instead of 3GB in the current iPhone X. No mentions about the next generation of Apple's processor the A12, but we assume Apple plans to release it with new iPhones hence RAM boost.

Apple's 3D cameras are already years ahead of Android phones, so it's less likely we'll see any True Depth camera technology upgrade. However, rear cameras might get tweaked a little bit sporting some clever features for AR and advanced photography modes. We've been hearing talks about Apple looking into incorporating triple rear camera set up for its next iPhones. Yea, something that Huawei did with P20 Pro unveiled last month. But take this with a grain of salt as triple camera armed devices might be only introduced next year. 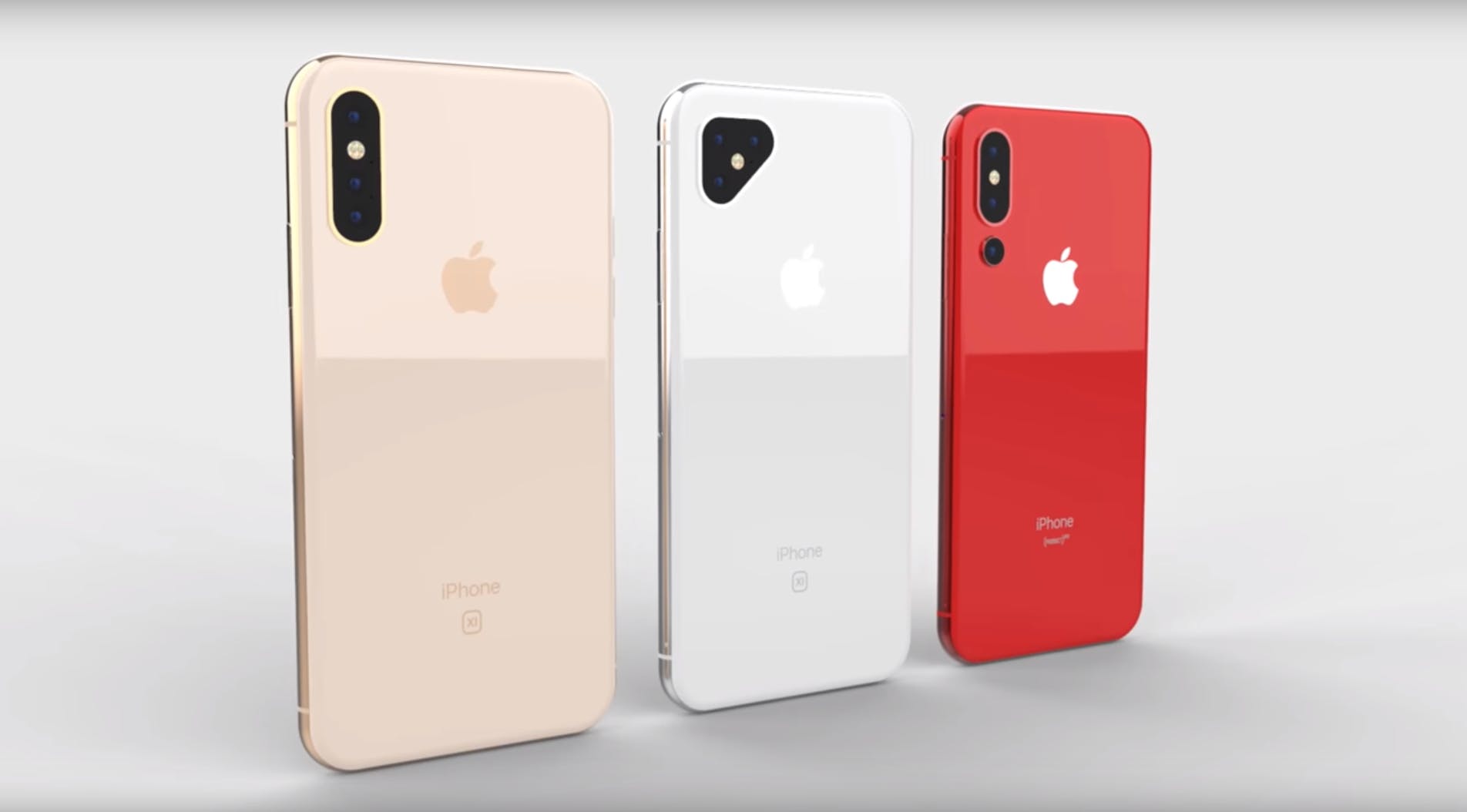 We don't know yet what the new iPhones will be called: iPhone XI and iPhone XI Plus, iPhone Xs and iPhone Xs Plus or a combo of two options... We can keep on guessing. We anticipate more accurate leaks will start appearing closer to September some time mid-summer. All we can suggest is you watch this space for other hot rumour break downs and any confirmations. Hopefully, Apple will learn from iPhone X mistakes and we won't see prices exceeding ££££ barrier.