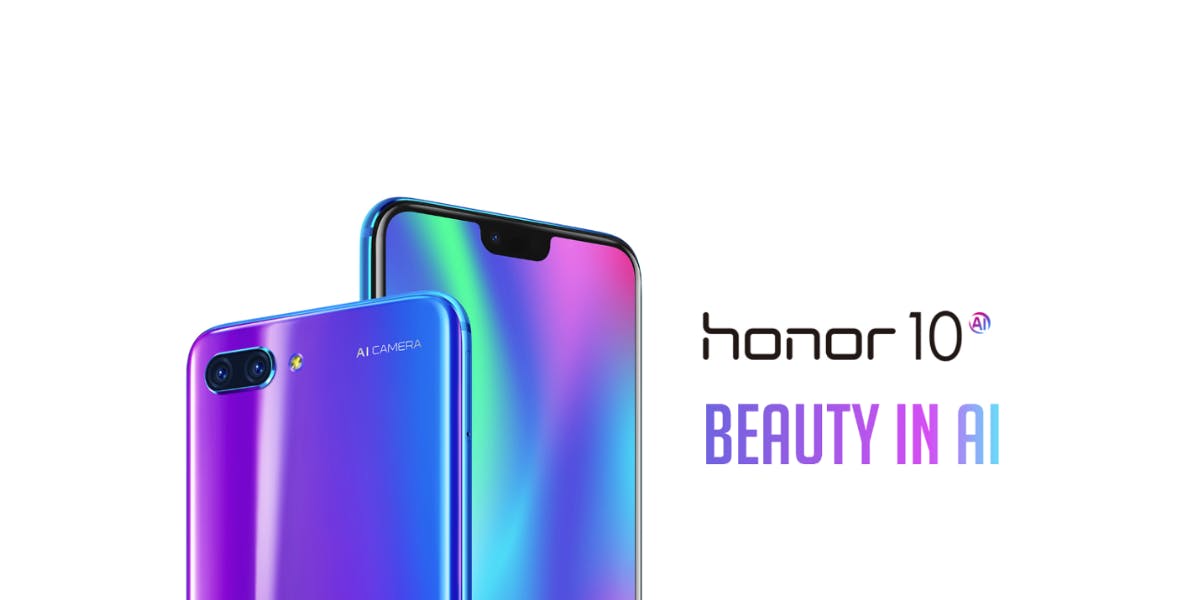 Just few hours ago Huawei sub-brand's Honor Global president George Zhao took the stage in London to announce the most beautiful phone they have ever made.

Not so long ago the Huawei P20 line-up was released with all the latest bells and whistles and not to forget to mention with Pro version sporting a triple camera set up and 5x Hybrid Zoom. The Honor 10 takes the best of Huawei P20: good looking design, AI camera capabilities, Kirin 970 and wraps it in the package with a surprisingly affordable price tag. So what's the point of going for P20 when you can save £££ and still get practically same phone? Let's break it down so you can judge for yourself.

Wow. WOW! When you see the device and how it reflects the light and shifts colours, you won't deny that it's the most beautiful looking phone on the market.

Honor's design team got inspired by motion and dynamics and incorporated the concept of waves into Honor 10 look. There's something similar to P20 Twilight colour version, but it's a lot more different. Depending on the angle you are looking at the Honor 10, the back of the device will reflect the light in various shades. The way the phone reacts to light leaves an impression of cascading waves. This pearlescent colour is highlighted more on Phantom Blue and Phantom Green options and is truly mesmerising.

The science behind this stunning effect and premium look is the 3D coating technology that uses 15 layers of glass and takes twice more time to produce than the one seen on Honor 10 predecessor. There are more classic colour variants available: industry's standard Midnight Black and traditional Glacier Grey.

The Honor 10 comes with a decent 5.84-inch LCD screen, but this doesn't make the phone bigger itself. The phone feels comfortable in hand and gives a lot of screen. The optional notch contributes to a higher screen-to-body ratio. The metal trim surrounds the phone housing USB-C port, a 3.5mm headphone jack, volume and power buttons. The redesigned fingerprint sensor adds clean feel and maintains the uninterrupted lines.

At launch event, the fingerprint sensor was advertised as under-display which made us think at first that's the same we've seen on Vivo's and Huawei's Mate RS phones. Choosing ultrasonic sensor, Honor hided the fingerprint readers under the glass on the chin embedding it in the front panel. It's a step forward but still not quite the most anticipated technology of this year. As an alternative ay to unlock, there's also a face-unlock option that scans your face in milliseconds and unlocks the device when the phone is turned on.

The media quality partly comes from hardware and the final result is a combination of megapixels and AI processing. The rear dual camera has a 24MP monochrome lens and a 16 MP colour shooter. The magic happens after the picture has been taken. Artificial Intelligence will start processing the image being able to identify more than 500 different scenarios and 22 categories and apply improvements to deliver the best possible outcome.

The notch on the front houses a powerful 24MP camera that has a little extra for your selfies - portrait mode with lighting effects. Yes, something already seen on the latest iPhones. You can shoot portraits with rear camera and apply portrait lighting too. 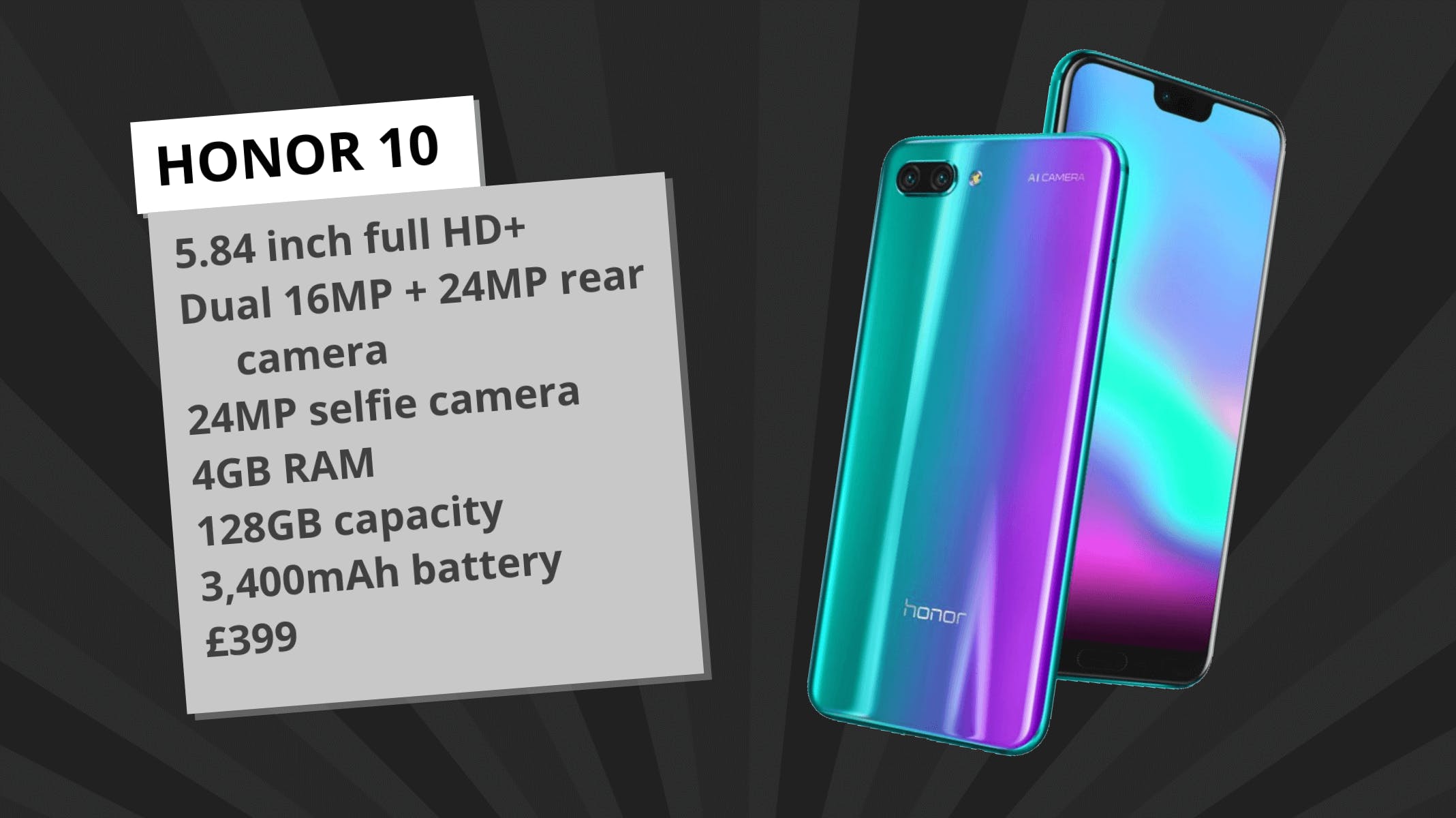 The Hisilicon Kirin 970 will do everything you ask it for. You shouldn't notice any issues as this is the latest powerhouse processor from Huawei.

The shiny Honor 10 comes with 128GB on board, but some markets will have a 64 GB available as well. Honor has announced 4 GB and 6 GB of RAM will be for sale. One thing to keep in mind is that the phone won't have expandable storage, so if you go heavy on photo taking or use lots of apps, better for a 128 GB option, it's unlikely you will fill it up, but still better to have more than less.

Honor 10 battery has been boosted to 3400 mAh so this should be enough juice for the whole day use. Even if you have a day of extensive usage, you can fast charge and get full charge in less than 2 hours. We are surprised this extra feature made it to Honor 10 which is a nice bonus at a fraction of a price.

Are you thinking above £500? Think again. £600? Nope. All these high-end features, Huawei's best processor, AI infused camera, premium design that will make you go WOW - will set you back £399.99 SIM-free 128GB version. 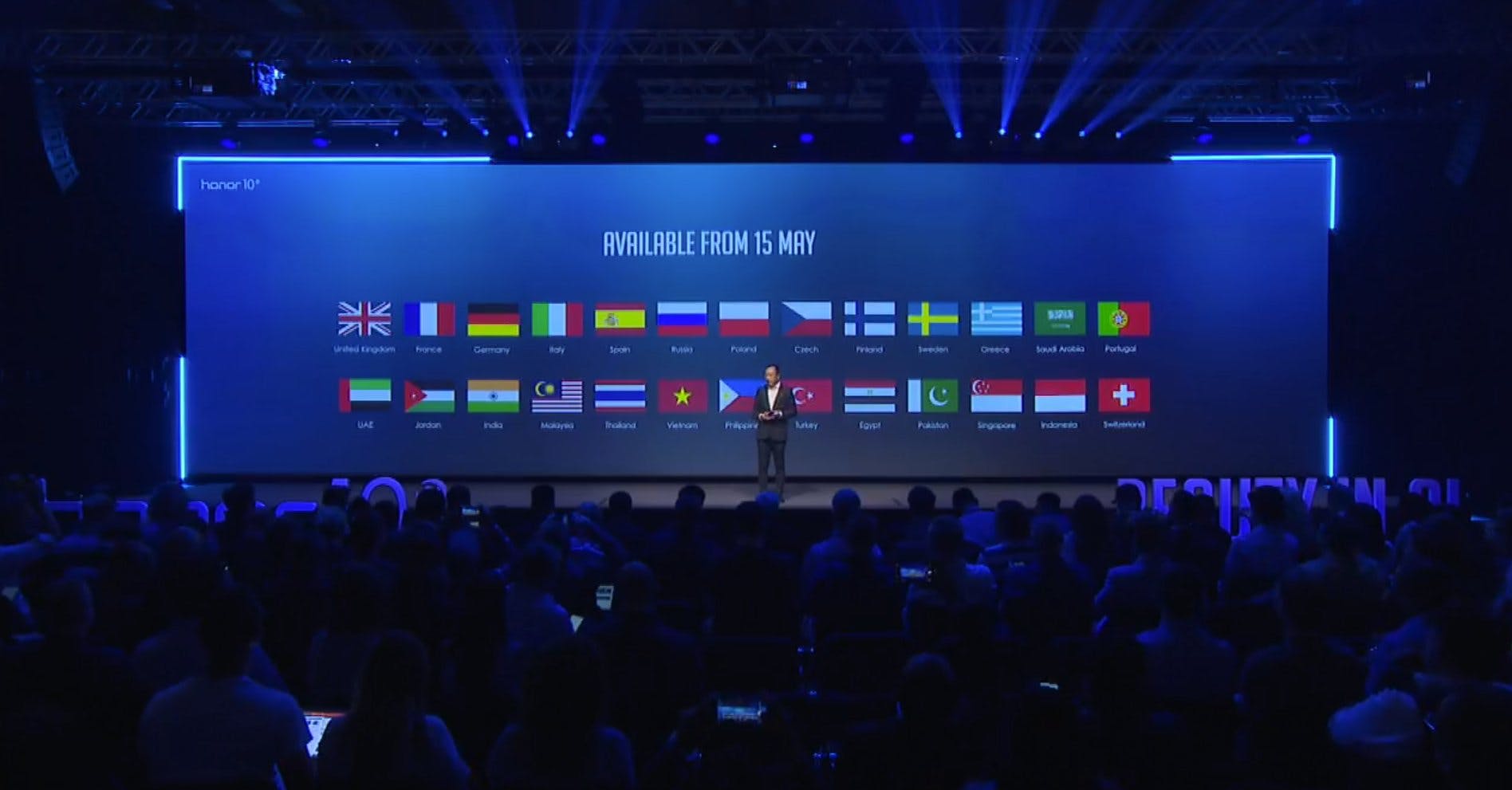 The price and features set high competition for OnePlus 6 which is about to get announced. The phone has lots of stuff to brag about and comes with decent extras. It is a good option to acquire a good-looking device with good specs under the hood.