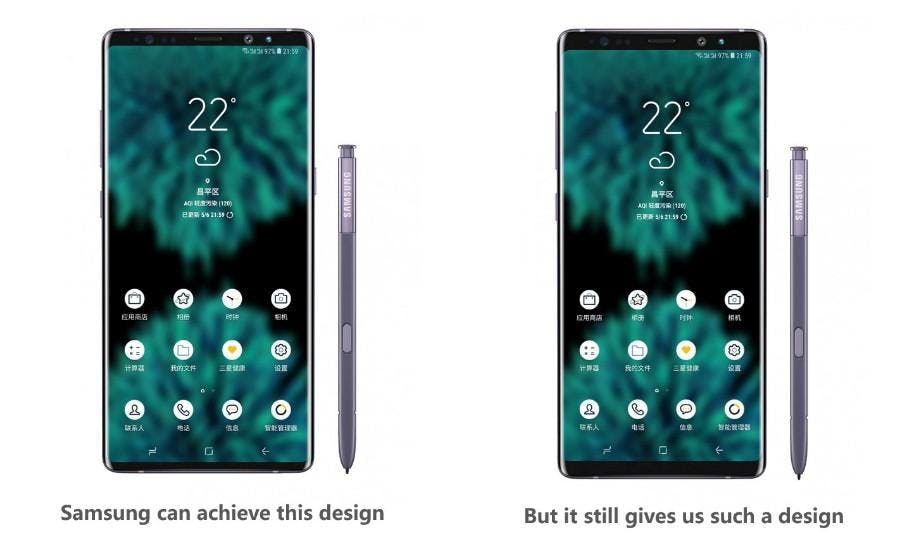 How do Samsung follow the well-received Note 8 now that everyone has forgotten about the failures of the exploding Note 7? Easily, they push the boundaries, learn from their mistakes and improve what already makes them the world’s bestselling phone manufacturer. But will the Note 9 follow suit?

What’s in store? What’s been said?

Forbes is particularly harsh in its assessment through a series of exclusive looks and leaks, praising the improvements but focussing on the design of the Note 9, which stays (according to leaks) near or identical to the Note 8.

But we think there’s lots to be excited about, a more visually impressive screen, the capacity is said to be doubled to 512GB and RAM increased to 8GB, firsts for any Samsung Galaxy phone, the capacity will potentially be upgradeable via MicroSD. There are conflicting predictions around the specifications with websites T3 and Forbes disagreeing considerably.

One thing that all the websites seem to agree on is the disappointment surrounding the new handset. All seeming to be instigated by one serial leaker Ice Universe on Twitter. The following tweet has kicked up a bit of a storm:

However, all but confirmed is an upgrade to the front camera. If one thing was missing from the S9 it was that the front camera was found lacking in a lot of . The Note 9 is said to be improving on this by upgrading the front module.

When will I know more?

August 9th is the “unpacked” event where they will be of course listening to the rumbles and grumbles of journalists around, so let's see what they end up with.