After years of steady improvement this year Samsung really got things right with the Galaxy S6, which all things considered could well be the best phone on the market right now. The combination of performance, appearance and build quality make it very difficult to criticise the S6 and the strong sales performance came as no surprise. What was a little more surprising was how popular the Galaxy S6 Edge has been. After rumours of an August launch the first pictures of the Samsung Galaxy S6 Edge Plus seem to have appeared. 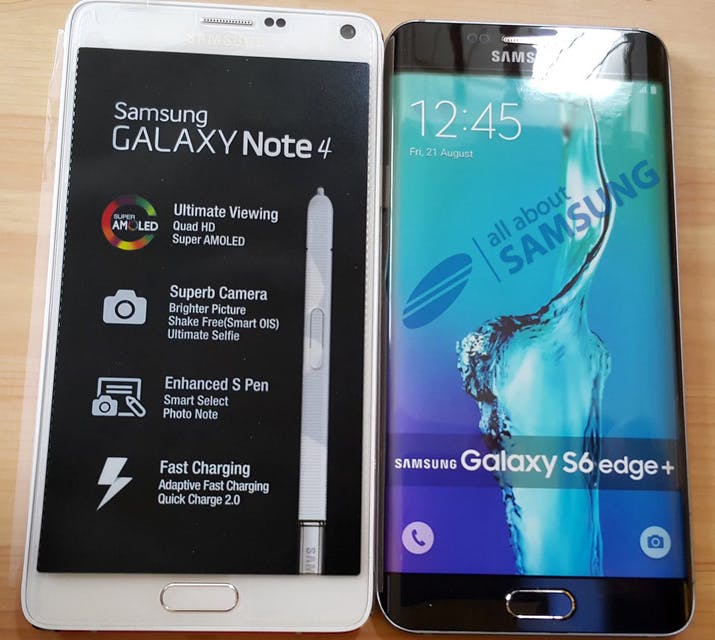 The curved display of the S6 Edge could easily been dismissed as a gimmick by the majority and although Samsung did add a few features to make use of the curved edges the only real reason to opt for the S6 Edge over the original is because of how cool it looks. Looking cool seemed to be enough however as adding the curved display to the already fantastic S6 sold a lot of phones! It’s hard to see any visual differences with the S6 Edge Plus but as you can see in the image above the screen is about the same size as the 5.7-inch Galaxy Note 4 so it will be larger than the original.

If leaks are accurate then the S6 Edge Plus will feature the same processor as the original while other specs are completely unknown. We wouldn’t expect any serious upgrades although with more space inside the device a larger battery is a definite possibility and would help combat the extra juice required to power the larger screen. The S6 and S6 Edge certainly haven’t been struggling to sell but a larger version of the Edge would present a more direct competitor to the iPhone 6 Plus than the Galaxy Note 4.