Opinion Piece - Is the Google Pixel a Game Changer?

The Pixel brand is a new direction for Google. Google wanted Android to be device free. This allowed a community of device manufacturers to collaborate. However, Apple has dominated the high-end marketplace. Even the best efforts of HTC, Samsung and LG have yet to make a real dent in this lucrative marketplace. Pixel is meant to be the vanguard in highlighting Android’s premium qualities and its high-end abilities for the more discerning consumer. Now for the more eagle-eyed reader, yes, Google has made its own handsets before. They usually partner up in order to create a current OS variant dream phone – they’ve worked with LG, HTC and Huawei. Google also disastrously purchased Motorola and attempted to manufacture phones in the US once again. 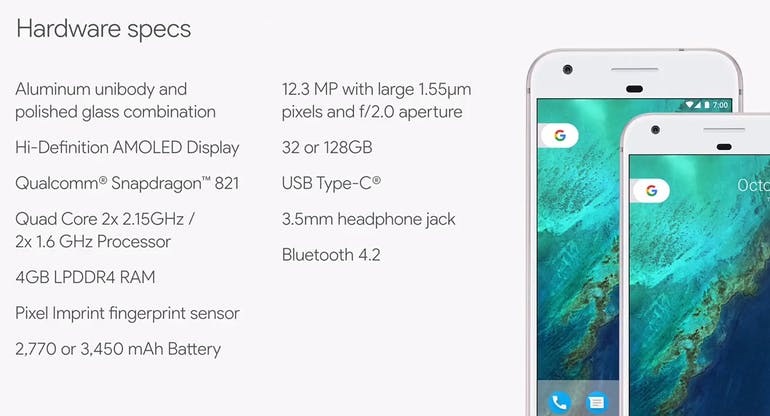 What Google Pixel is meant to mean is a focused offering to the Android fanbase with a “Made by” Google promise. So, this is not the end of the Android alliance between manufacturers but a nuanced move by Google to create the dream version of Android and to showcase the very best of Android in both software and hardware terms. The “and hardware” is the key distinction in this argument. The features are worthy of discussion, but the fact Google wants to showcase Android, illustrates a growing disquiet among the Googlers at Mountain View. This disquiet surrounds an inability to dominate the hardware argument. Pixel changes this dynamic for Google and for the Android smartphone market as a whole!

Why does it matter? Google has wanted to push certain technologies, but some technology partners have failed to grasp the scale and role of these new software developments. Key among these is voice assistant. “OK GOOGLE” isn’t as cool as Siri or Echo or even Cortana. Google has a strong OS and a killer platform in Google.com. What they don’t have is a strong human-to-machine AI personal assistant. This is because the technology has never been in Google’s favour. Pixel ends this state of affairs by creating multidirectional microphone and speaker technologies and immersing them within the bezel and device framework. The improved voice assistant is a core feature of Pixel.

The other key features are worth noting, from superfast charging to unlimited cloud photo uploads, and are all central to the Pixel experience. The unibody design, the branding, the “Made by” philosophy and the role of not white hatting Android but creating a premium Android are all worthy endeavours.

In consumer research, Android is not noted as a premium experience. Google Pixel is Alphabet’s response to this consumer problem. It is a heartfelt attempt by Google to right this wrong. However, whether the phone is a game changer depends of market and consumer attitudes. The newly-released device is selling well and has a large canon of carriers ready to offer it to their consumers. We will have to wait, but the development of the “Made by” Google Pixel device is a game changer for Google as a company. That much we know already!