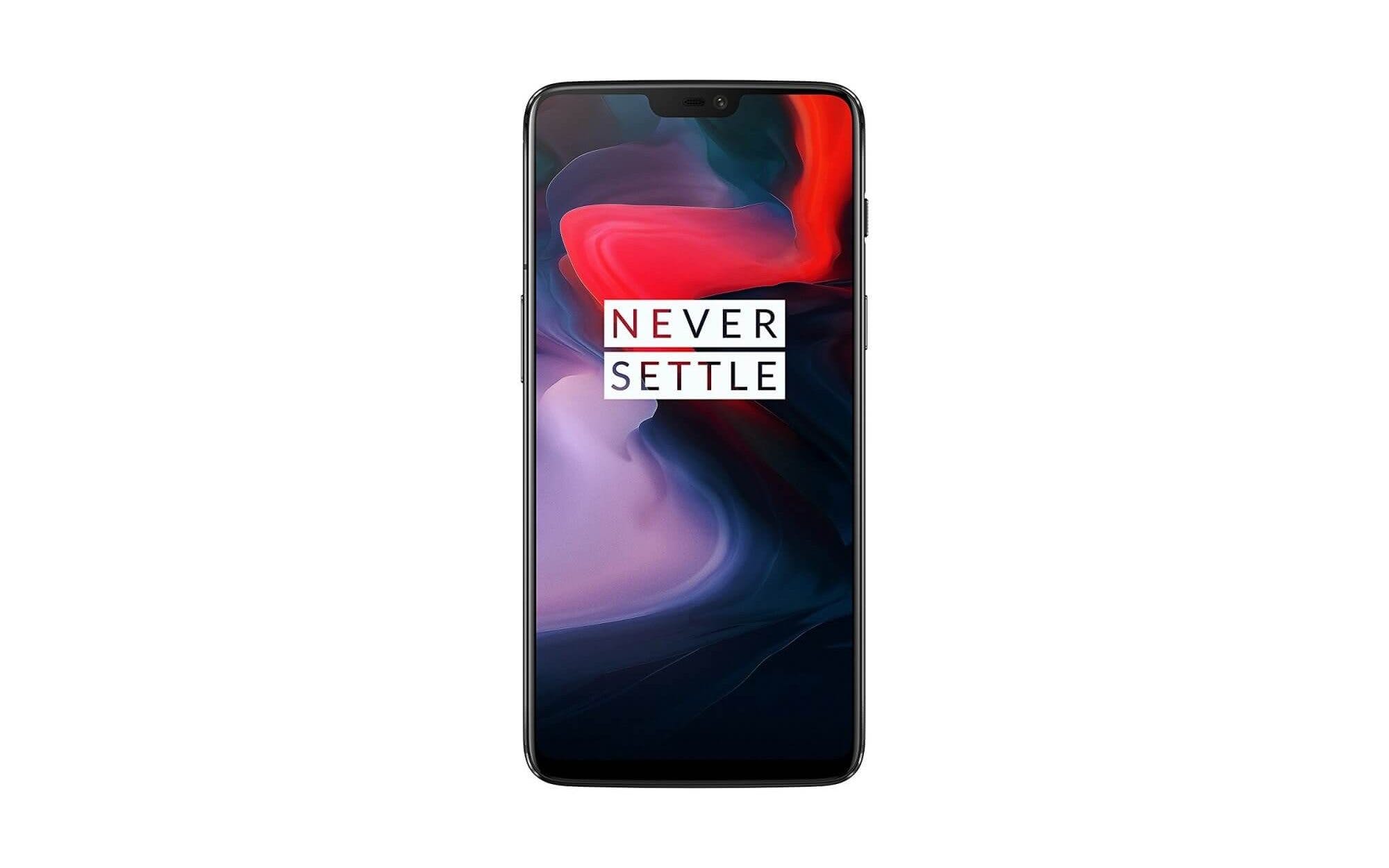 How can a phone be both flagship and flagship killer? Is it both? Or is it neither? We won’t truly know until we get it in our hands as a daily driver, but on the surface, things are looking good for the OnePlus team.

Coming in with the Snapdragon 845 chip this is going to be the 6th(ish) phone launched to the UK market with the system on a chip chipset. There are a few more you can ship in from China, but available readily, there is limited choice if you want the best chipset on the market, and the OnePlus 6 has it! 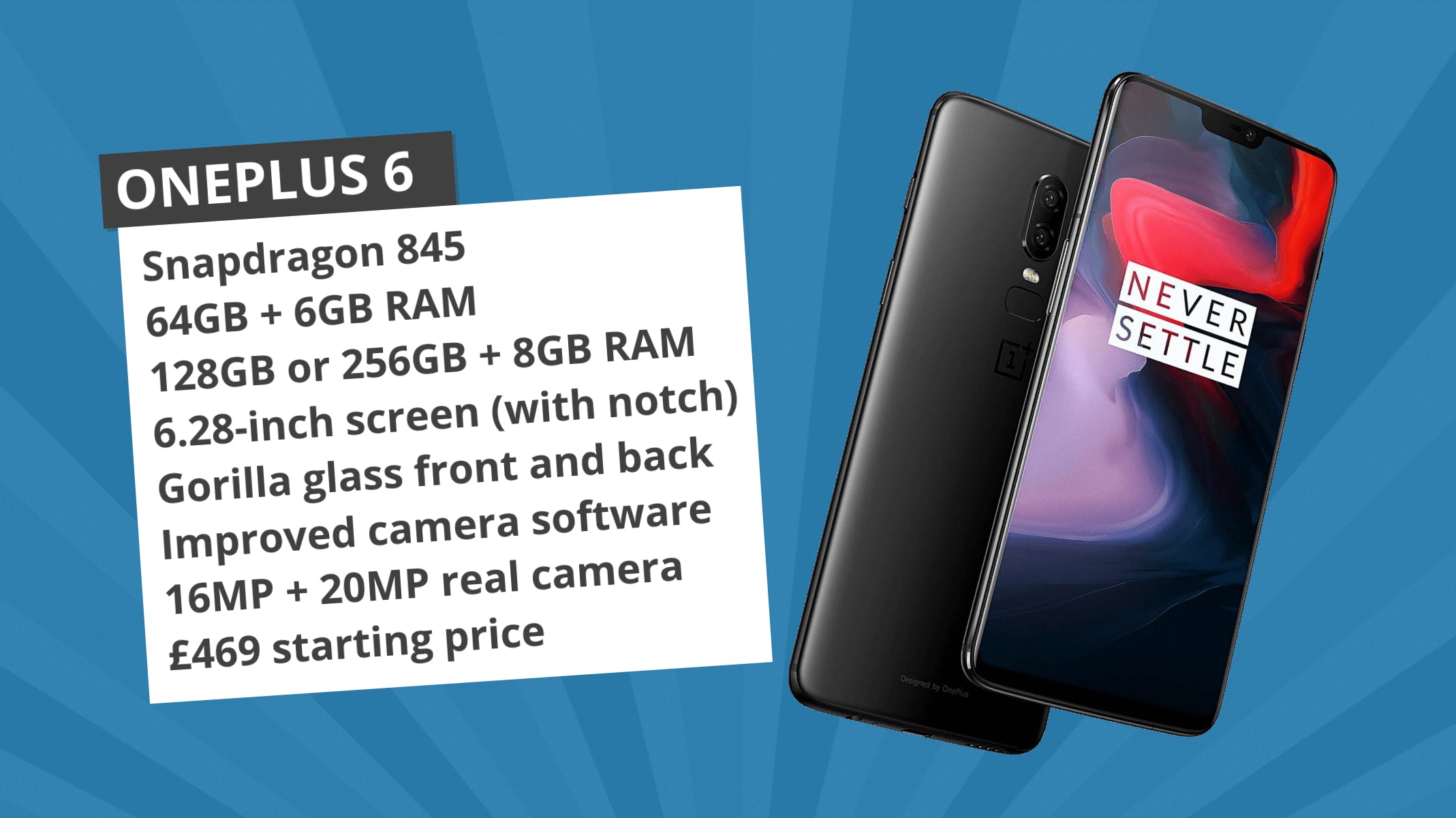 Once again there are two variations with 6GB of RAM and 64 GB of storage or a whopping 8GB of RAM and 128GB or 256GB of storage but with no expandable storage option these options might feel limited for those wanting to take advantage of the slightly improved camera.

Although the camera quality hasn’t been improved from the 5 and 5t, the size of the Sony sensor has been increased with the 16MP rear facing camera letting more light in, which is said to improve picture quality.

The screen is going to be the largest yet seen on a OnePlus device with the very fashionable 19:9 aspect ratio, 6.28 inches of screen size. As expected with a lot of the Chinese phone brands, they are going the route of having a notch at the top of the screen. 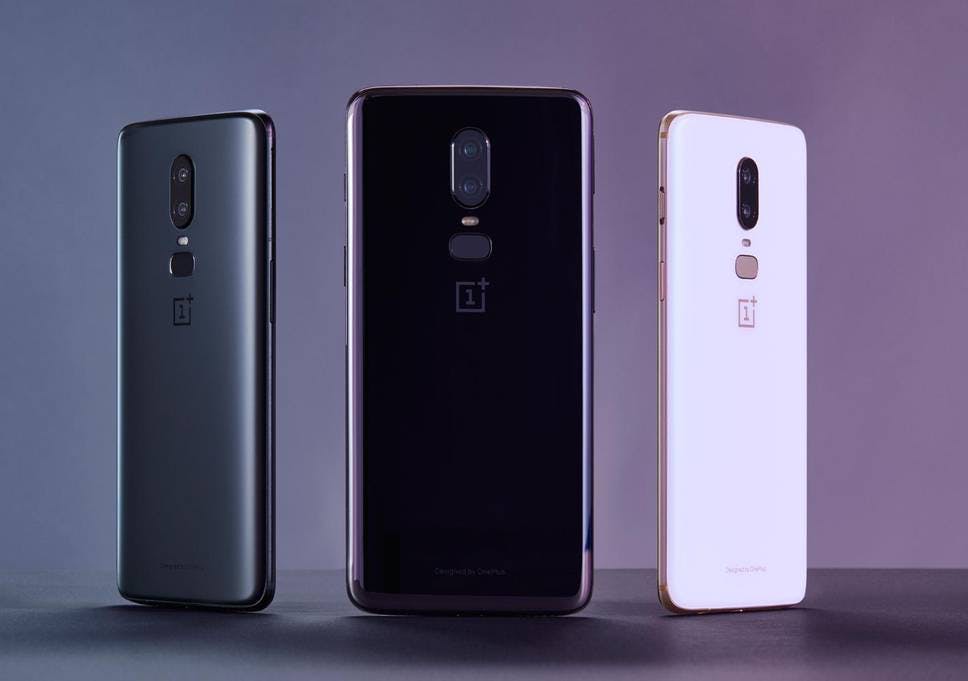 Despite the bigger screen, the size of the device hasn’t increased over the 5 or 5T and with a better screen to body ratio, a lot of thought has been put into it how to get the most out of it.

In a first from OnePlus, the phone is covered, front and back, with Gorilla Glass 5. This hasn’t however been a choice made to introduce wireless charging, this is still absent from the models, so the glass back can only really be attributed to a design choice.

Speaking of design choices, they have been particularly reserved in their design and colour choices with this model, only black, grey, and white versions are available. With the glass on the back, we do not know what this will mean for the fan favourite carbon fibre or mahogany customisable back plates.

Previous OnePlus owners will notice the alert slider and the sim tray have both been moved to the right side, this might catch a few people off guard. Small changes like this show constant refinement and user testing.

The OnePlus 6 will continue with the same biometrics unlocking, with fingerprint and face unlock, these have also been supercharged thanks to the improved processor allowing you to unlock in 0.4 and 0.2 seconds respectively.

Dash Charge makes a return, giving you a days charge in half an hour, but does this make up for the wireless charging which they have opted to ignore for another release.

Is the OnePlus6 a flagship killing phone or a flagship in its own right?

For OnePlus, it certainly is, but what about for everyone else, is the quality going to shock your family and friends? Possibly not. But there’s no denying there is killer value in this latest offering from OnePlus.

If this sounds like the right phone for you, you can order the OnePlus 6th from the 22nd of May!