Yesterday the successor to the fantastic HTC One was revealed and confusingly it’s also called the HTC One. To help tell them apart HTC are referring to the new One as the M8 and in their defence it didn’t cause too many issues when Apple simply called the 3rd generation iPad the New iPad. While the name is the same there are a some significant improvements over last year’s model to equip it for battle with the Galaxy S5 and latest iPhone. In the eyes of many the HTC One was the best phone of 2013 and while it didn’t sell any where the numbers of the iPhone 5S or Galaxy S4 it looked fantastic and was a joy to use so can the M8 really be a huge success no matter how good it is?

The M8 is immediately recognisable as a close relative of the original One with lots of metal and a classy black bezel around the screen but while the chassis of the One was only 70% metal the M8 is 90% metal with those plastic sides a thing of the past. Visually the M8 is certainly attractive but the overly curved corners may leave it looking a tiny bit less beautiful than the One did, the more-metal shell gives it a significantly more premium feel however. The biggest difference is those capacitive buttons one the original One are gone, replaced by the onscreen buttons found on many newer Android devices.

On the inside the M8 has the same Qualcomm Snapdragon 801 2.3Ghz quad-core processor as the Samsung Galaxy S5 with 2GB of RAM, 16GB or 32GB onboard storage and microSD slot for up to 128GB or extra storage. The usual Bluetooth, NFC and Wi-Fi are present and correct, plus the IR blaster of the One makes a return. The M8 has a 2600mAh battery touted to give you up to 20 hours of 3G talk time and with a 5-inch 1080p screen that capacity will come in very handy.

The UltraPixel camera of the original One produced some very nice images, especially in low-light conditions. The M8 features an improved version of the UltraPixel camera and HTC are not even talking about megapixels and instead focusing on the quality of the images it produces. The rear of the M8 actually features two sensors and a dual flash, this Duo Camera can do some very advanced effects including changing the focus of the image after you’ve taken the photograph. The software included allows you to mess around with the background and has plenty of neat little tricks. For video you can capture 1080p and some nice new features such as slow motion are available. The 5MP front-facing camera is capable of filming in 1080p and will produce more than satisfactory selfies. 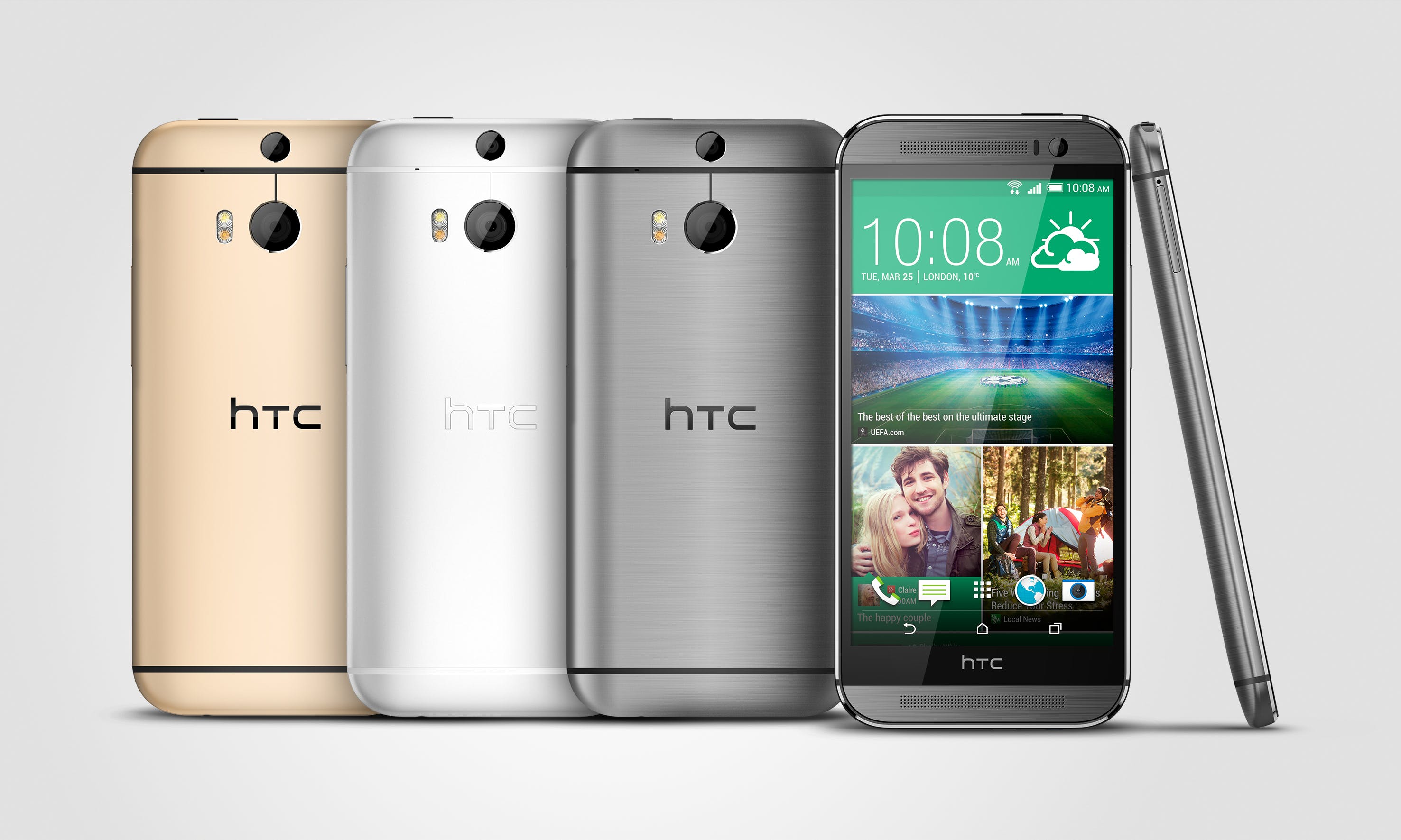 The excellent BoomSound speakers of the original One return and are even better according to HTC, few phones can even come close to matching this kind of volume and sound quality even if it is no match for a decent Bluetooth speaker. The M8 features the latest version of HTC’s Sense UI although a Google Edition will be available for those who prefer a purer Android experience. Interestingly HTC have produced a special case for the M8 with a dot-matrix style display to show you the time and notifications without needing to look at the screen, something a bit different which looks pretty cool.

Much like the One last year it looks like HTC may have produced one of the best, if not the very best smartphone of 2014 but it remains to be seen if it will fail to catch consumers attention just like its older brother. The HTC One (M8) will be available in the UK in April in grey, silver, and gold. If you’re thinking of upgrading don’t forget to head over to Compare and Recycle and find out how much your old handset is worth!