Modders get Half-Life running on an Android Smartwatch

The idea of gaming on your watch isn’t a new one. Some low-cost kids watches have come equipped with simple games for years and developers have been experimenting with gaming on smartwatches from day one. Doom has long been the game that gets just about everywhere, even ATMs, but it’s such an old game that it’s not particularly impressive everytime somebody gets it running on an unexpected piece of hardware. The fact that modders have managed to get Half-Life running on an Android Wear device is very impressive however and although it’s never going to be very playable on such a tiny screen it demonstrates the sort of thing these devices are capable of.

Smartwatches haven’t been readily available for all that long and although the Apple Watch has definitely kick started interest not that many people are using them yet. It’s unlikely you’d use your watch to play a full-blown PC game like Half-Life but seeing that this is possible gets us excited about what developers will be able to achieve in the future. Over the next few years smartwatches are expected to not only gain a lot more popularity but also improve massively.

Half-Life clearly wasn’t created with this sort of device in mind and the menus and controls make it impossible to play properly, plus it’s pretty buggy. These are early days though and it’s not hard to imagine a similar title developed specifically for a smartwatch could be a fun little distraction. Currently smartwatches don’t have anywhere near the power or memory of a high-end phone but with the way things are moving it won’t be long before your watch is as powerful as your phone is now and you can only imagine what your phone will be capable of! 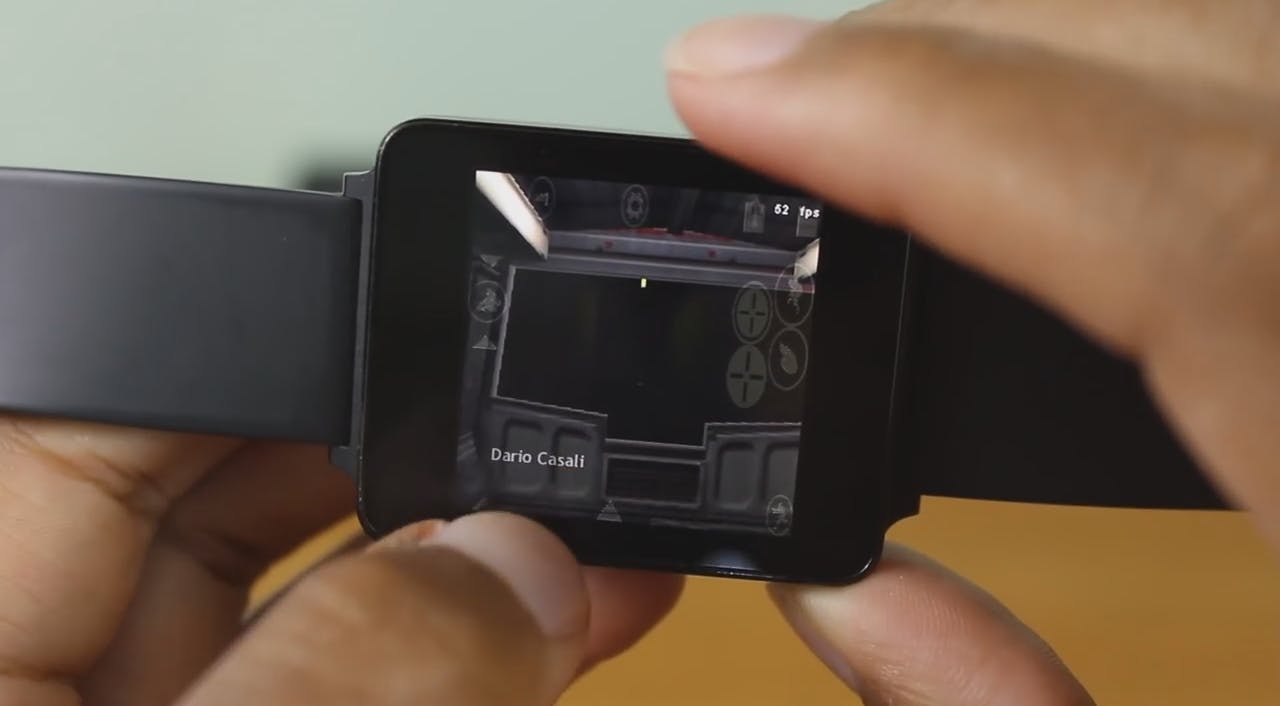 Battery life is probably the most disappointing thing about smartwatches right now and even the costly Apple Watch can struggle to last a full day. With that in mind playing games is probably the last thing you would want to do on your smartwatch right now or you’ll be left with no power left to do anything else. As the hardware improves and developers come up with apps and games which suit a tiny screen smartwatches will become much more useful but in the meantime cool little projects like this are most welcome!