Set to be announced on the 31st of August 2017, the latest LG is a bizarre alt-flagship device. The V-Range has long been an alternative affair. The LG 4 range has, in recent years, been a strong case study in excellence hidden by modesty. The V range doesn’t suffer the same issues – the sensibilities of the G range are lost in translation when it comes the V range. Let us highlight why the V range has this reputation.

The feature-laden handset will include everything, and we mean everything, from the LG repertoire. The handset will be incredible – the V20 had dual screen technology, removable battery, quad DAC technology along with microSD functionality management. The handset was also the first, outside of the Google universe, to come with Nougat. It was deemed by reviewers to be excellent – although ridiculously expensive. The only relative downside was that the handset wasn’t released in Europe. 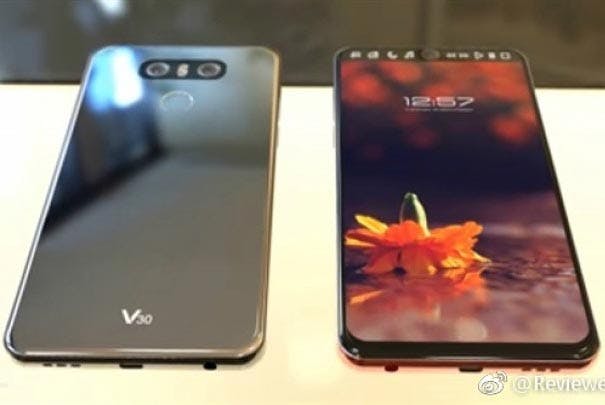 Google outed the so-far biggest product reveal when they said that the LG V30 will support Google Daydream VR straight out of the box. This is a nod to the Google-LG relationship on VR and the future possibilities therein. However, Daydream VR aside, the handset will of course come with an LG OLED screen and this plays into the Daydream VR compatibility requirements. Therefore, Daydream VR will play a big part in this handset’s functionality.

As TechRadar articulates, the LG V30 form-factor will follow its “predecessors screen-under-screen display” technology. It is rumoured that this screen-under-screen technology will allow users to use a part of the screen to read emails or the news whilst having access to notifications and app buttons at the bottom – increasing productivity. Favorite leaker Evan Blass has shown the potential applications that the dual screen can be used in;

What needs to happen?

It needs to be released world-wide. It is a solid hardcore handset and it demands a global audience to utilise the diverse array of functions. The removable battery, dual-lens camera and almost military-grade durability – the V20 could practically be run over by a car and it would still work! It should also incorporate LG’s hardcore and wicked flexible display technology – there are so many uses for this technology and using the V30 as a Guinea pig could give developers a handset for future possible applications. The slow death of the 3.5mm headphone jack, courtesy of Apple, means LG need to revolt against this and allow the V30, as the alt-flagship to showcase why the quad DAC amp technology, and a 3.5mm jack, are a good duo for music lovers!

Obviously, the design needs to be fluid – this means that bumps and camera lens rises need to be kept to a minimum. The minimalist design of the 2008-10 period should make a comeback! Furthermore, as an alt-flagship device HDR as standard and also need to be Dolby Vision ready. Having these functionalities, along with Daydream VR, would make it an entertainment-centric handset that would be the go-to device for any devotee of high-quality multimedia devices.

What will it have?

We will have to wait until the 31st of August 2017 to find out. Whatever will be included, it will continue in the alt-flagship standard it has set with the V10 and V20. However, please LG make it available in the UK and Europe. It is a masterful handset and having a global audience to enjoy the technology would be a wondrous end to a great handset.