Huawei Mate 10 series announced: The leader or the follower? 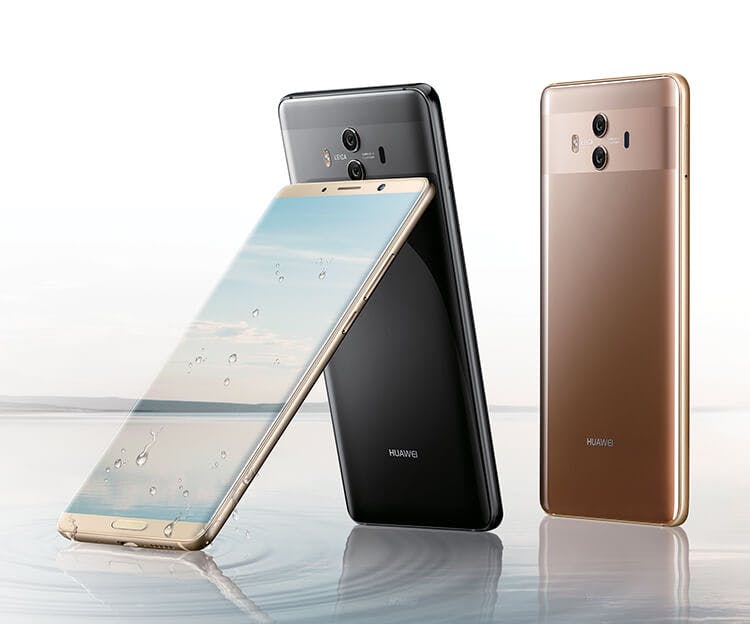 Huawei Keynote took place in Munich today where Chinese tech giant joined almost-bezel-less trend announcing the Mate 10 and Mate 10 Pro lineup. Before the announcement, Huawei teased us with Mate’s 10 neural engine and what difference it will bring to smartphone performance. So let’s see if the new industry leader was unveiled just a few hours ago or is the Mate 10 Samsung’s and Apple’s follower.

The design elements got key improvements. Shape-wise you will find the Mate 10 a bit wider, but 19:9 aspect ratio and slim bezels will contribute to nice feel in hand. The 5.9-inch LCD display occupies the front of all-glass Mate 10. The bottom bezel wraps the fingerprint scanner around, whereas on the Mate 10 Pro it got relocated and now takes centre-rear alignment. Huawei decided to treat its Pro version with 6-inch OLED display with aesthetically thin bezels. The front with new HD+ display really stands out. The handset is not an exception to this year’s standard 18:9 screen-to-body ratio with a 2160 x 1080 resolution. 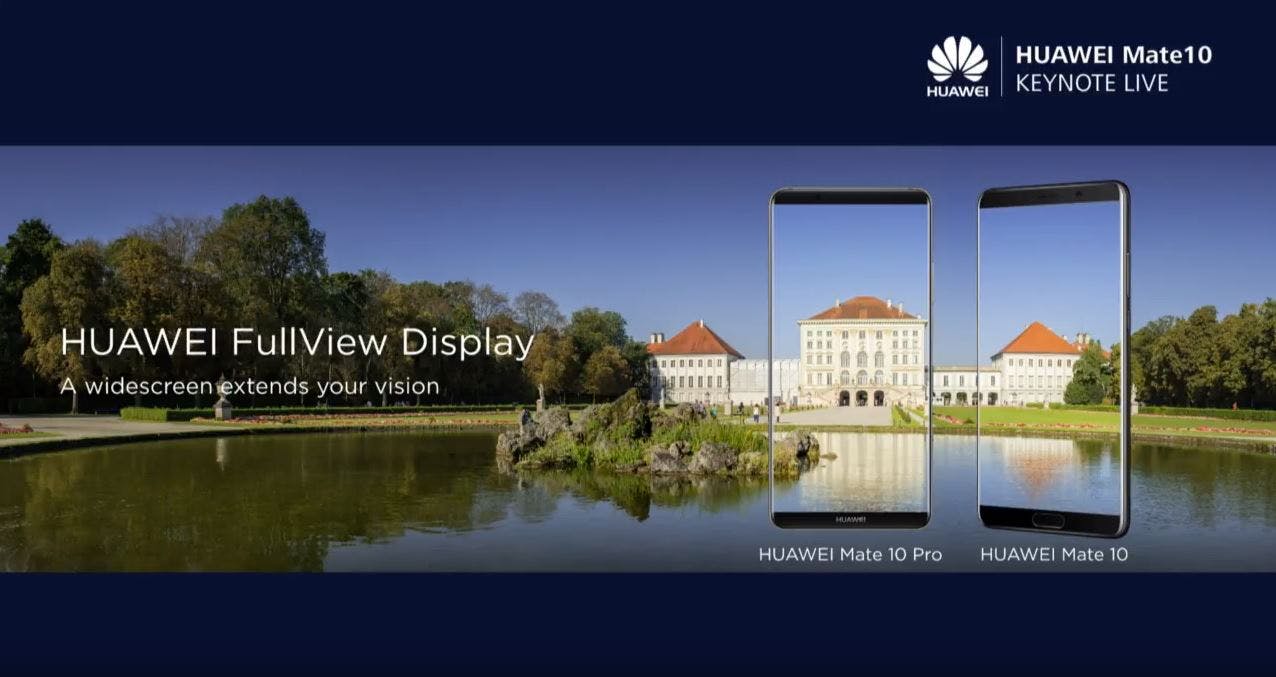 Earlier in September Huawei announced its ultimate Kirin 970 Neural Processing Unit. In other words it’s AI infused processor and it is packed in both Mate 10 flagships. Reportedly, the new chip will offer 25 times better performance and 50 times greater energy efficiency. In real life, Huawei Mate 10 users will get AI tasks completed quicker. The device will recognise your behaviour and will adjust settings and suggest user experience friendly solutions.

The greatest advancement NPU brings to photo taking process. The Smart Camera feature will recognise the objects you’re about to snap and will take a picture in an appropriate mode without you configuring settings. So no matter what level are your photography skills, you can nail it with picture-perfect results.

Both phones stand out thanks to a 4,000 mAh beast battery and dual sensor Leica cameras. The camera set up includes a 20 MP colour and a 12 MP monochrome sensors for better detail and light capturing. Mates 10 come with Android 8.0 and latest EMUI – Huawei’s software skin- out of the box.

Although Mate 10 and Mate 10 Pro are from one family, they come with couple differences. The Mate 10 still (thanks God) come with a 3.5 headphone jack and microSD slot, but it cost the IP67 water and dust resistance of which Mate 10 Pro is a proud owner. Pro version has more internal storage options: 64GB and 4GB of RAM as well as 128GB and 6GB of RAM. The Mate 10 will be only available with 64GB storage capacity.

Alike, Galaxy Note 8 and S8 duo, Mates 10 offer desktop mode. There is no docking station required though, you can experience desktop environment just by plugging in your phone via a USB-C cable. Privacy Settings can be filtered allowing to mute notifications and eliminate them popping up during your presentation in front of the public, for example.

That’s not it, yet

As you might think, Mate 10  and Pro variants are the only ones in the Mate 10 family this year. But Huawei announced slightly more sleek and fancier Mate 10 Pro in cooperation with Porsche. The Mate 10 Pro Porsche Design comes with the same under-the-hood specs and brings 6GB of RAM and internal storage up to 256GB.

When it will be out?

Not much details were announced from the stage, but the UK is in the first-wave launch markets, so we should see the Mates 10 available in stores from November so no Black Friday deals, unfortunately. Assumingly, UK price will be around £710. 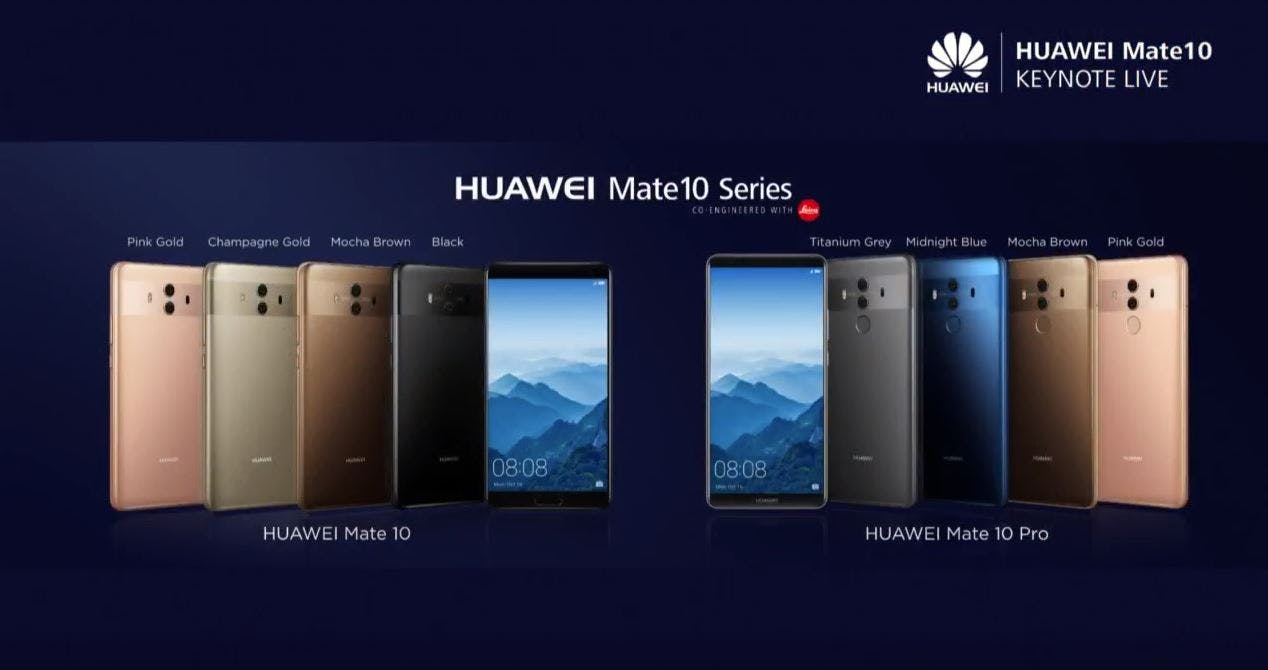 Nevertheless, iPhones 8 were released first with Apple’s A11 all bionic chipset, Huawei’s AI-first focus in its Mates 10 is definitely setting the highest heights for its competitors. Hopefully, NPU will allow Huawei to lead the market in AI direction for better user experiences across devices.